A new report on civil unrest in the region calls for a longer and wider lens in analysing reasons and rationales. 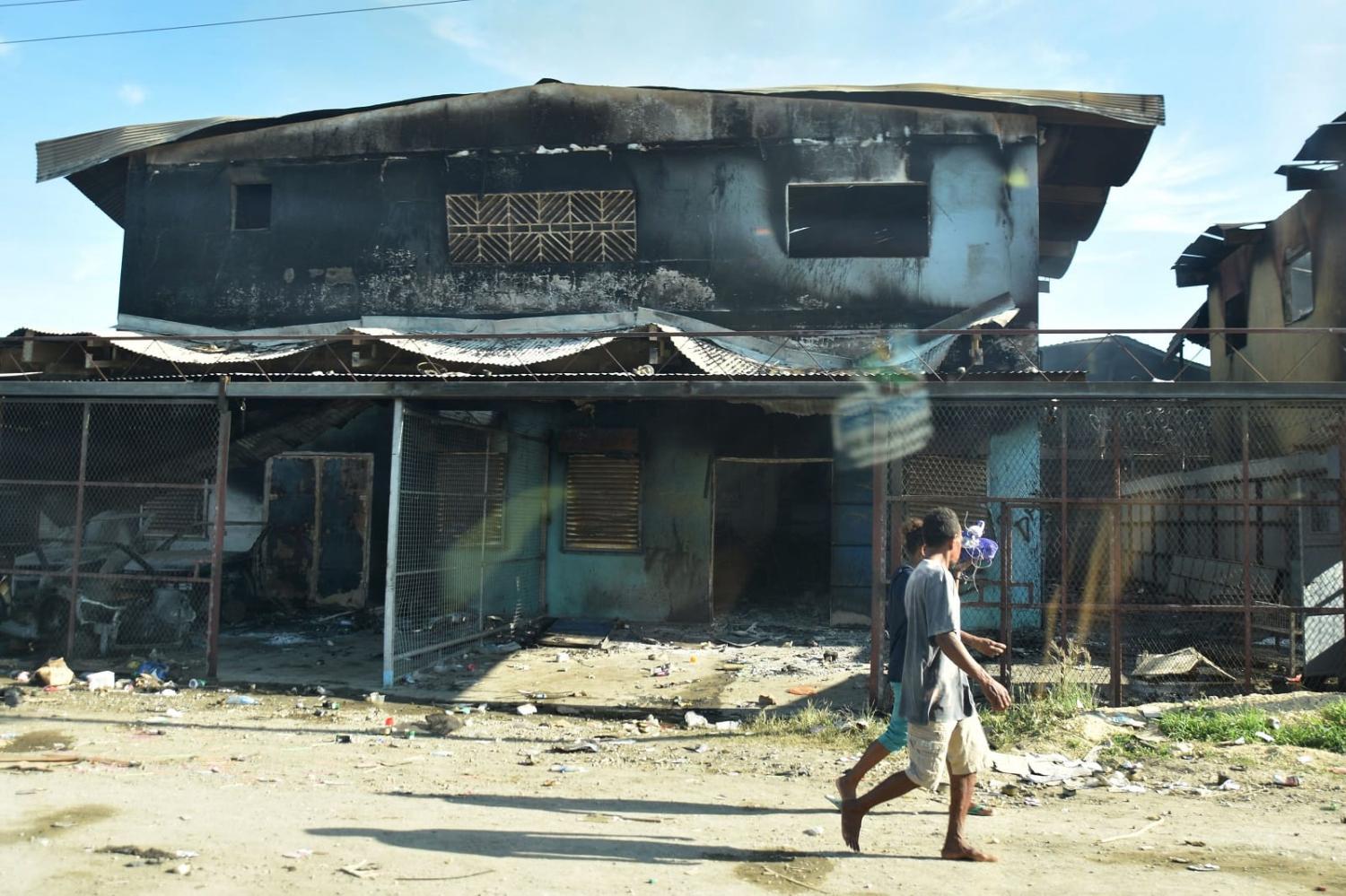 “Do you think there will be riots today?” is a common question I get in my message box each time there are political controversies in Solomon Islands.

A number of colleagues and I had predicted key elements of the devastating Honiara riots that occurred in November 2021. However, the scale of those riots was also shocking, causing an estimated SBD$811 million (AU$149 million) in damage. A year later, Chinatown is still in ruins and some Asian businesses, having literally been burned down twice in riots (in 2006 and again in 2021), will never return to Solomon Islands. Police and armed forces personnel from Australia and other countries remain in Solomon Islands under bilateral security treaties. Such interventions illustrate how the costs of unrest spread beyond the affected country to other nations and regional institutions.

A quarter of the fourteen Pacific Island countries have experienced riots in the past 15 years.

So, how predictable are riots in the Pacific? What is common to riots across the region? Why do governments seem unable to control them? These questions were addressed as part of a research report released on 21 November that I wrote for the Australia Pacific Security College. The report is an initial comparison and analysis of the actors, grievances, targets and responses across thirteen major riot events that occurred in the Pacific Islands region between 2006 and 2021.

A quarter of the fourteen Pacific Island countries have experienced riots in the past 15 years, including Papua New Guinea, Solomon Islands, Tonga and Vanuatu. Despite the differences between these countries, there are some similarities, particularly when it comes to the grievances of rioters.

The report finds that the usual and combustive grievances leading to riots in the Pacific context include: dissatisfaction with national governments and/or perceptions of corruption; political transitions (in terms of leadership or systems); and resentment arising from perceived benefits given by government to foreign migrants and businesses. The presence of large youth populations in cities may also be a factor, but more so in dynamic relation to other issues such as socialisation of youth to violence and their own experiences of marginalisation. How the process of protesting or rioting plays out also matters. In particular, how leaders engage, or not, with peaceful protesters can influence the behaviour of rioters. Expectations of leadership or changes to governance (such as action against corruption) that are not met, or met with stony silence, are tinder for riots, it seems.

Most of what the public knows about riots comes via the media, which gives the sense that riot events are here today, gone tomorrow. However, just as wars are analysed with long and wide lenses, so too should riots be evaluated. One of the few Pacific analyses of riots that takes this wider view, by Steven Ratuva, tracks back two centuries to fully assess the “watershed moment” that was the 2006 riots in Tonga.

Responses by national governments and security partners such as Australia, New Zealand and more recently China, also lack depth. Responses that Australia provided to the Pacific 15 years ago did not change in 2021: more security personnel (usually foreign and temporary); and capacity building activities such as police training and “crowd control” equipment. In Solomon Islands in the past 12 months, “gifts” of weapons and equipment have piled up, as both China and Australia fight for influence in the police force and national political leadership. Meanwhile, in Papua New Guinea, official figures confirm seven people were killed by police firing into crowds of protestors in the last 15 years, more than double the number killed by rioters. Conversely, in Vanuatu, the work of chiefs has been useful in quelling unrest and preventing further acts of violence in situations of rioting.

Despite documents such as the Boe Declaration, in which Pacific leaders take a human security approach, and significant experience in regional conflict resolution, there is little application of these approaches to places experiencing riots. The report suggests looking beyond riot events as matters for police response only, to matters that the development, peace and security sectors should coalesce around for positive change. This includes addressing grievances and triggers that contribute to riots, networking local initiatives that promote peace (such as crime prevention, youth projects, and community policing) and understanding more about riot processes to prevent them in future.

“Are there going to be riots today?” will most likely be a question that can never be answered definitively. However, national and international agencies can be less reactive and more preventative by understanding local dynamics that can avert or limit riot events, and learning from, rather than repeating, the Pacific experiences of riots.

Early tensions over the China Solution cropped in a debate on the ‘Kindle­berger Trap’, a theme initiated by political scientist Joseph Nye.
Alexandre Dayant 11 Mar 2020 11:00

Links and stories from the aid and development sector.
Daniel Flitton 20 Jan 2022 11:30

A test of Australia’s place in the world

For a sporting nation, why doesn’t competition with the region hold more appeal?