With farmers in Australia crying out for more workers, some outside-the-box thinking could help. 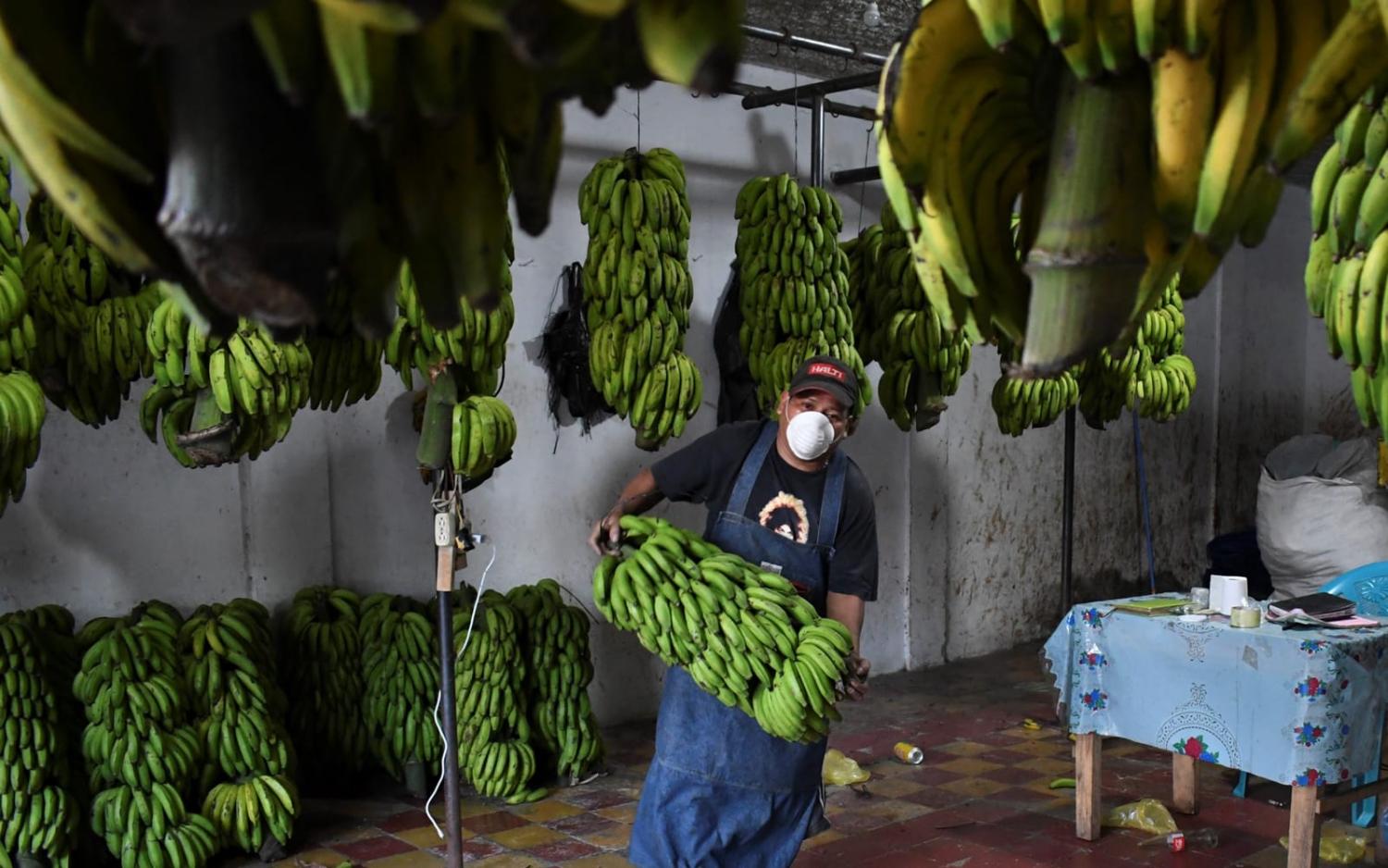 Anthony Albanese could be forgiven for wanting a break from foreign policy. Having recently clocked at least 20,000 kilometres on the summit shuttle across six days and three countries, with more handshakes than can be counted, surely the world can take care of itself for a while.

This would give the PM a chance to focus on important jobs at home – “jobs” being the crucial word. Making sure Australia has enough workers to grow the economy has been one of the government’s stated goals in its first six months in office.

“To be more attractive in the global labour market for the skills that we need,” as Albanese has explained.

But if Ronald Recinos, Guatemala’s ambassador to Canberra, could grab 30 minutes of the Prime Minister’s time, he has a proposal that he believes could strike just the right balance between foreign relations and domestic demands.

“Guatemala has a solution for Australia,” Recinos tells me, interviewed for The Interpreter series exploring the priorities of Canberra’s less prominent embassies.

“We’ve got the workers.”

Specifically, fruit pickers. And plenty of them.

The advantage for Australia would be shoring up the food supply chain against what farmers warn is an “unprecedented labour crisis”. Guatemala’s win would be remittances.

The orchards and groves in the fruit bowl regions of Australia have been crying out for labour. Covid border closures cut out a cohort of as many as 26,000 backpackers and temporary migrants that would otherwise work in the agricultural sector each season. Millions of dollars of valuable produce has withered on the branch. Mangos, bananas, cherries, more.

“We’ve got workers that know how to pick this fruit because we produce the same exact fruits that Australia produces,” Recinos says, seeing the opportunity to establish a regular year-to-year workforce, similar to programs Guatemala already has in place with the United States and Canada.

Not that Recinos wants Guatemala to cut across established labour schemes Australia has with its Pacific neighbours. But he senses there is enough work to go around for all.

“Your priority has to be your closest neighbours. But the reality is that there hasn’t been enough [workers]. So, we could complement those schemes that are already in place,” he says. “We have a specific office that takes care of the workers and recruitment, getting them all the paperwork they need, and putting them on planes so that they can go to other countries and work.”

“And it’s a solution that will also help Guatemala, so it’s a win-win situation.”

The advantage for Australia would be shoring up the food supply chain against what farmers warn is an “unprecedented labour crisis”. Guatemala’s win would be remittances. Even allowing travel costs and accommodation, Recinos says, wages in Australia would still far exceed those offered at home. More so, it would help diminish the pull of illegal immigration, where people across Central America regularly attempt to cross into the United States in search of work, falling prey to criminal gangs and creating border tensions.

“These are workers that don’t intend to migrate,” Recinos says. “They just want to make some money and go back and build a home or start their own business.” So, the aim for the seasonal agricultural workers program is to regularise the process. “In our experience,” he says, “none of the workers that have gone to Canada for example overstay their visa, there’s been no problem. It’s a program that works and I think we can implement it here.” 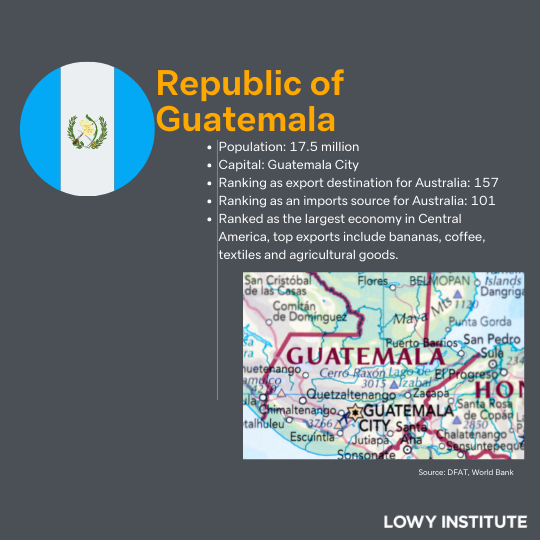 Some of the newest embassies in Canberra represent Central American countries – Panama, Costa Rica, El Salvador as well as Guatemala – not a region with which Australia is renowned for close ties. This grouping of embassies has opened since 2011 after Australia signed as an observer to the Central American Integration System (SICA). Australia, in turn, is accredited to each from its embassy in Mexico City. 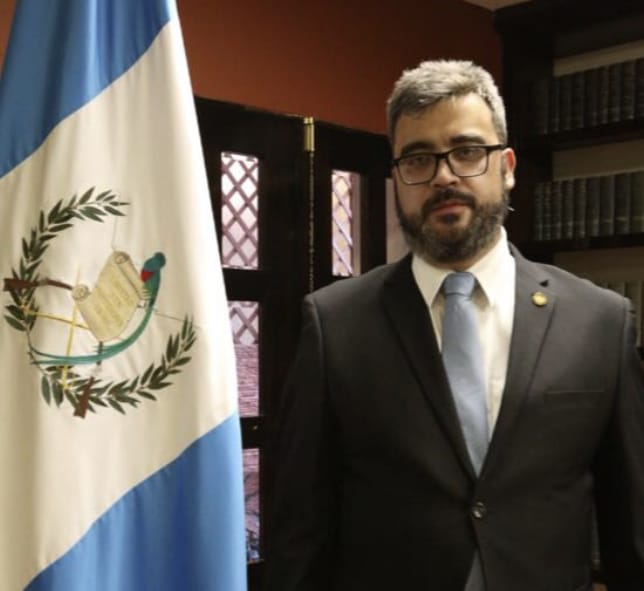 Recinos, pictured, arrived in Canberra two years ago. Watching as the world has grappled with Covid disruptions, particularly to supply chains, he hopes Guatemala’s proximity to the United States will encourage Australian business to consider “nearshoring”.

“We’re only two hours away by plane from the United States, two days by sea, and 72 hours away by land,” he says. Seeing Guatemala as a steppingstone for operations to the United States, still one of Australia’s largest markets, would reduce costs substantially. Guatemala, meantime, would benefit from local employment and taxes. A dairy goods business from Australia already has a foothold in Guatemala as a step to the US market, and Recinos sees the chance for beef exports, too.

“We just have to start thinking out of the box. The traditional ways of supply and demand are not going to go back to pre-Covid days, I don’t believe that we’re ever going to see that world again. So, we have to start looking for other ways to benefit our own producers and that supply chain.”

And should Recinos get the chance to meet with Albanese, he would also share a perspective on another of the PM’s priorities – ensuring a voice for Indigenous Australians.

“We both have amazing cultures,” Recinos says of the Indigenous heritage in Australia and Guatemala “that we should be proud to have been in place for thousands and thousands of years.” But the troubled history following colonisation is the point on which to share lessons.

“We both have failed in the way we treated them.”

Reconciliation efforts in recent decades have moved along similar timeframes, Recinos says, and while Guatemala has a much larger Indigenous proportion of its population – upwards of 40 per cent – he believes the two nations are working to address similar issues related to disadvantage and disenfranchisement, whether about native title rights, teaching Indigenous languages or broader education. “Both from the mistakes that we’ve committed, and from the things that we’ve done right, I really think that there’s a lot that we can learn from each other.”

And he’d finish his meeting with the PM on an optimistic message.

“Australia has a big chance of becoming a world player. And I think this government has seen it,” he says. “We’re very excited to be able to work with this new government and find benefit for both of our sides. We have proven that Australia is important to us by placing an embassy here. And we would like to engage in bigger things with Australia.”

Previous Article
Defence and development reviews: bringing parallel tracks together
Next Article
Riots serve an unexpected lesson in the Pacific

Making a judgement in the present about events in the past is fraught with difficulties.
Sarah O’Connor 20 May 2020 11:30

Nations have battled one another for strategic advantage in space for decades. Actual fighting would be a step beyond.
Alvin Y.H. Cheung 9 Feb 2018 09:15