The pledge of a “a responsible end” to America’s involvement in Afghanistan’s war will likely have the opposite effect. 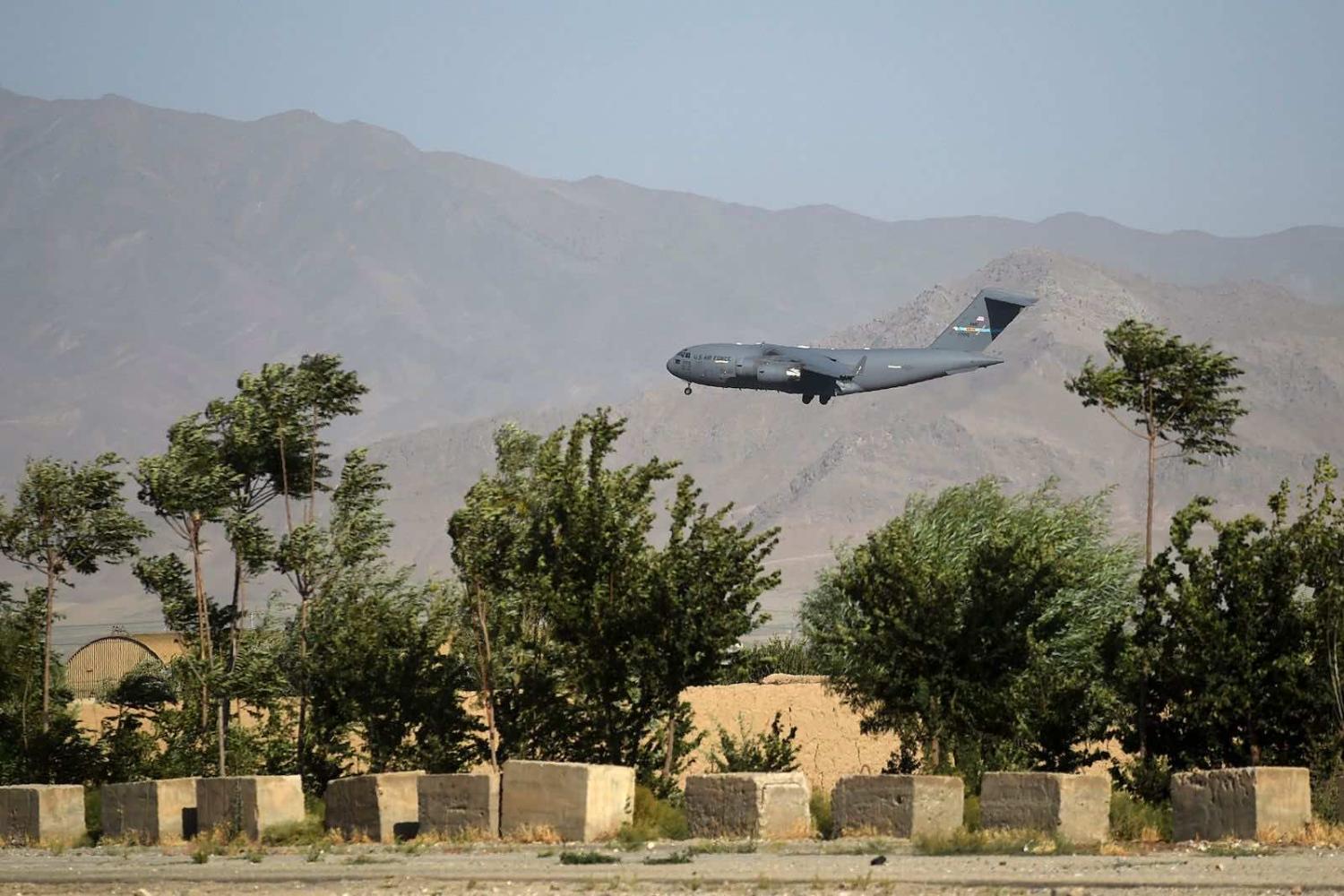 Bagram Air Base, Afghanistan, on 1 July 2021, just before it was abandoned by US forces (Wakil Kohsar/AFP via Getty Images)
Published 12 Jul 2021     Follow NishankMotwani

Bagram airbase, the nerve centre of US and allied forces operations in Afghanistan, turned into a ghost town over the American Independence Day 4 July weekend. Reports indicate that US forces left in the dead of night on 2 July without informing their Afghan counterparts.

Afghans are stunned that the Americans packed up and left without the slightest courtesy of communicating their exit to an ally that lost at least 703 security forces personnel in June alone and over 64,100 troops since the war began in October 2001. The ensuing silence at Bagram airbase to many Afghans symbolises that their country has been abandoned and left to defend itself against the onslaught of the Taliban.

The departure of American and allied forces leaves behind an Afghan ally that is fighting for survival. US President Joe Biden’s decision to withdraw all troops from Afghanistan by 11 September 2021 – now flagged to be brought forward to 31 August – and bring “a responsible end” to America’s involvement in Afghanistan’s war will likely have the opposite effect. The departure of the American military and the loss of the strategic weight it characterised is likely to push the country closer to civil war.

The prospect of a civil war is increasingly real as thousands of civilians arm themselves to fight Taliban advances, a mobilisation the Afghan government does not control, which can metastasise into new challenges for a beleaguered administration in Kabul. Seeing the course of events, the United Nations mission in Afghanistan warned of “dire consequences”, and the outgoing US commander of Resolute Support cautioned of “civil war” as the Afghan government struggles to hold the line against Taliban advances.

While the US and NATO allies chose to fight but not win, the Taliban believed in fighting and winning and have remained focussed on achieving military victory by outlasting a superpower.

The likelihood of a civil war is not an exaggeration. Dr Abdullah Abdullah, chairman of the High Council for National Reconciliation, noted that “the survival of Afghanistan is in danger”.

The Taliban have proclaimed victory against the US and are on course to declare a total victory should they displace Afghan President Ashraf Ghani. The insurgents wagered they would win as the US gave up on defeating them long ago, claiming there was no military solution to the war in Afghanistan as far back as 2006. While the US and NATO allies chose to fight but not win, the Taliban believed in fighting and winning and have remained focussed on achieving military victory by outlasting a superpower. Already the Taliban have asserted victory as their shadow mayor in a Balkh district stated, “we have won the war and America has lost”. Such statements reflect the Taliban’s confidence in seizing power after the last remaining foreign forces have left the country.

As for the Doha peace talks, the Taliban will stay engaged so long as it boosts their legitimacy at the cost of Ghani’s. However, the Taliban have no incentive to make concessions to Ghani’s government they view as nearing defeat. This point is underscored by the fact that the Afghan government is not a party to the US-Taliban peace agreement. The Taliban will play along in the Doha talks because it has delivered them a political gift of appearing like a government-in-waiting or in exile. As the Taliban wave the Doha deal as a reason to force all international military personnel to withdraw, it seems the only visible outcome the Doha talks have produced is photo opportunities with the Taliban.

The Taliban are making a concerted push to capture northern provinces and districts, which in the mid-1990s posed significant resistance to a military takeover. The Taliban’s assault on the provincial capital Qala-i-Naw of Badghis province and numerous districts in Takhar and Badakhshan provinces demonstrate their aim to neuter any such resistance from emerging in the north. These northern provinces share international borders with Turkmenistan and Tajikistan, which the Taliban seek to control to block any potential movement of militias, intelligence, or military support that might flow to anti-Taliban fighters or government forces.

The intensity of the fighting forced Afghan security forces to cross into Tajikistan for refuge where at least 1,600 retreated over the past fortnight after clashing with the Taliban. Although hundreds have been repatriated, such retreats raise questions about the cohesion of the Afghan security forces and whether they are at risk of disintegrating or melting away. While the cohesion of the military forces might be in doubt for some units, the Afghan National Army and its Special Forces have been actively fighting the Taliban to retake lost districts but have suffered heavy casualties.

The lightning speed with which the Taliban have gained territory risks triggering a mass refugee emergency in the millions, which is likely to precipitate if the Afghan government collapses.

As the fighting flares up, civilians are increasingly becoming caught in the crossfire, resulting in significant internal displacement. Taliban forces in the northern provinces have exacerbated the crisis by forcibly displacing civilians, looting and burning down homes, and retaliating against civilians for cooperating with the Afghan government. The lightning speed with which the Taliban have gained territory risks triggering a mass refugee emergency in the millions, which is likely to precipitate if the Afghan government collapses.

The Taliban have labelled the Afghan government an illegitimate puppet regime of the Americans worthy of dissolving in favour of their Islamic Emirate. This is a curious assertion to make given that the Pakistani military establishment runs the Taliban, its leadership is based in Pakistani cities, and are under the tutelage of a foreign power that provides strategic ballast to the insurgents to kill their own people. Moreover, the Taliban fail to recognise the paradox of calling an elected government illegitimate, having never endorsed or participated in any popular electoral franchise themselves, but believing in their absolute and uncontested rule.

The only actor the Taliban remains answerable or accountable to is not the Afghan people but the Pakistani military leadership in Rawalpindi. It is thus not a surprise that Afghans reject such an arrangement.

Afghanistan: To leave or not to leave

Under the Doha deal, US forces are meant to be out of the country in mere weeks. Either way, peace appears far off.
Shivangi Seth 10 Jun 2022 05:00

Sending women to serve as peacekeepers is laudable. But at home, women continue to be marginalised.
Iain MacGillivray 6 Sep 2021 06:00