The Philippine president has pinned hopes on a miracle solution to the Covid crisis while gutting effective responses. 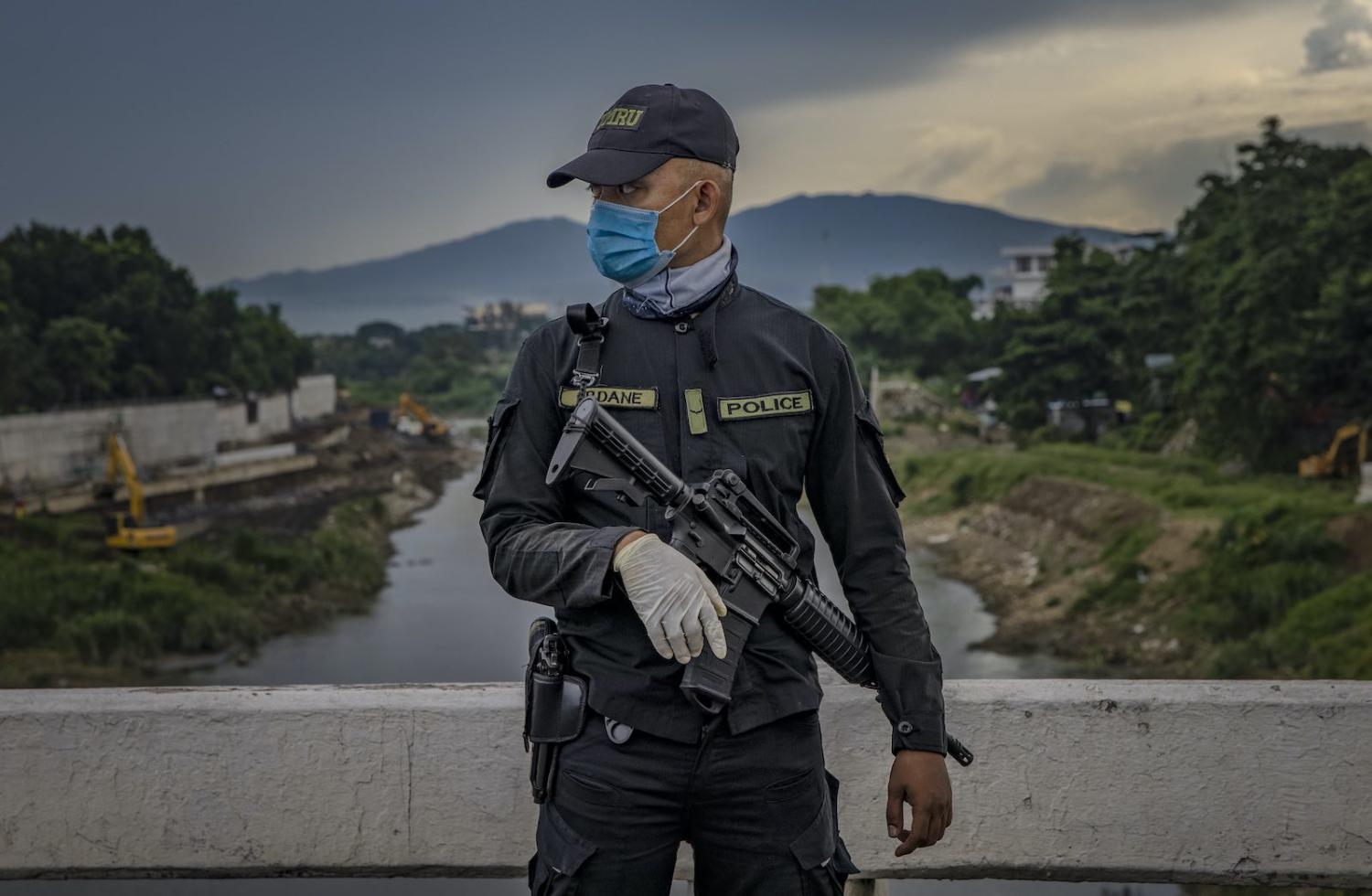 As early as April, Philippine President Rodrigo Duterte set a P50 million (A$1.45 million) reward for anyone who comes up with a vaccine for Covid-19. Since then, Duterte has assured the public that inoculations for the virus will soon be readily available. The administration went so far as to say in August that a Christmas without Covid is a distinct possibility. That same month, he claimed that Russia was willing to distribute free vaccine shots to the Philippines, and to prove that it works, he would let himself be injected publicly.

However, the regime seems to have exaggerated evidence of the obtainability of the vaccine. At present, 170 vaccines are being developed in the world. According to the New York Times tracker, not one has reached the stage that can be considered safe for mass distribution. An overwhelming majority of the efforts remain in the pre-clinical stages. While Philippines Food and Drug Administration Chief Eric Domingo touted last week that the country is quickly being vetted as a site for trials, other medical experts believe the process will take much longer when it is approved.

Vaccine production can be tricky and dangerous without adequate safeguards and trials. Dr Julie Caguiat of the Coalition for People’s Right to Health explained that unlike the pronouncements of the president, injections for the virus will only come to market by the middle of next year at the earliest. This is because monitoring of possible side effects will take a significant amount of time before any vaccine is deemed safe.

The Philippines has wrangled with vaccine-related fiascos before. In 2017, under the Duterte administration, the Department of Health oversaw the use of Dengvaxia, a vaccine to combat dengue fever. Overall unpreparedness and a lack of proper risk assessments contributed to dozens of vaccine recipients dying in the first few months from complications associated with the vaccine. By mid-2019, there were more than 600 fatalities relating to Dengvaxia, most of them children.

There is less economic aid and less focus on public health precisely because Duterte is more concerned with security and crackdowns.

But now, pinning hopes on a miracle solution to Covid-19 has taken precedence over strengthening the healthcare system. It’s been more than six months, yet doctors and nurses continue to lament the poor conditions of work and the overall lack of support. The cost of badly needed supplies like personal protective equipment is still shouldered by employees, and frontline medical personnel have been hit hardest by the virus.

Doctors and nurses account for the highest number of fatalities, as patients increase by the thousands each day. During a one-week period this month, the number of healthcare workers infected rose by more than 1000, taking the total to 8494. The country’s total number of confirmed cases is now around 307,000.

Basic requirements to curtail the virus, such as testing, remain unaffordable, especially for the poor who greatly need it. There is still no comprehensive state-backed testing program, and most test kits are only available at private hospitals.

Meanwhile, the ailing economy has undergone the worst recession in decades. Recent reports show that unemployment reached highs of 45%. Nearly half the adult population is jobless. Worse, government spending on social assistance for the poor has dried up. For 18 million families, only P16,000 ($466) has been distributed for people to survive on since the pandemic hit.

Barring any imminent arrival of a vaccine, is the government really addressing the crisis through medical and economic support? Proposals by the administration and their congressional allies for next year’s budget allocations indicate the answer is no.

Public health funds are set to decrease by more than 23%, with epidemiology and surveillance, considered crucial in handling a pandemic, receiving significant cuts – down more than 50% since 2019. Welfare spending will be halved, with the notable exclusion of the social amelioration program doled out earlier this year for low-income families. Significant boosts will be given to infrastructure spending. The same goes for law enforcement and military, with a special P16 billion ($467 million) allotted for weeding out communist rebels and conspirators who the regime considers terrorists.

Duterte has brutally cultivated his strongman image. Under his tenure, human rights atrocities have been on display for the world to witness. During the pandemic, the president has traded barbs with local and international human rights groups about the mounting violations committed against his political opponents. Public protests and all manner of condemnation have increased, so it comes as little surprise that as the crisis worsens, the state’s primary impulse is to amplify its armed forces.

Symbolic of this reaction is the recent announcement that vaccine distribution would be facilitated in police stations. Duterte also invited communist rebels of the New People’s Army to come freely to law enforcement if they wanted to get inoculated. It was his way of telling his detractors that they can either surrender to him or try to survive the virus unassisted.

The promise of a Covid-19 vaccine has become Duterte’s placebo for political stability. He wants people to get behind him, to think he has the answers, even when there are glaring gaps in the pandemic response. But there is less economic aid and less focus on public health precisely because Duterte is more concerned with security and crackdowns.

Doctors like to reiterate that the arrival of a vaccine will not cure the disease, although it will make giant leaps in preventing its spread. At the same time, it is important to recognise when it is being used as a propaganda tool. The Duterte regime is unstable because it has neglected its constituents and allowed multiple crises to continue spiralling. There is growing unrest in the country because Duterte’s administration is the way that it is. And there is no vaccine for the abuse of power.

A few “female bodies” in meeting rooms is not the end goal for advancement and empowerment of women at the UN.
Aarti Betigeri 26 Mar 2021 13:30

State elections will test whether diversity in local politics can steer the country away from one-party dominance.
Andrea Chloe Wong 8 Oct 2021 10:00

The spectacle featuring Duterte and his daughter in the next Philippines presidential election comes as no surprise.