The elusive pragmatist who transformed political Islam in Indonesia

Hilmi Aminuddin had a central, if rarely seen, place in polarising arguments over the role of Islam in the state. 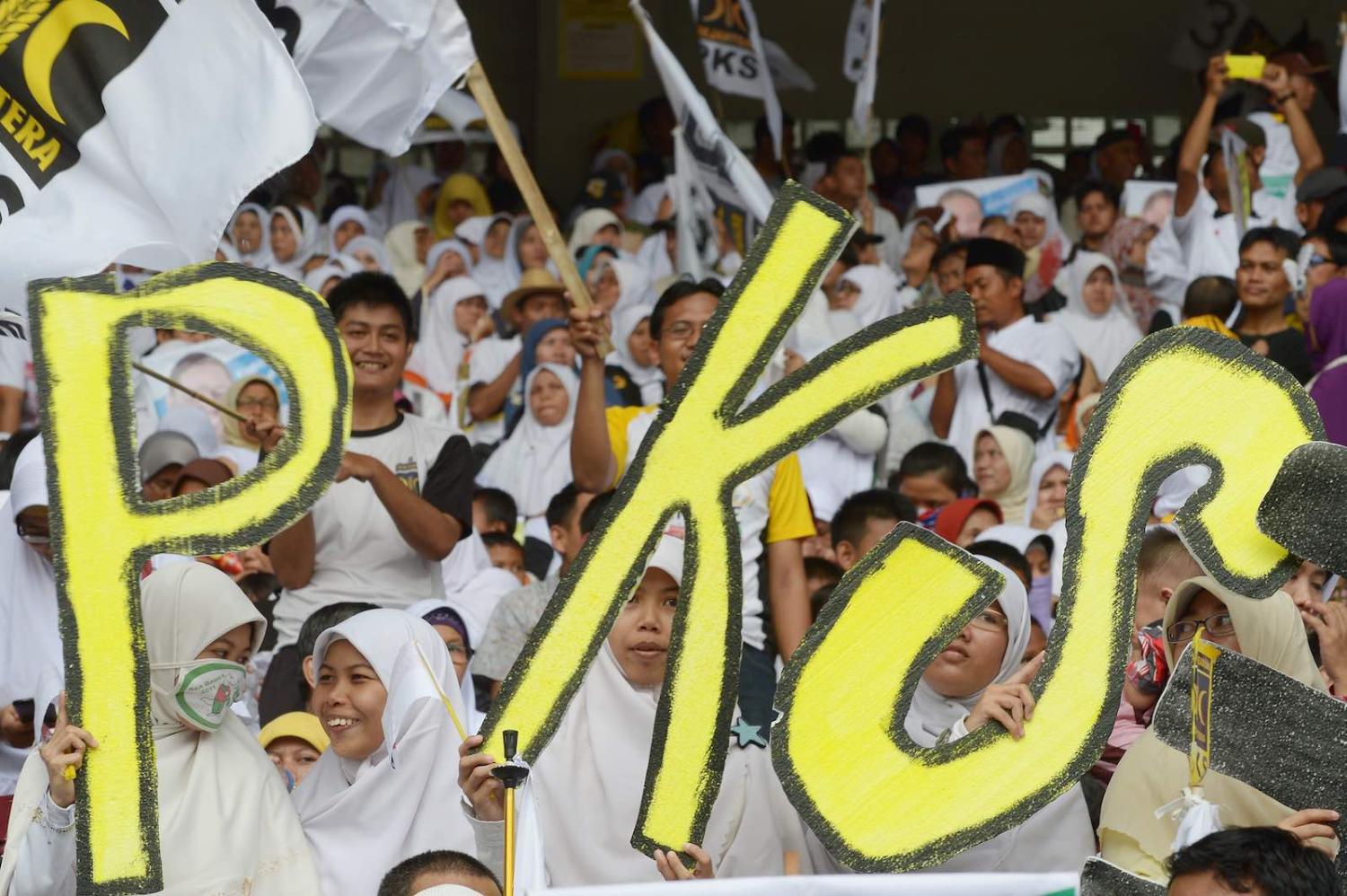 Hilmi Aminuddin, who brought the Muslim Brotherhood to Indonesia, died on 30 June 2020. Hilmi was a Muslim scholar who founded the opposition Prosperous Justice Party (PKS) after the fall of the Suharto regime. Before that, in 1983, he established the Indonesian branch of the Muslim Brotherhood – the world’s largest Islamist movement. Elusive in death as in life, he was buried at night near his estate in West Java under strict Covid-19 protocols, having contracted the virus along with his wife and son. Hilmi was 72.

To the public, Hilmi was an unremarkable party man. If he was seen at all, typically it was in the black felt cap associated not with Islamism but Indonesian nationalism. From behind the scenes, however, he helped to transform political Islam in the world’s largest Muslim nation. While the massive mainstream organisations of Nahdlatul Ulama and Muhammadiyah hold the banners for traditionalism and modernism, respectively, he introduced a disciplined socio-political project to Islamise Indonesia through the universities, through the democratic process and ultimately through the state.

The Association of Muslim Scholars offers condolences on the death of the Indonesian preacher and Islamic activist Sheikh (Hilmi Aminuddin bin Dato). pic.twitter.com/2O5YUIU4rb

In the Muslim Brotherhood’s internal dialectic between pragmatists and idealists, Hilmi was the pragmatist par excellence. He held the Brotherhood title Muraqib ‘Amm, or General Guide, and was connected to his counterparts in branches in the wider Middle East and to the leadership in Egypt. But he and his party came to aspire more to Turkey than to Egypt, seeking a modern Islamism or even “post-Islamism”. (Turkey has since gone a step further into post-democracy.)

Both pragmatism and elusiveness were hard-coded into his project. Its social dimension, a movement known as Jemaah Tarbiyah, was the outcome of a negotiated compromise with President Suharto in the early 1980s to channel Islamic activism into personal piety and away from radicalism. In return, Hilmi was given the space to build the movement on university campuses and in the cell-like structures modelled on the Egyptian Brotherhood.

Prior to this, he had seen oblivion in a Suharto military prison. He was the son of Danu Muhammad Hasan, a commander in Darul Islam, Indonesia’s seminal jihadist movement that fought Sukarno in the early years of the Indonesian republic. In the 1970s, Hilmi worked with his father, who had been co-opted by military intelligence (BAKIN) on a scheme to revive the Darul Islam network as a tool for the New Order state. But the militants had minds of their own, and the project backfired, leading to a wave of violence, of which the 2002 Bali bombings represent the long tail.

For his role in the botched operation, Danu was detained and, after many years, tried in 1983 for subversion. On his release in 1986 he died in mysterious circumstances. Hilmi appears to have avoided his father’s fate by having earlier, in 1973, taken up a scholarship from Suharto’s intelligence tsar, Ali Moertopo, to study at the Islamic University of Madinah, Saudi Arabia. He graduated in 1979. It was in Madinah that he and his Indonesian peers first made contact with Muslim Brotherhood thinkers. But back in Indonesia, in the early 1980s he too spent time in detention without trial, alongside other Darul Islam militants—a period about which little is known.

Hilmi’s post-prison pact with Suharto came at a moment of peak regime power and is testament to the New Order state’s capacity to “vertically integrate” anti-system elements according to its organicist philosophy. If the state was a “family”, militant Islamists were the estranged uncles who were invited back to the party (yet again), but under strict house rules.

Fairly or not, Hilmi’s legacy will be scored on whether political Islam in Indonesia can avoid the missteps of the Middle East.

Fast forward to the fall of Suharto in 1998, Hilmi and his friends from his Madinah days saw the chance to launch what was initially called the Justice Party. In 2011 one of those co-founders, Yusuf Supendi, fell out with the party and alleged that the majority of financing in those start-up years was provided by Muslim Brotherhood sources in the Middle East and the Gulf.

Since then, in the polarising arguments over the role of Islam in the state, the PKS has been seen by its critics as a Trojan Horse smuggling intolerant Middle Eastern culture into Indonesia. A counter to this argument is that the party represents a successful reconciliation between Indonesian Islamism, with its origins in the Darul Islam movement, and Indonesia’s modern democratic republic. A reconciliation, no doubt, bootstrapped by the Brotherhood model, which is thus its greatest strength and greatest weakness.

Of course, the question of an Islamic state looms in the background. But when PKS became a junior partner in the Susilo Bambang Yudhoyono government, it was practically a science poster for the inclusion-moderation thesis. The party was allotted the ministries of agriculture and communications. It pushed through parliament a regressive anti-pornography law. But also it become much more like all the other parties, vitiated by patronage politics and cross-party compromises. Sex and corruption scandals ensued.

One of the few times Hilmi made the TV news was in 2013, when he became embroiled in an Anti-Corruption Commission (KPK) investigation into the manipulation of beef import quotas. After giving evidence as a witness, he and his security guards got into a melee with an insistent media scrum. Party president Luthfi Hasan Ishaaq was convicted in the case and sentenced to 18 years in prison.

To my knowledge, the only foreign scholar to interview Hilmi Aminuddin was the Dutch anthropologist Martin van Bruinessen. In an interview in 2008, Hilmi told van Bruinessen that he had attended international Muslim Brotherhood meetings alongside the former Turkish prime minister Necmettin Erbakan and current president Recep Tayyip Erdoğan.

On news of Hilmi’s death, Necip Fazil Aksoy, a senior Turkish Islamist from the Saadet Party, posted his condolences on Twitter. Hilmi was a leader of Indonesia’s Islamic movement, Aksoy said, and a “close friend” to late prime minister Erbakan.

Condolences also came from the Association of Muslim Scholars of Iraq, which praised Hilmi for his 2003 statement against the US invasion. He had been a champion of Middle Eastern causes in Indonesia. But he also helped to import the Middle East’s sharper divide between Islamists and nationalists – a divide that has come to characterise politics during the Joko Widodo presidency.

Fairly or not, Hilmi’s legacy will be scored on whether political Islam in Indonesia can avoid the missteps of the Middle East. Alive to these missteps, in 2013 he addressed a protest in Bandung against the military overthrow of the Muslim Brotherhood–led government of Egypt’s Mohamad Morsi, telling the crowd, “It turns out they cannot accept us winning in the theatre of democracy”.

“This is what we should take note of,” he said. “So, don’t assume because we are a democracy, we are safe. We must be vigilant. Conspiracies will unfold before us.”

Previous Article
Canberra vs Beijing: Getting serious about costs
Next Article
Economic diplomacy: Covid recovery, from Singapore to the EU

As Indonesia takes the G20 presidency solving the country’s food security crisis should be top of the agenda.
Natasha Kassam 20 Mar 2019 10:00

Why reciprocity matters: the US Reciprocal Access to Tibet Act

China’s days of treating the US as a peer and expecting special treatment at the same time appear to be running out.
25 Jan 2017 15:33

This week's links include new statistics on student migration and workers visas, ruminations on the PNG election, gold mining underway again in The Solomons and an Oscar nomination for Vanuatu film.