The “dual circulation” strategy announced at the National People’s Congress could shift global economics and politics. 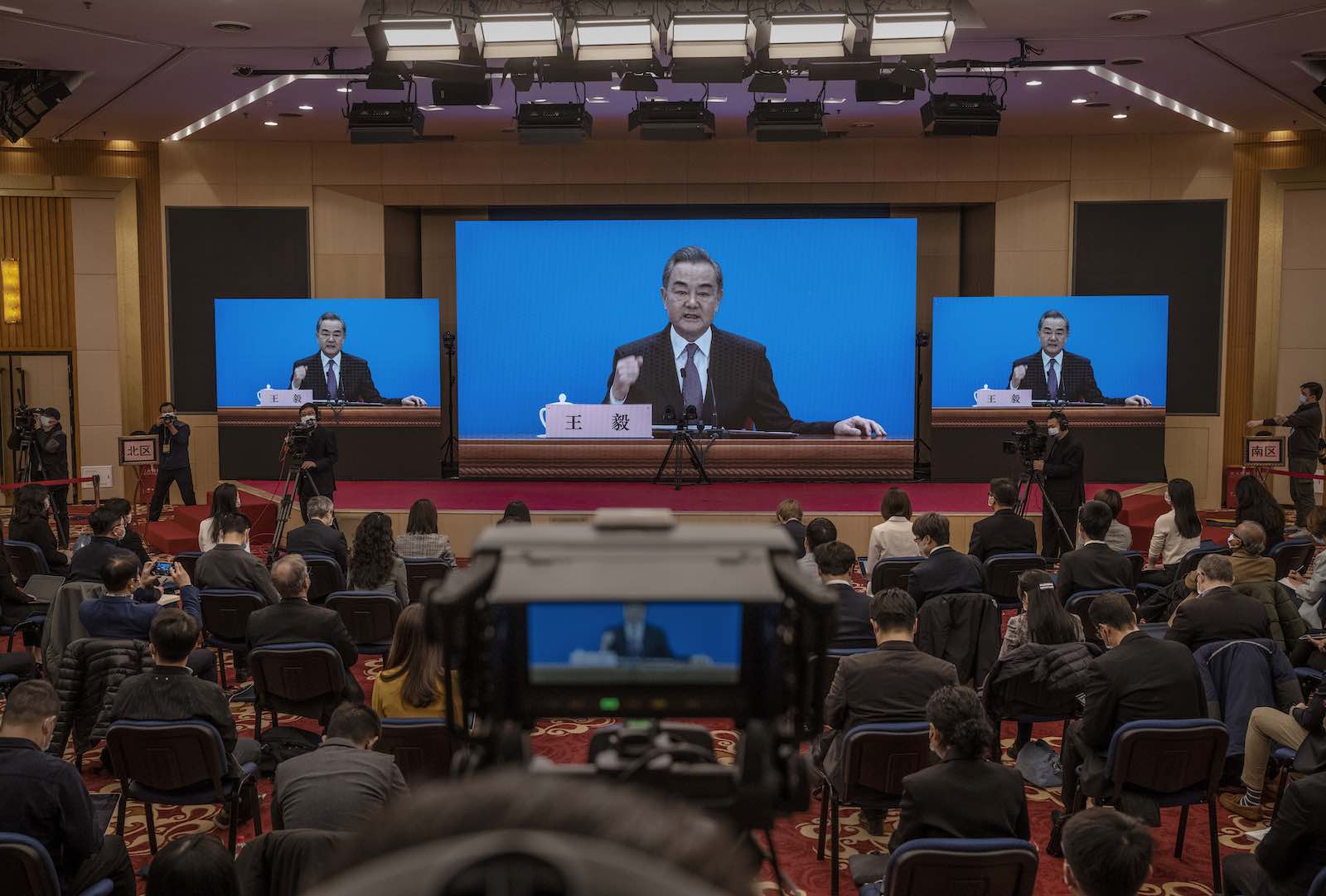 China’s yearly National People’s Congress (NPC), which convened last week in Beijing, generated more attention than usual. Most of the headlines focused on the confab’s decisions to impose additional electoral restrictions in Hong Kong, a predictable but nonetheless dismal further deterioration in that city’s political vitality.

But amid the news about Hong Kong, economic growth targets for 2021, and self-congratulation for weathering the Covid-19 pandemic, the NPC also approved an ambitious economic agenda for the next 15 years. In particular, the assembled delegates endorsed the new “dual circulation” strategy – comprising “domestic circulation” and “international circulation” – a framework first coined by Xi Jinping last year. More than mere economic tweaking, this strategy, if successful, will have profound implications for global economics and geopolitics.

One the one hand, the strategy will encourage greater reliance on China’s enormous internal market (“domestic circulation”) for growth and technological innovation, rather than on capital-intensive growth, low-value exports and imported technology which spurred the country’s economic success in the past.

The other half of the strategy, “international circulation”, will double down on China’s long-standing effort known as “Made in China 2025” (MIC 2025). The aim will be to upgrade its manufacturing base through the integration of information technology to improve productivity, increase the indigenous content of higher-end technology products, reduce reliance on foreign inputs and become more self-sufficient technologically.

As Premier Li Keqiang declared in his work report to the NPC:

We will give priority to domestic circulation, and work to build a strong domestic market and turn China into a trader of quality. We will leverage the flows of the domestic economy to make China a major magnet for global production factors and resources, thereby promoting positive interplay between domestic circulation and international circulation.

The dual circulation strategy, and MIC 2025 in particular, ultimately aim to position China as the leading source of critical technologies and industrial outputs of the future across the value chain – in design, manufacturing processes, technology and material inputs, and finished products – in high-priority sectors including next-generation information technology, robotics, aerospace, high-speed rail, green energy, biopharma and new materials. Analysis by Chinese think tanks and foreign counterparts estimates that the MIC 2025 plan hopes to capture 40–80% of the global value chains in these sectors between 2020 and 2030.

If successful, the implications of this strategy are enormous. For China, the strategy holds the potential to break through the “middle-income trap” which has stalled the advance of numerous other emerging economies in the past. Critically, the dual circulation strategy hopes to dodge the growing threats of “decoupling”, disrupted supply chains and intensified protectionism laid bare by deteriorating US-China relations – especially across high-tech trade and financial market access – and made worse by the Covid-19 pandemic.

The NPC is not a deliberative body, but rather a political pageant to formalise decisions already made by party higher-ups. As such, the announcements last week signal a profound rethinking in Beijing.

China is far from technological self-sufficiency. It remains highly dependent on foreign technologies and market-access, especially in certain foundational technologies, such as semiconductors, which will be crucial to the development of other advanced industrial sectors. For Xi, this has to change. As he warned comrades back in 2016: “Our dependence on core technology is the biggest hidden trouble for us.” Instead, he stresses the need to “tighten international production chains’ dependence on China, forming a powerful countermeasure and deterrent capability against foreigners who would artificially cut off our supplies”.

These developments are significant for Australia. The outlook for Australia-China economic relations is already bleak. If, as declared at the NPC, China continues to slow its capital-intensive development model and expand its consumption-led and green-growth plans, this would negatively affect traditional Australian exports of iron ore and coal.

Should China successfully transition in the coming decade to high-income status, this could bode well for Australian exports catering to wealthier Chinese – high-quality agricultural goods, education, tourism, health products, lifestyle brands and possibly fintech. But that assumes the present awful state of bilateral relations dramatically improves and Chinese consumers are not lured to other sources for those products – both highly unlikely prospects in the near-term.

In addition, if China succeeds in its ambition to dominate markets in key high-end technologies by 2030, this will likely squeeze certain Australian high-tech aspirations in both Chinese and global markets.

Moreover – in line with Xi’s ambition to achieve a greater economic “deterrent capability” against foreigners – it could result in greater leverage against Australia within some advanced technology sectors. As US-China technological competition intensifies, the fallout will wash over our shores.

Beijing’s drive for self-sufficiency may have even larger geopolitical ambitions. Mindful that asserting its control over Taiwan by force would likely result in massive economic retribution by the US, Japan and others, China needs to build resilience to bear those costs. If a more confident, “self-reliant” China moves against Taiwan, Australia’s security and economic interests will not be immune.

The NPC is not a deliberative body, but rather a political pageant to formalise decisions already made by party higher-ups. As such, the announcements emanating from the Great Hall of the People last week signal a profound rethinking in Beijing. The stakes are high – not only for China, but also for global economics and geopolitics for years to come.