The UAE earned goodwill for a deal with Israel, but the US is still struggling to win backers for its hard line on Iran. 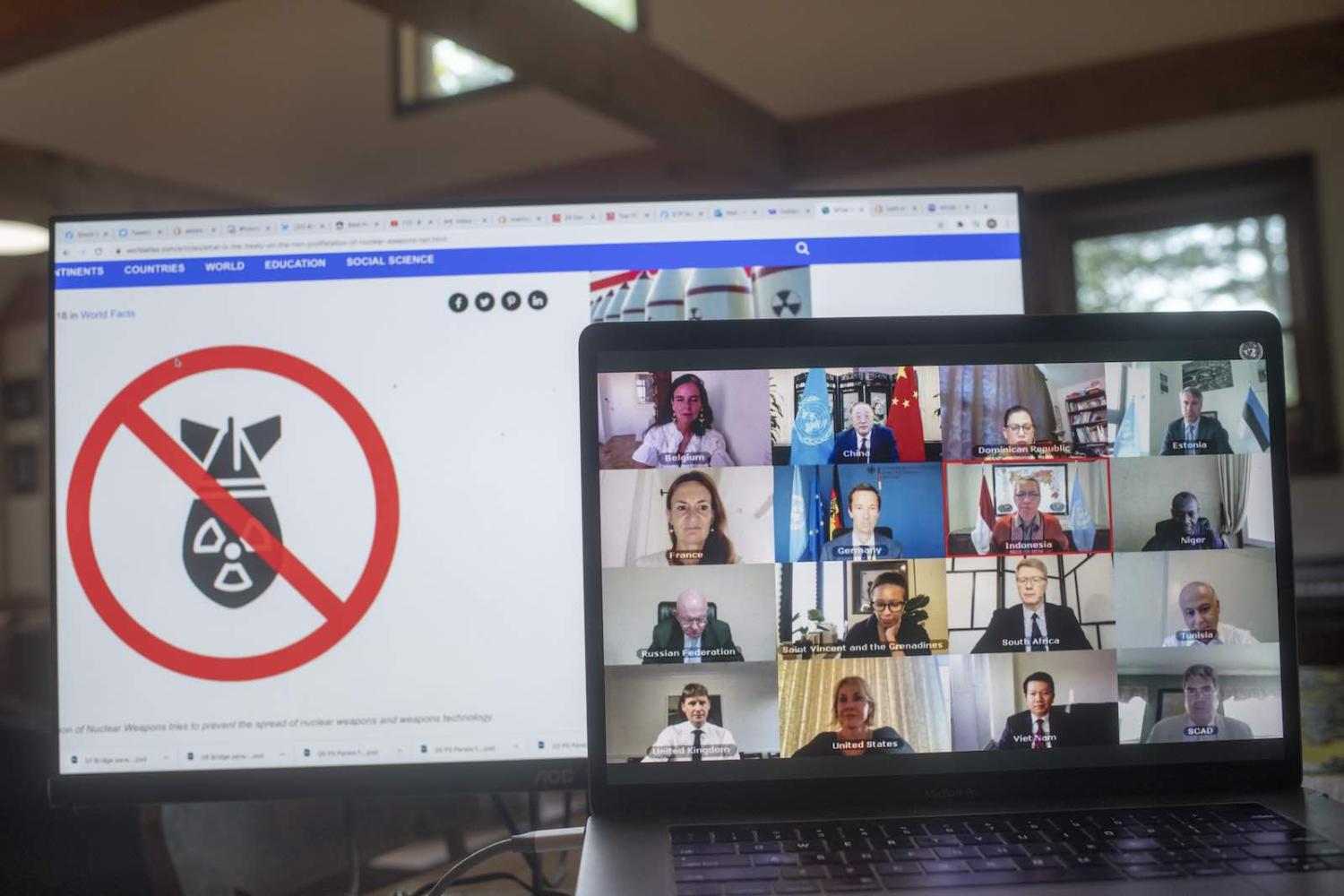 The 13 August announcement of a United Arab Emirates–Israel deal to normalise relations was a significant event. But at the same time, it overshadowed a number of other interesting Middle Eastern political and security-related manoeuvres occurring elsewhere.

The agreement itself was an astute move by Abu Dhabi. By normalising relations with a country that some Emirati officials would refer to as their “cousins” in private, they earned much goodwill. From the Trump administration and the Netanyahu government, by giving them both something to exchange to stop the talk about an annexation proposal which was a centrepiece of Jared Kushner’s poorly received Peace to Prosperity “peace plan” between Israelis and Palestinians, and in the case of Trump, to tout as a foreign policy victory in his re-election campaign. The Biden camp was also happy because it removed a potential foreign policy barnacle he would have had to deal with if he takes office next year.

Although Iran criticised the move, the Emiratis have signalled to Tehran that they also want better dialogue with them, while Turkey’s threat to suspend diplomatic relations with the UAE as a result of the move won’t have upset too many people in the Arab world, given the regional view of Ankara currently.

The agreement dominated talk of the Middle East. But elsewhere there was another significant Middle East diplomatic event occurring that the Trump Administration would have been happy to see overshadowed.

On 14 August at the UN Security Council in New York, a vote took place on the White House’s proposal to extend the arms embargo against Iran, which is due to end in October as a result of a UN resolution backing the 2015 Iran nuclear deal. The Trump administration wanted that embargo extended, but given his administration’s attitude towards multilateral institutions, it was always going to be an impossible task.

Secretary of State Mike Pompeo trumpeted a letter signed by the Gulf Cooperation Council Secretary-General Nayef al-Hajraf backing the US position, but this weak show of international support (the Qataris disputed that the letter reflected their view of the issue) only highlighted Washington’s isolation.

The vote was a debacle for the US. Even after introducing a less aggressively worded resolution, of the 15 countries on the Security Council, only two voted in favour of the proposal; the United States and the Dominican Republic. China and Russia opposed it, while the remaining 11 abstained – including France, the UK and Germany, each signatories to the Joint Comprehensive Plan of Action, or JCPOA, as the Iran nuclear deal is formally known, and strong US allies.

But the tactical defeat was likely only a necessary prelude to Washington’s threatened move to introduce the embargo’s “snapback” provisions of paragraph 11 in UN Security Council Resolution 2231. That July 2015 resolution supported the JCPOA by lifting an arms embargo on Iran, but it left provisions for the reimposition of sanctions at the request of a “Participating State” if that state believed a signatory was being non-compliant. Washington has threatened to begin the “snapback” process by calling itself a participating state, even though it has withdrawn from the JCPOA.

When even someone like John Bolton argues against implementation of the “snapback” provisions, you really have to wonder about the point.

It is legal gymnastics at its most cynical and, as has been pointed out, given the way in which the US policy is viewed even by its closest allies, there are a range of procedural ploys that the can be pursued in the Security Council that effectively block the US moves.

On the same day the vote was unfolding in New York, the US Justice Department announced the seizure of four vessels “with the assistance of foreign partners” carrying over a million barrels of Iranian oil bound for Venezuela. Iranian forces had also boarded a vessel in the Strait of Hormuz, although the circumstances and purpose of the action was not entirely clear.

Of course, the move to drive a stake through the heart of the Iran nuclear deal is self-defeating as much as it is self-serving. The less ordered the world becomes, the more important multilateral institutions become, and when even someone like John Bolton argues against implementation of the “snapback” provisions, you really have to wonder about the point. But perhaps in the run-up to an election, the fight is more important to Trump than the outcome.

Tehran and Washington are working to different timelines, but it is the Iranians who would feel more confident at this stage. The Iranian regime understands the virtues of strategic patience and not being provoked by an administration that may be gone in a few months. So it is unlikely that any military confrontation will get out of hand between now and the election. If Trump is re-elected, however, the Iranians will need to re-evaluate their approach.

The reporters most vulnerable to life-threatening harm are either low-profile or based in provinces – especially both.
Mihai Sora 25 Nov 2021 12:30

Malaysia is not the only country consumed by speculation about who takes over from a conspicuous and captivating leader.