A drop in Chinese funding may be a sign of belt tightening in an effort to tackle Beijing’s own domestic debt problem. 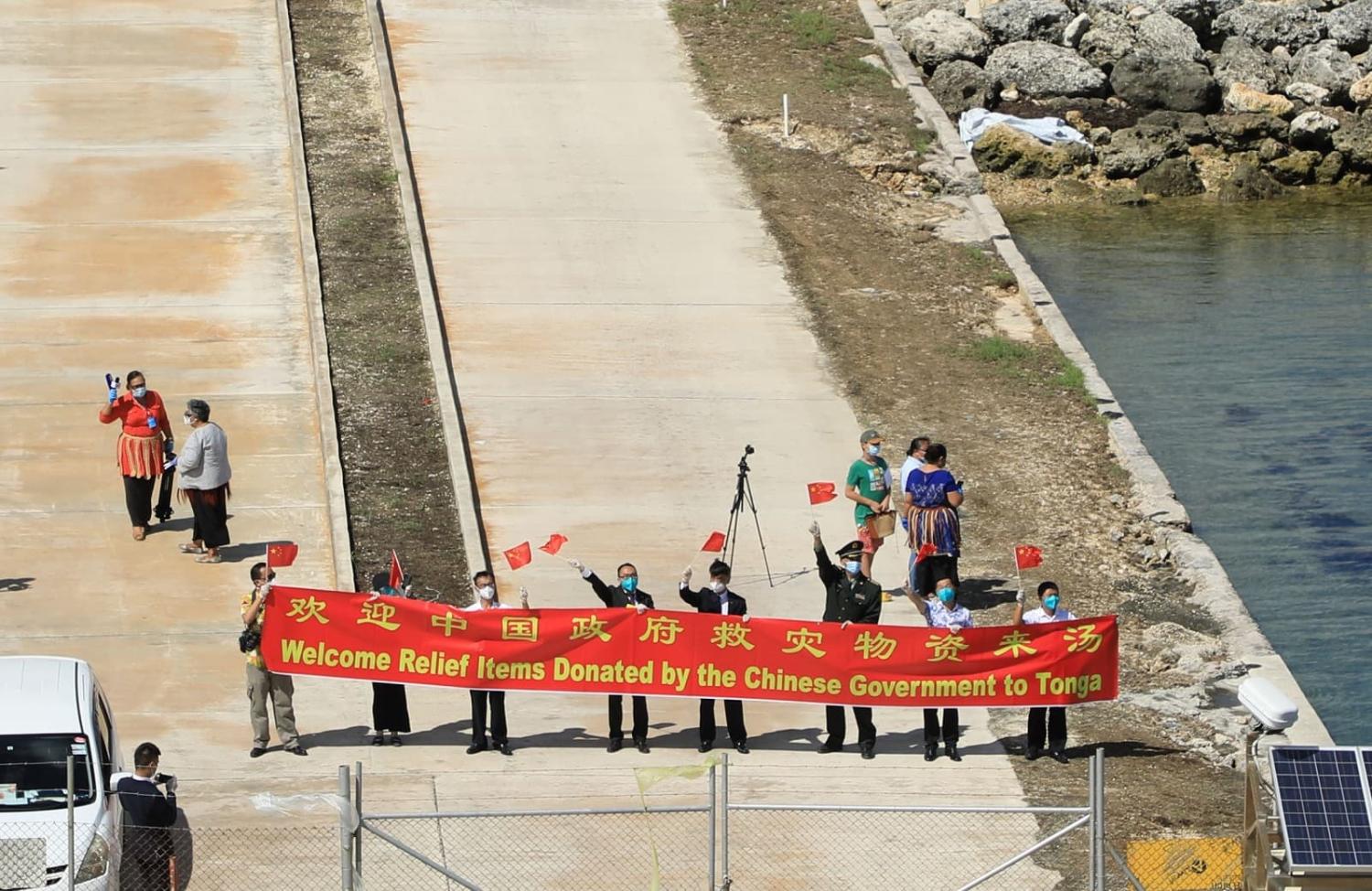 The dataset for the Lowy Institute Pacific Aid Map project has charted the fluctuating levels of China’s aid in the region. Between 2008 and 2016, the disbursed amount of Chinese aid more than doubled. But 2016 also marked a watershed. From that point on, the amount of aid provided by China to the region has been in decline.

The data does not contradict recent perceptions that China has sought to “increase its engagement” with Pacific Island countries. The provision of official development assistance is just one measure. China’s connections to the Pacific can be otherwise strengthened through security cooperation, such as the China-Solomon Islands security deal, which has increased Beijing’s links with Honiara, or commercial activities such as trade or foreign direct investment.

China’s aid, as collated in the Lowy Institute Pacific Aid Map, consists of grants and concessional loans issued by state-controlled policy banks, such as EXIM Bank of China and China Development Bank, usually to finance infrastructure projects. The grants mainly include donations of funds, goods or social services, for example Chinese medical teams serving in local hospitals providing clinical treatment and training. Concessional and semi-concessional loans constitute most of China’s aid in the Pacific, so the trajectory of China’s aid volume suggests that such loans from China have been declining continuously since 2016.

China’s infrastructure aid projects, financially supported by concessional loans and implemented by Chinese state-owned enterprises, have generated much criticism for being badly planned. For example, a China-sponsored grand national conference centre in Vanuatu was criticised as a “white elephant”. Ill-conceived infrastructure yielding few economic returns is very likely to worsen the debt issue in recipient countries, even though concessional loans issued by EXIM Bank to low-income countries with “a two per cent interest rate, six-year grace periods, and 20-year maturities” technically meet the standard set by the Organisation for Economic Cooperation and Development of an overseas development assistance grant equivalent.

China’s Ministry of Finance has since required state-owned entities to defend the economic viability of their foreign investment plans and assess political risks possibly incurred.

Pacific Island countries are particularly susceptible to debt distress due to the inherent weakness of having limited domestic markets, small populations, limited land and remote geographical location, which all impede exports and imports. The pandemic and the effects of climate change have aggravated their vulnerability. For example, Samoa, a low-income country identified at a high risk of debt stress by the International Monetary Fund, in 2021 confirmed that the US$100 million Vaiusu Bay port project to which China committed had been cancelled as it was surplus to need.

Beijing delivers its infrastructure aid to recipient countries through a nexus of corporations and bureaucratic organisations. Theoretically, the state-owned entities are the implementing agency subject to approval by the bureaucracy in China. However, since many of the Chinese state-owned entities are on domestic or overseas stock markets, they are in fact quasi-autonomous profit-oriented corporations. In order to secure revenue streams, they have been known to bypass the bureaucracy and take an ad hoc approach to lobby governments in the recipient countries to initiate a construction project without careful consideration of the practicalities.

Following the experience of Hambantota Port in Sri Lanka, widely considered a white elephant following its completion in 2017, Beijing tightened financial regulations governing foreign investment. China’s Ministry of Finance has since required state-owned entities to defend the economic viability of their foreign investment plans and assess political risks possibly incurred, while also better documenting transactions in foreign currencies to assuage suspicions that overseas investment in infrastructure may hide illicit capital outflow. This may help explain the drop off in China’s aid to the Pacific.

Lending by policy banks in China to finance infrastructure projects abroad has also slowed since 2016. Beijing’s deleveraging campaign starting from 2015 to mitigate China’s domestic debt problem caused by unsupervised and opaque lending had a significant impact on the volumes of concessional loans issued. And despite being a large creditor to many developing economies, and the largest bilateral lender in the Pacific, China is plagued by its own debt problem and surplus capacity, which has been exported via the Belt and Road Initiative to offset debts, only to reinforce the cycle.

So, the declining volume of concessional loans issued from China to Pacific Islands countries, and China’s aid in the Pacific in general, is largely a consequence of Beijing’s tightened control over foreign investment by state-owned entities along with efforts to tackle China’s domestic debt problem.

Beijing has handed Canberra an unexpected bargaining chip. The question is how to best use it?
John West 6 Dec 2019 11:30

China led the education rankings, but an ageing population and gap with Southeast Asia might mark down the whole region.
Daniel Flitton 23 Sep 2019 09:30