An immigrant Korean family’s journey from Japanese colonisation to modern life via the pachinko parlours in Japan. 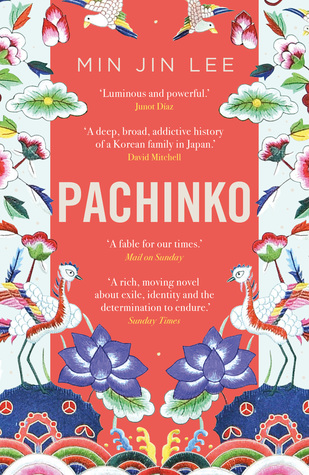 When I lived in Japan I was fascinated by the way internet tycoon Masayoshi Son broke through the bamboo ceiling that limits the citizenship rights of ethnic Koreans despite their residence in Japan for generations. And I always took visitors to a pachinko (gambling) parlour if for nothing else than the amazing aural experience. But I still didn’t understand this nether world.

It has taken Korean-American writer Min Jin Lee since 1989 to produce her epic novel, Pachinko (published by Apollo), following a Korean family’s journey from Japanese colonisation in 1911 to life in Son’s time via the pachinko parlours that have traditionally sustained the resident Koreans. But it has certainly been worth the wait and these themes are now even relevant to managing the North Korean nuclear threat. As her unlikely survivor laments:

This country isn’t going to change. Koreans like me can’t leave. Where we gonna go? But the Koreans back home aren’t changing, either. In Seoul people like me get called Japanese bastards, and in Japan, I’m just another dirty Korean no matter how much money I make or how nice I am. So what the f---. All those people who went back to the North are starving to death.

Even if you are not intrigued by the inner life of these notionally mono-cultural but remarkably economically successful north Asian societies, don’t be put off this intimate but expansive story. As Lee begins: ‘History has failed us, but no matter.’

Weekend catch-up: Sam stands down, Islam in Indonesia, our favourites from 2017 and more

Even 50 years later, acknowledging and correcting mistakes seems as hard for policy-makers as ever.
Daniel Flitton 22 Dec 2017 14:30

Favourites of 2017: My doomed colleagues

Truth sadly matters less than access in the reporting game.