Unfortunately, the South cannot escape the North’s shadow. When the North falls apart, the world will look to South Korea to clean up the mess. 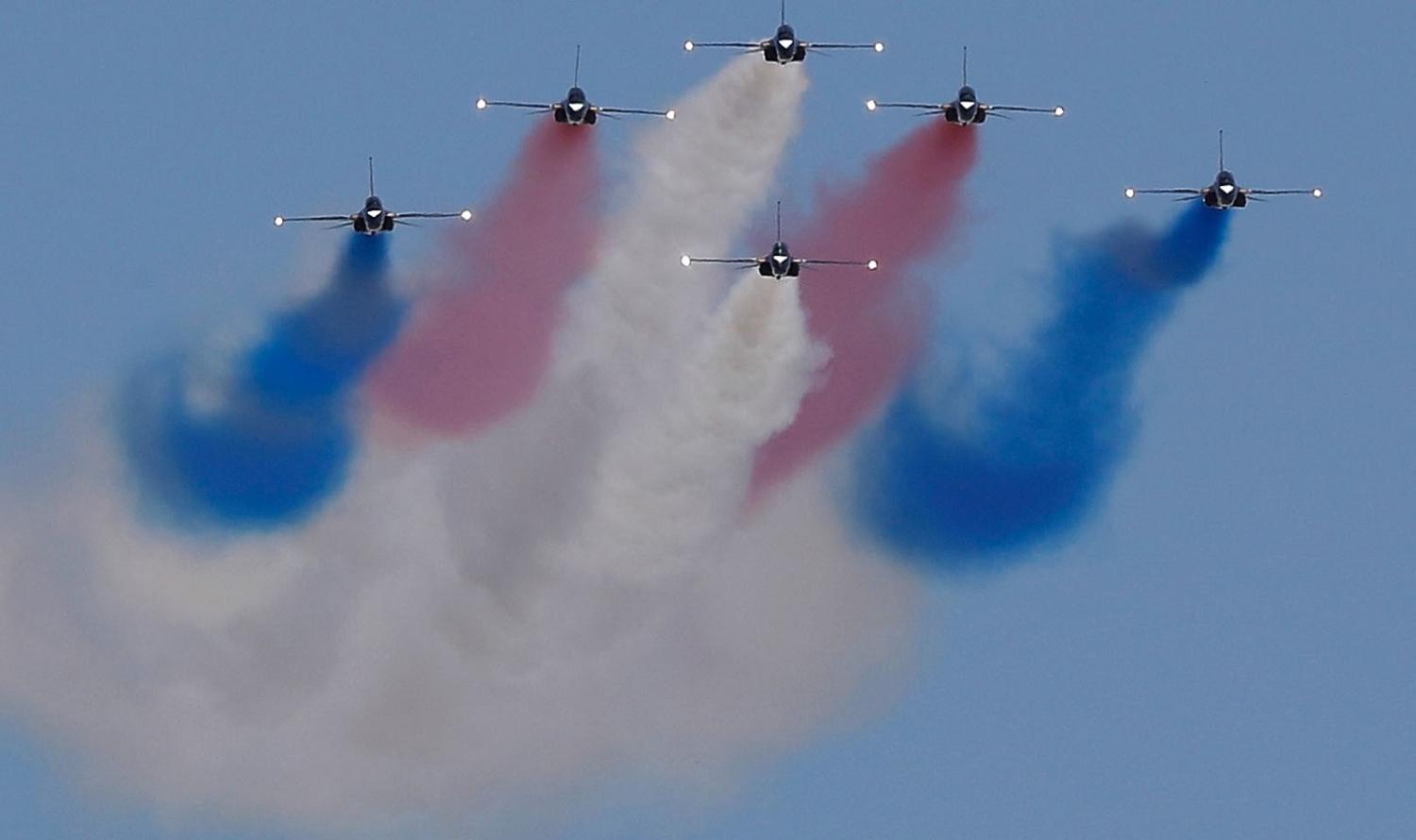 In the 10 years I have lived in South Korea, there has not been a North Korea crisis like this. Usually these events stem from some obvious North Korean provocation, such as the sinking of the South Korean corvette Cheonan in 2010 or the landmine attack of 2015. There then follows a set of steps all but ritualised at this point: a UN Security Council meeting followed by sanctions; a declaration of alliance solidarity so well-trodden I could draft it myself; a demoralisingly head-in-the-sand call from China for ‘calm’ on all sides; outlandish counter-rhetoric from the (North) Korean Central News Agency (KCNA) about aggression against its ‘sacred’ sovereignty; and South Korean (and Japanese) media frustration on how to hit back. There is also the requisite Western media hysteria about imminent war. Then everyone sorta forgets about it for awhile until the North throws another tantrum.

A lot of this is playing out again this time too. But US President Donald Trump, as is his wont, is upsetting yet another ‘establishment,’ although not obviously for the better. Here are five lessons to date from the weirdest ever North Korean crisis:

1. When US presidential leadership is poor, it becomes the defining variable of North Korean crises

No one would have thought to say this a year ago, because usually US presidents have been admirably responsible in dealing with North Korea given how dangerous it is. But Trump, with his own KCNA-style rhetoric, is adding a whole new variable, or rather, activating one we never really thought to consider before.

There seem to be at least five explanations floating around on cable and social media for his behavior: 1. He actually means what he is saying. 2. He is trying to divert attention away from domestic challenges like the Mueller investigation of his Russia activities. 3. He is pushing back against John Kelly and his own staff, because he instinctively resents direction. 4. He is is trying to bait North Korean leader Kim Jong Un into a casus belli-worthy provocation. 5. He is just mentally overwhelmed by the office and saying whatever comes tumbling through his head.

Whatever your choice, the recklessness of Trump’s nuclear threats is astonishing. It is no longer an exaggeration to say that the biggest variable in this crisis going forward is Trump’s own psychology.

2. The North Koreans will match Trump insult for insult

This should not actually come as a big surprise. If you follow North Korea, you know it is prone to over-the-top commentary. This is the reason the Korea analyst community has encouraged Trump to not engage KCNA round-for-round in this war of words. Most knew it would turn into an undignified food fight, and so it has. Trump cannot win. The North will say anything it has to. It is not constrained by typical diplomatic niceties. It referred to US President Barack Obama as a monkey, and previous female South Korean President Park Geun-Hye as a prostitute. It is only a matter of time before KCNA creates a nickname for Trump, starts mocking his hair, or picks up on the common left-wing critique that Trump is mentally ill. This would all be childish and irrelevant, except that psychology, like Trump or Kim’s own anger, paranoia, anxiety, and so on, is increasingly driving this contest.

3. The Western media risks complicity in a panicked march to war

Last month I argued that the disjuncture between Western, especially American, media, and South Korean media on North Korea was inexplicably large, with the Westerners far more alarmed than South Koreans. This continues to be the case. Most recently, the North Korean earthquake that turned out to just be an earthquake got far too much speculative attention that it might be yet another nuclear test before it was disproved. I also continue to notice the large gap between Korea experts brought onto the networks and the networks’ own in-house panels of generalist journalists and commentators. The latter are almost always more alarmist and hawkish than the former, who almost uniformly seem to think this crisis need not tip into a conflict. I find Fox, especially 'The Five' show, to be the most egregious on this.

Reaching to established contributors is cheap and convenient, but this is such a serious topic that TV producers should think twice about defaulting to Washington generalists. The run-up to the Iraq War similarly failed to tap the expert community deeply enough, and this crisis involves nuclear weapons. There are a lot of very good Korea experts out there, and they do not get nearly the airtime they should compared to generalist journalists and pundits.

4. China is still the key

There is a growing acceptance that the China track has failed, but it is still the most realistic way to achieve some cap on the North’s programs which does not involve the huge risks of air-strikes, or the huge concessions required by talks.

Probably the smartest thing Trump has done on North Korea to date is push China hard. Yes, it has not worked out well, but the alternatives are all so poor, I find all the criticism of this track curious. China’s economic leverage is established; critical oil exports, recipient of 92% of North Korean exports, banking access, and so on. That leverage is vastly preferable to the other two options: conflict or talks. Airstrikes have well-established risks and should only be an absolute last, preemptive resort if Northern missiles are actually fueling. Airstrikes could easily ignite a spiraling regional conflict. Talks are similarly a weak vehicle. The North Koreans will demand huge concessions now. They have nuclear weapons and have endured months of Trump’s taunts. They will ask for so much, that the South and the US will almost certainly demur. So if hawkish military alternatives are too risky, and dovish negotiations sure to be flim-flammed by the North, what is left? Sanctions, missile defence, and other unilateral actions will buy us time, but they will not cease or cap the programs.

Only China has the economic weight to really punish the North. China’s tolerance for NK shenanigans – up to and including a fusion weapons on an ICBM – is much higher than almost anyone expected. But I see little alternative beyond going back to the Chinese yet again.

5. South Korea is being sidelined

This may be inevitable given the character of the US president. Trump may not be able to help make all events about himself but his shenanigans are nonetheless pushing South Korea out of the loop. When I discuss this crisis with my students, the questions mostly circle around Trump and his Twitter feed, not their own government. The Korean media even has a term for this – ‘Korea passing.’ This is obviously bad all around. It is South Korea that would bear the brunt of any North Korean retaliation, as well as the massive burden of unification, plus the catastrophic costs of any American nuclear strike against North Korea - because North Korea would almost certainly collapse in the wake of that, and South Korea would then inherit the blast zone(s). South Korean President Moon Jae In may be a dove, but Trump the hawk is dominating the debate.

Secretly though, I imagine a fair number of South Koreans do not really mind. Support for unification has declined over the years, and anxiety over its costs is high. North Korea’s weirdness and backwardness is deeply off-putting for a country that wants to join the modern world. Unfortunately, the South cannot escape the North’s shadow. When it falls apart, the world will look to South Korea to clean up the mess whether it wants that burden or not. Trump may be obscuring the South’s primary responsibility for the North by seemingly taking over the issue but this will only make things worse when the North Korea burden inevitably returns where it belongs.

A close haven carries appeal, but can life ever be settled without a legal status?
Kasek Galgal 12 Jan 2017 09:12

Internet usage within PNG, while still low, has rapidly increased and with this has come new opportunities but substantial barriers to take-up remain.
Gabriel Wilder 7 Jun 2019 06:00

Systemic corruption has allowed the country’s ruling class to act above the law and women are paying the price.