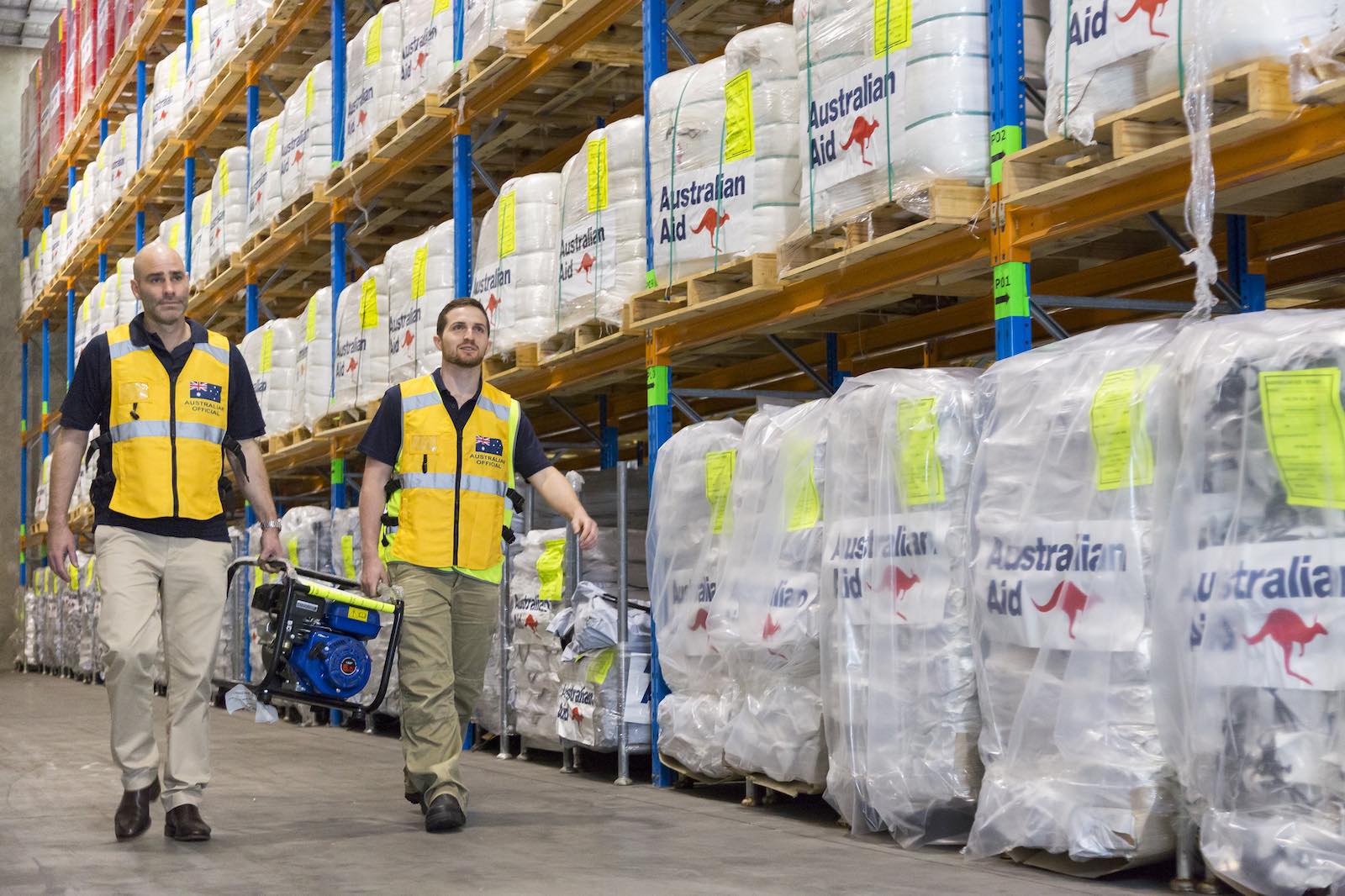 There’s more things aid can be used for than it cannot but donors don’t all report in the same way (Photo: DFAT/Flickr)
Published 17 Apr 2019 14:30   0 Comments       Follow @AlexandreDayant

The Pacific, when measured by aid inflows as a proportion of GDP, is the most aid-dependent region in the world. Geographic remoteness, exposure to frequent natural disasters and vulnerability to climate change are several of the causes that make the region vulnerable.

Because of this vulnerability, the Pacific receives a significant amount of aid from the international community – between 2011 and 2016, an average of US$2 billion in foreign aid each year, which was equal to about 6.5% of the region’s GDP, according to the Lowy Institute Pacific Aid Map.

When removing PNG and Fiji of the regional GDP (which take up respectively 70% and 14% of the region’s GDP), the average Pacific economy receives official financing flows equal to about 31% of its GDP during the period.

When only looking at foreign aid (known in development jargon as Overseas Development Assistance, or ODA), the Pacific Aid Map reveals that Australia is the leading donor to the region, with 45% of the total amount of aid given over the period, followed by New Zealand (9%), China (8%), the US (8%) and Japan (6%).

The Asian Development Bank and the World Bank respectively account for 5% and 4% of the ODA distributed to the Pacific.

This great concentration has an impact on the sectorial distribution of aid to the region. Foreign aid can be used for a great many things in developing countries. From responding to humanitarian disasters, building roads, providing scholarships, investing in agricultural research, vaccinating kids – there’s more things aid can be used for than it cannot. An analysis of the sectoral distribution of aid flows provides some insights into what the perceived challenges are facing the region, what donors’ priorities are, and how specialised certain donors can be.

Project reporting doesn’t follow a clear set of rules – donors have their own reporting mechanism, which might not align with one another.

Project reporting doesn’t follow a clear set of rules. Donors have their own reporting mechanism, which might not align with one another. For example, Australia groups its aid program into four broad categories. The Organisation of Economic Cooperation and Development uses 23 categories (with dozens of additional sub-sectors). To harmonize the 13,000 projects collected, the Pacific Aid Map uses a condensed version of the OECD Sector list (by downloading the dataset directly from the Pacific Aid Map website, users can dig down to the full sub-sectors level to cut the data into even narrower sectors).

When looking at the sectorial distribution of aid to the Pacific, Governance (defined by the OECD as “the exercise of political, economic and administrative authority necessary to manage a nation’s affairs”) is the first allocated sector, with 24% of the total aid to the region. Then comes Transport (14%), Health (13%) and Education (11%). The other eight sectors range between 7% and 2%.

What is surprising to me is that Infrastructure (defined as the combination of Transport, Power, Telecommunications, Water & Sanitation) still comes in second position, with 21% of the aid distributed to the region. The commentary over the past year would seem to indicate that Infrastructure is the predominant need in the Pacific. Indeed, it has been driving Chinese and Australian involvement in the region in recent years (Matt Dornan explains this shift of interest, while Roland Rajah argues that these new developments are welcome).

So, why is Governance in the first position of Australia’s sectorial ranking?

This is due the fact that Australia, the largest donor to the region by far, places particular emphasis on governance. First prioritised under former foreign minister Alexander Downer, and again when Julie Bishop held the job, the focus on governance is justified by the assumption that strong and effective institutions help to foster development outcomes across the board, and that aid can be influential in helping improve these institutions.

Unsurprisingly, Australia dominates the pack of donors in the Governance sector, providing 64% of all support in this category to the region (governance makes up 33% of Australia’s total aid spend to the Pacific). Far behind comes the United States (9%), New Zealand (8%) and China (5%). Interestingly, when extracting Australia from the pool of donors on the overall expenditure, Governance falls down to the second position of total aid given, with only 16% of the aid to the region.

Transport is the second largest sector in the sectorial distribution of aid to the Pacific, and drives the vast majority of the Infrastructure spending. Again, Australia is the first contributor, contributing 26% of the total pie, but closely followed this time by China (25%) and the Asian Development Bank (20%). The World Bank contributes 11% but is increasing its engagement.

The multilateral organisations are specialists in this field. The World Bank allocates 38% of all its funding to the region in Transport projects, while the Asian Development Bank set aside 55% of its aid to the sector, surpassing China, which spends “only” 41% of its budget in Transport.

It is worth mentioning the consequences of the renewed international focus on infrastructure, which is being fuelled by China and a still significant demand for quality transport in the region. This shift is projected to not only move the donor ranking within the Transport sector (putting China ahead of Australia), but might also reduce the gap between Governance and Transport in the general sectorial distribution. However, such new investments will be limited by major constraints to new lending, as Rohan Fox and Matthew Dornan, and Robert Utz explain.

When looking across the Pacific region, there is no dramatic sectoral variance between countries. Governance, Transport, Health and Education are delivered in this order of priority, with only a few exceptions. Fiji, for instance, doesn’t focus as much on Governance projects as other Pacific Islands countries, probably due to the Australian position after the 2006 military coup (less working directly with government), and the rise of China as an aid partner for the Fijian government (more Transport).

To me, what is most interesting in this analysis is the specialisation from major donors in particular sectors. China, the World Bank and the ADB all spend more than a third of their aid in Transport; the European Union almost a quarter in Humanitarian aid; Australia and New Zealand almost a third in Governance.

Such focus on particular areas is surely a good thing. Donors should continue to specialise on their strengths, and cooperate with others to cover the various needs of the region.

Create your own insights from the Pacific Aid Map by clicking here.