A last minute approval for the controversial Adani coal mine has brought Australia-India relations into the campaign. 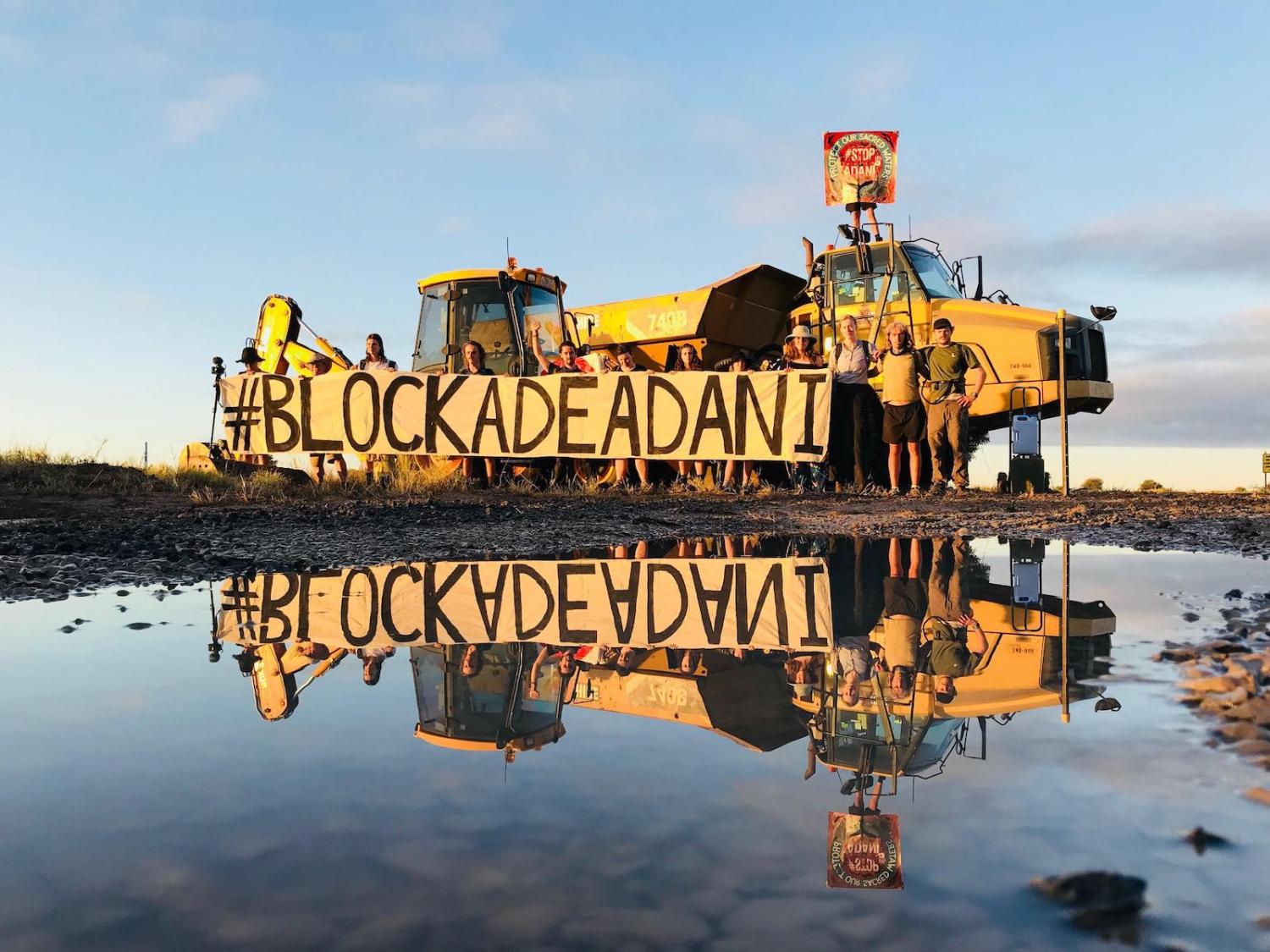 The green light for the Carmichael coal mine was clearly intended to wedge Labor in a key election battleground (Photo: Julian Meehan/Flickr)
Published 18 Apr 2019     Follow @DrIanHall

In an odd quirk of timing, this year Australia and India’s elections will run in parallel. On 11 April, Scott Morrison made the trip to Canberra’s Government House and the official campaign finally began.

On the same day, Indian voters began to go to the polls in the first of seven phases of voting in that country’s mammoth exercise in democracy. By 19 May, the last day on which votes can be cast – and the day after Australians will go to the polls – up to 900 million Indians will have exercised that right.

Unusually too, India will feature in the Australian campaign. One of the last acts of the Morrison government was to give the federal government’s go ahead for the Adani Group’s controversial Carmichael mine project in the Galilee Basin in Queensland. On 9 April, Environment Minister Melissa Price signed off on Adani’s groundwater management plan, despite doubts expressed by the CSIRO and environmentalists about its claims.

Cheered by members of Liberal National Party, the decision was clearly intended to wedge the Labor Opposition in a key election battleground, and put Annastacia Palaszczuk’s Labor state government, which has dragged its feet over its own approvals for the project, at odds with some federal colleagues. At the same time, this use of the Adani project as a political football will bring into question once again the commitment of some in Canberra to the bilateral relationship with India.

Whatever one thinks about the Carmichael mine itself – and, to be clear, I have serious doubts about it – it has caused some friction in Australia-India relations. Some have treated the promised investment as a test of how welcoming Australia is to Indian money. Others observe that Gautam Adani, the founder of the eponymous Group, has long been close to his fellow Gujarati, Narendra Modi, now Prime Minister, but before that Chief Minister of their state.

Whether the fate of the Adani project will harm bilateral ties is a moot point. Indian investment in Australia continues to grow. In 2017, it topped $15.5bn, up from $11.6bn two years earlier. And to be sure, big industrialists have long had considerable clout in New Delhi, and in the early years of Modi’s tenure, Adani had significant influence, especially in foreign economic policy. But since then, the government has tried to pivot away, at least in part, from its pro-business image, towards a more populist one that emphasises support for the poor.

More broadly, even the most seasoned observers think Australia-India relations are better now than they have perhaps ever been. The two countries have increasingly close defence and security ties, signalled, for example, by the recent AUSINDEX naval drill. They are now involved in regular institutionalised dialogues, including the annual Foreign and Defence Minister so-called ‘2+2’s, trilaterals with Japan and the United States, and of course the Quad. Much effort has also gone into trying to restore momentum in the economic relationship, despite the foundering of talks for a free trade deal, with the release last year of Peter Varghese’s weighty and detailed India Economic Strategy, and the promise of an Indian equivalent.

All this said, efforts to turn to the Adani project into even more of a contentious issue than it is already may not be helpful for bilateral ties. Committed as it is to a range of strategic initiatives involving Australia, New Delhi – and the Indian media – now pay much more attention to our fractious, febrile politics than they once did. However the Adani debate is handled over the next few weeks, there will be guaranteed attention from India.

The big concern in New Delhi, however, is not Adani, but the attitude of whichever party will form a government in May towards India, China, and the region more broadly. India wants Australia to diversify its trade and security relationships, to resist Chinese pressure, and to deal effectively with alleged political interference by the Chinese Communist Party in our society and both parties. It wants us to see through the commitments made in the Varghese Report, and welcomes the bipartisan support it has been given.

Above all, what New Delhi wants to see is a stable government in Canberra capable of managing relations with key regional powers in a measured way. It wants continuity, and fears sudden changes of direction in foreign, economic, and security policy. The Rudd government, back in the late 2000s, caused palpitations in India with both its grand ambitions and its unpredictability. The present administration, chopping and changing its leaders, and abruptly announcing changes to visas and work rights, directly affecting thousands of Indian citizens, has also generated anxiety. Whoever wins on 18 May should try to do better.

Why did Japan and South Korea not join the expulsion of Russian diplomats after the Skripal attack?
Khalid Koser, Lilla Schumicky-Logan 19 Jul 2019 11:00

The online environment is fundamentally toxic and piecemeal solutions will continue to fail to protect the vulnerable.