US-Taliban negotiations: marginalising women is no path to peace

Major problems confound the Afghanistan peace talks and risk the democratic and human rights gains made over 17 years. 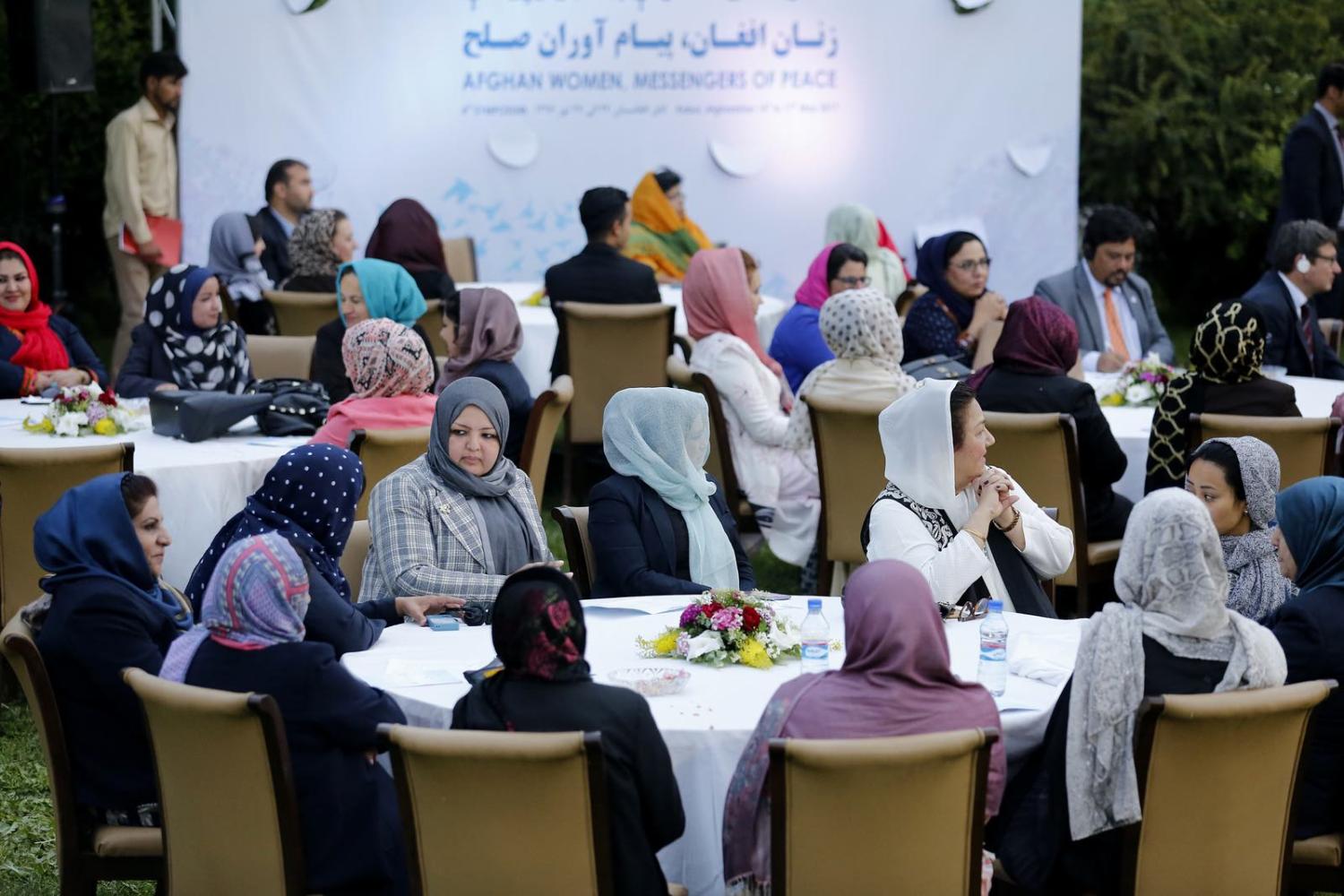 There are major problems with the current negotiations over Afghanistan, underway since last year between the United States with the Taliban in an attempt to find a peaceful solution to the long-running war so that US troops can be withdrawn.

Women have been entirely excluded from the process, and the talks risk all the progress that has been made over the past 17 years.

US President Donald Trump appointed Afghan-born Zalmay Khalilzad as chief negotiator. Yet three main issues confound Khalilzad’s approach: the negotiations undermine hard-won democracy in Afghanistan, women have been entirely excluded from the process, and the talks risk all the progress that has been made over the past 17 years.

To date, the government of Afghanistan has been locked out of the negotiations. While Khalilzad has been reporting back to President Ashraf Ghani’s officals in Kabul, the Taliban continue to refuse to negotiate with the democratically elected government. Not only does this undermine the power of the government, it exaggerates the appearance that the government is in a weak negotiating position. In turn, this gives the government less recourse to hold onto the gains made since 2001.

The majority of talks have occurred in Doha, with one meeting held in Islamabad. Many of the Taliban leaders participating in negotiations are subject to travel bans. Ghani has lodged formal complaints with the United Nations that its member states have defied these bans by allowing the Taliban to attend negotiations.

Thousands of members of the Afghan National Security Forces have lost their lives fighting for the democratically elected government of Afghanistan. There have been an estimated 31,000 additional civilian casualties in the war with the Taliban. This is a heavy cost to force the people of Afghanistan to walk away from these losses by giving in to the Taliban and lose all their loved ones fought for.

What of women’s rights?

Over the past 17 years, Afghanistan has made significant progress in justice, the rule of law, governance, health, education and gender equality.

The women of Afghanistan, with the help of the international community, have worked hard to advance gender equality for the better part of the past two decades. Data from the UN Development Program show gender inequality dropped by ten percentage points between 2005 and 2017. Maternal mortality has dropped by 75% from 1,600 deaths per 100,000 live births in 2007 to 396 in 2017. The enrolment of women in public and private universities has reached 24.5%. Despite the patriarchal barriers, women already represented on the High Peace Council and have experience negotiating with the Taliban at local levels.

What of women’s voices?

Last month, a delegation of Afghan women travelled to Australia to discuss the peace talks. The delegates came from government, academia, media, and civil society organisations. They all expressed deep concern about the exclusion of Afghan women from the negotiations.

The voices of these women have been joined by members of parliament, the Afghan Women’s Network and global activists and writers Gloria Steinem, Eve Ensler, Margaret Atwood and Arundhati Roy.

In an open letter published in The Guardian they spoke loud and clear for the need to be included in the peace talks.

We are civilians, teachers, doctors, activists, students and artists who have collectively and individually created space to advocate both for ourselves and for peace in our country. Many of our leaders have paid with their lives for this progress … We stand on the shoulders of all the other women who have given their lives in the struggle for the same progress.

Not only are leading women in Afghanistan calling loud and clear to participate in the peace talks, evidence shows that women’s participation is crucial to successful outcomes. Research has shown a peace processes is 35% more likely to last at least 15 years if women are at the negotiating table, have observer status, or participate in consultations, inclusive commissions or problem-solving workshops. As the open letter states:

We, the women of Afghanistan, will not go backwards … history has taught us the bloody lesson that you cannot have peace without inclusion.

While everyone can agree that Afghanistan is long overdue for peace, given the current and projected approach of the US to peace talks it is unlikely they will lead to an effective or sustainable outcome. The aim must be to meet the needs of all the people of Afghanistan, the liberal expectations of the international community and a situation that supports international peace and security.

Previous Article
Coal comfort: Australia-India ties after the elections
Next Article
Don’t rely on luck: making the most of the FTA with Indonesia

Recovering troop remains and negotiating denuclearisation are vital to end-of-war declarations on the Korean peninsula.