A “victim” versus “fighter” dichotomy must be overcome to understand the strategic role envisioned for women. 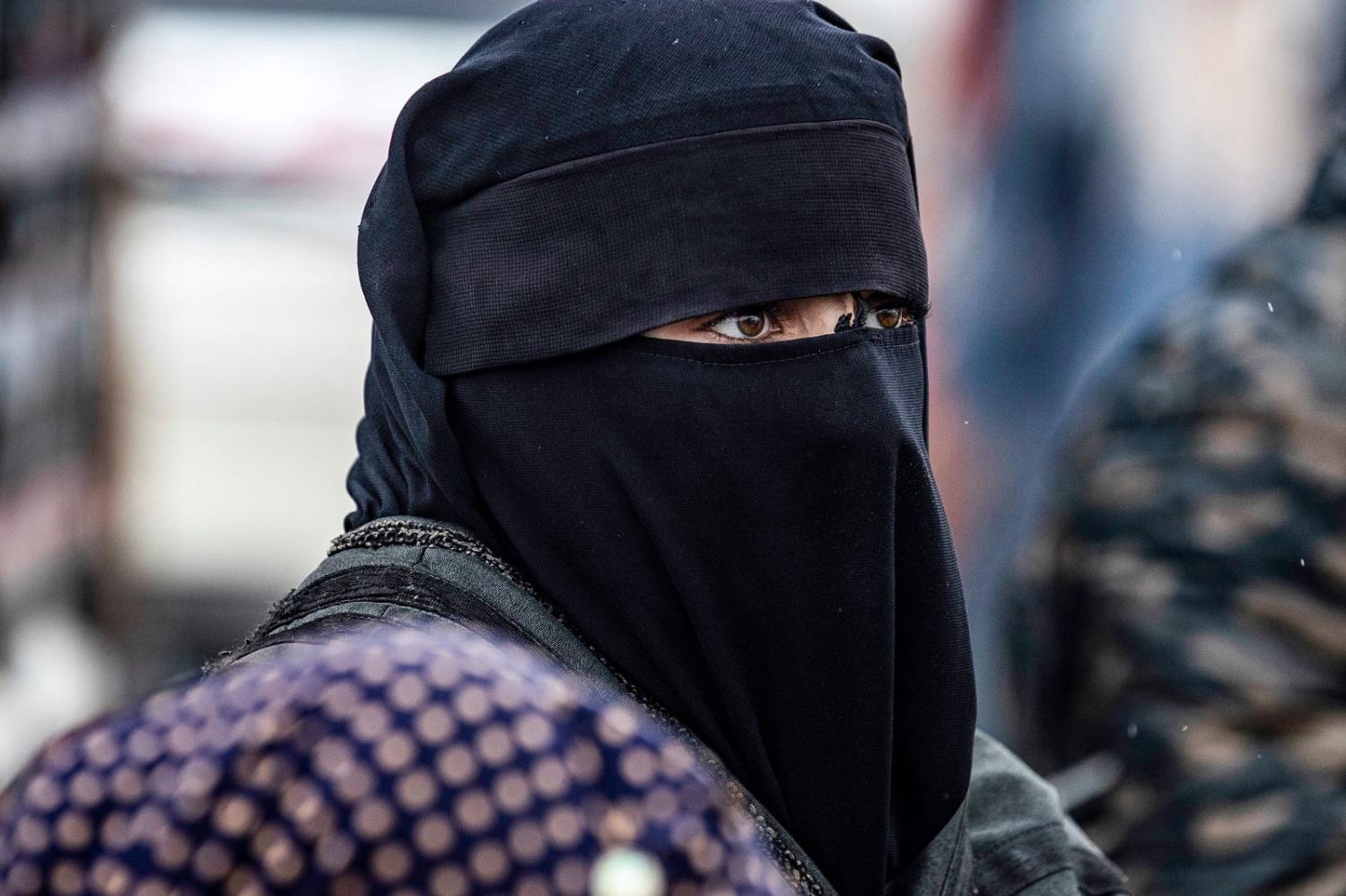 A woman looks on during the release of persons suspected of being related to Islamic State group fighters, al-Hol camp, Syria (Delil Souleiman/AFP via Getty Images)
Published 22 Nov 2022     Follow @KiriloiIngram

The Australian government’s decision to repatriate more than 20 women and 40 children from camps in Syria is an overdue policy change, representing a stark rhetorical shift. In 2019, when these same women and children left Baghouz, the last stronghold of Islamic State (ISIS), the former Coalition government refused to repatriate these citizens, citing security concerns around bringing violent and dangerous women back into the country. Yet the Labor government has now deemed it safe enough to “rescue” the women and their children ­– according to cabinet minister Tanya Plibersek, “some of the mothers were taken there as little more than children themselves and married off to IS fighters, some of them tricked, some of them forced to go there.”

ISIS targets and appeals to women through its official propaganda. This in itself indicates that like other violent political movements, ISIS needs women to achieve its strategic objectives.

A nation must respect the rule of law and take responsibility for its citizens. Australia is following the United Kingdom, France, Canada, the Netherlands, Germany and Denmark, among other Western countries, who, after reluctance and international pressure, are beginning repatriation. But equally, the repatriation of women must be managed carefully and with nuance. Women should not be automatically treated as “victims”, as distinct from “fighters”.

My evidence-based analysis indicates that our understanding of women’s contributions to ISIS’s strategic objectives, and thus the crimes committed during their time with the group, should broaden to encompass non-violent roles.

ISIS targets and appeals to women through its official propaganda. This in itself indicates that like other violent political movements, ISIS needs women to achieve its strategic objectives, and thus the security threat once or currently posed by women should not be downplayed. I analysed ISIS’s official English-language propaganda targeted towards Western audiences and found that ISIS portrays women through five female representations in order to construct and project an alternative gender order designed to further the group’s strategic objectives. As those objectives on the ground changed, such as shifting from a Caliphate governing territory and populations during “boom” periods and returning to insurgency during “busts”, so did the nature of its appeals and the female representations it emphasised.

For example, in the group’s nascent period, ISIS’s predecessor, Al Qaeda in Iraq (AQI) under the leadership of Abu Musab al-Zarqawi encouraged women to take on traditional roles as “mothers” and “wives”. When ISIS declared a Caliphate in June 2014, its messaging targeted towards women emphasised the importance of performing hijrah. Female émigré Umm Summayyah al-Muhāhijrah encourages women to follow suit, writing in a “Sisters” article, “…from amongst the purposes of hijrah is to join the sides of the Muslims, support them, strengthen their forces, and wage jihad against the enemies of Allah and their enemies”. An estimated 1,023 Western European, 1,396 Eastern European and 122 women from the Americas, Australia and New Zealand appear to have fulfilled this obligation.

These views on the roles of women in ISIS should be considered as Australia and other Western nations manage adult female repatriation.

Once in the Caliphate, ISIS encouraged “mothers/sisters/wives” to maintain the functions of a normal society. Indeed, “mother/sister/wife” was consistently used to empower women and demonstrate their roles in the organisation to be equally as important as men’s. “A Jihad Without Fighting” in Dabiq states,

So have you understood, my Muslim sister, the enormity of the responsibility that you carry? …indeed, I see the Ummah of ours as a body made of many parts, but the part that works most towards and is most effective in raising a Muslim generation is the part of the nurturing mother.

ISIS also framed “mothers” as integral to the establishment of the Caliphate, the existence of the in-group (ISIS-aligned Sunni Muslims), and the destruction of the out-group (literally everyone else). A “Sisters” article titled “I Will Outnumber the Other Nations Through You” explicitly states:

Islam encourages bearing children for numerous reasons. Perhaps the most significant of these is to increase the Muslim population so as to strengthen the Ummah…with the birth of every newborn Muslim, a thorn is planted into the throat of kufr [apostate]…by increasing the number of Muslims, the despicable are suffocated and the banners of the kuffār [disbeliever] are lowered, just as the voices of the righteous are raised.

Even after fleeing Baghouz, women in camps claimed, “We left so that Allah can give us another generation to become mujahidin. If our men have died, our women have not. With the will of Allah, we will bring up this generation – the youngest to the oldest.”

The militarisation of motherhood and the exploitation of women’s reproductive capacities to achieve insurgent, nationalist and genocidal objectives is common throughout history. “Mothers” are seen to be intrinsic to genocide as the “guardians” of purity and bearers of future generations, which also makes women targets for gender-based sexual violence. This rhetoric was prominent throughout Nazi Germany, and is unsurprisingly replicated with ISIS.

ISIS’s “supporters”, “mothers” and “wives” thus played key roles in the group’s documented enslavement, abuse and genocide of Yazidis. For example, German woman Jalda A. held a Yazidi woman captive during her time in the Caliphate. She was recently convicted of aiding and abetting ISIS’s atrocities, which amounted to genocide, and the court ruled that it was “unthinkable” that she was not aware of ISIS’s objectives. Indeed, ISIS made clear its genocidal objectives throughout its internal documents and propaganda, such as in “Slave-girls or Prostitutes”, which was written by and for women.

These views on the roles of women in ISIS should be considered as Australia and other Western nations manage adult female repatriation. Nuanced approaches that balance security, prosecution, justice, rehabilitation and reintegration need to shape repatriation management on a case-by-case basis based on age, motivations and ideological commitment. Of course, there will be some genuine female victims who were coerced, trafficked, abused and raped. Nevertheless, it would be erroneous to fall into the trap of assuming women’s non-combatant roles were strategically insignificant, and treating all women as innocent, passive victims.

There’s a reason why gender inequality and state conflict go hand in hand, a denial of which erodes democracy.
Dominic Meagher 16 Mar 2020 11:30

Control over the spread of virus is possible. How? Aggressive and persistent tracing of every single case. Starting now.
Angus Houston 22 Feb 2017 17:53

The US needs to engage with, and make reasonable space for, China.