Ukraine: No end in sight

A ceasefire proposal would likely be rejected as a Russian ploy, yet with winter closing, neither side can expect let up. 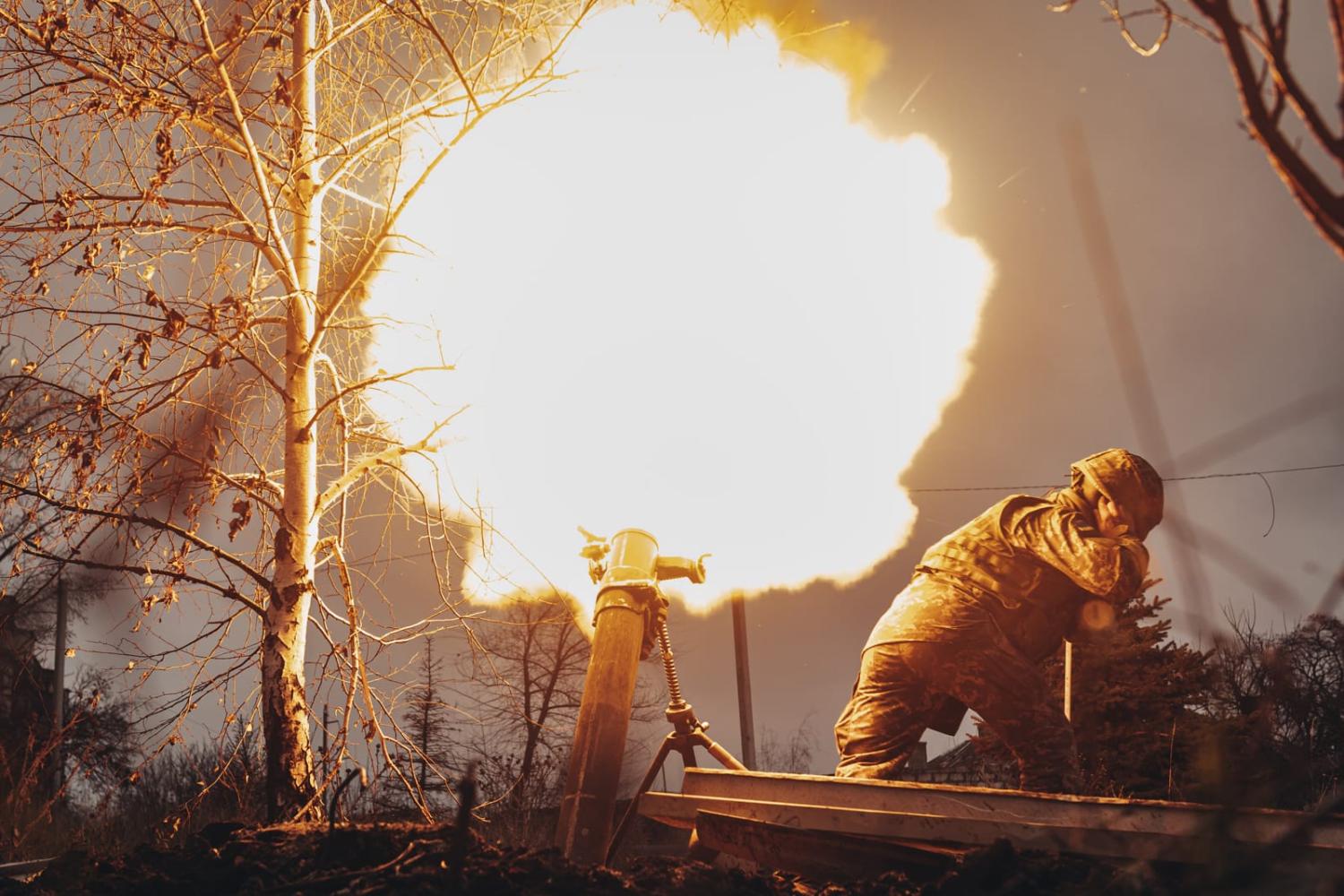 Nine months on, there seems little prospect of an early end to the war in Ukraine. Neither side is ready yet to stop fighting or make the kind of compromises that a negotiated outcome to the war would require.

This is unsurprising from Ukraine’s standpoint, as the victim of unprovoked aggression, but now on a roll militarily.

In turn, Kyiv’s war aims have become more ambitious. No longer willing to settle for the status quo ante of 24 February, it now seeks the return of all Ukrainian territory occupied by Russia since 2014 – including Crimea.

Yet Russia, despite battlefield setbacks, has escalated and doubled down, ordering partial mobilisation and annexing four (partly) occupied regions of eastern Ukraine, intended to signal Moscow is in the conflict for the long haul.

Russia’s current approach has three strands. All depend, in part, on its long-time ally, “General Winter”.

First, holding the line defensively in eastern Ukraine over the coming winter. This would allow Russia to consolidate its position and reconstitute its forces, including newly-conscripted troops, hoping to renew offensive operations in 2023. The withdrawal of Russian forces from west of the Dnipro River, while humiliating, is prudent militarily in providing a more defensible position.

Second, Moscow has massively increased missile attacks on Ukrainian infrastructure and utilities, especially energy. It aims to erode civilian morale and bring Ukraine to its knees economically. As winter sets in, such onslaughts will continue, and very likely intensify.

Third, Russia will increase efforts to divide and weaken Western support for Ukraine, especially in Europe. The mild European autumn has so far cushioned the supply and price shock caused by the cessation of Russian gas flows, but the real test will come over winter. Energy constraints will hit households and businesses already reeling from higher inflation and supply chain disruption.

The poorer-than-expected performance by Trump-aligned candidates in the recent US midterm elections will have disappointed Moscow. But Russia still hopes Congressional backing in the United States for open-ended military and financial support for Ukraine will weaken, as economic conditions in America tighten.

Besides weaponising energy, Moscow will use other means over coming months to influence Western opinion, including disinformation and cyber. There is potential for mischief-making around Europe’s borders – perhaps in the Balkans. And Moscow can play the spoiler in multilateral forums, as at the recent NPT Review conference and Antarctic treaty meetings.

While buoyed by the recapture of Kherson, Ukrainian troops will find the going tougher over winter. And they continue to suffer significant casualties.

Economically, Ukraine is struggling. With tax and export revenues down sharply, Kyiv must cover a monthly budget deficit of around US$3.5 billion. Financial support is coming from the United States, European Union and the International Monetary Fund. But especially given the ongoing damage to vital infrastructure, Ukraine’s economic predicament will remain dire.

But none of this is likely to dampen Ukrainian resolve to continue the fight.

Despite some ambiguous signals, political support for Ukraine among key Western countries remains solid. The G7 statement issued after its October meeting was strong and categorical in its backing for Ukraine.

While both China and India continue to take a neutral position in multilateral forums, there are indications of their unease at Russia’s actions in Ukraine.

In Russia, mobilisation has brought the conflict home to ordinary Russians more starkly, and its flawed implementation aroused unease and resentment. While public anxiety has grown, there is little evidence the Kremlin faces significant domestic pressure yet over the war. This reflects a mix of fear, propaganda and apathy. But the public mood could change as casualties mount.

Nor does there seem undue economic pressure yet to end the war.

The Russian economy has slipped into recession, yet hydrocarbon revenues remain strong. It is uncertain how effective Western efforts to curb Russian oil exports will prove. Strict export controls on supply of Western technology will over time damage Russia’s economy, including the military-industrial complex. It’s not a short-term political risk for Putin.

While both China and India continue to take a neutral position in multilateral forums, there are indications (first at the Shanghai Cooperation Organisation summit in September, and implicitly at the recent G20 meeting) of their unease at Russia’s actions in Ukraine. Even more striking is the lack of support among former Soviet partners for Russia – notably, Kazakhstan.

This is unlikely, though, to influence Moscow’s calculations decisively. Indeed, international criticism and isolation may simply feed the Kremlin’s aggrieved siege mentality.

Nor are there yet clear signs of restiveness within the Kremlin elites. But that’s unsurprising, given the opacity of Russian politics: if any move were to be made to supplant Putin, we’d probably only know when it happens.

There’s been speculation that Russia, on the backfoot militarily, might see advantage in proposing a ceasefire, giving it breathing space to rebuild its forces and consolidate its territorial control. Proposing a ceasefire might also cause divisions among Ukraine’s Western backers.

But Kyiv would surely reject such overtures as a ruse, perceiving that a ceasefire would only serve Russian interests. Ukraine will want instead to maintain momentum, and keep the military pressure on Russia.

The likelihood, then, is for protracted, grinding conflict over the winter, and into 2023.

Previous Article
Will the new US Congress still pay for its Pacific promises?
Next Article
The militarisation of motherhood: repatriating ISIS’s Western women

If predictions of a vote for independence are right, figuring out the mechanics of statehood will be a struggle
Edmond Roy 16 Dec 2019 10:00

A new law that threatens to exclude Muslims from citizenship upends the idea of a nation built on liberty and equality.