Has Vladimir Putin achieved precisely what he hoped not to? 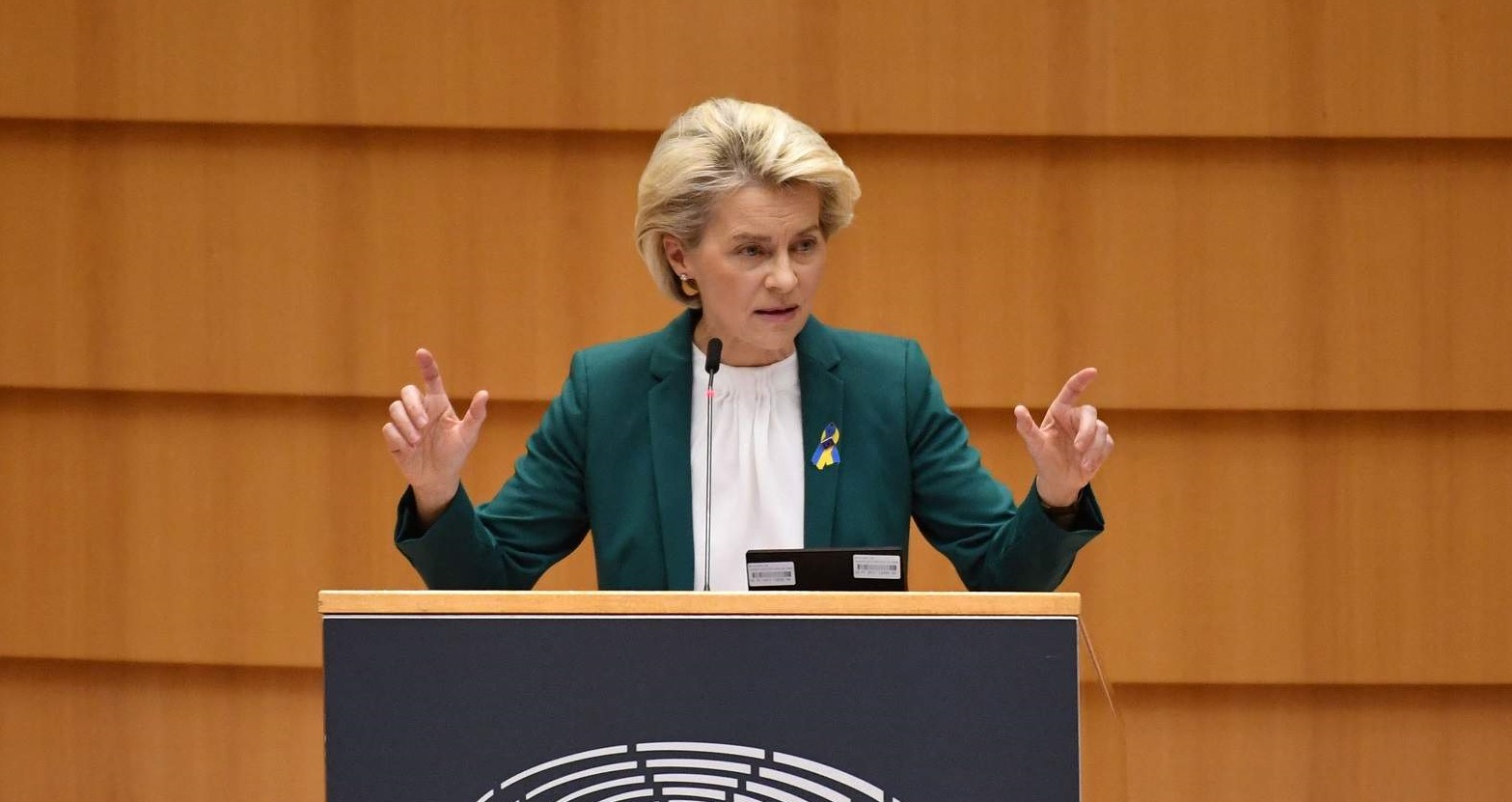 President of the European Commission, Ursula von der Leyen, argued that “Ukraine is one of us and we want them in.” (John Thys/AFP via Getty Images)
Published 9 Mar 2022 12:00   0 Comments

No matter what happens in Ukraine, this war has been a key turning point for the European Union.

Russia, a divisive issue before the war

In order to understand the current situation, it is necessary to go back in time to the years leading to 2021, before Russian President Vladimir Putin started making threats about Ukraine. Russia was an extremely touchy and divisive topic among EU members.

On the one hand, states such as Germany had a special relationship with Russia, particularly during the mandate of former Chancellor Angela Merkel. This was best illustrated by the Nord Stream 2 project, which would have increased the EU’s dependence on Russian gas. Then there were states such as France, where President Emmanuel Macron had been advocating throughout his presidency that a rapprochement was needed between the EU and Russia on the basis that they needed each other more than ever.

On the other hand, there were states such as Poland and Romania, which were very concerned about any overture towards Russia. These tensions became obvious in June 2021, when Macron and Merkel had to give up on the idea of holding an EU-Russia Summit considering the strong backlash the proposal generated from other EU members.

Strong – and unprecedented – response to the invasion

Putin was aware of these deep divisions and, in fact, he expected them to play in his favour during his invasion of Ukraine. But instead, he has had to face a progressively united front and a strong response from the EU. As French foreign minister Jean-Yves Le Drian said on 1 March, “President Putin wanted to divide us. He did the opposite.” A few aspects of the European response are particularly worth noting.

First, the speed of the EU’s reaction: While some emphasised that measures such as banning Russia from the global payment system SWIFT should have happened sooner, the speed at which sanctions and other measures were adopted was fairly unprecedented for the EU considering the complexity of its administration and decision-making processes.

Third, the decision to deliver weapons to Ukraine: This type of action has never been taken by the EU towards a non-member state.

Fourth, the EU has signalled that it is willing to discuss Ukraine’s membership: European Commission President Ursula von der Leyen argued that “Ukraine is one of us and we want them in.” The European Parliament also said that Ukraine should be made an official candidate for EU membership. This might take time or even not occur, but again, this is an important shift.

And last, the EU’s humanitarian response has reached new highs: In addition to the delivery of material assistance via the EU Civil Protection Mechanism, the EU has agreed to waive visa requirements for Ukrainian citizens for a period of at least one year, which provides them with rights to “residence, access to the labour market and housing, medical assistance, and access to education for children”.

Beyond this strong and unprecedented response to the invasion, the war in Ukraine has generated consensus on key dossiers that used to be very divisive.

The primary one is of course European defence. Leaders such as Macron have been pushing for its development for years, but a lot of European members had been dragging their feet, arguing that it was not necessary because NATO exists. The fact that Putin tried to deal exclusively with the United States at the beginning of the crisis, along with the EU’s complete dependence on NATO in the early stages of the invasion, and Biden’s clear messaging that his priority was not Ukraine but China’s growing influence in the Indo-Pacific, contributed to putting an end to the complacency of the EU. As Charles Michel, the President of the European Council, argued on 1 March 2022, “the Europe of Defence was born this weekend”. Even reluctant states such as Germany are on board since Chancellor Olaf Scholz announced that his country would overturn its post-Second World War defence policy by spending more than 2 per cent of its GDP on its military.

Nord Stream 2 is dead, alternative contractors have already been sought out, and there has been a push to move towards nuclear alternatives and renewable energy.

Another development worth noting is the strengthening of the European pillar of NATO. Even France, which had raised concerns over NATO, contributed additional troops and agreed to lead a new forward presence mission in Romania. It is also noteworthy that Finland has now debated joining NATO, which would have been unconceivable before Russia’s invasion of Ukraine.

Finally, the EU is slowly looking at moving away from Russian gas. This move won’t occur overnight, but Nord Stream 2 is dead, alternative contractors have already been sought out, and there has been a push to move towards nuclear alternatives and renewable energy.

In many ways, Putin has done exactly what he claimed he was trying to prevent: he has pushed Ukraine into the arms of the EU and promoted a rebirth of the Union and a strengthening of its relationship with NATO.