Liberal and conservative candidates bring distinct traits to office. But after polling day, the shackles could come off. 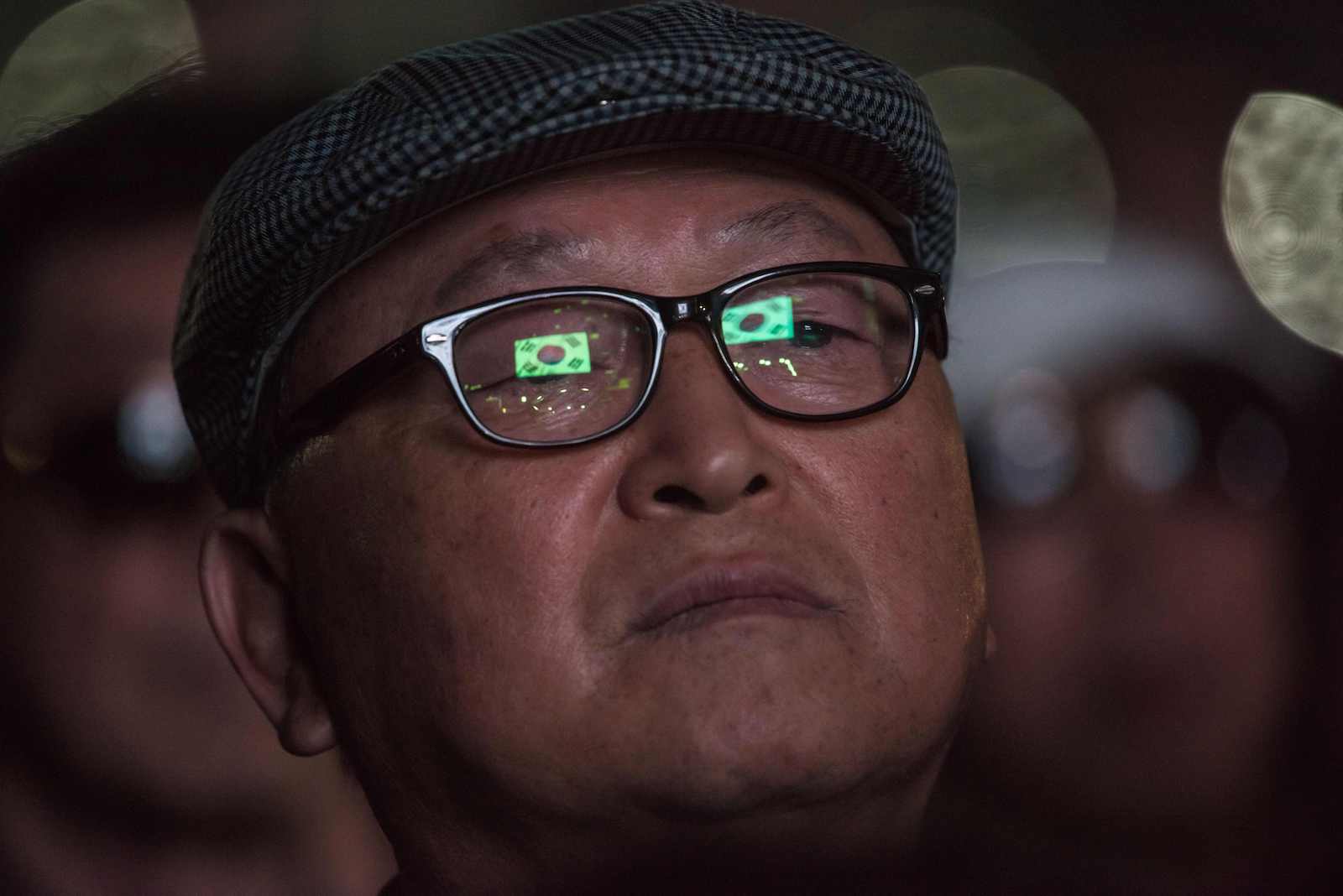 South Korea’s presidential election is slated for Wednesday 9 March. The race between the two leading candidates, Lee Jae-myung of the liberal Democratic Party of Korea and Yoon Suk-yeol of the conservative People Power Party, is neck and neck. In addition to major domestic problems such as soaring housing prices, income inequality and high youth unemployment, the next president will have to deal with the failure of incumbent DPK President Moon Jae-in’s policy of engagement with North Korea.

Pyongyang has evinced an almost total lack of interest in dialogue after what had been a flurry of high-level diplomacy across 2018 and 2019, and is now threatening to end its self-imposed moratorium on long-range missiles and nuclear testing. Adding to complications for South Korea’s next president is the extended US efforts to contain China, as well as potential Chinese economic coercion should South Korea side too closely with the United States.

The outcome of the presidential election matters not only to just South Korea, but also to its allies and neighbours.

Contrasting approaches to the North

Traditionally, both conservative and liberal candidates in South Korea support some form of dialogue and economic cooperation with the North – but where they differ is the conditions and sequence of such engagement.

Conservatives want strict reciprocity, meaning they will only reward North Korea if the North has demonstrated satisfactory progress towards surrendering its nuclear ambitions. Former conservative presidents Lee Myung-bak (2008–13) and Park Geun-hye (2013–17) had their own versions of North Korea engagement. For Lee, it was the “Denuclearisation, Openness, 3000 Vision,” with which he sought to convince the North to give up nuclear weapons, open the country and thereby raise its national income per capita to $3000 via economic assistance.

Once the election is over, neither of them will be under electoral pressure to pursue a moderate foreign policy.

For Park, she unveiled “Trustpolitik,” where South Korea would rebuild trust with the North after inter-Korean relations sunk to the bottom in 2010 after the sinking of the Cheonan warship and the attack on Yeonpyeong island.

However, both conservative presidents made it clear that economic cooperation would only come after there was verified progress on North Korea’s efforts to denuclearise and a halt to its provocations. Conservatives are often blamed for rigidity and it is not hard to understand why inter-Korean relations deteriorated during this time.

Similar to his conservative predecessors, Yoon wants to establish a trilateral diplomatic office between the two Koreas and the United States. He is open to signing a peace treaty and granting economic assistance if North Korea denuclearises first, and may meet North Korean leader Kim Jong-un if the summit is not just “for show”. However, Yoon has made it clear that he will scrap the 2018 Comprehensive Military Agreement if the North does not change its attitude, and he opposes an end-of-war declaration before denuclearisation. These conditions are harsh enough to make North Korea abandon diplomacy altogether, as it was the case during the tenures of Lee and Park.

Liberals, by contrast, allow for diffuse reciprocity: they will reward North Korea even in the absence of a change in behaviour by North Korea in the belief that good will has a reciprocal benefit for the future. Former liberal presidents Kim Dae-jung (1998–2003) and Roh Moo-hyun (2003–08) and incumbent president Moon all took the first step in engagement with the North. Each was shaped by political dialogue and economic initiatives in line with Kim’s “Sunshine Policy” – the goal to make inter-Korean relations conducive to North Korea’s national interests.

Lee sees Moon’s time in office not as a failure but as unfinished business.

Liberals tend to believe only when North Korea feels safe enough under a policy of engagement will it consider denuclearisation. Of course, liberals also denounce North Korea’s provocations and will engage in an arms build-up and increase the defence budget. But by engaging first, liberals are often criticised for “appeasing” the North and rewarding its bad behaviour.

Unsurprisingly, Lee sees Moon’s time in office not as a failure but as unfinished business. He supports resuming tourism to Mount Kumgang, declaring an end to the Korean War, seeking a “de facto state” of unification between the two Koreas, maintaining Seoul’s role as a mediator between the United States and North Korea, and meeting North Korean leader Kim Jong-un to resolve the deadlock which has persisted since the Hanoi summit between Kim and then US president Donald Trump.

At the same time, Lee has condemned North Korea’s January missile launches and proposes “snapback” sanctions relief – South Korea will only reward the North when it takes concrete steps towards denuclearisation and the rewards are reversible if conditions are not met. Still, Lee wants to use the end-of-war declaration to restart the engagement process with North Korea.

Managing the United States and China

The two candidates’ different perceptions of the North Korean threat and their preferred sequence of engagement determine whether the next administration will prioritise its security ties with the United States or its economic ties with China. Without a doubt, both Yoon and Lee support a strong US-South Korea alliance, but they differ in terms of degree.

From Yoon’s perspective, North Korea presents a grave threat to South Korean security, and thus Yoon has called for additional Terminal High Altitude Area Defence (THAAD) deployments regardless of the record of Chinese economic punishment in 2016 and 2017.

Yoon implied that his anti-China policy is a direct result of growing anti-China sentiment in South Korea. He criticised Moon’s “three noes” of no additional THAAD deployment, no participation in the US missile defence network and no establishment of a trilateral military alliance with the US and Japan.

Yoon went so far as to suggest the redeployment of US tactical nuclear weapons and a pre-emptive strike to counter North Korea’s nuclear and missile threats. Yoon also vowed to regularise joint military exercises with the United States, which were scaled back as a part of Moon’s engagement policy with North Korea since 2018. The United States and South Korea for now are considering postponing joint military drills from March to April to avoid the presidential election. With respect to broader regional security, the conservative candidate proposed South Korea to participate in the Five Eyes intelligence sharing grouping as well as working groups for the Quadrilateral Security Dialogue, or Quad as it is more commonly known, but he ruled out developing an independent nuclear submarine capability.

For his part, Lee has accused Yoon of exaggerating the North Korean threat and ignoring the negative effects of Chinese economic sanctions. Worsening China-South Korea economic ties will only exacerbate national economic woes.

Lee does not see additional THAAD deployments as necessary because South Korea can rely on other existing missile defence systems, and that a pre-emptive strike strategy could be mistaken by North Korea as an intention to go to war.

None of this means Lee is soft on North Korea. Instead of solely working through the alliance, as Yoon desires, Lee seeks to develop an independent nuclear submarine capability with technological assistance from the United States based on the AUKUS deal with Australia, a policy Moon also championed. Remarkably, a shift to a more pragmatic and independent security policy within the alliance framework is part of a long-term national strategy to hedge against US abandonment and China’s rise.

Either would be free to be an unpopular president

With equally high disapproval ratings before the election, Yoon and Lee have to appeal to the broader public and thus their foreign policy platforms may not reflect what a president Yoon or Lee would pursue in office. However, what is clear is that the two candidates have fundamentally different views on inter-Korean relations and South Korea’s role in the US-China rivalry, and once the election is over, neither of them will be under electoral pressure to pursue a moderate foreign policy.

If Lee were to win the election, it would signal a continuity of Moon’s foreign policy in the next five years. If Yoon is victorious, it could see a return to rigidity in inter-Korean relations or even “fire and fury.”

Still, after the election, North Korea, the United States, and China also get a vote in how events unfold. An increase in regional tension brought about by China’s assertiveness, US efforts to contain China, or North Korea’s long-range missile and nuclear tests, will shrink the number of policy options that the next South Korean president can pursue. Unfortunately, such a deterioration in region dynamics is increasingly likely. 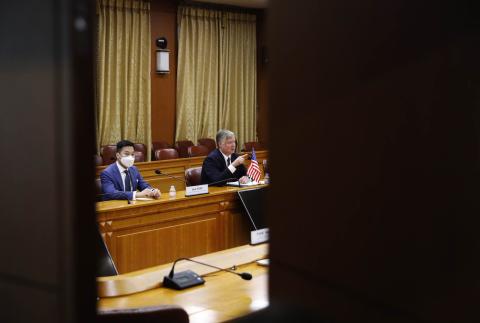