The UK faces a lose-lose situation as demonstrators put disputed Indian Ocean archipelago in the spotlight. 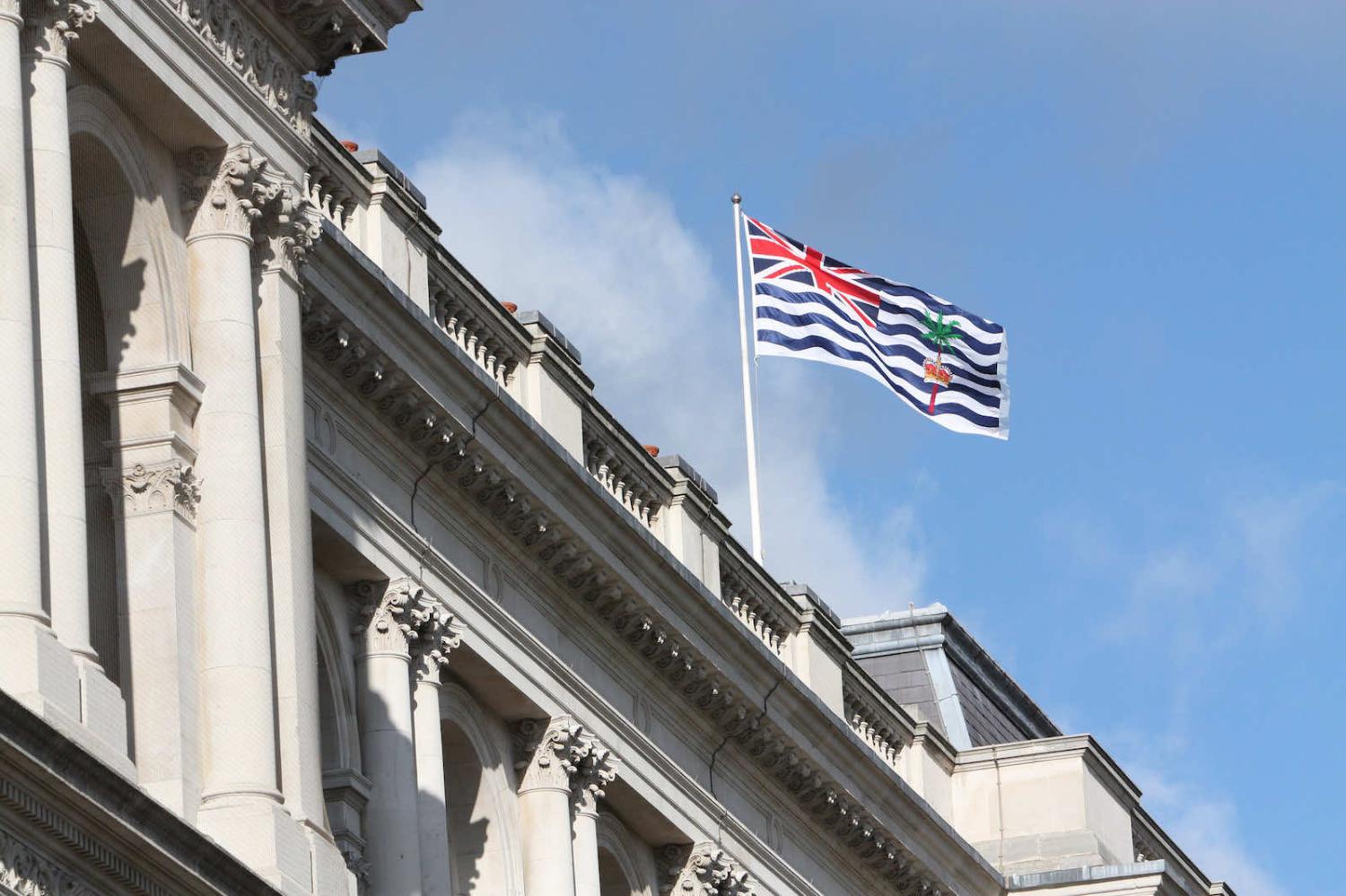 The flag of British Indian Ocean Territory, or BOIT, above the Foreign Office building in London (FCO/Flickr)
Published 9 Feb 2022

On Tuesday, Mauritius made good on a long-standing threat to Britain and sent a boatload of officials to visit the Chagos Archipelago without permission. This action has placed Britain, which administers the disputed island territory, in a very difficult position.

Touted by Mauritian Prime Minister Pravind Jugnauth as “historic”, the 15-day expedition is headed by Mauritius’ Permanent Representative to the United Nations Jagdish Koonjul (who has previously written in The Interpreter on potential resolutions to this dispute).

Koonjul is accompanied by Mauritius’ legal adviser, British academic Professor Philippe Sands, as well as Mauritian government officials and Chagossians. British and American journalists have also joined the voyage to document the spectacle.

The expedition intends to land at the remote Blenheim Reef, a partly submerged atoll approximately 230 kilometres north of Diego Garcia, the location of a large joint US–UK military base.

#Chagos islanders heading back to visit their remote homes today 50 years after forcible removal by Britain. Reporting on this historic (and politically provocative) trip on ⁦@BBCNews⁩. Britain claims sovereignty of the archipelago but UN courts say Mauritius is true owner. pic.twitter.com/RlQXJxJXdp

Ostensibly a “scientific survey” of Blenheim Reef, the voyage is intended to be a public rebuke to continued British administration over the contentious Chagos. According to Mauritius, Blenheim Reef is not only under Britain’s “illegal” administration, but it is also now subject to a maritime boundary dispute between Mauritius and neighbouring Maldives.

Mauritius has chartered the former naval ship, the €430,000 Euro per week “Bleu de Nimes” superyacht for the voyage. The delegation can enjoy the onboard sauna, gym and dual sun deck Jacuzzis en route to the disputed reef.

Blenheim Reef is a long way from Mauritius. While the Mauritius government originally intended for this voyage to depart from nearby Maldives, the Maldives government stymied the plan, forcing the superyacht to depart Seychelles instead.

Mauritius argues that the way in which the islands (now constituted as the British Indian Ocean Territory, or BIOT) were detached from Mauritius by Britain prior to independence was illegal. Mauritius has agitated for the return of the Chagos since the 1980s, and its efforts were buoyed in recent years.

In May 2019, the UN General Assembly passed UN Resolution 73/295 demanding that the UK “withdraw its colonial administration from the Chagos Archipelago unconditionally within a period of no more than six months”. After the UK ignored the deadline, Jugnauth branded it as an “illegal colonial occupier”.

This 2022 voyage is the latest move by Jugnauth to further his nation’s claim over the Chagos. While he is not joining the voyage personally, he noted his intention to join future expeditions to the Chagos.

So will this tactic work, and how will Britain respond?

This expedition undoubtedly shows a level of restraint by Mauritius. Rather than sailing a Mauritius Coast Guard vessel, a superyacht (while also undoubtedly more comfortable) will be a less threatening prospect for Whitehall’s decision-makers pondering a response.

Secondly, the expedition does not appear to be sailing near the sensitive and secretive joint UK­–US military base on Diego Garcia. Private yachts regularly transit through the Chagos, and anchor in its atolls. So as long as Bleu de Nimes steers clear of Diego Garcia, its transit will not affect base security. Blenheim Reef is a considerable distance from Diego Garcia.

Further, while representatives of the Chagossian community will join the expedition, there is no indication that the voyage plans to commence or further Chagossian resettlement. For its part, Mauritius has promised to resettle the Chagos Archipelago should it gain sovereignty.

This laissez-faire response from London will no doubt embolden Mauritius to continue incursions.

The “scientific” nature of the voyage – purportedly to inform Mauritius’ ongoing International Tribunal for the Law of the Sea case against Maldives – also gives it some apparent legitimacy.

London, steadfast in its sovereignty claim, should be worried about whether this expedition is the thin edge of the wedge.

According to the BIOT website, permits are required for all vessels visiting the Chagos islands. The website warns that “any person who enters BIOT without permission may be liable to imprisonment for 3 years and/or a fine of £10,000 and the vessel used to enter BIOT waters may be seized and forfeited.”

But, according to Sands, Mauritius informed Britain of its intention to survey the Chagos in December 2021. Threatened with further legal action if it did not respond, Britain “blinked” and notified Mauritius it would not impede the expedition.

This laissez-faire response from London will no doubt embolden Mauritius to continue incursions into BIOT, which may become more strident and forceful.

Britain knows that enforcing its 2018 Ordinance on entry into the Chagos by intercepting Bleu de Nimes and prosecuting its passengers will undoubtedly invoke the wrath of the international community, which overwhelmingly supports Mauritius’ claim over the Chagos.

The 2010 “Gaza freedom flotilla”, in which 10 political activists were killed by the Israeli military while trying to “illegally” enter Gaza, shows how easily this type of maritime demonstration could get out of hand.

London faces a lose-lose situation. It either tacitly allows this and future Mauritian forays into its territory, or it responds which will likely generate pro-Mauritian media and international attention. Responses could include public statements, diplomatic action or possibly even interception by BIOT patrol vessel Grampian Frontier.

Either way, further expeditions are apparently planned, including more senior Mauritian leaders, perhaps even the prime minister himself.

Deft Mauritian diplomacy has put the spotlight on British intransigence. However this fortnight-long survey plays out, Britain’s international credibility will be diminished. 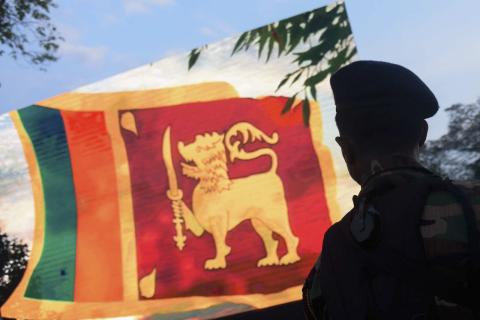 Mauritius can’t have sovereignty over the Chagos and US nuclear weapons housed on Diego Garcia. Or can it?
Benjamin Herscovitch 25 Feb 2021 05:00

Ensuring a consistent approach to the “rules” would make it that much harder for China to break them.
Sam Roggeveen 14 May 2018 14:15

Soon, China will be the only country other than the US to operate more than one large aircraft carrier.