Presidents Xi and Putin make a deliberate show of solidarity, but Quad partners should focus on boosting defence ties. 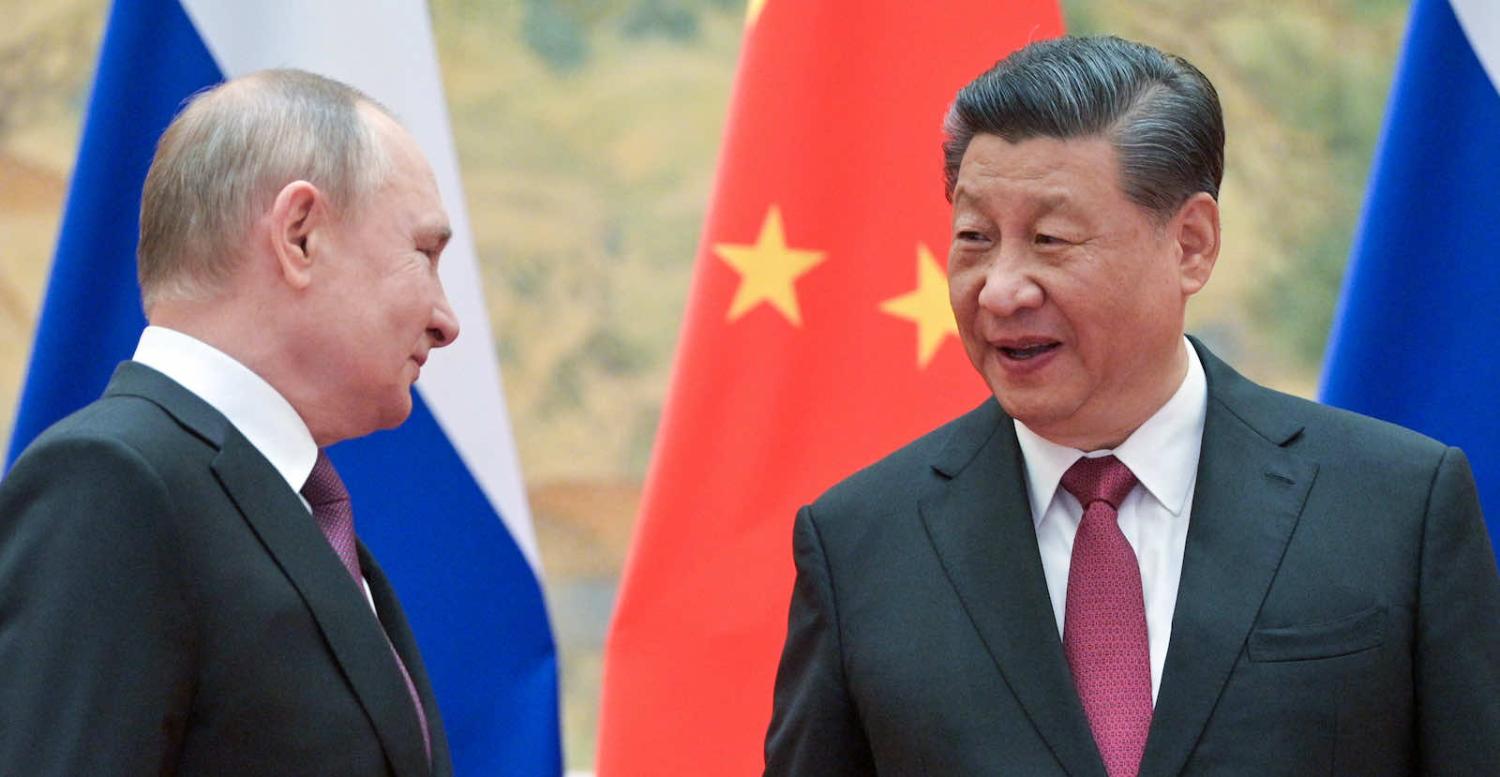 The German naval chief, Vice Admiral Kay-Achim Schönbach, lost his job during a visit to Delhi last month. During an interaction where he went woefully off-script, he urged the West to offer “respect” to Russian President Vladimir Putin and keep the focus trained on China, a “not so nice country”, because “this is where the international order will be shaped”. Putin may not merit the promised respect, but the admiral was spot on regarding China.

Consider the emerging global reality set out in sharp relief this week. A China-Russia relationship was sealed during the Beijing Winter Olympics, set against the backdrop of a threat to invade Ukraine. The deal included energy security, support for Russia’s actions in Ukraine and a bonding against the West. Pakistan added the icing – with China, Pakistan muddled around on Kashmir; with Russia, Pakistan is upgrading its ties, with Imran Khan being only the third Pakistan prime minister to be invited to visit Moscow.

Oh, and they teamed up against the Quad – the security dialogue between Australia, India, Japan and the United States.

China continues its aggressive posture not only in the South China Sea and against Japan in the east, but against India in eastern Ladakh. Russia is engaged in high stakes brinkmanship with the West, which threatens to throw the world into a dark space. The two premier authoritarian states make no pretence of how power should be disseminated.

The Quad should sharpen its focus on the security relationship, because the hard power of a defence partnership is the bedrock for all the new connections.

These issues will bring the Quad closer together as the four foreign ministers meet in Melbourne this week. India’s S. Jaishankar, Australia’s Marise Payne, the United States’ Antony Blinken and Japan’s Yoshimasa Hayashi will be together for the first time after the Japanese elections and the last time before the Australian elections.

The Quad is at the heart of the redrawing of global geopolitics, which makes it unique. Its very existence offers the promise of a more democratic global order tailored to twenty-first century realities. It’s not just a forum for “anti-China” activities as both China and Russia like to denounce it. It shows the way for international cooperation by following the rules of the road — and the seas.

“We are a vital network of liberal democracies committed to practical cooperation, including to support a regional recovery and to ensure all Indo-Pacific nations, large and small, are able to make their own strategic decisions, free from coercion,” Payne was quoted as saying on the eve of the talks.

In a sense, Quad 2.0 attained maturity during the pandemic. The virus, which irrevocably altered geopolitics, also set out markers for the Quad in this new world. Covid vaccines, trusted and resilient supply chains, humanitarian assistance/disaster relief, maritime security, counter-terrorism, cybersecurity and information security, climate change, and critical and emerging technologies are the tools of this new world order. It’s important for the Quad to demonstrate success in all of these.

The first should be vaccine delivery – Covid is not done yet and the Quad needs to get effective vaccines across to countries that are still waiting in the queue, for first doses and boosters. India, as the world’s largest manufacturer, should make a case for smoother supply chains for vaccine production and delivery, bringing together the India-Japan-Australia agreement on resilient supply chains with the Quad initiative.

That’s what will mark success this week in the region, which is following the Quad silently but keenly. As Jaishankar said at a United Nations meeting in 2019, “The Kindleberger trap on the shortage of global goods is far more serious than the Thucydides Trap.” China’s mercantilism rendered it a selfish superpower and this was evident in full bloom during the pandemic. The Quad brings a very different narrative to this.

But there is more. The Quad should sharpen its focus on the security relationship, because the hard power of a defence partnership is the bedrock for all the new connections that define the Quad. AUKUS is a booster shot for the Quad, though there should be an opening for both India and Japan to partner these countries on related technologies. Likewise, the Japan-Australia Reciprocal Access Agreement opens up new horizons for emerging defence partnerships.

India opened its own defence account in recent weeks by selling the BrahMos missile to the Philippines in an unprecedented move, which has enormous strategic implications for the Indo-Pacific region. The Philippines is an interesting choice, as the country that challenged, successfully, China’s mission creep in the South China Sea, but then succumbed to Chinese coercion. Buying missiles from India is a strategic statement by Manila. India hopes to repeat the experience with Indonesia certainly, and United Arab Emirates.

The Quad leaders’ summit in September 2021 for the first time included space as an area of cooperation, to set up the rules of this new order, but also to collaborate on military and civilian space projects to ensure “the sustainable use of outer space”. India is opening up the space sector to private enterprise; time for the Quad to make the most of it.

There is much talk of Quad Plus groupings – to include New Zealand, South Korea, Vietnam, Israel, even some EU countries. They are certainly the future, as minilateralism takes over from an obsolete global multilateral system.

Despite so many geopolitical headlines clamouring for attention, it’s important nevertheless that all four countries resist the temptation to either pile expectations on the Quad or dilute its core mandate by diversifying into newer areas. Stick to the brief; the future will fall in line.

Exercises with submarines marks a significant step, but New Delhi is wary of any four-way cooperation with Canberra.
Kerryn Baker 27 Feb 2019 11:30

Complaints about America’s attention to the region need to be put in proper context.