A common concern about China cannot be the lone factor for enduring engagement. 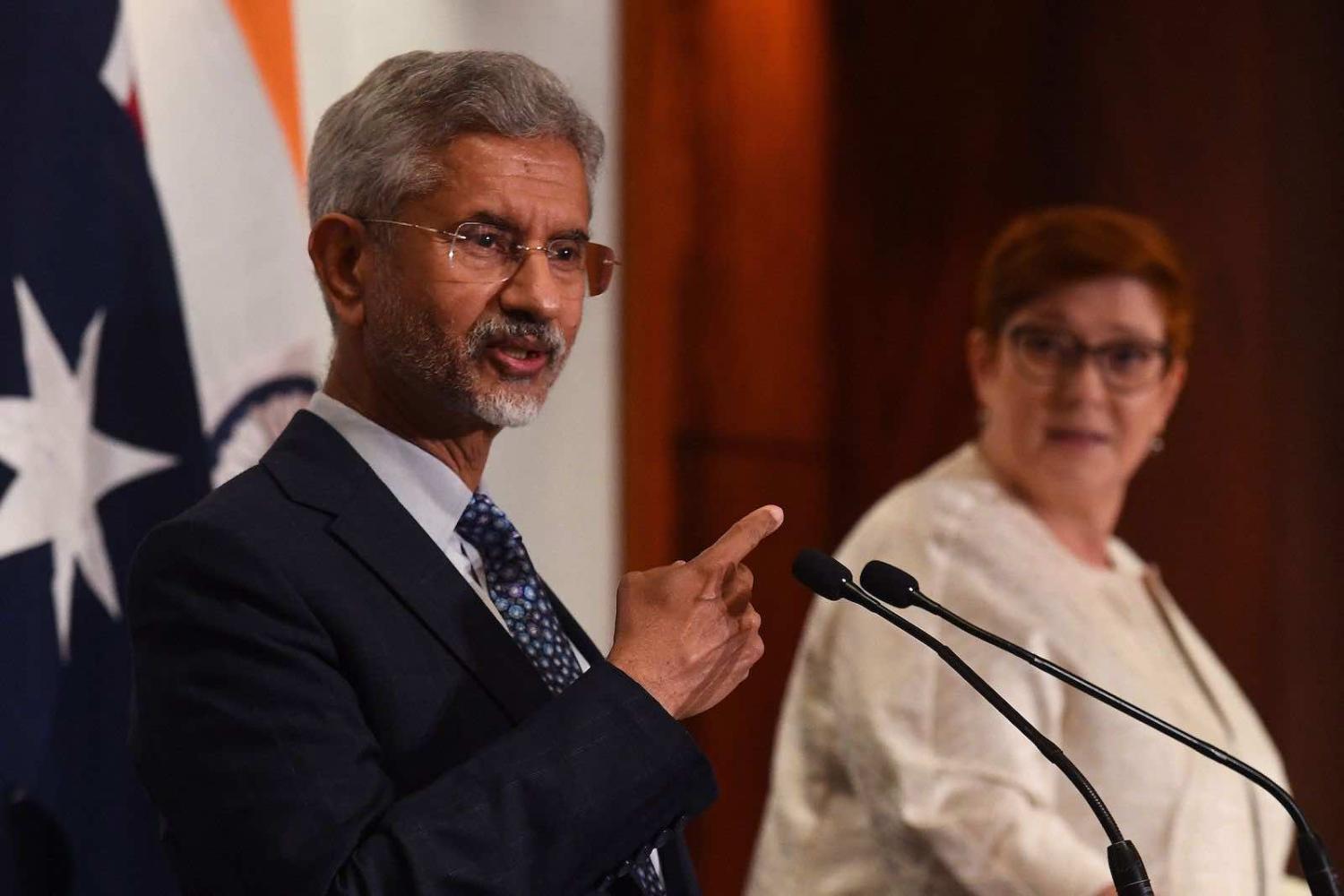 Subrahmanyam Jaishankar’s visit last week to Australia – his first as India’s External Affairs minister – provides a fillip to the bilateral relationship. Jaishankar's main reason for the trip was to participate in the Quad, the regional dialogue also involving the United States and Japan. But India's ties with Australia deserve a steady push.

People-to-people and sporting connections especially on the cricket field have traditionally dominated the narrative between India and Australia. But it is China’s rise that has brought these two maritime democracies together. The Quad has provided the two countries a platform to engage with each other effectively and a new Comprehensive Strategic Partnership was forged in 2020. The conclusion of a Mutual Logistic Support Agreement (MLSA) has also provided the armed forces with a framework for cooperation and the recently concluded Malabar naval exercise has reaffirmed India and Australia’s commitment to the need for a “free and open Indo-Pacific” amid the perceived threat from China.

But for all the focus on security diplomacy, deadlocks continue, in particular with economic ties.  “Bilateralism merges seamlessly into the multilateral agenda for the Quad”, as one leading commentator has noted, yet it is also clear that multilateralism has significantly dwarfed bilateralism. India and Australia have not been able to conclude the much-anticipated India-Australia Comprehensive Economic Cooperation Agreement (CECA) after negotiations spanning 11 years. Instead it is now expected that a more limited deal will finally be achieved in the coming months.

The business relationship is marked more by hesitation than ambition.

Similarly, Australian businesses continue to be sceptical of investing in the Indian market. Although Australian companies such as Macquarie Group, ANZ Bank and retail giant Wesfarmers have a presence in India, and Indian companies including Infosys and Tata Consultancy Services (TCS) are active in Australia, the business relationship is marked more by hesitation than ambition.

While the coal imports from Australia have helped India meet its domestic energy requirements, fossil fuel will remain contentious particularly as global pressure to address climate change gathers pace. Coal seems unlikely to be the foundation for a bilateral economic partnership.

India has committed itself to becoming a greener economy by 2030. Prime Minister Narendra Modi pledged at the Glasgow Summit last year that India will look to renewable sources to produce 50 per cent of its energy requirements by 2030. While that leaves a substantial portion still to generate, doing so at the cost of the environment by importing more Australian coal would be unwelcome and not a sustainable basis for a relationship.

Australia’s elections, expected in May, will be the next test for relations with India. While the Morrison government is under pressure at home, foreign policy does not appear to feature as a major issue in the minds of voters – at least not yet. Opposition leader Anthony Albanese has reiterated that a belligerent China “will be a difficult relationship” even should there be a change of government. And this common concern about China will help drive India and Australia together.

However, China cannot be the lone factor to ensure enduring engagement between Australia and India. Efforts to strengthen the bilateral relationship must be broad and deep – and in this respect a slew of announcements following Jaishankar’s visit relating to migration, tourism and investment hold promise. India can reciprocate by seeking to allay its protectionist attitude when it comes to matters concerning trade.

Most importantly, for the relationship between India and Australia to prosper, it cannot just remain an offshoot of the Quad but must develop an independent identity of its own.

A second National Action Plan is overdue. It’s not too late to integrate concerns about causes of gender-based violence.
Alex Oliver 10 May 2017 16:01

There’s not much joy in the 2017 budget for Foreign Minister Julie Bishop, for Australia’s international engagement, or for DFAT’s long-suffering staff.