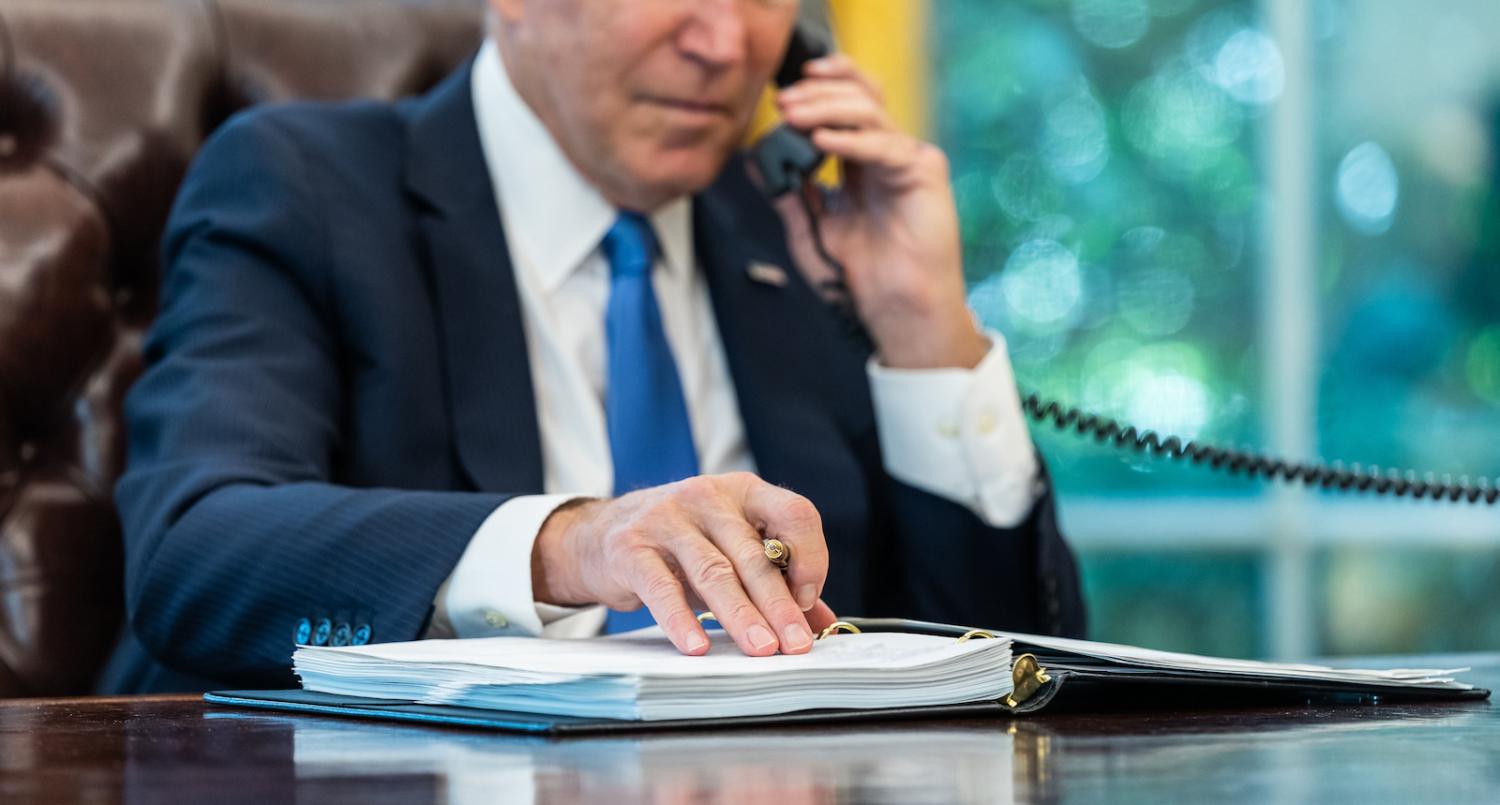 The United States has just released an Indo-Pacific Strategy document, reiterating the importance of the region under President Joe Biden. Even though the document states the United States “will focus on every corner of the region, from Northeast Asia and Southeast Asia, to South Asia and Oceania, including the Pacific Islands,” it’s obvious that Southeast Asia is very much in the heart of the US Indo-Pacific Strategy.

Many of the ten Association of Southeast Asian Nations member states are specifically mentioned, with the Philippines and Thailand as US treaty alliance partners in the region. Indonesia, Malaysia and Singapore are considered leading regional partners.

Unlike the AUKUS announcements, where China loomed in the background largely unmentioned, the new strategy document is explicit that China’s “coercion and aggression spans the globe, but it is most acute in the Indo-Pacific”. Beijing is singled out for aggressive behaviour, threatening neighbours in the South and East China seas, leading Washington to declare it will assist allies and friends in the region.

The best way to increase US engagement with the region and Southeast Asia in particular will be to demonstrate the benefit to both sides.

Southeast Asia has become one of the most important arenas for this great power contestation. ASEAN has long emphasised its centrality and neutrality and to ensure this continues the organisation has adopted the ASEAN Outlook on Indo-Pacific. The new US Indo-Pacific Strategy does not explicitly mention or endorse the ASEAN Outlook, but it does “endorse ASEAN centrality and support ASEAN in its efforts to deliver sustainable solutions to the region’s most pressing challenges”.

This is an important gesture and, unlike the Trump administration which too often sought to provoke ASEAN to confront China, the new US Indo-Pacific Strategy recognises and respects the importance of ASEAN unity.

The document also offers a concrete plan to ASEAN to promote regional prosperity, with the United States pledging to increase its foreign direct investment in the region. The United States is already the leading investor in ASEAN countries, with the new strategy promising further measures that will “facilitate high-standards trade, govern the digital economy, catalyse investment in transparent, high-standards infrastructure, and build digital connectivity”. Such commitment is important to balance the influence of China in the region, which has significantly increased in the last decade via its Belt and Road Initiative. It also appears to go some way to addressing the shortfall from the US decision to withdraw from negotiations for regional free trade talks.

In the security arena, the new strategy reiterates that the United States has maintained “a strong and consistent defence presence necessary to support regional peace, security, stability, and prosperity”, pointing to the South China Sea and the East China Sea as a priority. However, it is interesting that while the document underscores the importance of freedom of navigation in the Indo-Pacific, not a single paragraph mentions the US Freedom of Navigation Operations Program (FONOPS) carried out by the US Navy, which has stirred controversy. Conversely, the strategy emphasises the importance of the Coast Guard to lead maritime security cooperation in the region, in “advising, training, deployment, and capacity-building … including to build maritime capacity and maritime-domain awareness”. Indeed, in 2021, the US Coast Guard announced a joint maritime training centre with the Indonesian Coast Guard in Batam.

The emphasis on coast guard cooperation can be seen as a positive gesture since it will be less provocative and sensitive compared to a military presence in the region. And more importantly, coast guard operations in Southeast Asia are very much required to tackle maritime security threats such as illegal fishing.

Beyond the traditional economic and security cooperation, the strategy also highlights the importance of people-to-people interaction. In the years before Covid-19, almost 60,000 students from ASEAN member states studied in the United States. And through the Young Southeast Asian Leaders Initiative (YSEALI) the United States has sought to promote closer ties with the next generation of regional leaders.

The strategy also illustrates the weight attached to US-ASEAN relations. The United States has reiterated its commitment to the East Asia Summit and ASEAN Regional Forum and “will also seek new ministerial-level engagements with ASEAN”, promising more than US$100 million in new joint initiatives.

The US Indo-Pacific Strategy promises much. The best way to increase US engagement with the region and Southeast Asia in particular will be to demonstrate the benefit to both sides.

The latest episode in a podcast to discuss the implications of coronavirus for Australia, the region, and the world.
Greg Raymond, John Blaxland 11 Dec 2017 10:39

Attitudes about friend or foe shift dramatically when countries work together on a serious security problem.
Quentin Hanich 8 Dec 2017 16:30

Complicating the threat of overfishing is a contest between developed fishing countries and small island states.