While the opposition worries about gerrymandering, the flaws in the decision are more about the population count. 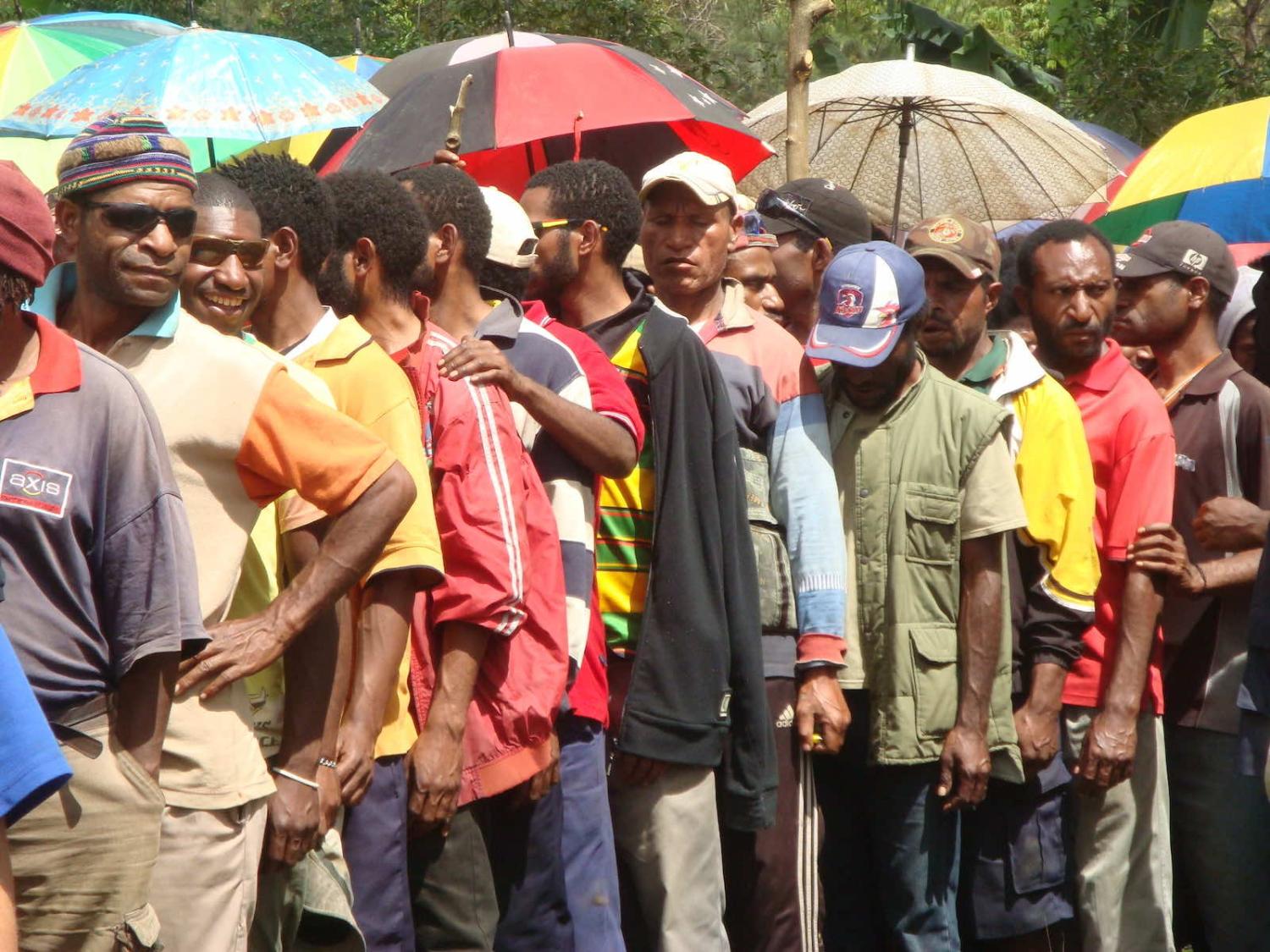 Papua New Guinea’s parliament has approved the creation of seven new districts just weeks ahead of the national elections scheduled for 11 June. This is the first time since the country’s independence in 1975 that the parliament has conducted such redistricting but the rush in this instance has exposed flaws in the decision.

Parliament approved the creation of seven new districts on 23 March, out of 12 recommended by the Electoral Boundaries Commission (EBC). Since independence, there have been five previous reports from the EBC recommending the creation of new districts, but successive parliaments have continuously rejected the recommendations.

By law, the EBC is required to investigate and recommend to parliament the creation or amalgamation of districts. The national census is also required to be conducted every ten years. Though it is not expressly stated, EBC reports are expected to follow the census so that the recommendation for redistricting is based on updated census data. But the 2021 census was postponed for various reasons, including the Covid-19 pandemic. So the creation of the seven new districts was done based on outdated and inaccurate census data.

PNG politics does not follow political party conventions witnessed in other countries where political parties have strong followings among voters.

The opposition has expressed its intention to challenge the matter in court. The opposition accused the government of gerrymandering, claiming that it was a “political gimmick and a desperate pre-meditated plot for [ruling party] Pangu to stay in power”.

However, it is unclear how the creation of additional seats will benefit Prime Minister James Marape’s Pangu party. PNG politics does not follow political party conventions witnessed in other countries where political parties have strong followings among voters. Pangu Pati won its highest number of seats (eight) in Morobe Province. In the redistricting exercise, Morobe Province will gain only one new district.

Furthermore, in PNG politics MPs are not committed to the parties that endorse them for elections. Since the 2017 elections, 48 MPs have moved from one political party to another. If this redistricting was an exercise in gerrymandering, it would not benefit the prime minister in the long run with the level of fluidity experienced in the local political scene.

But there is a process and formula for the redistricting, as well as potential legal questions that must be overcome.

According to the Organic Law on National and Local-level Government (OLNLLG 1997), the EBC is charged with the responsibility to investigate and make recommendations to the parliament for redistricting. The OLNLLG states that the number of districts in PNG can range between 110 and 120, and allows for a maximum of 31 new districts in addition to the 89 existing ones. The average population of the districts is used as the quota for determining which districts should either be split or amalgamated if the two adjacent districts’ population is small enough that combining them would not exceed the average.

This is where the main legal question arises: what exactly is the population of PNG?

With the census postponed until 2024, the EBC made the recommendations for new districts based on the 2011 census data. However, the 2011 census has generally been accepted to have been inaccurate. This pushes the base for estimate back 20 years to 2000, the last reliable census data which put the population at 7.3 million. There are many estimates of the present population, ranging from 8–9 million. The OLNLLG allows for the population to vary by 20 per cent. Even so, to do that, a reliable base population is required.

The prime minister argued that there was a need for redistricting to ensure equal benefit from the development funds. Currently, the constituency development funds are equally distributed among the 89 districts without regard for population disparities. Even if relying on the 2011 data, which parliament has used in approving the creation of the new districts, the Highlands and Southern region should have been given priority. A recent analysis by researcher Maho Laveil using 2011 census data shows that there are seven electorates in the Highlands and Southern region that exceed the population quota and are in need of redistricting, followed by Islands and Momase regions with four and three respectively. Instead, Southern region was allocated the most districts (three), while the Highlands region had two. Momase and Island regions had one each.

Furthermore, Laveil’s analysis also shows that ten districts each in the Highlands and Momase regions are too small, followed by Southern with nine, and Islands region with three. Districts like these should be considered for amalgamation.

There are many issues the parliament failed to address. For instance, the new districts were not accounted for in the 2022 budget that was passed in December 2021. But the main problem will be the administrative nightmare. The new districts will come with their own sets of administrative structures, need for human resources and capacity to make them operational.

Without addressing the existing problems, the government has added new sets of challenges for 2022 and beyond.

Previous Article
The not-so-hidden contest behind Timor-Leste’s presidential election
Next Article
In Putin’s war, everybody loses

The “new era” of digital authoritarianism

A growing online divide has curbed freedom of expression and opinion but it’s not time to surrender to a “splinternet”.
Mark O'Neill 13 Jan 2020 06:00