In Putin’s war, everybody loses

The war may freeze in place, but the future peace will not be like the old peace before Russia invaded. 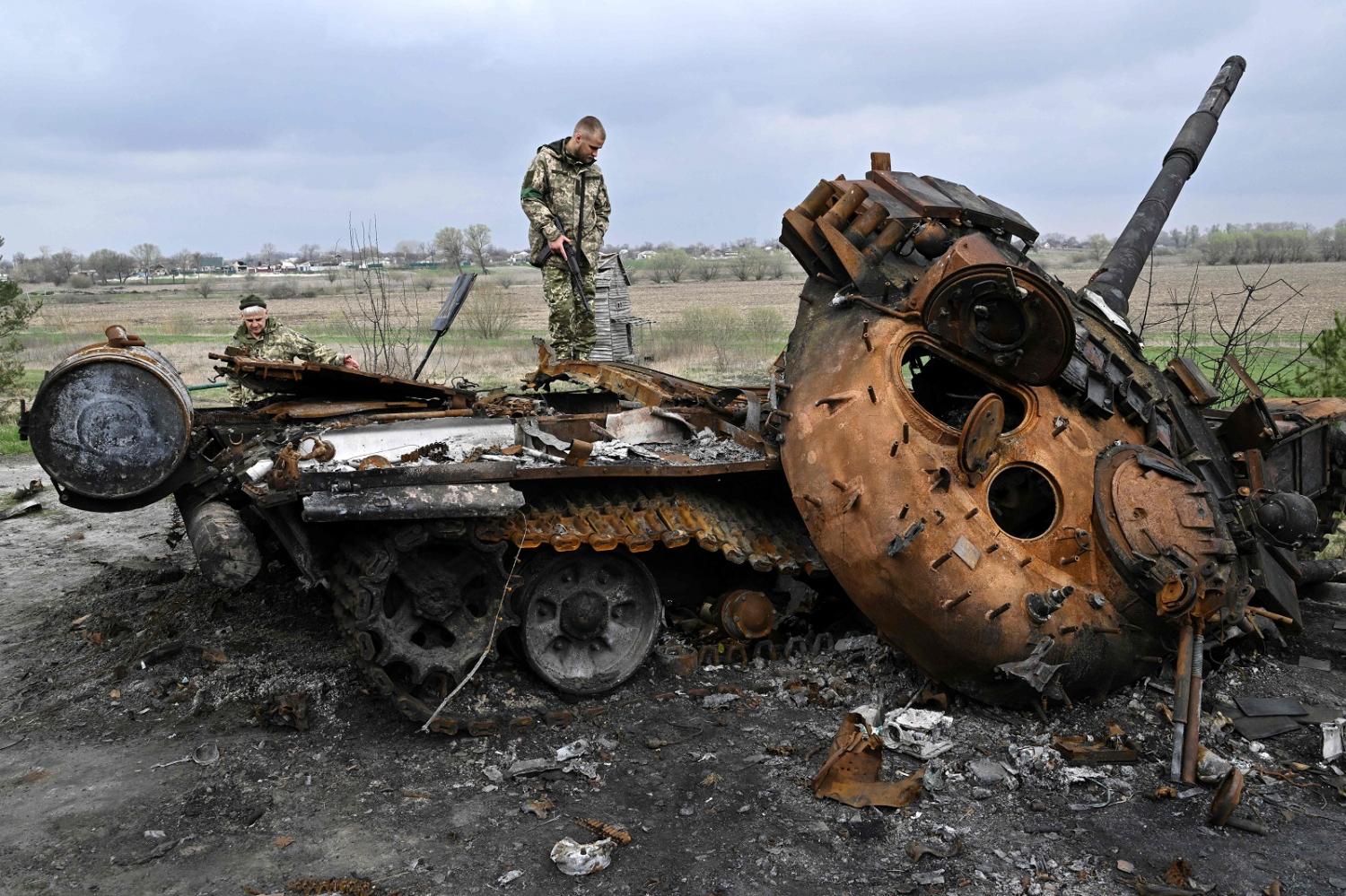 The war in Ukraine is entering its ninth week. Looking back, in the first three weeks, Russia tried to quickly impose regime change. This failed, leading to the Russian army adopting a wasteland strategy. This aimed to destroy Ukraine economically, devastate cities and towns, and create large refugee flows. Some 12 million people – about a quarter of Ukraine’s population – are now refugees, internally or externally.

Russia has now begun its expected air and land offensive to gain additional territory in the Donbass region, in particular to capture the remainder of the Luhansk Oblast (province).  This offensive will play to Russian strengths in having large numbers of tanks and soldiers, and being connected to a better military supply network than Belarus proved to be. However, Russia will again face troubles with unmotivated and badly trained soldiers, poor logistics, poor battlefield intelligence, and having much older equipment unsuited to modern smart-weapons wars.

Russia may capture parts of Ukraine and win a war, but it has already lost the peace.

The offensive is likely to have mixed success in capturing new territory, but crucially will stop Ukraine retaking the land it has lost and inflict considerable further damage to Ukraine’s armed forces. Putin will be able to claim the gains have been worth the great cost. Putin will claim that destroying Ukraine has demilitarised it, and to have saved Russian speakers in Donbass by making most refugees. As Tacitus wrote of the Romans: "they make a desert and call it peace".

Putin is likely to declare success around Russia’s annual Victory Day on 9 May. Russia will probably announce that a ceasefire is in place and expect Ukraine to agree.

Yet, it is evident that Ukraine may not agree to end the war when Russia wishes. Russia has lost the battle for Ukrainian hearts and minds. Even if the ceasefire is grudgingly accepted, it is possible small Ukrainian groups will conduct cross-border raids to make Russia pay for its war and war crimes. Russia will need to quickly fortify its lengthy border with Ukraine.

All this means that while a ceasefire might be expected in mid-May and the war may freeze in place, the future peace will not be like the old peace before Russia invaded. Russia may capture parts of Ukraine and win a war, but it has already lost the peace.

Putin is now a toxic leader, Russia is a pariah state, and tens of millions of Ukrainians – many armed – are now very angry and at least some will look to seek revenge. The Russian Army, publicised globally as institutionally unimpressive, and with many of its members violent, rapacious thugs, will be denigrated for decades.

The comprehensive failure of Russian weaponry will also impact export sales – important, as arms sales are a central element of Russia’s foreign policy. Lowering prices to keep market share will fail, as the loss of the warship Moskva highlights, for simply re-badging Soviet-era designed military equipment is demonstrably futile given the combat effectiveness of 21st century smart weapons. Before the war, Russia’s defence industry was struggling. The latest sanctions will cause further serious damage, with tank production already apparently cut.

Beyond Ukraine, the European Union is becoming ever more united. Russia has lost Europe for at least a generation. Economic decoupling is deepening daily, accelerating Russia’s economic decline. The EU will however face a heavy financial burden in helping rebuild Ukraine after the war ends. NATO is similarly transformed, with (astonishingly) Sweden and Finland now seriously considering membership. With a damaged Russian army trapped in Ukraine, there is now a short-term window of opportunity for this to happen. It may be now or never.

With Russian war crimes becoming more evident, civil society in many countries may question why some governments remain neutral.

It’s worth remembering that NATO, like the EU, is an organisation where two-thirds of the members are countries with populations of ten million or less. In contrast, Russia has a population of some 144 million. NATO and the EU are primarily small country groupings intended to counter the power politics practiced by antagonistic great powers, with NATO focused on collective defence and the EU collective prosperity. It’s unsurprising that Russia and China complain about them.

Further afield, there is an increasing rush of military aid to Ukraine. Giving heavy equipment such as tanks, artillery, armoured personnel carriers, and surface-to-air missile systems was seen as a step too far only a few weeks ago. Now, it’s considered a measure of standing with Ukraine against Russia. Such military support will ramp up further. Transferring fighter aircraft may be next, especially given Russia is now using high-flying heavy bombers for carpet bombing cities in Donbass.

In addition, with Russian war crimes becoming more evident, civil society in many countries may question why some governments remain neutral. Businesses that have so far remained hidden are becoming exposed and subject to public criticism. Two particularly vulnerable countries are India and Israel, both of which have provided some aid to Ukraine, but which do not wish to criticise Russian actions or implement sanctions. Their attempts to manoeuvre between the involved parties will become harder over the next month.

In Putin’s war, everybody loses.

The aid implications of Trump's budget, in defence of British aid spending, Indonesia moving away from being an aid recipient, and more.
David Boyle 1 Feb 2018 10:21

The awkward case of the Australian “spy” in Phnom Penh