Time for women to “wage war on war” once more

The modern world could benefit from revisiting the manifesto of the Women’s Peace Army at the time of the Great War. 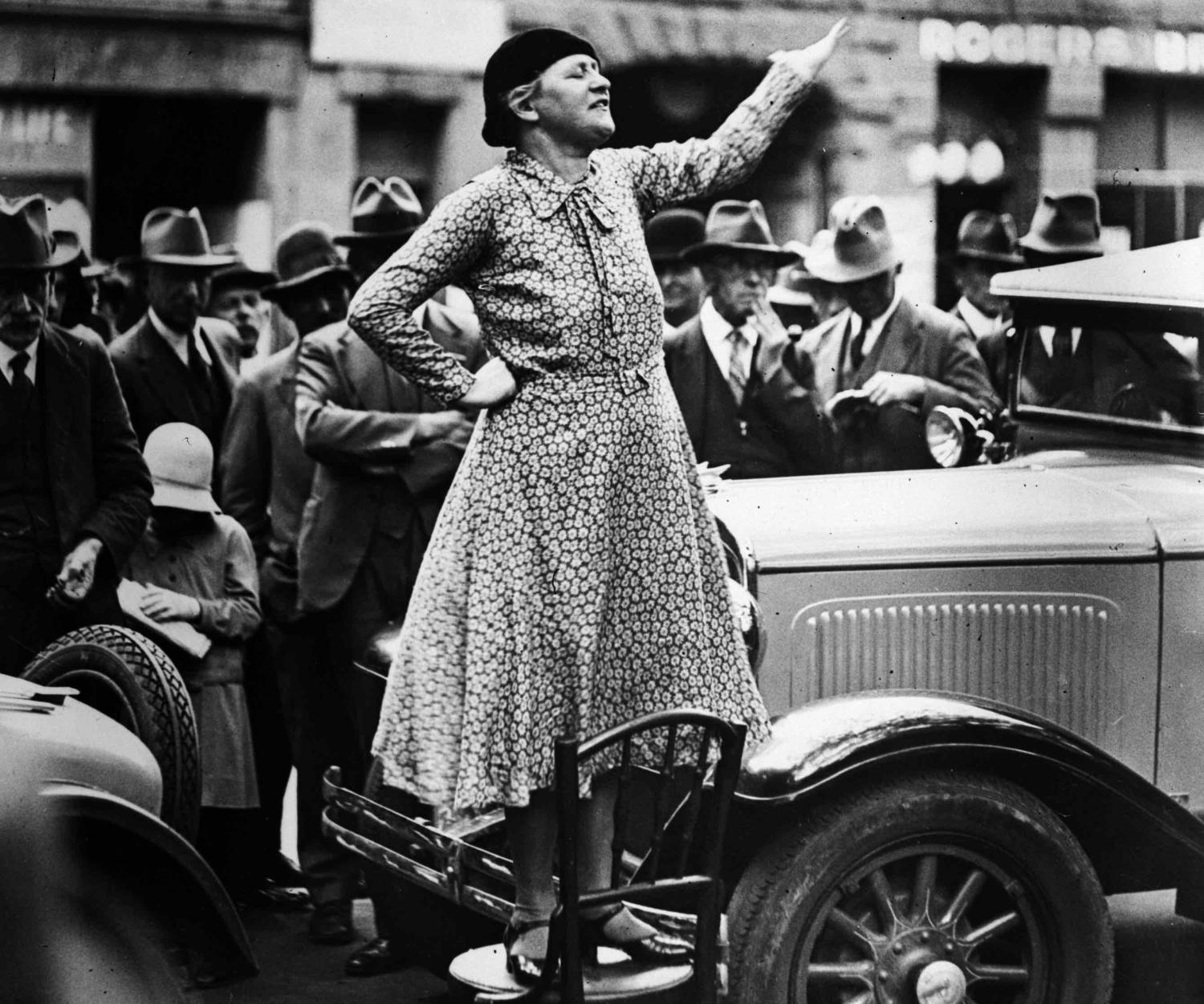 It is International Women’s Day (IWD). Step away from the pink cupcakes and listen up.

IWD is an important opportunity for the wider community to celebrate contributions and gains while also recognising the persistent gender inequality that exists in all countries and contexts. The UN exhorts us in 2018 to #PressforProgress.

But this year, in the context of the Women’s Marches, #TimesUp, and our own Barnaby Joyce saga, it is time to get in contact with the more radical roots of IWD and reimagine the kind of agenda for Australian defence and foreign policy we should be calling for today.

I suggest we draw inspiration from the Women’s Peace Army, formed 100 years ago in Brisbane to fight the introduction of conscription in the First World War.  Their motto was, “Women’s Peace Army – we war against war”.

Queensland historian Deborah Jordan has written about women’s roles in negotiating the end of the war. The Women’s Peace Army was established on 15 July 1915 in an attempt to mobilise the women in Australia who opposed all war, regardless of political party membership. This fighting body’s aim was to destroy militarism “with the same spirit of self-sacrifice that soldiers showed on the battlefield”.

The Women’s Peace Army had serious ambitions and international success. In Brisbane they held the biggest peace rally Australia had seen to date. Their best known members were Vida Goldstein, president, Cecilia John, and Adela Pankhurst (banished to the colonies by her mother Emmeline Pankhurst). The Army financed the sending of three women leaders to Zurich to try an stop the war, and authored a manifesto that is still relevant today. They did not seek to institutionalise themselves, and at the end of the Great War dissolved the Women’s Peace Army in December 1919.

These women must have been equally as brave as they were organised. Forget Twitter trolls, the Women’s Peace Army pledged to face down threats, rotten eggs, physical violence, and being silenced. As the world was falling apart, they held fast to their principles, as captured in the Women’s Peace Army membership pledge:

I believe that war is a degradation of motherhood, an economic futility, and a crime against civilisation and humanity. I therefore pledge myself to active service in the cause of peace by working against compulsory military training and every form of militarism. Further, I solemnly pledge myself to face unflinchingly adverse criticism, calumny, and persecution for my faith that LOVE and JUSTICE alone will bring peace to the world.

Some of the Women’s Peace Army’s calls have come to pass, such as the establishment of the International Court of Justice (ICJ), where Hilary Charlesworth served as Australia’s first female ad hoc judge during the Whaling in the Antarctic Case (Australia v. Japan) in 2011. But whether the ICJ has fulfilled the dream of preventing war is a moot point.

Jordan points out that several of the Women’s Peace Army’s calls continue to resonate.

First, the Women’s Peace Army wanted people to vote by referendum to decide if Australia went to war or not. (Note: not a postal survey.) This is an ongoing debate with a live bill still before Parliament.

Second, the Women’s Peace Army were heavily censored: even their theme song “I Didn’t Raise My Boy to Be a Soldier” was banned. They wanted to “democratise” foreign policy, minimising secret deals and increasing the amount information released to the public.

The Department of Foreign Affairs and Trade (DFAT) now has an excellent gender strategy. However, the missing link is strong, consistent, and funded support for women’s rights. Where, for example, is Australia’s support for Rohingya women and girls? What are we doing to help the women of Ghouta, Yemen, the Democratic Republic of Congo, or Afghanistan?

Australian advocates are circulating a petition calling on Foreign Minister Julie Bishop to step up Australia’s leadership in supporting women’s rights organisations in our region. The Women’s Peace Army would certainly have understood the existential risk of climate change and wanted to stand in solidarity with our Indo-Pacific sisters to seek climate justice with urgency and conviction. I hope that today’s white women will also stand in solidarity with First Australians and support the Uluru Statement from the Heart, in an understanding that peace begins at home.

Third, the Women’s Peace Army called for a Minister of Peace. Australia now has an Ambassador for Women and Girls, and has long had an Ambassador for Disarmament, based in Geneva. Yet DFAT continues to reject calls for a mediation unit to strengthen Australian expertise in the area of conflict resolution.

The Women’s Peace Army would surely have been angered by Australia’s decision to boycott the negotiations for a nuclear weapons ban treaty. Although Australia has a proud history of disarmament negotiations, last July it was conspicuously absent at the adoption by 122 nations of the UN Treaty on the Prohibition of Nuclear Weapons.

What would they make of a Prime Minister who declares an aspiration to make Australia one of the world’s top 10 weapons exporters within the next decade by investing $3.8 billion in a new Defence Export Facility? They may goggle at the female Defence Minister standing next to him as he declares this, too.

When was this aspiration expressed during the election? It is enough to make you don khaki and hit the streets.

On this International Women’s Day, I ask – is it time to start recruiting again for the Women’s Peace Army? Forget the polite morning teas and get organised. C’mon girls! Your country needs you!

Knowledge is power: A small investment for a big return

Australia should see that training rights advocates across the region can be an effective means to bolster democracy.
Alexandre Dayant 5 Jun 2019 11:00