Looking towards a post–Covid-19 world, France views Australia as a key strategic partner in the region. 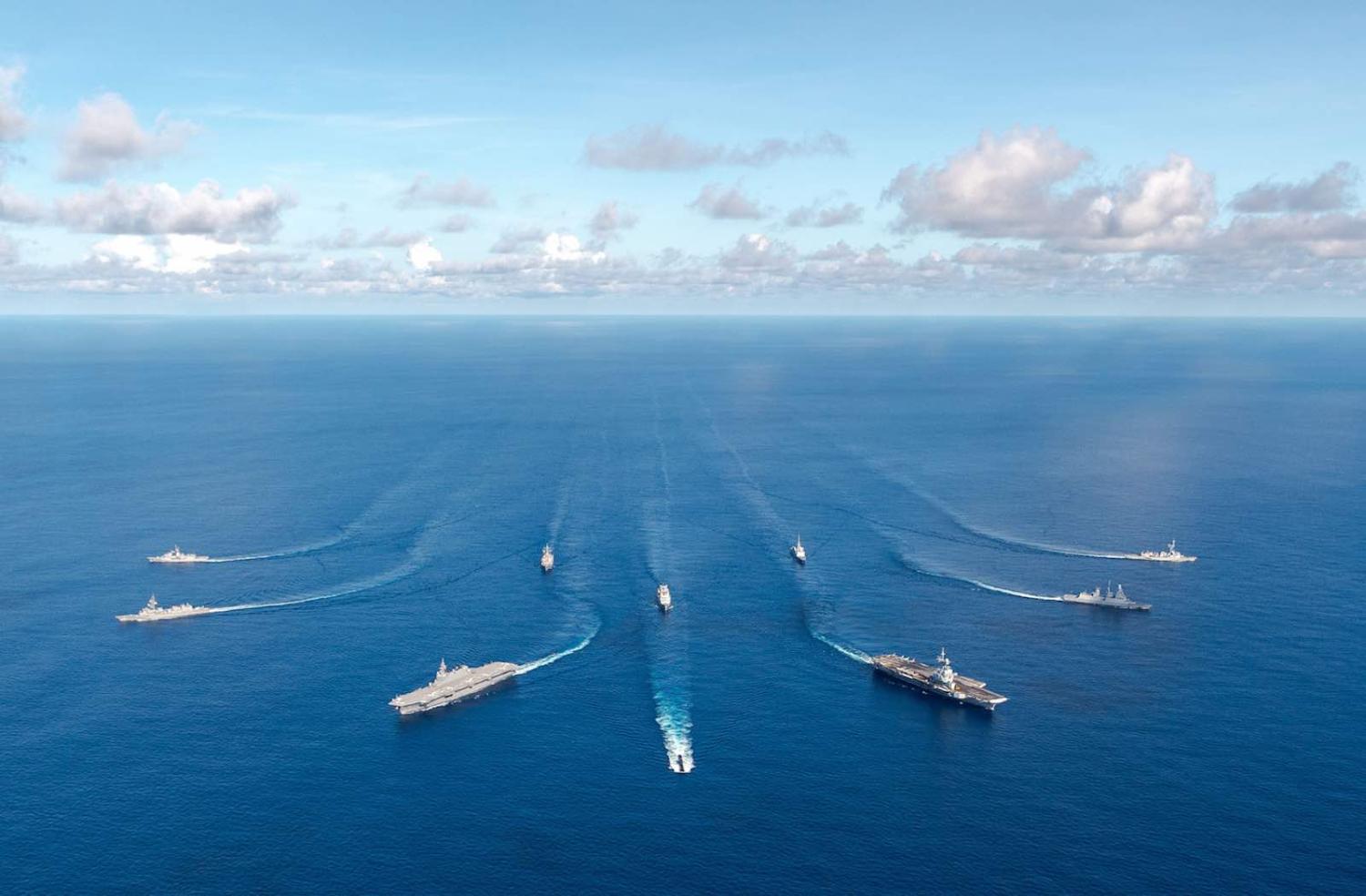 “La Pérouse” joint naval exercises in the Bay of Bengal, May 2019, with ships from Australia, France, Japan, and the US (Clarisse Dupont/Marine Nationale via ADF)
Published 7 Apr 2020

Every government is struggling with the Covid-19 crisis, with one eye to the post-coronavirus world. In this context, it may be worth looking at the French perception of Australia and their prospects, and need, for enhanced cooperation after the crisis.

France increasingly sees Australia as a key strategic partner in the Indian Ocean.

The French perspective on Australia’s role in the Indian Ocean was in many ways reflected in the May 2018 vision statement of then–Prime Minister Malcom Turnbull and French President Emmanuel Macron, made during Macron’s visit to Australia. There the leaders committed to:

These three points underscored their convergence of interests and defined their ambitions and approach. The security architecture of the Indian Ocean region remains to be built and France expects a partnership with Australia to achieve this objective.

Seen from Paris, Australia’s strategic importance is still predominantly a function of its role in the Pacific Ocean. Its military presence in the Indian Ocean has for a long time been limited to the north-east, with a primary focus on the stability of Southeast Asia and access denial to Australia. Until recently, Australian military infrastructure on the Coco islands was thus essentially defensive.

The Covid-19 crisis makes cooperation even more necessary. Australia and France are now confronted with a war of influence launched by China, while the management of the pandemic itself has become the new theatre of the US-China rivalry.

Despite best efforts, Australia’s weak military presence in the Indian Ocean has not permitted it to build the Indian Ocean Rim Association (IORA) into an effective regional organization. The limited military, political, economic, and institutional capacities of most littoral states of the Indian Ocean, as well as the political fragmentation of the region, have also not helped – nor have the uneasy relations with some of the major regional actors, in particular India.

Times have changed, though. The conditions for strengthening regional security architecture are not necessarily easier, but the need for it has increased tremendously, while new convergences have emerged as a result of China’s disinhibited policies.

Australia, France, as well as other regional actors are now reassessing their positions in the Indian Ocean for four main reasons.

First, the depth of Chinese encroachment in the Indian Ocean can no longer be ignored, as it creates vulnerabilities for every littoral state of the region.

Second, China’s interference in the internal affairs of littoral states is also raising suspicions regarding its short- and medium-term intentions. Interference in Australia’s domestic affairs, in particular, has changed its traditional equation between security and prosperity. This long-standing dilemma persists, but its terms have evolved. Prosperity can no longer be contemplated in isolation from threats to the country’s sovereignty.

Third, the range of potential threats has also increased to include environmental threats and has consequently changed the terms of coalition-building in the Indian Ocean. This allows for more inclusive coalitions of a less confrontational nature, which also provide options with real strategic value.

Fourth, the uncertainties around US commitment to regional security beyond narrowly defined US interests make it increasingly necessary for all middle powers of the Indian Ocean to look for ways to diversify their options. They must also redefine the terms of their engagements with China and the US.

The intensification of the China-US rivalry is an additional constraint, having turned every Indian Ocean country into the potential prize in a zero-sum game. It does not change the nature of the regional equation but tends to exacerbate existing tensions.

In this context, the January 2019 address by Australian Foreign Minister Marise Payne to the Raisina Dialogue in Delhi, in which she announced greater Australian involvement in the region, did not go unnoticed in Paris. This followed Australia’s rapprochement with regional countries, including India, which has previously been suspicious of Australia’s economic dependence on China. Such suspicions existed despite a convergence of interests and approaches, including a common desire not to antagonise China unnecessarily. India and Australia already cooperate in separate trilateral formats with Indonesia and Japan.

The Indian Ocean is thus witnessing the emergence of a series of cooperation networks which are now helping to tighten control of the Indian Ocean.

These developments are seen positively by France, which welcomes Australia’s greater presence and activism in the Indian Ocean. Paris is confident it will mark the beginning of new regional cooperation aimed at preventing anyone from trying to establish a monopoly over the control of Indian Ocean resources (mineral, energy, marine, etc.) or hegemony through access to military facilities.

The prospect of a trilateral cooperation between Australia, India, and France – once a not-so-popular suggestion by the French President – and, with it, the creation of an axis which would constitute a major pillar of the Indian Ocean security architecture, is becoming a real possibility.

The Covid-19 crisis makes cooperation even more necessary. Australia and France are now confronted with a war of influence launched by China, while the management of the pandemic itself has become the new theatre of the US-China rivalry. In this context it makes sense to increase the scientific cooperation of both countries on medical as well as environmental issues and extend them to the entire region.

In the Indian Ocean, France sees Australia as a like-minded country and one of the very few regional states capable of contributing substantively to regional stability. Australia is also viewed in Paris as a country that sees stability through the same prism and effective multilateralism as the way to ensure it. France does not ignore the central role of Australia in advancing regional institutions and intends to partner with it in order to make them more effective in the future.

Previous Article
Presenting The Interpreter self-isolation cooking special
Next Article
US regional leadership: A shot across the bow

Designing a “built environment” for the pandemic age

Thinking about how – and just as importantly where – we live and work might just keep the community and economy healthy.
Dmitry V. Shlapentokh 10 Dec 2018 09:00

Demonstrations in Vladivostok a decade ago were quelled, but an attitude of independence from faraway Moscow remains.
Amy Chew 1 Dec 2022 03:00