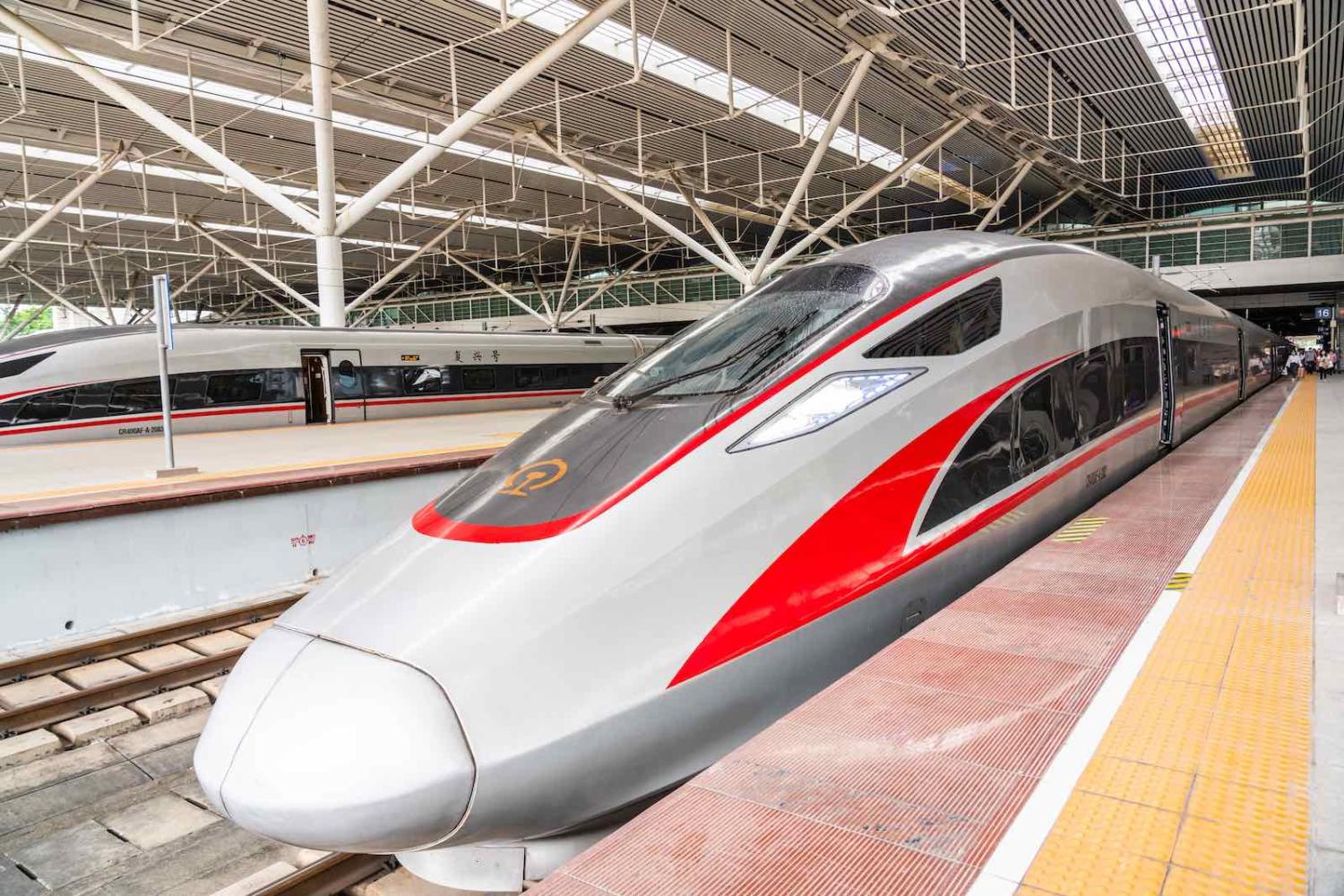 Railways are a natural pillar of overland transport for China’s Belt and Road Initiative, given their large capacity. But there is an obstacle to getting direct services across the borders and into neighbouring countries: different rail gauges.

With the exception of North Korea, which uses the same standard of 1.435 metres, the countries around China use either the Russian gauge (1.52 metres) or the one-metre gauge, due to various historical legacies.

There are three typical solutions to dealing with a break of gauges: build additional new lines of the standard gauge into neighbouring countries, modify lines in the host country to dual gauges or construct transfer stations at the borders.

Building new lines has been seen in countries using the metre gauge, such as Thailand and Myanmar, as well as a new line in Mongolia for exporting coal to China. This kind of arrangement is efficient for interstate services, but it is incompatible with the original networks of the host countries.

The dual-gauge solution has so far only been used in Vietnam, due to logistical needs during the war in the 1960s. Such design makes for complicated tracks to maintain, so the standard-gauge trains reach no further than Hanoi.

Transfer stations for moving cargo and passengers between trains of different gauges, or changing bogies of trains to fit different gauges, are in place for the bloc of the Russian gauge, namely Kazakhstan, Russia and the Mongolian mainline. This method is time-consuming but fully compatible between networks.

If high-speed rail is aimed at connecting with major Chinese cities, such as Beijing or Shanghai, the long distances will put high-speed rail at a disadvantage to aviation.

But there is also a fourth solution to the break of gauge: the gauge-changing high-speed-rail train, which Beijing has been developing since 2016. Last month, China unveiled a prototype gauge-changing train for international travel.

Gauge-changing trains are not unprecedented – Japan and Spain, for example, have developed several types, due to their respective break-of-gauge situations, but the technology is arguably more significant for China. Since Chinese networks have already reached Xinjiang, Inner Mongolia and Manchuria, extensions to Kazakhstan, Mongolia and far-east Russia could be the next step.

The distances between Almaty, Ulaanbaatar and Vladivostok and their nearest Chinese cities on the networks (such as Urumqi, Ulanqab, Baotou and Hunchun) are all closer than 1000 kilometres – suitable to compete with air travel, not to mention highways. Furthermore, the construction for such lines would involve upgrading existing tracks rather than building a new system.

Furthermore, if high-speed rail is aimed at connecting with major Chinese cities, such as Beijing or Shanghai, the long distances will put high-speed rail at a disadvantage to aviation. Without sufficient revenue, Beijing may not develop high-speed connections with Nur-Sultan, Ulaanbaatar or Moscow, despite upgrading current systems. Such proposals could even be scrapped domestically, simply due to the financial burden of maintaining its huge existing network.

Moreover, the postponed, if not failed, high-speed rail project between Moscow and Kazan could prevent Russia and China working on another one, despite the short distance (less than 150 kilometres) between Vladivostok and Hunchun. Applying gauge-change technology to normal passenger trains might be a more feasible solution.

In contrast to passenger services, freight trains may be a challenge that the gauge-change train cannot solve. The rail links under the BRI are mainly freight services, particularly those between Asian and European cities. The intermittent rail networks of the Russian gauge require transferring cargo between trains twice from end to end. Technically, the Chinese rail industry could develop gauge-change locomotives and wagons based on the high-speed rail train, but the orders for cargo carriages and passenger ones are distinct in capacity and quantity.

Most rail cargo is heavy, and putting a greater load on bogies. With more moving parts, gauge-changing bogies would be more expensive to manufacture, compared to single-gauge ones, with greater maintenance demands and shorter lifespans. Furthermore, the diversity of cargo types for freight transport is much broader than on passenger trains, because the time of loading and unloading cargo is much longer than the boarding and alighting of passengers. As a result, rail operators have to prepare many more freight carriages than passenger ones, and thus to add a gauge-changing function on wagons would be expensive in both procurement and modification of existing fleets, as well as their maintenance. In other words, gauge-changing freight trains are unlikely to be economical.

The Chinese gauge-changing train is also unlikely to affect current BRI projects in Southeast Asia, where the metre-gauge tracks have a loading gauge much narrower than their counterpart of the standard gauge, and the narrower tracks significantly reduce speeds.

In sum, the gauge-changing train may be competitive for customers travelling internationally, but it is unlikely to change the prospects for BRI-related projects.

That 70s show for an Interpreter 2021 favourite

No, not a television re-run. A book about the enduring power of personality over world politics.
Alistair Nicholas, Guy McKanna 19 Mar 2020 11:30

Are you ready for how the coronavirus is transforming the world?

China is likely to emerge from this crisis far stronger economically, and Australia must look beyond “selling stuff”.