For Merkel, this was a hollow victory. The results will prompt introspection among the old parties.

It is unusual for a major party to assume a 'great responsibility' by being relegated to opposition. But this is precisely the situation facing the German Social Democrats (SPD) following its disastrous election performance last night. Humiliated by its worst result since World War II, SPD leader Martin Schulz immediately ruled out the possibility of entering another 'Grand Coalition' with Angela Merkel's conservative Union, which also suffered a bigger-than-expected 8% swing against it. The SPD will now seek to rebuild its brand from opposition, while Merkel leads a government probably consisting of her Christian Democratic Union (CDU), the Free Liberal Party (FDP) and the Greens.

There are three overwhelming reasons why the SPD's ability to become an effective opposition is of such urgency. Firstly, the democratic role of an opposition is best fulfilled by a large, centrist party that can channel general discontent with government policy rather than promoting the specific demands of its voter base. In the previous parliament of the Grand Coalition (2013-17), opposition was left to two smaller parties, the Greens and the far-left Die Linke, which represented only 17% of the electorate between them. As such, their criticisms carried little weight, allowing extra-parliamentary opposition to flourish.

Secondly, the 'Jamaica Coalition' of the Union, the FDP and the Greens (so named after the party colours of black, yellow and green) will be Germany's first experiment with a three-party government since the early 1950s. Nobody knows how stable and harmonious it will be, but basic mathematics suggests that its chances of failing are greater than usual. Should this happen, a strong democracy will require a strong opposition to offer an alternative government at any ensuing election.

Thirdly, a further 'Grand Coalition' would have conferred the status of 'official opposition' to the far-right Alternative für Deutschland (AfD), which entered the Bundestag as the third largest party with 12.6% of the vote. In Germany, this status carries with it a number of distinctions and roles that would have entrenched the AfD in Germany's political life.

The AfD's remarkable result is not, as much media would have one believe, the only story from this election, but it is nevertheless of great consequence. The party has made a great noise with its promises of a political revolution and its stubborn unwillingness to moderate. Its leaders have introduced into German politics a coarser and more personalised rhetoric (in his speech last night, co-lead candidate Alexander Gauland threateningly declared 'we will hunt down Frau Merkel…and we will reclaim for us our land and our country'). They are defiantly outspoken and shamelessly chaotic. But in many ways, this is beside the point – a large survey presented on a German public broadcaster revealed that while 31% of AfD voters were drawn to the party out of a shared policy conviction, 60% were more motivated by disappointment with the other parties. Even its more unpalatable and extreme elements have not damaged the party's brand. On the contrary, the final weeks of the campaign were dominated by Gauland's entreaty for Germans to be 'proud of the achievements of its soldiers in both world wars'. Comments like these continue to stir widespread indignation, but failed to wound the AfD electorally.

Instead, the AfD subsists on disillusionment. As one of its supporters put it to me recently, 'it's not because we like them, it's just that we have no truck for the same old thing again and again'. On election day, they mobilised over a million previous non-voters, stole a similar amount from the Union, and turned hundreds of thousands away from the SPD and Die Linke. Where the major parties offer banality and tedium, the AfD offers excitement and energy. For most of its voters, ideology is only a distant consideration. More important is a growing sense of alienation from government and from traditional politics more generally.

What do these results mean?

There is a temptation to embed this election in the fabric of a deeper political history – the rise of right-wing populism in western democracies, disillusionment with traditional politics in general, the long decline of centre-left parties in Europe. There is a seed of truth in each of these, to be sure, but there are a number of shorter-term, Germany-specific trends that are equally revealing.

The first of these is the apparent collapse of the major parties. As in other countries, the previous dominance of the two 'People's Parties' has been eroded over time by single-interest and protest parties. Between them, the Union and the SPD yesterday attracted less than 54% of the vote. But if opinion polls are to be believed, it was only in the final weeks of the campaign that voters deserted them. Only a few months ago, they were attracting the support of some two-thirds of Germans.

It is surely no coincidence that the period in which the major parties had the greatest momentum was also that when support for the AfD was lowest. The prospect of a genuine contest seemed to soften the allure of a protest vote. But the moment at which the promised challenge dissolved into another inevitable Merkel triumph, the floor fell from underneath Schulz. It was at this stage that momentum shifted back to the one party proposing a genuine 'alternative' – the AfD.

Viewing this election within the shorter-term history of German politics, then, one interpretation is unavoidable: this was a categorical statement against a culture of consensus embodied in the Grand Coalition of 2013-17 and re-emphasised during the campaign by the utter vapidity of the major parties' platforms and the dispiriting shallowness of the Chancellors' debate between Merkel and Schulz.

The 'Jamaica Coalition' that will now govern Germany has a couple of minor precedents – the tiny state of the Saarland in the south-west of the country was led by such a coalition between 2009 and 2012, while in the northern state of Schleswig-Holstein, a Jamaica coalition has governed since June. But at a federal level, things will be many times more difficult, and will require a number of uncomfortable compromises on all fronts. Both the FDP and the Christian Social Union, Merkel's Bavarian sister party, have fundamental problems with the Greens on questions of immigration. The Greens and some parts of Merkel's CDU, meanwhile, are enthusiastic about French President Emmanuel Macron's plans for deeper European integration and a common Eurozone budget. Not so the FDP, whose leader Christian Lindner has emphatically rejected the proposals.

Coalition negotiations will also determine the occupants of several key ministries, all of which, in theory, are up for discussion. The FDP is seeking the Finance Ministry, while the Greens party has eyes on the Foreign Ministry, an office it held between 1998-2005. But the coalition balancing act will extend beyond the question of Merkel's junior partners. The Chancellor must also placate the CSU, which has positioned itself to the right of the CDU on matters of immigration and social policy. In the previous parliament, the CSU did not attain its primary goal of a limit on asylum-seeker arrivals. But don't be surprised this time if they are given the Interior Ministry as mollification.

Most observers expect this to be Merkel's final term. Barring a tempest of hubris, she will thus become the first German Chancellor to leave office of her own accord. This will enable her to mentor a successor, possibly passing the sceptre in 2020-21. Until then, much newspaper space will undoubtedly be occupied by Berlinologists speculating on the identity of her replacement. But at this stage, nobody knows, probably not even Merkel herself.

Some of the more prominent names floated as possible successors are old hands from the Merkel circle: Thomas de Maizière, the hard-working Interior Minister; Defence Minister Ursula von der Leyen, formerly the favourite to succeed Merkel but who has suffered politically for her deteriorating relationship with the military; and Peter Altmaier, Merkel's all-powerful and dog-loyal Chief of Staff. Other, less familiar names floated by CDU luminaries include David McAllister, the former Premier of Niedersachsen (and, in a timely tip to Australian readers, the first German state premier to hold dual citizenship); Julia Klöckner, an eloquent intra-party critic of Merkel's refugee policy, but who has failed twice at state elections; and Jens Spahn, a conservative darling who, though only 38, already has 16 years of experience in the Bundestag.

The mention of Spahn invites a broader, final reflection on generational change. It has often been under-appreciated, but the top levels of German politics will soon be populated by individuals whose political trajectories will have been determined by very different historical circumstances to those of their predecessors. The next generation in the coming parliament will have personal memories of 1989 and German reunification but, unlike the generation of Merkel and Schulz, it will not have been the decisive events in shaping their political lives. They will be the first cohort of leaders to see German unification as a fact rather than a product of political will and historical contingency.

Some will have known only three Chancellors in their lifetime, and only seven years of Social Democratic rule. They will remember the myths of 1968, but not the realities. They will of course carry no memory of the Nazi past or its aftermath, but, perhaps just as significantly, they will not even carry memories of the culture wars carried out in its name during the 1970s and 80s. In other words, they will be the first ruling generation to have only known Germany as something resembling a 'normal' European country.

This was not a 'normal' election result, but it does not necessarily reflect an abnormal world. Germany is not in crisis, and its political system is not broken. The success of the minor parties and the collapse of the major parties last night represent less a failure of government than a failure of opposition. 'Grand coalitions' erode democracy and breed contempt, as cultures of consensus silence and suppress the real divisions that exist in any society. But even for Merkel, this was a hollow victory. The results will undoubtedly generate a period of open introspection among the old parties that have dominated German politics since 1949. But in times of change, strong democracies renew themselves. Such a time has now arrived in Germany. How it responds will be the dominant question of the next four years. 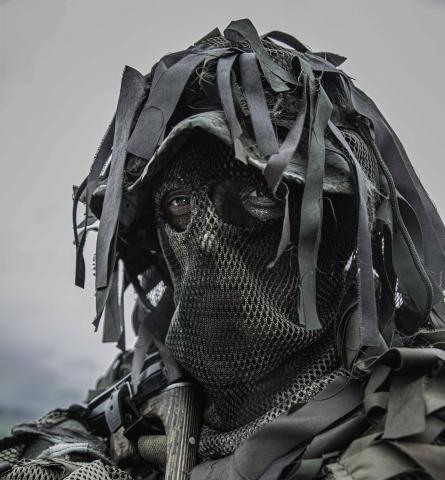 “The whales have won” – even as Japan sharpens its harpoons

By the time Canberra’s subs roll off the dock, their capabilities will be obsolete, and there are bigger threats, too.
John West 6 Dec 2019 11:30

China led the education rankings, but an ageing population and gap with Southeast Asia might mark down the whole region.