Germany gets a government

The next four years may prove to be the most transformative period in German politics for some time. 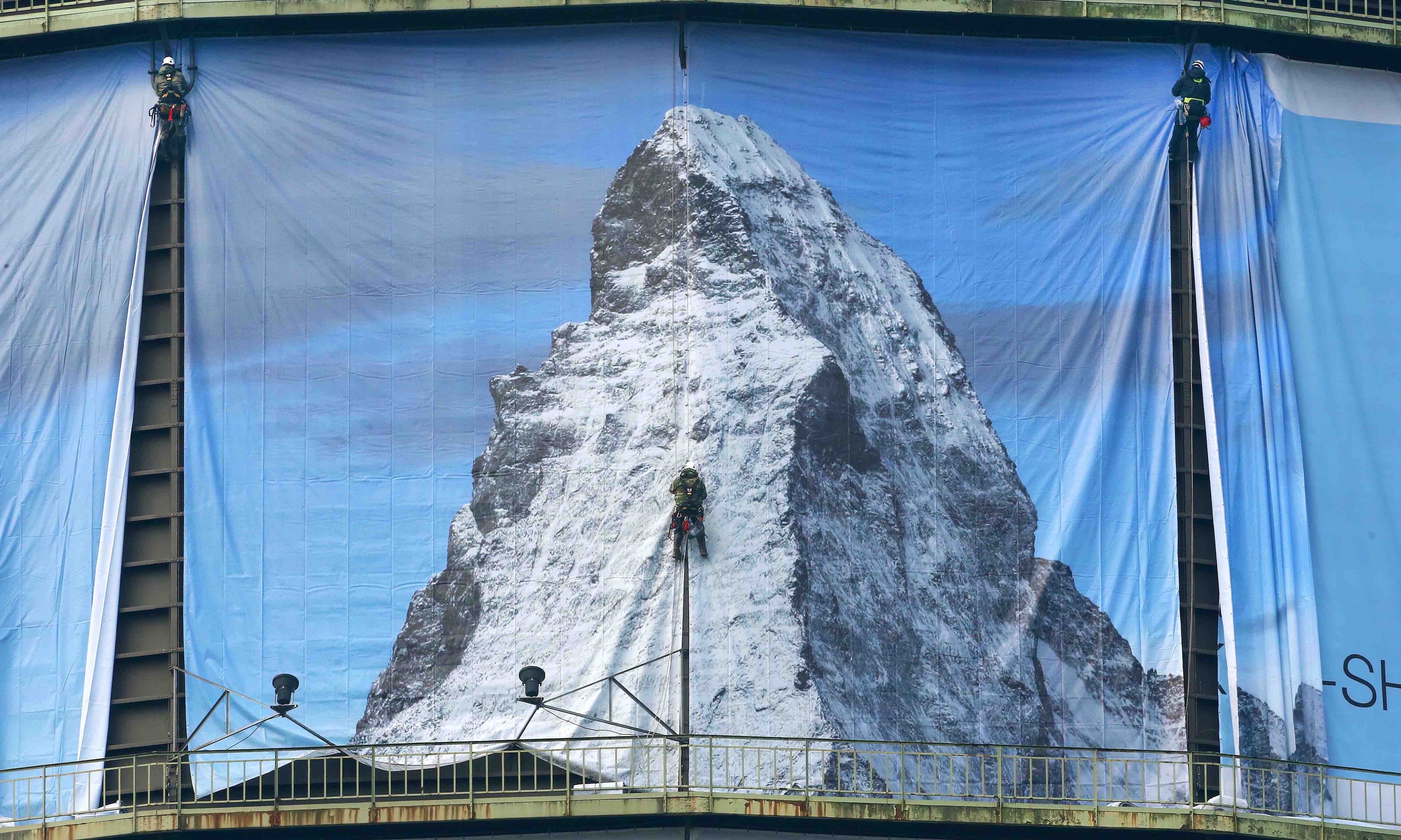 Workers hang a 1400 square-metre banner to promote the exhibition “The Call of the Mountains” on 2 March (Roland Weihrauch/Getty)
Published 5 Mar 2018 11:30   0 Comments

After five frustrating and tedious months, Germany finally has a government. On Sunday morning, representatives of the centre-left Social Democratic Party (SPD) announced that its membership had voted in favour of returning to power as the junior party to Chancellor Angela Merkel’s Conservative Union.

With a better-then-expected two-thirds of members expressing their support for a new coalition of the two major parties (a so-called Grand Coalition, often abbreviated to “GroKo”), the SPD’s return was a vote of confidence in the concessions wrought from Merkel during the negotiating period. It also signalled support in its designated new leader, Andrea Nahles, who has vocally championed the GroKo cause since her predecessor, Martin Schulz, resigned last month.

But the SPD membership’s blessing of the coalition agreement was far from inevitable. The surprisingly positive result belies the existential crisis that continues to torment the party after a disastrous election result and months of acrimonious infighting. A large segment of the membership, particularly its youth wing, campaigned forcefully against re-entering government, believing that the future of the SPD depended on an era of renewal that only opposition could supply. Ultimately, a mixture of fear and temptation brought them into line behind their party leadership.

The youth wing’s cardinal fear was that, in a global mood typified by fury with traditional politics and the organisations that carry it, plunging Germany into fresh elections would be a death wish for a party that symbolises “old politics”. As a junior coalition partner, the SPD has long struggled to attain credit for its policy successes. Recent polling shows the far-right Alternative for Germany party snapping at its heels.

But perhaps more significant were the carrots. Apart from policy concessions in traditional centre-left domains, such as workers’ protections and social spending, Merkel has offered the SPD the prestigious Finance Ministry, in addition to its old posts in the Foreign, Justice, Labour, Environment, and Families ministries. Held since 2009 by Conservative stalwart (and Greece’s bête noire) Wolfgang Schäuble, the Finance Ministry will now fall to incoming Vice Chancellor Olaf Scholz, the centrist former mayor of Hamburg.

Still, as generous a concession as this is to a party that collapsed to a mere 20% vote share in September, the SPD’s occupation of the ministry could prove a time bomb in this fragile coalition. Merkel has angered many in her camp by forfeiting the finance office to spendthrift socialists, and Scholz’s moderate leanings could become an internal problem if the SPD continues on a leftward shift.

In former times, an SPD finance minister might not have presented much of a political challenge; after all, the party held the ministry during Merkel’s first cabinet in 2005–09. But the novel dimension this time around is European reform, in particular French President Emmanuel Macron’s plans for closer European fiscal integration and a common Eurozone budget. The German Finance Ministry will be an indispensable partner if these plans are to be realised.

In contrast to the cautious incrementalism of the Chancellor, not to mention the outright scepticism toward the French proposals shared by many on Merkel’s side of politics, the SPD favours a more audacious approach to European reform. Because many were lured towards a new Grand Coalition by the prospect of further European integration, the SPD leadership feels this is something it owes its members.

Yet the reformist forces in the new government will need to act soon if they are to exploit what remains of the “Macron window”: the phase in which the Eurozone is relatively stable and the French President’s domestic position remains strong. The tortuous process of forming this government has already consumed much of the optimal reform period – Macron would have preferred to get to work well in advance of Sunday’s Italian elections, for instance, to provide ample time for his proposals to be digested before elections to the European Parliament next year – meaning that cracks in the new Coalition risk widening into chasms sooner rather than later.

But in many ways, the Europe problem is emblematic of greater structural difficulties faced by German politics at present. Throughout its post-war history, Germany has been governed four times by Grand Coalitions. The first, formed in 1966, emerged not from a post-election agreement, but from a political emergency prompted by the Free Democratic Party’s withdrawal from their settlement with the Conservative chancellor Ludwig Erhard. The other three have all transpired under Merkel’s stewardship.

Viewed from a long-term perspective, German politics today plays by a different set of rules, under pressure internally by greater fragmentation, special interests, and populism, and externally by its unique powers within Europe and its infernal, labyrinthine institutions.

These pressures now weigh heavier than at any other moment in Merkel’s chancellorship. Should the coalition negotiations be any indication of what lies ahead, this will be a government facing inwards; concerned not only with its own survival but also with the short-term futures of its two constituent parties.

Domestically, the next four years may prove to be the most transformative period in German politics for some time. At least four questions will predominate: will the SPD survive as a major party? If not, who (if anyone) will assume its place? Will the upstart Alternative for Germany party collapse or become a permanent feature of the German political landscape? And, finally, how will the Conservative Union prepare for the Merkel succession?

Democracies periodically replenish and reinvigorate themselves, and the predicaments of the past five months may well only represent a period of restructuring before Germany returns to a steady political equilibrium. If this is true, then the stable government promised by a majority coalition will reaffirm the need for predictable, mature politics in a world in flux.

If the predicaments are symptomatic of a deeper shift, however, then a Grand Coalition is only a band-aid solution that exacerbates the perception that the German system is incapable of adapting itself to new social and political realities. In this case, the bubble in which Germany’s two major parties subsist comes to resemble the secluded mountain exclave inhabited by Hans Castorp in Thomas Mann’s 1924 masterpiece The Magic Mountain: a solipsistic world of introspection, free from responsibilities and obligations, and where a passing visit becomes an interminable stay.