Helping Indonesia’s children in a time of pandemic

The virus might strike adults more, but the effect of Covid-19 is costing kids. A universal child benefit would help. 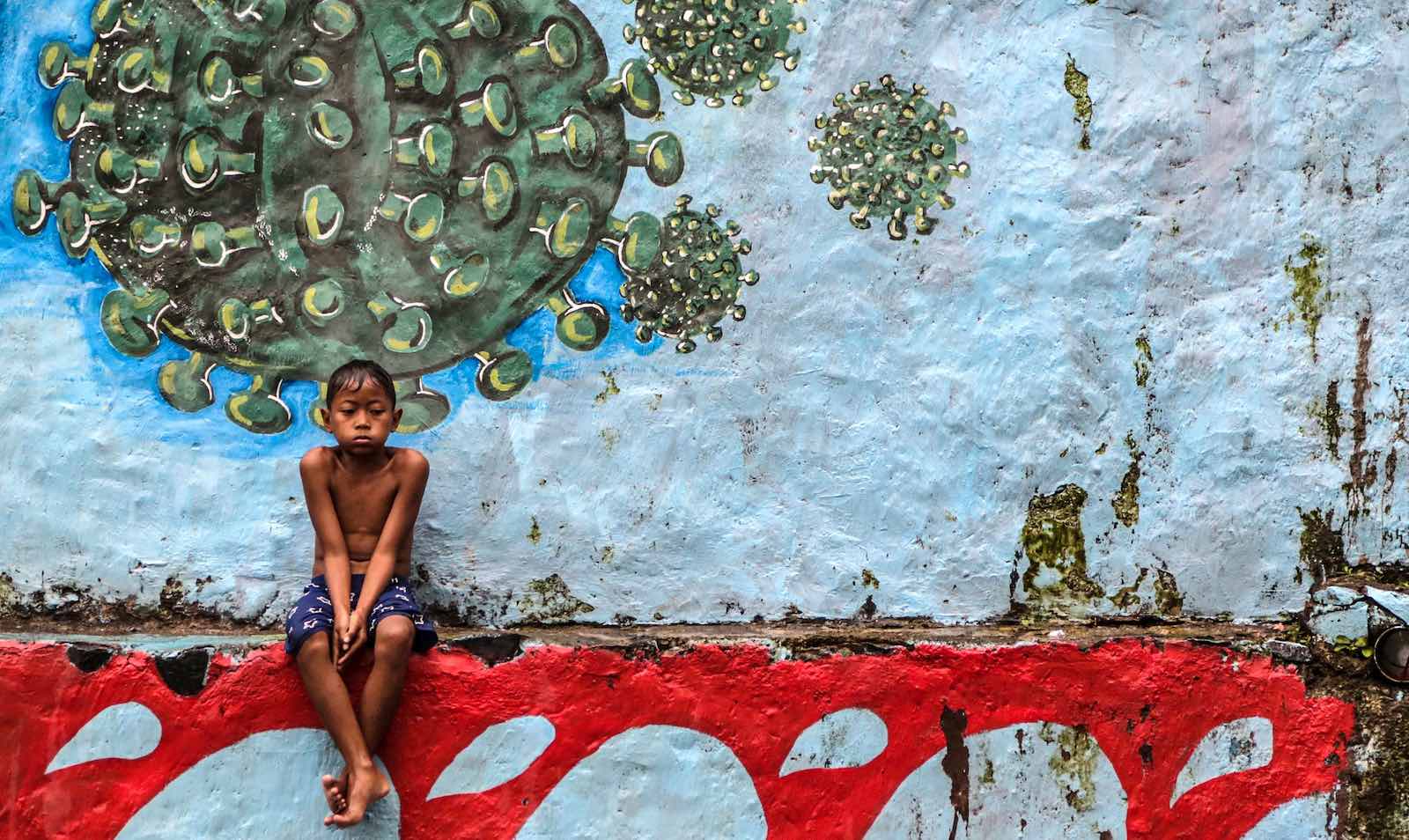 Bogor, West Java. It is reported the Covid-related mortality rate among Indonesian children has been 45 times higher than that of United States (Aditya Aji/AFP via Getty Images)
Published 2 Feb 2021 13:00   0 Comments       Follow @DMSafitri

While the Indonesian government is taking important steps to improve pandemic management – appointing a new Health Minister and Minister of Social Affairs and preparing to provide a free vaccine for all – its attention is mostly focused on adults, people with underlying health conditions and the elderly as vulnerable population. As the country grapples with the economic, social and political impacts of Covid-19, there is one group of society that is often missing from discussions: children.

It is reported that Covid-related mortality rate among Indonesian children has been 45 times higher than that of United States. School closures also take a toll on children’s emotional well-being because many in Indonesia cannot access online courses, leading them to miss a grade or even to quit school. This situation worsens when children, at an age where they are supposed to interact with their peers and play at school, stay at home for a long time, coupled with the potential for increased rates of domestic violence in households where parents may have lost jobs.

The unpredictable disruption for many children in Indonesia from Covid-19 extends further. More than 1.2 million workers in both informal and formal sectors have been laid off, resulting in children being lured into labour to help their parents earn an additional income stream. Family circumstances can change quite quickly, and nobody knows what will happen tomorrow to the breadwinner. Middle class families may fall into poverty due to ripple effects of travel bans, a lack of savings and the absence of health insurance.

Now is the time to roll out a universal child benefit by providing a fraction of financial support on a regular basis to buffer relative child poverty.

Before the pandemic, there had been progress for children. Indonesia successfully reduced poverty in 2019 by more than 9% through targeted social protection, such as Bantuan Pangan Non-Tunai (BPNT, or non-cash food assistance) and Program Keluarga Harapan (PKH, or the Family Welfare Program). Under PKH, poor families receive cash transfers on the condition that they have sent their children to school, pregnant mothers have regularly checked in for local health services posts (posyandu), or the family has elderly or disabled family members. Some studies showed that PKH improved students’ attendance at elementary level, and BPNT reached some 96% of female beneficiaries.

However, implementing targeted social protection only benefits families listed as beneficiaries in the national database, which is subject to exclusion or inclusion error fuelled by migration, death, illness or unemployment. There are also incomplete data related to marginalised children, especially disabled children, due to fear of shame in the family. An estimated 49% of Indonesian children under the age of five do not have a birth certificate, putting them in danger of being excluded from registered social assistance.

Moreover, the fact that Indonesia is prone to disaster should justify a program of blanket coverage, because children from any socioeconomic level might lose their parents and legal documents at any time. While the ravages of Covid-19 continue, the world is also being threatened by a hunger pandemic, which could further increase the stunting prevalence among children under five years old.

There is an answer to these challenges. Now is the time to roll out a universal child benefit (UCB) by providing a fraction of financial support on a regular basis to buffer relative child poverty. UCB is a cash transfer paid regularly to the whole population of children, depending on some eligibility requirements, made by subnational governments. For example, Sabang City in Aceh is piloting the GEUNASEH program to improve nutritional intake of children under six years old through monthly bank transfers of IDR150000 (US$11). In Papua province, UCB is also being piloted by targeting children up to four years old born to indigenous Papuan parents.

A study by UNICEF indicated that UCB can be designed to fulfil both monetary and non-monetary needs of children. In addition to reducing child labour, this large-scale grant is effective in tackling shame associated with being recipients of social assistance. This will result in more confidence among children from disadvantaged families, along with strengthened social cohesion. A previous evaluation of a similar bulk payment scheme has shown providing inclusive pension benefits to all elderly in Aceh special province since 2012 had a significant impact in improving consumption and mental wellbeing.

Levying a one-off wealth tax from the top 1% could compensate for the loss of public revenue.

UCB has been implemented in 15 OECD countries. But only a handful of middle-income and lower-income countries are in favour of UCB, due to fiscal constraints. Although economic growth in Indonesia across 2020 has stabilised, the government has said it will prioritise its national budget allocation to economic recovery programs. In light of this, there are three strategies that could be pursued to expand the fiscal space for implementing a UCB in Indonesia.

First, levying a one-off wealth tax from the top 1% could compensate for the loss of public revenue. Argentina has passed a so-called “millionaire’s tax” to fund medical supplies and relief measures. The UK government has started to discuss how a net-worth tax could work, based on the report from the independent Wealth Tax Commission’s proposal that this initiative could raise up to £260 billion. A wealth tax can also narrow the inequality gap, because there are income-poor but asset-rich groups in the society, such as the wealthy who have retired elderly.

Second, Indonesia can seek to optimise the role of subnational government in spending Dana Desa (village fund transfer) for child-sensitive budgets. The Indonesian government, through Law no. 6 of 2014, aims to empower villages by allocating some state budget to be managed directly by these villages. This Dana Desa is projected to increase every year. The subnational governments should pass a bill concerning child-sensitive budgets as political buy-in, followed by a UCB rollout and monitoring by village heads, government officials, faith-based leaders and civil society groups to ensure its transparency.

A third approach is leveraging public-private partnership, such as through corporate social responsibility programs. In addition, engaging Islamic philanthropy can also be a good idea given the rapid growth of zakat (alms-giving) sector in Indonesia. Some provinces, such as Aceh Special Province, even obligate civil servants to pay zakat through a specific qanun (regional regulation subjected to Islamic stipulation).

If a silver lining from the experience of Covid-19 in Indonesia can be found, it might be by experimenting with UCB to safeguard the sustainability of children’s well-being during the recovery and beyond. After all, today’s children will be the citizens of tomorrow. The Indonesian government should display a strong political will and commitment to fulfil children’s rights and potential.