International relations video of the year – by February

Extraordinary footage of the coup in Myanmar by no stretch of the imagination. 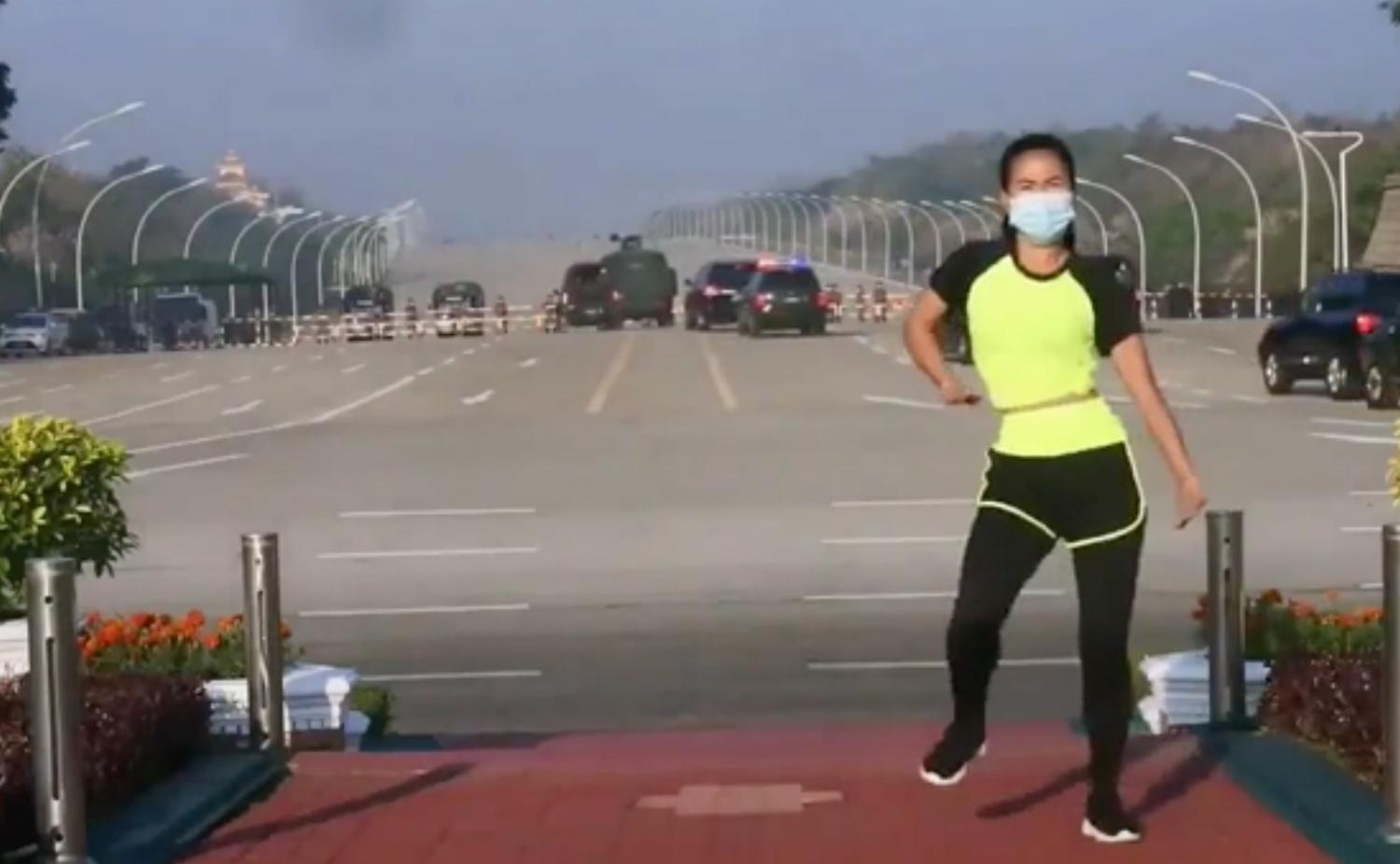 We’ll feature more analysis of the coup in Myanmar on The Interpreter in the coming days. Yet major political events such as this regularly become associated with a searing image – think the last stand of Salvador Allende in Chile in 1973, Ukrainian presidential candidate Viktor Yushchenko’s gravelled face after an apparent poisoning in 2004, or more recently demonstrators raising a fist in Washington DC to protest the killing to George Floyd.

In Myanmar, so far, the image of the moment comes via extraordinary footage of a brightly clad woman recording her aerobics workout apparently near the seat of government in the capital Naypyidaw, while in the background what appears to be a military convoy rolls in to cement the takeover.

Reddit and Twitter users have spread the video widely on social media, and Newsweek reports the woman to be physical education instructor Khing Hnin Wai – along with the regular disclaimer in this era of deep fakes that such footage is difficult to verify. Maybe Myanmar’s military will welcome the media for a closer look – but let’s not hold our breath.

Originally the video was posted by the Physical Education Teacher at Ministry of Education, Myanmar Khing Hnin Wai herself at this Facebook link: https://t.co/XieyAQnq4W pic.twitter.com/eNCy1YIH1h

Previous Article
Helping Indonesia’s children in a time of pandemic
Next Article
Macron and Biden: “Friends, allied, but not aligned”

Cracks beginning to appear in the Russia-India relationship

But Washington’s interests might actually be served by New Delhi and Moscow muddling through.
Wesley Morgan 20 Sep 2018 11:00