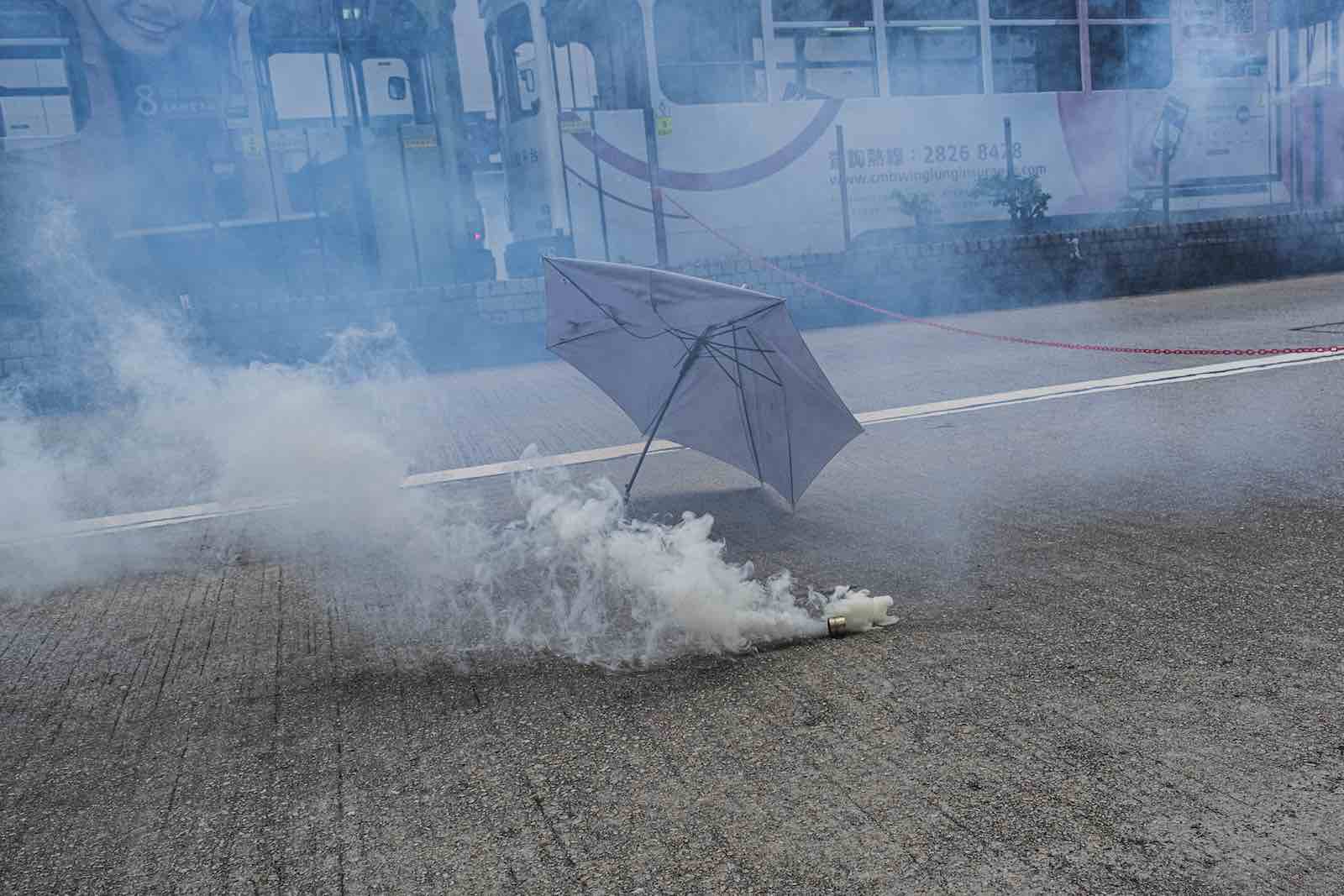 Aftermath of a street protest on 24 May in Hong Kong (Keith Tsuji/SOPA Images/LightRocket via Getty Images)
Published 26 May 2020 12:00   0 Comments

At first glance, the latest protests in Hong Kong may seem like a carbon copy of what happened in 2019. On 24 May, thousands of pro-democracy protesters crowded into one of the city’s busiest shopping districts, only to be met by riot police with tear gas and water cannons. Officers arrested at least 180 people, and the government issued a statement condemning the protesters’ “extremely violent and illegal acts”. None of this came as a surprise to local residents, many of whom are still reeling from the events of last year. Some have dubbed Sunday’s clashes the start of another “summer of discontent.”

However, the visuals only tell half the story. Protesting in Hong Kong in 2020 is much more dangerous, and the pro-democracy movement faces even higher stakes. Last year’s protests were sparked by a now-withdrawn extradition bill: in essence, the people of Hong Kong were afraid that they could face trial under mainland China’s opaque legal system. But this time, the city’s inhabitants don’t need to be taken across the border – instead Beijing will come directly to them.

On 21 May, the National People’s Congress announced plans for a new national security law tailor-made for Hong Kong, which would prohibit “secession, subversion, foreign interference and acts of terrorism”. After a vote expected later this week, details of the law will be hashed out by the Standing Committee of the National People’s Congress. Given that the top lawmaking body is scheduled to meet in June, the law could be mere weeks away from being enforced in Hong Kong.

Hong Kong’s protesters need to rethink their strategy – and fast. Once Beijing’s national security resolution becomes law, the game will be changed yet again.

A key underlying premise of “one country, two systems” – the constitutional arrangement that has allowed Hong Kong to operate as a semi-autonomous territory within China – is that local policies should be born of local processes. Much of the present uproar over Beijing’s latest move is not just about the “what” but the “how.” Indeed, Hong Kong’s own constitutional text has always contained an article about national security, but it clearly states that the city should “enact laws on its own”.

But overnight, Hong Kong’s legislature was cast aside, with Beijing opting for a backdoor option in the Basic Law that lets it unilaterally apply certain national laws to the city. Even Hong Kong’s executive branch, led by Chief Executive Carrie Lam, appeared to have been left out of the loop. After Beijing’s announcement, Lam and her top ministers said they would “fully cooperate“ with the NPCSC – though this sounded more like someone accepting a fait accompli, rather than her having any meaningful say. In 2019 Lam withdrew the extradition bill after widespread backlash, but this time it’s unlikely Beijing would allow her to cede ground.

For Hongkongers, the most alarming detail in Beijing’s resolution is that, for the first time since the 1997 handover, Chinese law enforcement agents may be given free rein to operate in the city. For now, the question of enforcement responsibilities remains murky, but the NPC resolution specified that Chinese authorities could set up organisations in Hong Kong to oversee national security. Activist Joshua Wong aired a common fear on social media, writing:

This new secret police body will probably supersede the Hong Kong government and police, and launch secret arrests of all dissents in Hong Kong, just like [they did to] Liu Xiaobo and Gui Minhai.

This series of escalations from Beijing have come at a dizzying pace. Barely a month ago, the political discourse in Hong Kong centred on the role of the China Liaison Office, the central government’s sole presence in the city. Did it have the authority to chastise lawmakers, or did it overstep its bounds? In hindsight, that was an absurdly quaint notion of what “interference” means. Hongkongers today no longer bat an eyelid at strongly worded statements from the Liaison Office — the discussion has moved onto the possibility of Chinese state security agents knocking on their doors.

The national security law also arrives amid shrinking freedoms in Hong Kong, most recently highlighted in the media and education sectors. The government has intervened in the public exam for high-school students, saying that a question on the Japanese invasion of China was phrased in a way that “hurt the feelings and dignity of Chinese people”. A long-running satire program aired by Hong Kong’s public broadcaster was axed after it poked fun at the police. While these moves might not be instructed by Beijing, they have added to a sense of doom that threatens to engulf the city.

Taken together, these developments create a grim outlook for Hong Kong’s protest movement as it enters another year. Sunday’s march was a promising show of strength, but while it might have given pause to the local officials, nobody was under any illusion that it could deter Beijing. And while activists have made bold plans for the upcoming Legislative Council elections, they must now ask themselves: what good is it to win the legislature when Beijing can simply bypass it?

Hong Kong’s protesters need to rethink their strategy – and fast. Once Beijing’s national security resolution becomes law, the game will be changed yet again.