News coverage is beginning to fall away with nothing new to report, because the demonstrations alone don’t tell a story. 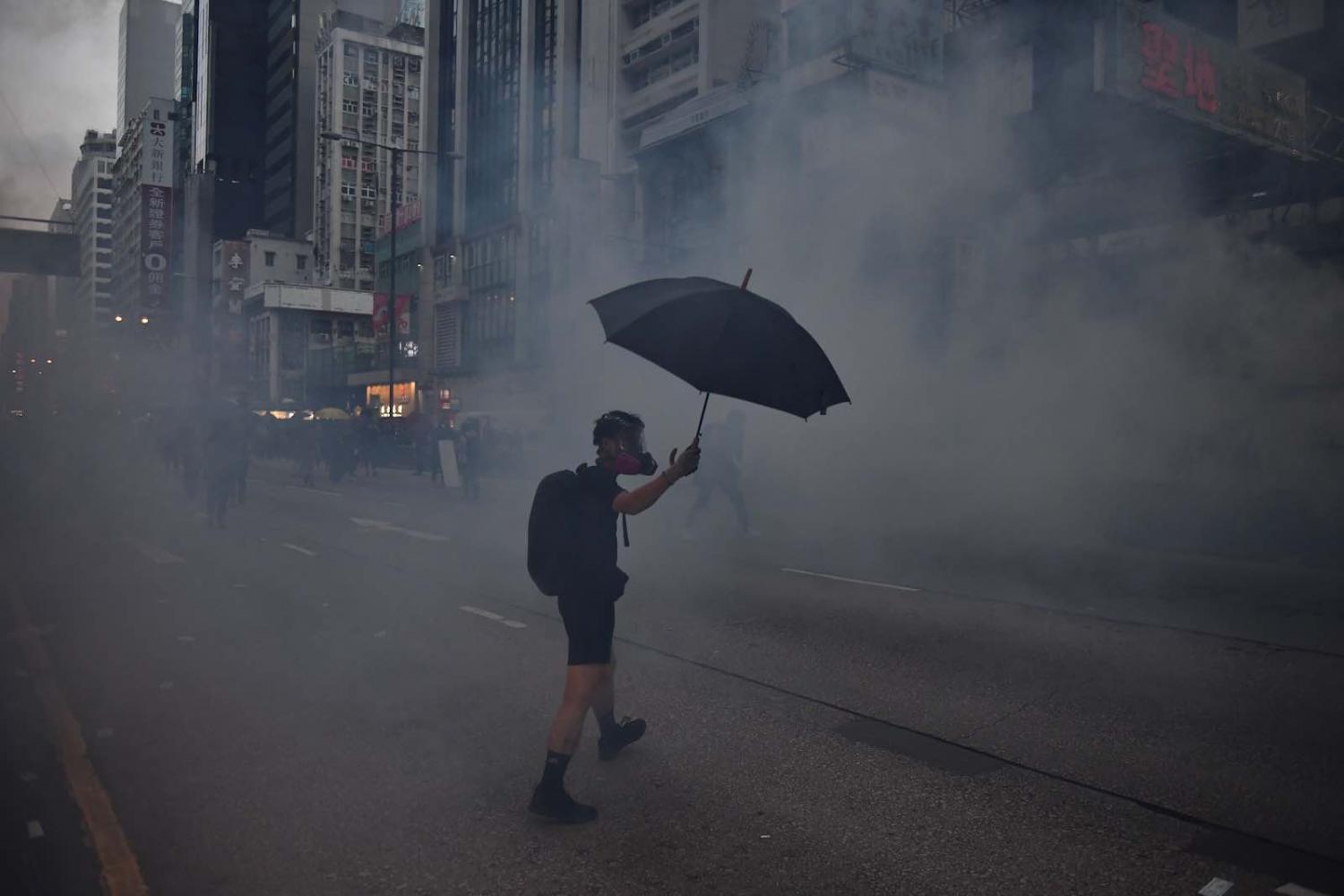 As the demonstrations roll on in Hong Kong, the narrative surrounding the protests is as unclear as the tear gas clouds in Causeway Bay. While the visual drama tells a certain story, and the #fivedemandsnoless hashtag gives some clues, it’s difficult for many looking on around the world to discern the core point.

That’s not to say there isn’t one – there is likely more than one, in fact – but to argue that none have been effectively communicated. This problem plays into the hands of the same authorities the movement is seeking to confront.

Demonstrations like those in Hong Kong are aimed, to some extent, at the international community. While internal organisational capital has great value, outreach to those beyond national borders can cause a wave of pressure to flow back onto authoritarian governments. It’s true that even powerful international support doesn’t always work (the case of Juan Guaido in Venezuela is a prominent recent example), but international favour can make or break a social movement.

And so, that means context and narrative – the story of the moment, and not just the moment itself – is important. The medium, actually, is not always the message.

To understand the value of narrative in this sense, consider the role of Martin Luther King Jnr in the American civil rights movement. Often considered a leader, he was not an organiser as such. Rather, he was able to verbalise the struggle, to give it a rationale beyond the dry calls for policy change and reform. He gave the movement a voice. He gave it eyes to look out and into the eyes of those looking in. That’s what narrative does.

It’s generally no value to rely solely on news media coverage, no matter how positive, supportive, or widespread it may be.

Firstly, media is reactive. That is to say, the majority of news reporting is a response to the events unfolding in front of it. Journalists are trained to follow leads and to react to movement and events.

Thus, a standard news media frame for a protest situation is action, not explanation. Context in this landscape is often lost amid the noise and colour of a demonstration in full display, with the requisite powerful imagery and to-camera pieces by breathless, smoke-haloed presenters.

Second, news media has a short attention span. News, by definition, is immediate. A protest movement is only coverable for so long. Without easily defined shifts and developments, even the most explosive and tumultuous demonstration becomes stale and uninteresting. It’s only relevant until the next war/natural disaster/celebrity event.

Leaders in Beijing know that without messaging, without a storyline, the coverage of Hong Kong will wane, and the world will find other focal points for its daily news fix.

But, even given this, there are options. Opinion articles or short films (like the New York Times’ Op-Docs format) in traditional news media, for instance, can provide the space to humanise and “give eyes to” a given news situation. And now, podcasts or quick-turnaround docos (a day in the life of a protester, say, or a five-minute short on doctors working on victims of police violence), which can be express-produced and rolled out, providing human scale to the news and a storyline the world can relate to, have become a tool. But they are largely ignored.

The Hong Kong protests draw on the experience of the Occupy Movement and the earlier Arab Spring. Both drew in turn on the work of US political scientist Gene Sharp, whose core argument was that political power is built on the willingness of its masses to conform to central frameworks set by the power elites. Civil disobedience was therefore a vital dynamic in overturning corrupt or dysfunctional government. Obedience was the prerogative of the people, and if they chose to withdraw it, then that was an appropriate outcome in a healthy society.

But Sharp mentioned little about traditional media campaigning. Unwittingly, he set a poor model for social movements, at least in the last ten years.

While Facebook, Twitter, Whatsapp, or Telegram can be useful for bringing people together, these platforms struggle to provide a context and, therefore, a narrative anchor line for everyone to hang on to.

A hashtag, while a powerful tool, doesn’t explain much.

It’s interesting to note that many recent “sit-in” style protest movements such as those at Tahrir Square in Cairo in 2011 against Egyptian President Hosni Mubarak, in New York’s Zuccotti Park for Occupy Wall Street that same year, or Gezi Park in Istanbul in 2013 all set up old-fashioned book libraries in their camps. It seems those involved, despite their social media savvy, need stories to identify with. Those outside the camp do too.

For the leadership in Beijing, the Hong Kong protests are aggravating and costly. But they know that without messaging, without a storyline, the coverage will wane, and the world will find other focal points for its daily news fix. “Just sit it out” would seem to be pretty good advice, and this looks more or less like what Beijing is doing.

It’s not just Hong Kong. Take a look around the world. Street marches on various grievances, from Egypt to Haiti, from Iraq to Ecuador, from Zimbabwe to Lebanon, display similar disdain for media articulation and messaging, to their individual and collective detriment.

Being leaderless is one thing, and it can, generally, be strategically justified. Being voiceless is something else and is a little harder to carry.

Right now the Hong Kong protest movement(s) is/are losing the narrative. News coverage is beginning to fall away, because there is nothing new to report; there is no progressive arc to track, no pillars of definition to feel for, no maps to offer guidance.

If the last 20 weeks of struggle and sacrifice on the part of the thousands of Hongkongers who are reaching for change and reform are to have any lasting impact someone, somewhere had better find a narrative. Fast.

China eyes its next prize – the Mekong

Laos' 'success' on the Mekong could prove deeply costly for the people of Cambodia and Vietnam.
Matthew Dal Santo 27 Jan 2017 12:12