The visit by Syria’s Bashar al-Assad carried far deeper meaning in the tension between Iran’s hardliners and moderates. 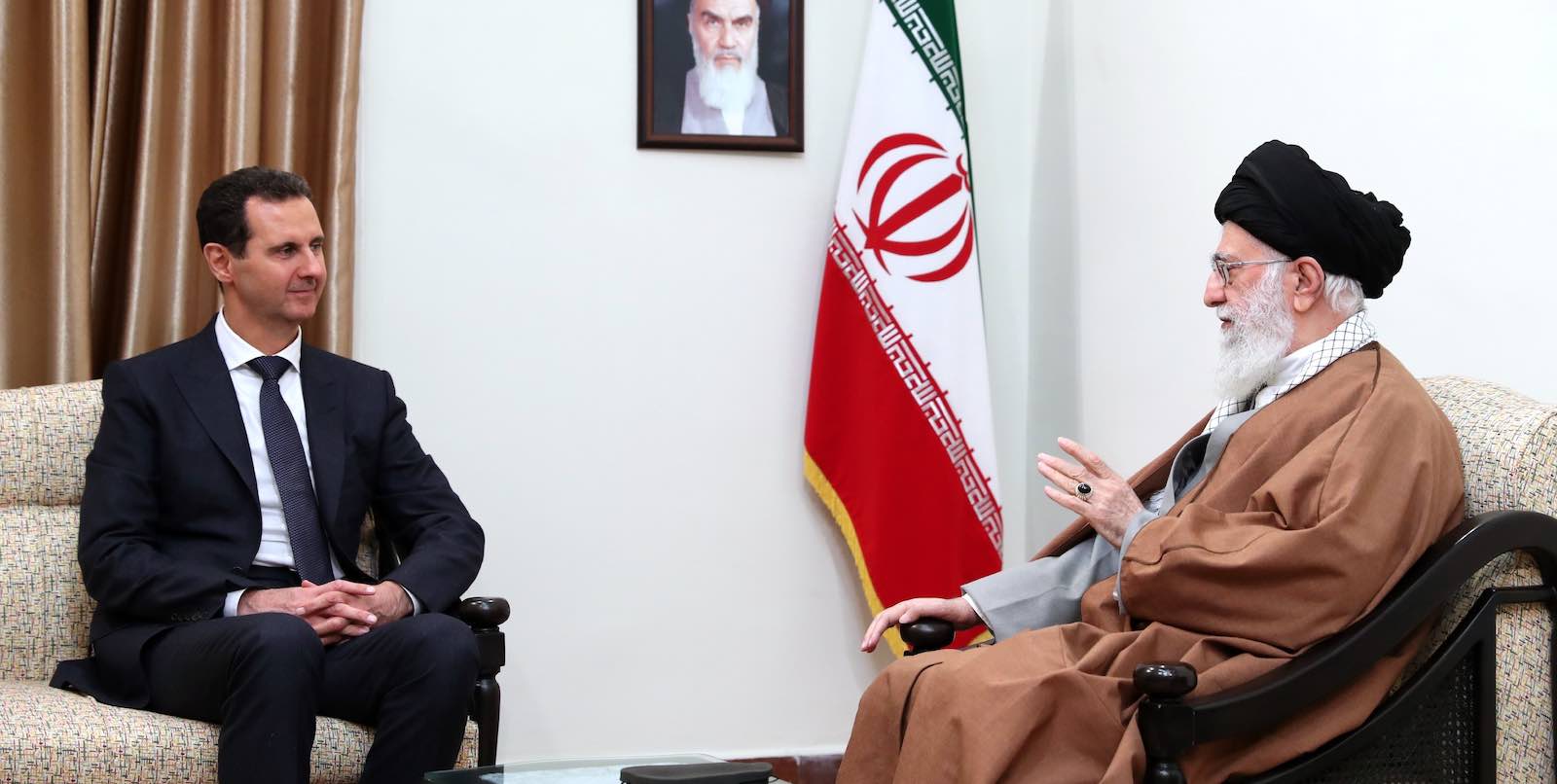 In his first visit to Tehran since the Syrian war began in 2010, Syria’s President Bashar al-Assad met with Iran’s Supreme Leader Ayatollah Ali Khamenei and President Hasan Rouhani on Tuesday. Assad’s visit and its timing (following a series of international meetings, including the Warsaw Conference, Sochi Summit and EU-Arab League meeting) is a significant event in itself.

But what makes this episode even more important is the political earthquake coinciding with his visit ­– the offer of resignation by Iran’s Foreign Minster Javad Zarif via an announcement on his Instagram page.

Keeping Zarif out of the loop altogether was an entirely different level of disenfranchisement.

Although Rouhani did not accept his resignation, Zarif’s absence during the Assad visit is an indication of an ongoing rift between moderates and hardliners in Iran. Media in Tehran report that Zarif was not informed of Assad’s visit and was left out of the whole process. Zarif’s seat in the meeting between Assad and Khamenei was occupied by General Qasem Soleimani, the commander of the Iranian elite Quds Force, the Iranian Revolutionary Guards Corps. In the presidential meetings, Zarif’s seat was occupied by the Chief of Staff to the President, Mahmoud Vaezi.

In Iran, it is well-known that the policy dossiers for Iraq, Syria, Lebanon, Afghanistan, and Yemen are controlled by the Supreme Leader. All policies, measures, and key personnel including ambassadors to these countries are determined by Khamenei, and the Ministry of Foreign Affairs only fixes the formalities and controls the consular issues. Despite these clear lines of control, always a façade of internal cooperation and unity between these forces has been shown in the public.

However, keeping Zarif out of the loop altogether was an entirely different level of disenfranchisement. The Office of the Leader could have invited Zarif to the event as a formal courtesy, as done in similar visits of foreign heads of states before. The snub appears pre-planned with a clear message to convey to the world. The question is, what is the message?

The rift between Zarif and hardliners

The disagreement over the foreign policy between Zarif, seen as a moderate, and the hardliners in recent years has mainly revolved around two issues.

First, Zarif was the face of negotiations for what became the 2015 Joint Comprehensive Plan of Action (JCPOA), better known as the Iran nuclear deal. Zarif was heavily criticized by hardliners for being seen to make a unilateral commitment to the talks with the five permanent UN Security Council members plus Germany (the P5+1) without any proportional benefits for Iran.

After President Donald Trump’s withdrawal from the deal in May last year, the hardliners went further, threatening Zarif with impeachment in the parliament. Tehran decided to continue to comply with the JCPOA after the encouragement of the European Union, hopeful that Europe will help Iran overcome this phase of US sanctions.

But even this has been tested. At the very time when Iran and the EU were negotiating over future arrangements, news broke of two foiled terrorist attacks near Paris, with some European governments pointing the finger at Iran as the perpetrator. Iran’s ambassador to Germany at the time of these attempted terror attacks implied unknown elements in Iran might be responsible for trying to sabotage Iran-Europe relations. At home, Zarif was targeted for even more political pressure, especially given the European solution to the problem of US sanctions has so far proved to be timid and limited.

The second disagreement between Zarif and hardliners was over Iran’s engagement with intergovernmental anti-money laundering body, the Financial Action Task Force (FATF). In the past, due to its failure to comply with FATF guidelines, Iran’s name was included in the list of non-compliant countries. This changed in 2015 when Iran pledged to address FATF’s concerns. Rouhani’s government has sent four bills to the parliament to improve Iran’s grade in FATF and escape the blacklist, with a FATF deadline extended until February 2019.

Two of these bills passed the Iranian parliament, but two others (the Palermo Convention, and Combating the Financing of Terrorism CFT) were blocked in the Expediency Council. Rouhani’s administration and Zarif lobbied extensively to see the bills pass but they were faced with severe opposition by IRGC-backed hardliners that saw the bills a huge blow to their capabilities in the region.

The logic behind the hardliner’s thinking

The tough posture adopted by Washington during Trump’s presidency vis-à-vis Tehran was a godsend gift for Iran’s conservatives. Trump’s withdrawal from the nuclear deal, appointment of hawkish John Bolton as the National Security Advisor, empowering Iranian opposition in exile and attitude in international talks have given the impression the US will not be content with anything less than an upside-down change in Iran’s political scenery – AKA regime change.

Hardliners have settled on a belief that Europe is either unwilling or unable to offer any game-changing solution to Tehran to help it recover from its dire financial and economic situation. For hardliners, in this unilateral relation with West, Iran is the only loser which compromises regularly but has no gains in exchange.

Washington’s policy of disengagement at a time when Iran has the upper hand in the region has emboldened IRGC-backed hardliners. Iran with the aid of Russia saved Assad from an almost certain defeat and is now claiming back the entire country from ISIS and the Arab and West-backed rebels. Iran also has a firm foot in Lebanon both militarily and politically. The same applies to Iraq wherein Iran-affiliated al-Hashd al-Shaabi militias are in the process of making an Iraqi version of IRGC.

And in Yemen, now battle-experienced Houthis have allured Saudi Arabia into a costly war with severe human fatalities which has also heavily damaged Saudi Arabia’s global image. Iran has a military presence and influence across the Mediterranean to Bab al-Mandab Strait.

So, IRGC-backed hardliners think that now is not the best time for what they call Zarif-style permissive and passive diplomacy, which from their perspective drains Iran of all its geopolitical advantages in exchange for empty words and promises.

Yet the sweeping support for Zarif after his resignation, even from some conservatives, shows that hardliners will have a hard time in their hawkish-turn.