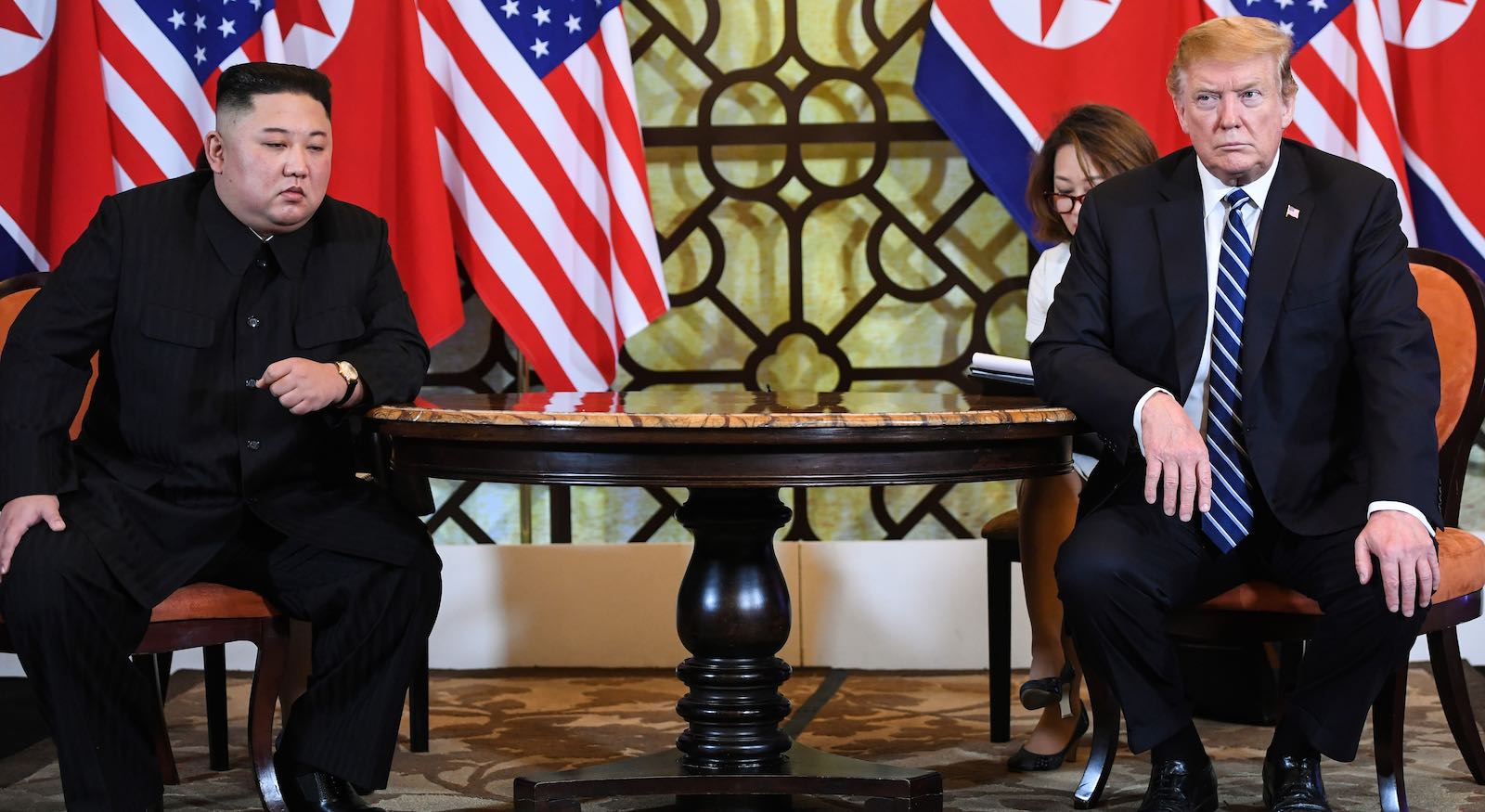 Assessing the import and impact of the Trump-Kim summits is a challenge. The visual spectacle of the two “colourful” leaders, both of whom prize the optics almost more than the substance of meetings, can prove highly distracting.

Viewed from Beijing or Pyongyang’s perspective, the two summits represent a serious strategic step forward. Their respective geopolitical positions have been improved and US prestige has been damaged.

From Kim’s armoured train journey through China to the mutual simpering of the two leaders at photo ops, the colour and movement is at times overwhelming. Equally, the high-octane partisanship linked to Donald Trump – with supporters cheering every move as an act of diplomatic virtuosity and critics often cognitively incapable of acknowledging any achievement – can cloud the analytic perspective.

Following the breakthrough summit of 2018, the follow-up this week in Hanoi lacked the sense of anticipation of the earlier meeting in Singapore. The fact that the last agreement had not delivered what the administration had claimed – that the North would begin to move on denuclearisation – meant many were not expecting much.

Yet as the Hanoi summit approached the leaking of possible outcomes led some observers to think a serious breakthrough might be possible. Even long-standing critics of the current administration thought that the meeting might deliver Trump’s first big foreign policy win as it looked to be building a credible path to eventual de-escalation.

But the summit ended with a whimper, not the planed grand signing ceremony. There are three main big conclusions that can be reached about this ultimately failed gambit – the first good, the second indifferent, and the third downright ugly.

Perhaps the most important and positive outcome of the summit is that diplomacy prevailed over the bluster, bellicosity and belligerence that had dominated American policy in 2017, and which some feared would return with the introduction of John Bolton as National Security Adviser. The North signed the Singapore summit declaration with no intention of “working towards” denuclearisation, at least as the US understands that term. The failure to act on this in the intervening eight months could have given the more aggressive strands in the administration all the excuse they needed to return to the bombast. That that did not happen. That the US has recognised the only way to manage a nuclear North Korea is via diplomatic means is an important and positive step. Equally, Trump has not, yet, foreclosed further negotiation.

More obviously, the summit achieved very little beyond maintaining some kind of façade of diplomatic engagement. Conversation is better than silence and there can be no doubt that for the broader management of North Korea to occur substantive quid pro quos need to happen. Both sides need to bargain, make concessions and develop a clear set of steps to improve confidence, communication and sustain a long-term regime to create a stable security environment on the peninsula. Instead, little tangible was achieved in progressing the diplomatic agenda.

The problems seems to be that each side was after a major step when a more realistic approach would have been an agreement to a series of small interim moves, creating momentum to build toward the larger goal.

Which leaves us with the worst aspect of the summit. The US went in with a weak hand. And having agreed to a limp declaration in Singapore, the US seemed unable to parlay its diplomatic gift of status and stature that comes with a presidential summit into tangible gains.

When we look back at this phase of Asia’s international history, these summits will bookend the date of acceptance of North Korea as a nuclear weapons power. The US was played by a Pyongyang that sprinted to the finish line in the face of Trump’s bluster over 2017 and then disingenuously stretched out the hand of engagement. The US is now in a situation in which it has tacitly accepted North Korea as a nuclear power, and wittingly or not, has sent a clear set of signals for other aspirant nuclear powers as to how to proliferate and get away with it.

The US has also managed to alienate allies along the way. It has ignored Tokyo and needlessly frustrated South Korea. Viewed from Beijing or Pyongyang’s perspective, the two summits represent a serious strategic step forward. Their respective geopolitical positions have been improved and US prestige has been damaged. The challenge from here is for the US to suck this up, get back to the diplomatic fray, and try again to create a stable strategic setting.

One can’t help but conclude that Kim has wiped the floor with the great deal-maker. If the Singapore summit was the overture to the Trump Kim love in, Hanoi is when Washington learned to stop worrying about North Korea’s bomb.