Mistaken assumptions about Indian history is leading to profound misunderstandings about its foreign policy priorities. 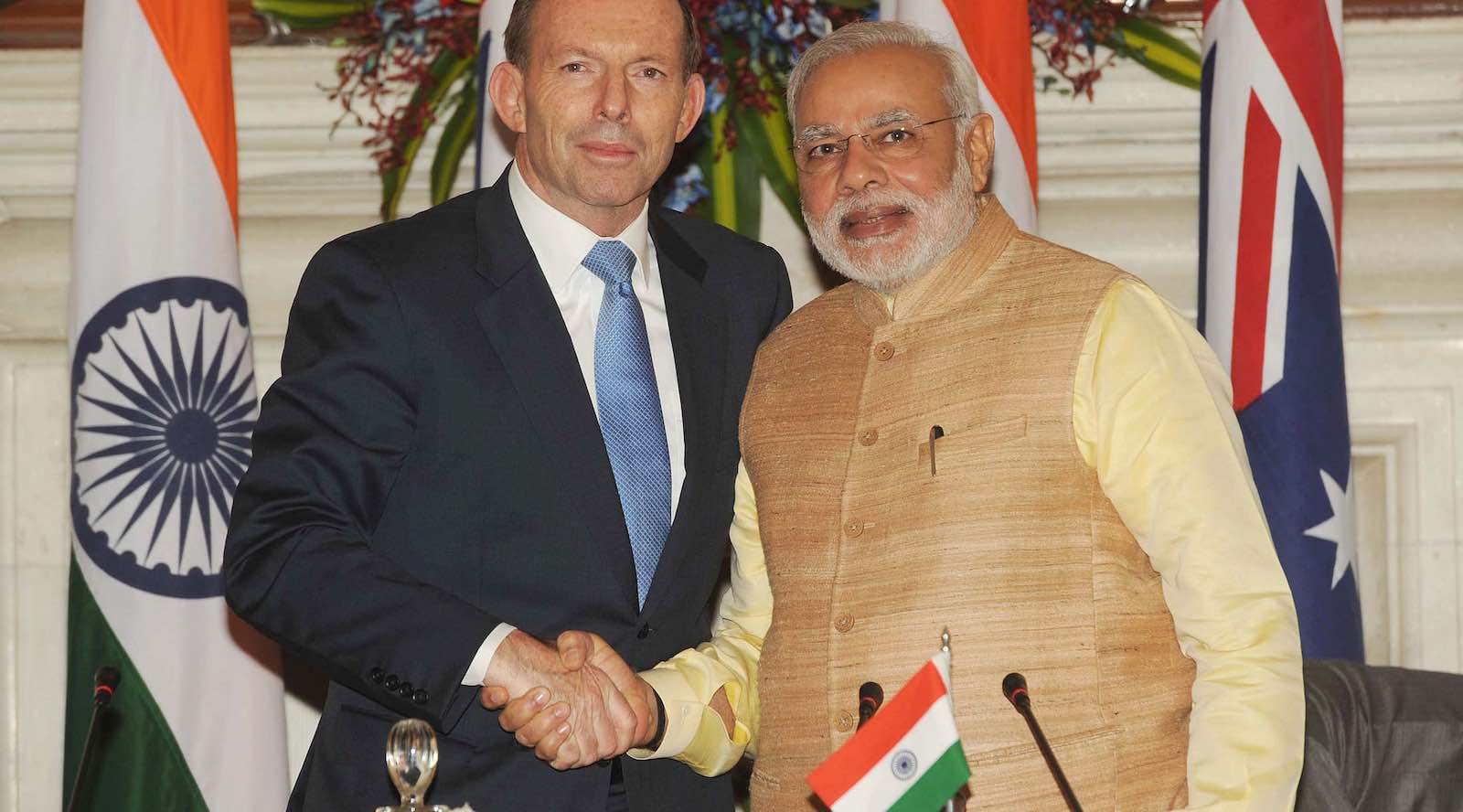 Last month, the leader of Australia’s best known anti-immigration party, Pauline Hanson’s One Nation, argued that not all non-white migration was a problem. Indians, Hanson said, were good migrants to Australia because they work hard and assimilate.

Hanson is not the first far-right, anti-immigration politician to carve out an exception for India and Indians. Conservative, far right, and even openly white nationalist politicians around the English-speaking world (sometimes termed “the Anglosphere”) have all embraced India.

After India’s independence, conservative and liberal politicians alike around the “Anglosphere” struggled to comprehend and engage with independent India. In the US in the 1950s, Dwight Eisenhower’s secretary of state John Foster Dulles found it easier to engage with the “martial spirit” of Pakistan. The Anglophile conservative prime minister John Diefenbaker of Canada highlighted only what was English in India’s first prime minister Jawaharlal Nehru as positive. In Australia, Robert Menzies was largely uninterested in India, seeing it as too difficult a place for any “occidental” to understand. He once went as far as to liken Nehru to a monkey.

How then, did the far-right of the Anglosphere shift from racialised condescension to seeing India as its most desirable, and most likely, partner in Asia?

In my book, India and the Anglosphere: Race, Identity and Hierarchy in International Relations, I argue that this has been made possible by a variety of factors. First, there are important historical connections between various white nationalisms in the Anglosphere and in Europe with Hindu nationalism in India. India’s economic liberalisation in the 1990s wound back the Nehruvian state-controlled economy, enabling politicians like the pro-Brexit Anglosphereist Daniel Hannan to argue that India had finally returned to the free trade and prosperity that defined the British empire. This, in his formulation, made India “[feel] more familiar”. The commonly repeated phrase that India is the “world’s largest democracy” subtly compares India with China, and only became so commonplace after China’s economic rise. After September 11, 2001, India signed up quickly to the “war on terror”, even though the idea meant different goals for India than it did the US and the UK.

And yet, the way in which conservative Anglospherists see India’s history leads them to profoundly misunderstand its foreign policy priorities, its international identity, and its domestic politics.

When Tony Abbott hosted Narendra Modi in 2015, he introduced the visiting PM to the Australian parliament. He referenced a common fallacy about India’s independence movement, arguing that it was primarily driven by British liberalism. India’s freedom, he argued, was won purely by non-violent means. Modi, however, evoked India’s “first war of independence”, a violent uprising against the British in 1857.

David Cameron and Theresa May in the UK each sought deeper trading relationships with India, but on their visits stumbled into controversy over their refusal to apologise for the 1919 Amritsar massacre, and demands for the return of the Koh-i-Noor diamond. Negotiations over a free-trade agreement with Britain fell apart over the Indian demand for easier visa processes for Indians, something the May government, brought to power partly by considerable anti-immigrant sentiment, felt unable to accept. The India-Australia free trade agreement has been similarly stalled by visa issues.

Even Donald Trump, on a business trip to Mumbai in 2014, found resonance with conspicuous consumption of the city’s elite and praised Modi for creating a more business-friendly environment. As a presidential candidate, he sought the votes of Indian Americans, trying to draw comparisons to himself and Modi, even appropriating Modi’s 2014 electoral pitch, Abki Baar, Trump Sarkar (this time, Trump government) and broadcasting these ads on Indian TV channels. Despite some claims of “significant” support, exit polls suggest Trump won just 14% of the Indo-American vote.

Within the Anglosphere’s far-right newfound appreciation for India, race and racism are still prevalent. The embrace is driven by orientalist assumptions, projecting an idealised nationalist vision of the self onto India. Although this might motivate closer ties, it is not the foundation of a strong relationship. Trump’s geopolitical embrace of India has not stopped Indians from being caught up in his violent anti-immigration rhetoric or being targeted by white nationalist political violence.

Modi has also been prepared to celebrate the sacrifice of Indian soldiers in the First World War. He has done so, though, while seeing these soldiers as the representatives of an eternal Indian nation, largely as a statement of his nationalism. This is quite opposite to the ways in which Tony Abbott would celebrate the many times Indians and Australian fought colonial wars together.

This example is instructive. India desires a different form of order to that advocated by the UK and her settler colonies. India still desires a multipolar or polycentric world order, which is fundamentally different to the current (post) imperial “liberal international order” in which the US underwrites most of the rules. There may be some partial resonances between extreme versions of Hindutva in India and the racist undercurrents in the English-speaking world. But they are still defined by the legacies of empire and the postcolonial politics of race and identity around the English-speaking world.