The promise is a “no limits” friendship. But there are evident boundaries, all the same. 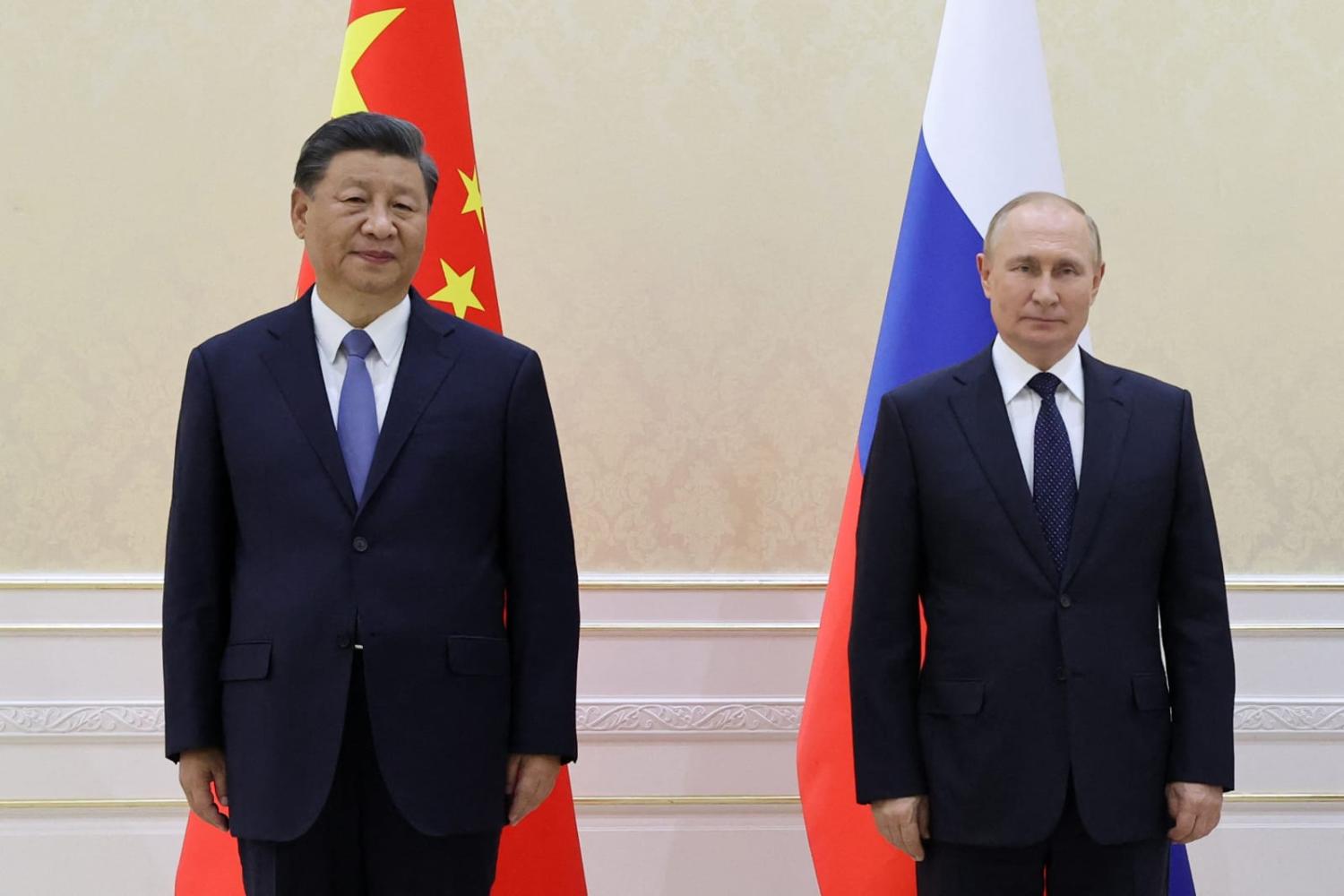 President Xi Jinping’s meeting with Vladimir Putin on the sidelines of the Shanghai Cooperation Organisation summit in Uzbekistan has prompted another round of speculation about China’s stake in its Russian relations.

Some would argue that combined with the earlier visit to Vladivostok by Li Zhanshu, Chairman of the Standing Committee of the National People's Congress (the third-most senior leader within the Chinese Communist Party), the Xi-Putin meeting demonstrates that the normative basis of the “no limits” relationship between Beijing and Moscow proclaimed in February remains firm.

But an interests-based assessment of China’s behaviour since the Russian invasion of Ukraine indicates that Beijing is attempting an ungainly balancing act between its simultaneous desire to maintain the strategic partnership with Russia and minimise collateral damage to its economic interests and diplomatic reputation, while also extracting leverage from Moscow’s travails.

This stands in contrast to some prominent commentary on Sino-Russian ties, which often swings between alarmism and triumphalism.

Prior to the war, some asserted that Moscow and Beijing were building a “grand coalition” that was “increasingly joining forces in the international arena to balance against America”. With Russia’s military reversals, however, the pendulum has swung back towards confident assertions that a defeat for Moscow in Ukraine is a defeat for China, and that Putin’s misadventure marks a “huge embarrassment” for Xi.

These swings misread the nature and extent of Beijing’s stakes in its relationship with Moscow, and how Beijing sees it as contributing to its broader geopolitical goals.

Beijing has sought to bolster the “no limits” rhetoric through a number of measures such as abstaining from the 25 February UN Security Council vote to condemn Russia’s invasion, regularly asserting its opposition to economic and diplomatic sanctions on Moscow, and continued promotion of the idea that China and Russia are building an alternate international order to that authored by the West. This has been coupled with regular repetition of the Russian narratives regarding the causes of the war in Ukraine, including by Li Zhanshu if we are to believe the Russian readout of his meeting with leaders of the Russian Duma on 9 September.

Further belying the “no limits” rhetoric has been Beijing’s efforts to leverage Russian weakness.

Even so, Beijing is reticent about lending full-throated support to Moscow. In contrast to the Russian version, the Xinhua report of Li’s remarks in Vladivostok makes no mention at all of the war in Ukraine. Instead, it highlighted the standard boilerplate that relations between the countries set “a good example of good-neighbourly friendship and win-win cooperation between major countries”, and the vague declaration that “China is willing to continue to work with Russia to firmly support each other on issues concerning each other's core interests”.

Beijing has also limited collateral damage to its economic interests and diplomatic reputation by not assisting Russia to evade US and European sanctions, as well as restricting Chinese state bank financing for Russian commodity purchases. Importantly, Chinese companies have also halted or paused projects with Russia.

Further belying the “no limits” rhetoric has been Beijing’s efforts to leverage Russian weakness. This has been most apparent in an economic context as Western-imposed sanctions have forced Moscow to turn towards China, making Russia even more of a junior partner in the relationship. This has been most noticeable in the energy sector where Russia overtook Saudi Arabia as China’s leading source of oil in May and June. China’s economic interest rather than political solidarity has driven this as international sanctions on Russian oil “mean traders have been wary of handling Russian crude, creating a mini glut that sees Russia’s oil trading $20 to $30 cheaper than international benchmark prices”.

Beijing’s efforts to balance Sino-Russian relations with its broader economic and diplomatic interests may indeed look ungainly. However, they demonstrate that it will not sacrifice its own core interests on the altar of Putin’s folly.

This was underlined during the Xi-Putin meeting in Samarkand. Here, Putin appeared almost apologetic, acknowledging publicly that China had “questions and concerns” about Russia’s “special military operation” that he would “explain in detail” to his counterpart.

The Chinese readout, in contrast, made no reference to Ukraine and paid lip service to Sino-Russian efforts to build a “more equitable and reasonable international order”. Significantly, although Xi noted that "China is willing to strongly support each other with Russia on issues involving each other’s core interests”, the “core interests” of Russia’s that China is prepared to support were not specified. Russia’s commitment to common positions on China’s “core interests” are, however: commitment to the “One China principle”, condemnation of “provocative moves by individual countries on issues concerning China’s core interests”, and Sino-Russia commitment to “promote” regional security and stability “based on the principle of non-interference in each other’s internal affairs”.

While for some this demonstrates not only that China now has the “upper hand” in the Sino-Russian relationship but that Xi may “ditch” Putin, we must recognise the big ticket item that Xi gets out of continuing the relationship on its current course.

Xi’s driving agenda has been the “struggle” to attain the “China Dream” of “great national rejuvenation” and the primary obstacle to that is a truculent and declining US hegemon. Close Sino-Russian ties, from China’s perspective, are judged to be important in this context so long as they contribute to China’s economic and military strength and assist in constraining the United States.

This calculus means that absent a complete Russian military collapse and/or overthrow of Putin, Beijing will likely continue its attempt to preserve Sino-Russian alignment, while deflecting potential collateral damage to its own interests.

China’s online platforms are now distinct from their US-designed counterparts and in some respects more advanced.
Sam Roggeveen 13 Mar 2019 14:00

The Swedish terrorist attack, the dissolution of the Australia-Timor-Leste maritime treaty, the future of China's economic rise and more.