A close haven carries appeal, but can life ever be settled without a legal status? 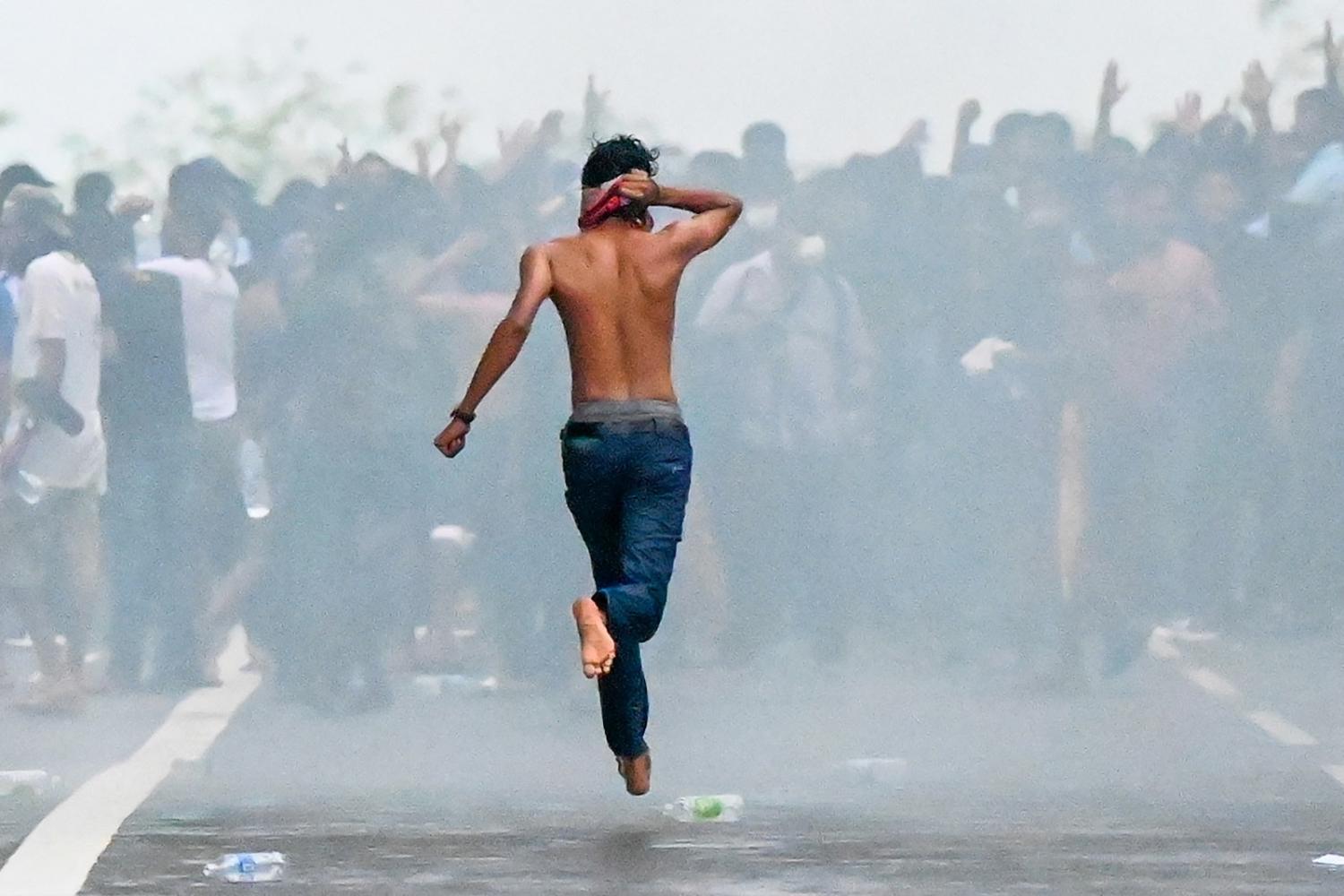 Sri Lanka’s ongoing economic turmoil has given rise to concern about a new wave of people seeking to escape local strife by fleeing to India. The flight of people across the short but turbulent passage between Sri Lanka and India is nothing new. Dhanushkodi town in the Indian state of Tamil Nadu is approximately 27 kilometres away from Sri Lanka’s Talaimannar settlement, and in the early 1980s, Tamil families in Sri Lanka fled by the thousands to Tamil Nadu as well as the southern states of Karnataka and Kerala seeking protection as civil war erupted between the Sinhalese-majority government and Tamil separatists. The flow of refugees continued into the 1990s and beyond.

While the previous influx to India was due to political reasons, the latest cross-border movement is propelled by economic factors. Fresh groups of Sri Lankan Tamils have arrived in India since March 2022 as Sri Lanka’s economy teeters amid the effects of Covid-19, spiralling debt, foreign exchange limits and food shortages. This situation poses a different style of challenge for the Indian government, and especially the authorities in Tamil Nadu, in managing the Sri Lankan Tamil community.

The prospect of a swelling population of desperate people holding out for an economic recovery in their homeland has its own risks.

Nor is this India’s only challenge with displaced populations. In the east, thousands of people have settled in the Indian states of Assam, Tripura and West Bengal having fled strife dating back to the 1971 independence of Bangladesh. Tibetans make up another longstanding population. More recently, some 46,000 refugees and asylum seekers have registered with UNHCR India, primarily from Myanmar and Afghanistan.

The prospect of rising numbers of people fleeing Sri Lanka carries the potential to sharply compound the challenge in the short term. Tamil Nadu already hosts more than 66,000 Sri Lankan Tamils across 133 camps who fled during the civil war years, according to estimates from the local support group Organisation for Eelam Refugees Rehabilitation. Much of this population has already proved reluctant over the years to voluntarily return to Sri Lanka, a concern the present economic uncertainty would not have allayed.

That leaves people a choice: either seek citizenship in India or wait against the hope of returning at some later time once the economic situation stabilises. The prospect of a swelling population of desperate people holding out for an economic recovery in their homeland has its own risks.

But staying put is equally challenging. India lacks specific legislations or provisions concerning refugees or asylum seekers and is not a signatory to the 1951 Refugee Convention. By law, foreign nationals entering India without valid travel documents stand as “illegal immigrants”, and a foreign national living in India must hold a valid passport or travel document or face a punishable offence. This creates a bottleneck in humanitarian efforts.

Indian courts have attempted to navigate this quandary. A ruling last year found the Indian constitution encompassed the principle of non-refoulement when ordering seven people from Myanmar who had entered India without documentation be allowed to seek protection with the UNHCR office in New Delhi. But similar rulings have been made in the past. None has put an end to India’s difficulty in resolving the circumstances of people who have fled their homes.

India’s approach so far to the potential of large numbers of people fleeing Sri Lanka has mostly focused on an effort to stabilise the country.

The complexity is further aggravated as jus soli (citizenship by birth right) was gradually changed in India from 1987, recognising instead that a child assumes her/his parent’s nationality, with “illegal immigrants” specifically excluded from eligibility for Indian citizenship. It is likely that the status of the Sri Lankan Tamils who have recently fled the economic crisis shall also remain in limbo.

India’s approach so far to the potential of large numbers of people fleeing Sri Lanka has mostly focused on an effort to stabilise the country. India has emerged as Sri Lanka’s top lender in 2022 through the provisioning of emergency financing. The Tamil Nadu government also provided financial assistance of $24.6 million in an effort to keep a check on probable cross-border movements. A bailout by the International Monetary Fund is seen as a further means to mitigate the crisis.

But permanent settlement for the displaced Tamil population has also been previously considered. In 2009, in the months following the end of the civil war, Tamil Nadu chief minister M. Karunanidhi called for citizenship for all Sri Lankan Tamils in the country. Although this did not materialise, there are hopes Karunanidhi’s son M.K. Stalin, who has followed his father to become chief minister in the state, will enhance efforts to support those fleeing the economic crisis.

Even so, such an approach is dependent on the political whim of the government of the day. A lasting solution will require constitutional safeguards in India pertaining to legal aid, return assurance and reconciliation activities to support those in need.

In cinema-crazy India, actors can easily be more popular than most politicians.
David Brewster 20 Jun 2018 06:00

As India looks to act East in response to China’s rise, investment in the Andaman and Nicobar Islands might make more sense than expensive floating status symbols.
Aarti Betigeri 1 Jul 2020 17:00