How India and the US can lead in the Indo-Pacific

The stakes – who gets to construct the legal, economic, and military architecture of an integrated Indo-Pacific region – are enormous. Without bold policy from the US and India, the answer will be China. 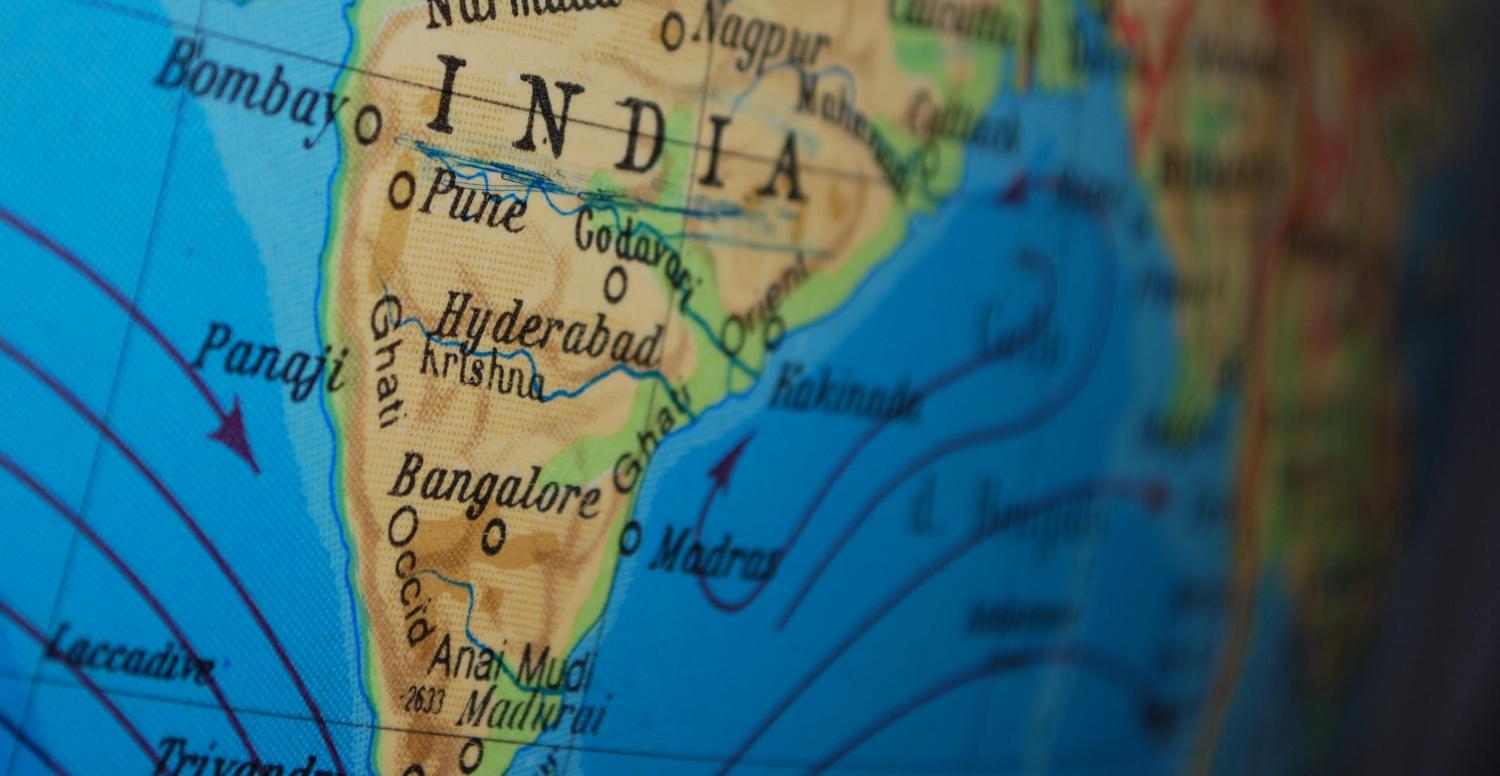 Although the Pacific and Indian Oceans have traditionally been viewed as separate bodies of water, India and the US increasingly understand them as part of a single contiguous zone. The US Maritime Strategy (2015), for example, labels the region the 'Indo-Asia-Pacific', while Prime Minister Narendra Modi and President Donald Trump referred to it in their recent joint statement as the 'Indo-Pacific.'

India and the US have a strong stake in seeing this unified vision become a reality. It would increase the possibility that they could promote liberal norms and structures such as free markets, rule of law, open access to commons, and deliberative dispute resolution not just piecemeal across the oceans, but rather in a single institutional web from Hollywood to Bollywood and beyond. Given the region’s economic and demographic dynamism and the importance of its sea lanes to global trade and energy flows, the significance of such a liberal outcome cannot be overstated.

India and the US have publicly called Indo-US cooperation the lynchpin of their strategy in the region. But it has not been as productive as it could be. Robust maritime cooperation between the two countries began only after the 2004 Indian Ocean tsunami, which demonstrated the increasing capabilities of the Indian Navy. Even since then, however, India has generally not been a proactive partner, and in fact often has refused US offers of cooperation. In some cases it appears to have done so out of concern for Chinese sensibilities. For instance, a senior Indian official recently suggested that New Delhi had rejected numerous US Navy requests to dock ships at the Andaman Islands in part because of China’s 'displeasure' about the US presence in the Indian Ocean.

The US, for its part, has repudiated the Trans-Pacific Partnership, once touted as the economic bedrock of its Asia strategy, and is distracted by Russian machinations in Europe and the Middle East, and the continuing war in Afghanistan. In addition, bureaucratic divisions between US Central and Pacific Commands hamper Indo-US cooperation west of the Indo-Pakistan border, where the US-Pakistan relationship dominates.

China has taken the real initiative in constructing a wider Indo-Asia-Pacific region. Its strategy is multi-faceted. China erodes the autonomous politics of sub-regional groupings, using its economic leverage to create differences amongst ASEAN members, denying strategic space to India through economic projects like the China Pakistan Economic Corridor, and using North Korea to limit Japanese and US influence in East Asia. China also employs institutions like the Asian Infrastructure Investment Bank, construction and finance projects linked to the Belt and Road Initiative, and trade agreements such as the Regional Comprehensive Economic Partnership to create a network of physical infrastructure and strategic dependence across the region. This network includes ports in Malaysia, Sri Lanka, Tanzania and Pakistan; oil and gas projects off the coast of Myanmar; and a military base in Djibouti.

China's strategy will increasingly put it in a position to create institutions, generate norms, and make and enforce rules in a zone stretching from East Asia to East Africa. Although Chinese preferences are uncertain, it seems unlikely that such a Sino-centric model will adhere to the liberal norms and practices that the US and India hope will take root in the Indo-Asia-Pacific. Indeed, Chinese behaviour, which includes territorial reclamations, rejection of maritime-dispute arbitration, establishment of an air-defence identification zone, and confrontations such as the ongoing Sino-Indian standoff over borders in Bhutan, suggest an authoritarian approach to the region.

Recognition of these dangers has been a central driver of US-India strategic cooperation. If the US-India partnership is to confront them effectively, however, the two countries must think more creatively about how better to work together, particularly in the defence sphere.

The core elements of Indo-US defence partnership include movement toward the adoption of common platforms and weapons systems as well as shared software and electronic ecosystems; closer cooperation on personnel training; and the convergence of strategic postures and doctrines. These elements can realise their full potential only if the two countries enable large-scale US-India data sharing, which will significantly enhance interoperability between their two militaries. This, in turn, will be possible only through the signature of the so-called Foundational Agreements, which provide a legal structure for logistical cooperation and the transfer of communications-security equipment and geospatial data.

India has historically resisted signing these agreements. But many Indian objections are rooted in domestic political calculations rather than substantive strategic concerns. Moreover, with the 2016 signature of the logistics agreement known as LEMOA, India may have crossed an initial hurdle. Perhaps a concerted effort to reconsider objectionable language, without fundamentally altering their substance, could make the remaining agreements palatable to Indian leaders. Given the impact this would have on India’s ability to cooperate with the US to meet the Chinese challenge, it could get serious consideration in New Delhi.

India and the US can take a page from China’s military strategy. Much has been made of the dangers of China’s anti-access/area denial capabilities. But India can also leverage its geography to impede access to the Bay of Bengal and the Indian Ocean. For example, with US assistance, it could transform the Andaman and Nicobar islands into a forward-deployed base for surveillance and area-denial assets. This would exploit natural Indian advantages, hamper China’s ability to expand its reach and consolidate its gains across the region, and not require India to shoulder unrealistic burdens in far-off areas of operation.

India and the US also need to take a diplomatic and developmental approach to the region that is geographically holistic and offers credible alternatives to Chinese projects; they should not adopt disparate strategies east and west of the Indian Ocean, or promote projects that are rhetorically attractive but lack financial and diplomatic ballast. Recent announcements of pan-regional projects such as the Indo-Japanese Asia-Africa Growth Corridor, and the revived US Indo-Pacific Economic Corridor and New Silk Road initiative, are welcome developments. It will be essential to ensure that these projects continue to receive adequate support, and to create synergies between them that can help to make the whole greater than the sum of its parts.

Additionally, India must cultivate political relationships in its close neighborhood with countries like Nepal, Sri Lanka, the Maldives and the ASEAN members to project its influence into the Indian Ocean. Regional states have already begun to fall prey to China’s 'debt trap’ diplomacy. For instance, Sri Lanka has struggled to service its debt owed to China for the construction of the US$1 billion Hambantota port, which has put the government in Colombo under considerable political and economic duress. India should offer its neighbors sustainable infrastructure projects and strong economic incentives that can provide an alternative. These efforts will be more likely to succeed if the US, Japan and Australia support them diplomatically and through co-investment in economic ventures.

None of these measures will be easy to implement; they will face resource constraints, political opposition, and strategic competition. But the stakes – who gets to construct the legal, economic, and military architecture of an integrated Indo-Pacific region – are enormous. Without bold policy from the US and India, the answer will be China.

The invisible during the pandemic

Singapore’s thousands of migrant workers make up the bulk of Covid-19 cases in the city-state.
Jennifer Hsu 13 Jul 2021 06:00