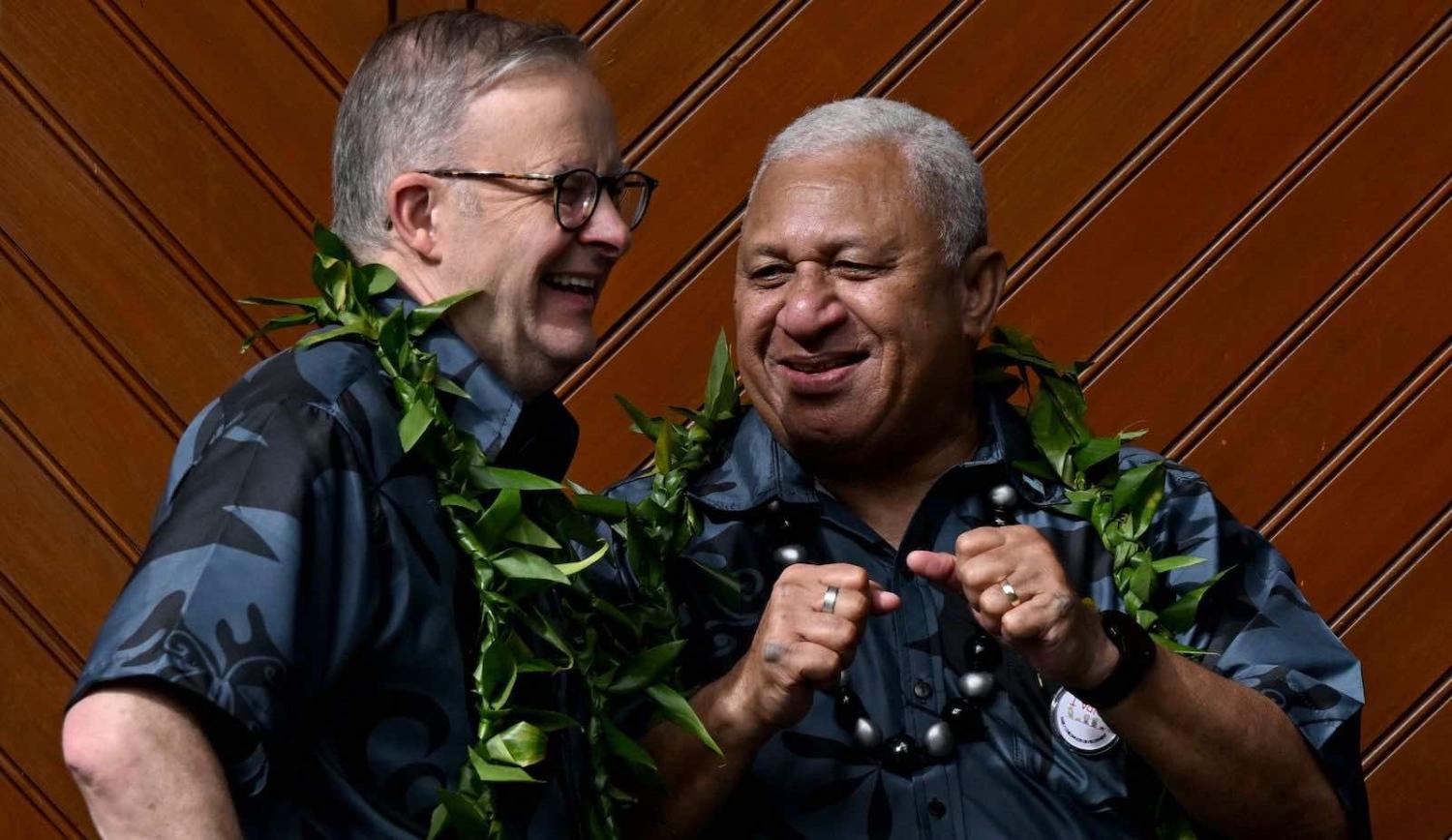 As the new Labor government oscillates between promoting investment in Southeast Asia to deepen security ties and trying to keep the Pacific family together in the face of Chinese challenges, recent Australian capital flows tell an interesting story.

The stock of Australian investment in Southeast Asia has plummeted over the two COVID years just as the old Morrison government and its Labor replacement have moved to give that region higher diplomatic priority and urged business to do the same.

Meanwhile stock of investment in the Pacific Island Forum countries has risen during the pandemic. This is largely due to resources investment in Papua New Guinea (which is by far the largest regional country), while Fiji investment was stable and the rest of the region down slightly. Nevertheless, this could have been quite a positive story for Prime Minister Anthony Albanese to tell at this week’s Pacific Islands Forum where Australia faces scepticism for running hot and cold on the region against the background of two of the country’s banks winding back their operations.

According to the Australian Bureau of Statistics the stock of Australian foreign direct investment (FDI – the typically long-term more “sticky” investment) has risen 53 per cent over the two COVID years to $25 billion.

It is hard to tell the relatively positive Pacific investment story during the pandemic without drawing attention to the fact that FDI in the ASEAN region has fallen 41 per cent during the same period.

For context, although the figures are not directly comparable, annual Pacific aid is up to $1.8 billion depending on definitions and Labor is topping this up with $525 million over four years. The government’s key regional business support arm – the Australian Infrastructure Finance Facility for the Pacific (AIFFP) has $3 billion in lending capital and $500 million in grant money.

However, it is hard to tell the relatively positive Pacific investment story during the pandemic without drawing attention to the fact that FDI in the ASEAN region has fallen 41 per cent during the same period. And remarkably when the government has been encouraging business to diversify to places such as Southeast Asia away from over dependence on China, the FDI stock in China has also fallen 41 per cent.

So, it would seem that the China exposure warning has been heard loud and clear, but not the positive ASEAN message that Albanese and Foreign Minister Penny Wong have taken up during recent visits to Southeast Asia.

The net result is that Australian FDI in the lower growth Pacific region of about 11 million people is almost the same as in higher growth Southeast Asia ($27 billion) with 650 million people and more than twice China ($9 billion) with 1.4 billion people. Total investment in Southeast Asia and China is still much higher than the Pacific due to the wider range of opportunities for less controlled portfolio investment, but that has also fallen significantly during the pandemic years.

Indeed, when it comes to the business end of regional engagement corporate Australia has now sunk more than $2000 per capita into the Pacific compared with around $40 in Southeast Asia and less than $10 in China. Whether that represents diversification or concentration is an interesting question. Even over ten years, despite serial trade deals and other initiatives with ASEAN countries and China, the FDI stock has risen more in the Pacific (admittedly again mostly PNG) than in ASEAN or in China.

There is a good argument that resources investment in PNG doesn’t represent the sort of Australian flagship presence that the retreating Westpac and ANZ banks once provided in the Pacific. And a more diverse Australian presence would arguably help Australia Inc’s struggle to keep up with the rising Chinese business presence, which explains the government’s generous backing of Telstra’s purchase of Digicel Pacific, in a flagship Australia Inc deal completed this week.

But the COVID period investment numbers still provide an interesting window on the increasingly difficult balancing act the Albanese government has developing the right policy approaches for building ties in two quite different neighbourhood economies amid China’s expansiveness.

Amid the outpouring of shock and analysis that has followed the assassination of former Japanese Prime Minister Abe Shinzo, it is perhaps not surprising that one of his five Australian counterparts Malcolm Turnbull has done his own reflecting.

In his memoir A Bigger Picture, Turnbull presents the revival of the Trans-Pacific Partnership trade deal as a joint project with New Zealand’s John Key to which he had to persuade Abe to join because “he (Abe) didn’t want to fall out with his new golfing buddy” Donald Trump, who had dumped the TPP in 2016.

In contrast to Abe’s management of a new security role for his country, his economic reform legacy remains an unfinished story.

But this week Turnbull declared the revival of the trade deal to be his “best joint project” with Abe hatched over dinner at his Sydney home in 2017.

Abe’s place as Japan’s longest serving prime minister and one of its most important has been duly acknowledged in many pieces this week, from his attempts to reform Japan’s pacifist constitution to his pioneering of the Quad group.

But Turnbull’s more equivocal account of the TPP revival only serves to underline that in contrast to Abe’s management of a new security role for his country, his economic reform legacy remains an unfinished story. This is despite the fact that when Abe returned to power in 2012, after the less-than-stellar short stint in 2007, he sought to emphasise the importance of economic reform as a key pillar of overall national power.

Australia’s former ambassador Bruce Miller, who knew Abe better than most foreign commentators, has provided a perhaps unintended insight into the unsettled economic legacy in his own reflection. Writing in the Australian Financial Review, Miller noted that while the eponymous “Abenomics did not deliver as promised … every year his government drove one economic reform.”

That may well be the case, but it tended to leave those reforms as policy orphans without a steadfast sponsor in the way a parallel economic change agent such as former prime minister Paul Keating pursued superannuation. So, while female participation in the workforce has risen under Abe’s leadership, the gender pay and job quality differences remain huge.

Abe’s biographer Tobias Harris has a good explanation for this by characterising Abe as first and foremost a believer in a strong state even when it came to securing prosperity through economic reforms.

The irony is that the economic legacy is now in the hands of two differently placed successors.

Prime Minister Fumio Kishida has been promising to maintain Abe’s legacy since the assassination, even though until then he had spent his time in office implicitly criticising the outcome from Abenomics by calling for a new form of more caring capitalism in Japan.

Meanwhile Bank of Japan Governor Haruhiko Kuroda, who has done the real heavy lifting of Abenomics with extraordinarily loose monetary policy, which came to be known as “going Japanese” as other central banks followed during the pandemic. But Kuroda now technically has victory in sight with inflation above the two per cent Abe government target just as his global peers tighten monetary policy. Whether he can unwind the Bank of Japan’s unconventional policy without sending shockwaves around global markets will say a lot about how Abenomics is viewed.

The Albanese government seems to have accepted the reality of preparing for a possible failed state over a Chinese client state with its dismissal of the long running Timor oil espionage case.

If there was any economic diplomacy rationale for the long saga of Australia bugging the Timor Leste cabinet room during seabed boundary negotiations in 2004, it was the idea that ultimately Australia would be supporting the country when the oil money expired.

Just as China’s pre-election security deal move in Solomon Islands has fuelled the Albanese government’s diplomatic flurry in Suva this week, China’s post-election deal signing in Dili appears to have strengthened the case for easing tensions with Timor over the spying case.

Viewing Timor as a potential failed state is quite ironic these days when it has emerged as one of the more functional democracies in Australia’s neighbourhood, but the dilemma of its oil revenue running out by the end of the decade remains real.

While Australian commercial interests were at stake in the seabed negotiations, there was also a distinctly realist view among key policymakers that Australia would better manage the oil revenue until it would be needed to fund long term development aid back into the country.

And just as China’s pre-election security deal move in Solomon Islands has fuelled the Albanese government’s diplomatic flurry in Suva this week, China’s post-election deal signing in Dili appears to have strengthened the case for easing tensions with Timor over the spying case. Attorney General Mark Dreyfus made this as clear as is possible with such national security cases when he emphasised that the case was being dropped to protect both national security and “Australia’s relationships with our close neighbours”.

As Andrea Fahey has argued on The Interpreter, Australia has an opportunity to build a fresh relationship with a new generation of young democratic politicians in Timor Leste who are acutely aware of the need to avoid the failed state nemesis with some new development ideas.

But Timor’s former ­– and possibly future – prime minister Xanana Gusmao sent an interesting signal about how deep memories of Australia run in his country to the new Albanese government by pointedly thanking Tanya Plibersek for ensuring the oil case was dropped. Plibersek was replaced as shadow foreign minister by Penny Wong and is seen to be on the outer with Anthony Albanese, but still played a significant role in shifting the Australian mood towards a more accommodating position on the seabed negotiations in her old opposition job in 2016.

As Xanana Gusmão said in his address to conference, global challenges require global responses. Wonderful to meet with him again. pic.twitter.com/ZqiavmAiZL 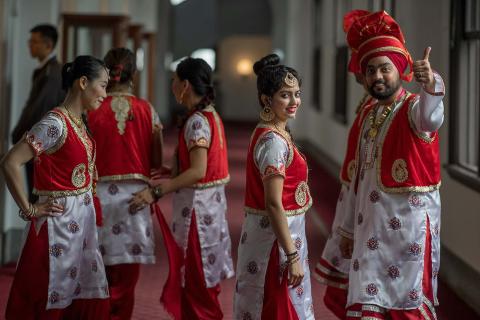 “India first” is the message, but economic reality will guide the direction Colombo charts. That points to China, too.
The Interpreter 2 Jan 2020 06:00

Best of The Interpreter 2019: A festival of democracy