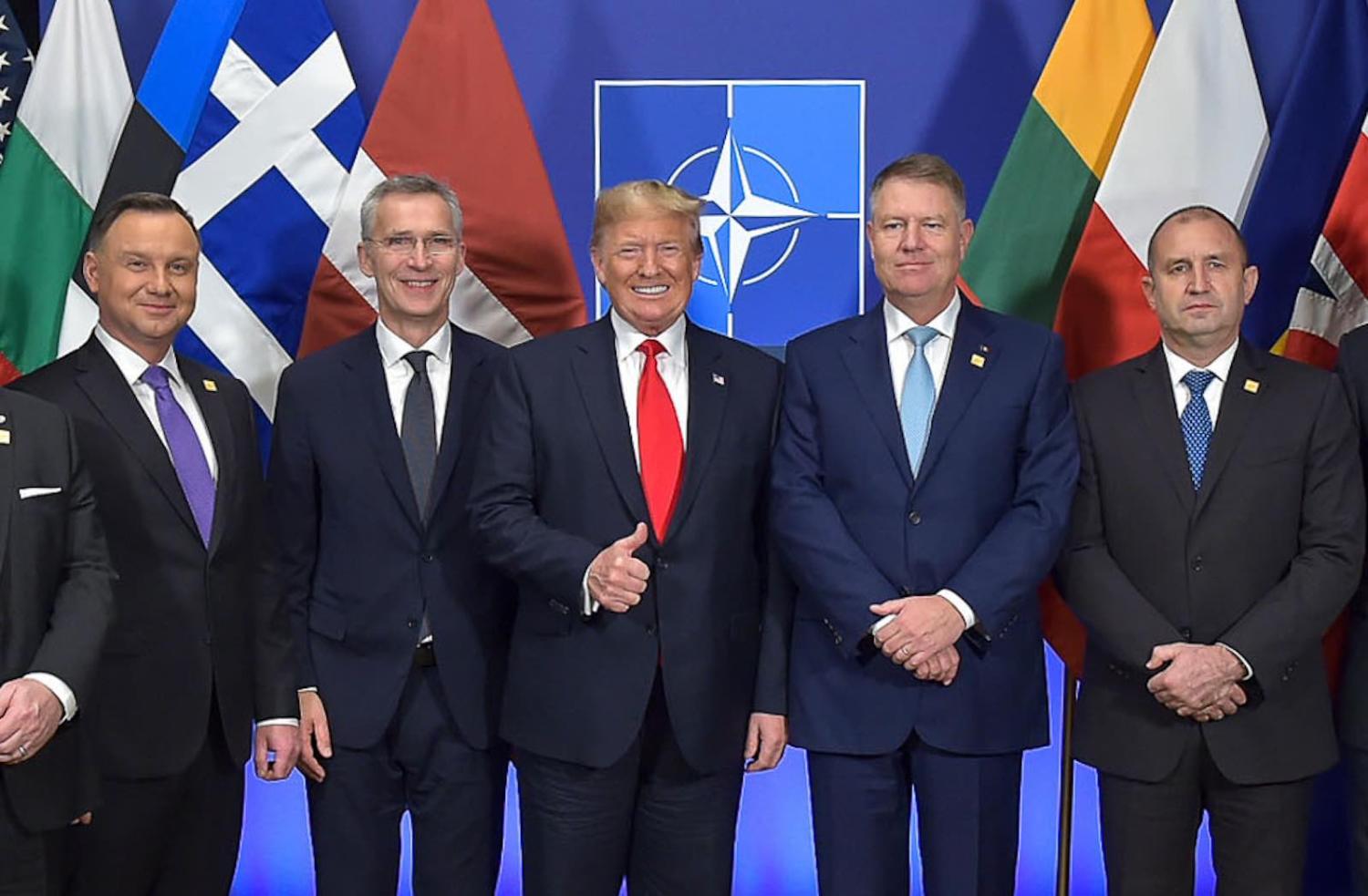 Since the election of Donald Trump as US president, NATO summits have assumed a somewhat familiar template – a growing discord among the allies, compounded with the drama and theatrics at the margins, followed by a predictable sigh of relief when it’s all over. All this in hope that the bureaucratic inertia and the 70-years-strong transatlantic bonds can help the alliance withstand the stress test of the Trump presidency, along with a growing number of internal and external challenges.

The NATO leaders meeting in London last week has yet again underscored the alliance finds itself in an unenviable position of explaining what it stands for and what it seeks to protect – both in security and ideational realm.

The weeks leading up to the London summit were already inauspicious after the French President Emmanuel Macron pronounced the alliance brain-dead. The supposed heir to the throne of European and global commitment to multilateralism, and a firm believer in the need for European strategic autonomy, broke the taboo and ruffled feathers across the old continent and beyond. So much so that even Trump felt the need to do a major about-face and come to NATO’s defence.

These days, the ideals of safeguarding and promoting democratic norms and values are being questioned and subverted by democratic backsliding.

Whatever one might think about Macron’s remarks or the tact in their delivery, however, there is no doubt they speak to the broader debate the alliance has been having around its purpose moving forward. While there has been a lively academic discussion on the health of the alliance, there is a sense that the majority of the principals in the London summit room opted for a “kick the can down the road” approach hoping for more fortunate times.

Granted, the London declaration has listed a number of important decisions and points of agreement – from major progress on fairer burden-sharing and increased readiness, declaring space as the fifth operational domain, committing to ensure energy security and security of telecommunications infrastructure, to a new action plan in the fight against terrorism. Furthermore, for the first time in the post–Cold War era, the alliance has included China and the challenges its rise poses as a development that demands a response, particularly in light of new technologies and hybrid warfare.

Yet, given the recent security developments in the European theatre and the adjacent regions, the alliance can’t escape its origins and having Russia at its focus. The leaders’ declaration at the conclusion of the meeting has offered somewhat conciliatory rhetoric of being open for dialogue with Russia. However, beneath the diplomatic platitudes, the policy particulars continue to polarise member states.

For instance, Macron’s unilateral push towards a rapprochement with Russia sparked a great unease among the Baltic states, as well as raised eyebrows in the major EU powers such as Germany and the Netherlands. At the same time, the near-completion of the Russian-owned Nord Stream 2 project could see the US implement sanctions against the European companies involved in the project – some of which have headquarters in Germany, France, and the Netherlands. Adding further rift in the alliance is Turkey's purchase of the Russian S-400 missile system, which has prompted the Trump administration to remove Turkey from the F-35 program and prompted the US Congress to call for the imposition of sanctions. Evidently, even as a declining power, Russia’s ability to create and exploit divisions among NATO member states is still without match.

In making the case for the alliance, NATO’s proponents point to it being much more than a military alliance. Its preamble and chief organisational goals state it seeks to protect and promote democratic values. However, both the historical and empirical records offer mixed evidence for such claims.

A cursory look at the alliance’s early members, which included the likes of Portugal, Greece, and Turkey in the early Cold War decades, serves as a repudiation of the unyielding commitment to democracy. These days, the ideals of safeguarding and promoting democratic norms and values are being questioned and subverted by the democratic backsliding in Turkey, Hungary, and Poland. Equally worrying, a lot of Trump’s rhetoric and conduct haven’t done much to further this cause either.

On the other hand, in the post-Cold War context, some scholars argue NATO enlargement has aided the creation of a peaceful environment that was conducive to democratic consolidation. Others maintain eastward expansion didn’t do much to help with democratization in Eastern Europe and highlight the negative consequences of enlargement vis-à-vis the relations with Russia. Others yet argue that NATO’s role in democratic development in Europe has, at best, been indirect.

In light of these debates, perhaps the most under-reported news from the recent meeting is that the alliance has added a 30th seat to the table, as the final ratification for North Macedonia to formally join NATO waits to pass the Spanish parliament. The past three rounds of NATO enlargement, which have seen the Balkan states’ accession serve as a potent reminder of the role alliance plays beyond being solely a military alliance. Namely, given the complexities of EU accession negotiations and the increasingly dim prospects of EU enlargement in the near future, NATO membership serves as a carrot to bring the former communist states into the Euro-Atlantic fold while they await EU membership.

As a septuagenarian, the alliance could rightly be expected to find itself having a hard time adjusting to the brave new world around it. For some, NATO therefore remains a Cold War relic that ought to be disbanded, and yet for others, it is a work in progress whose benefits still far outweigh the costs. If it is to survive and thrive, it is well-advised to tackle the hard questions on what it aspires to be. The London meeting failed to yield convincing answers.

The common view was that the Asian countries, like Icarus, had flown too close to the sun in their hubris-fueled growth and had crashed back to earth.
Khalid Koser, Lilla Schumicky-Logan 19 Jul 2019 11:00

With WHO's reputation on the line, much riding on the next director general

WHO’s survival will depend on the incoming DG's ability to improve its reputation and raise core funding from national governments, particularly the US.