Light at the beginning of the tunnel?

A look at the first months of the Biden administration gives cause for optimism – and caution. 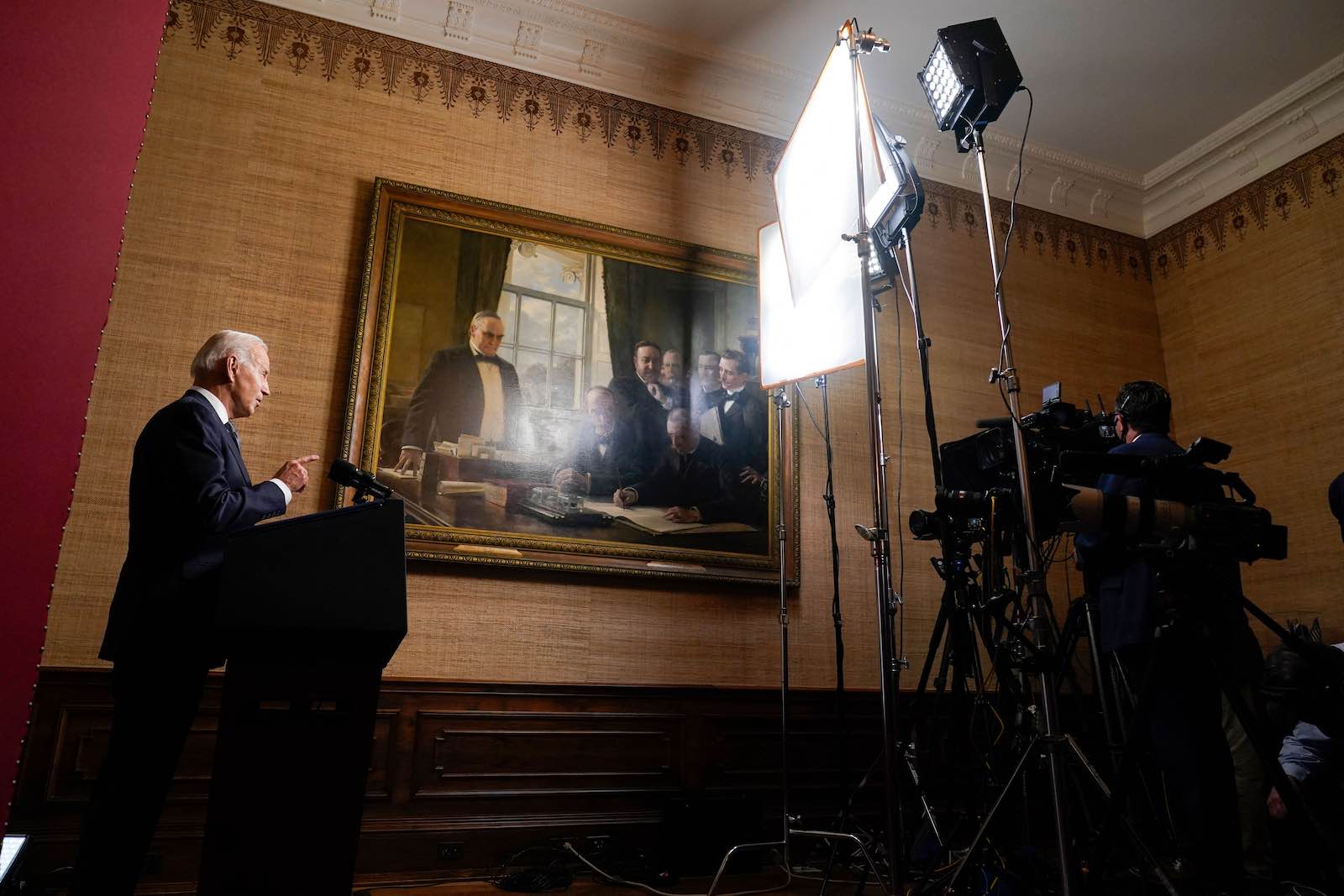 US President Joe Biden speaks in the White House about the withdrawal of US troops from Afghanistan, 14 April 2021 (Andrew Harnik/Pool/AFP via Getty Images)
Published 16 Apr 2021 12:00   0 Comments

The world has had three months now – we are approaching the “100 days” – to observe the Joe Biden presidency. Have we learnt anything? Has anything changed for the outside world?

Initial impressions are favourable. Twitter seems passé. Civility seems to be the order of the day. There appears to be some sort of system in Washington. Covid vaccinations have brought some hope of an end to a national tragedy that has seen more than half a million deaths.

For countries like Australia and New Zealand, which rely on the international rules-based system, some positive steps have been taken by the US that go towards supporting that system.

What is the evidence?

First, the World Trade Organisation. The decision to back the election of Ngozi Okonjo-Iweala, previously blocked by the Trump administration. This followed testimony by Katherine Tai, the new US Trade Representative, at her Senate confirmation that the US wanted to engage in the reform process at the WTO.

Second, rejoining the Paris Agreement on Climate Change, backed up by the appointment of John Kerry as climate change special envoy. Given what Biden is hoping to achieve within the US on climate change, this will have an effect not just on the negotiations themselves, but also on other countries’ policies. Australia, for instance, will have to do some recalculation.

Third, the Iran nuclear deal. A key geopolitical and security problem for the US. Where the process will lead is uncertain, but it does mean that the US wants to re-engage with its partners.

Fourth, NATO. Biden’s address at the Munich Security Conference, including the reaffirmation of a US commitment to Article V of the NATO Treaty.

Fifth, international tax policy. Very closely linked to the Biden administration’s need to raise tax revenue domestically to pay for the Build Back Better initiative are the new and serious US proposals to reform parts of the international tax regime. Made in the context of the ongoing work by the Organisation for Economic Co-operation and Development to refine the international tax system, they have not yet been made public, but represent a sweeping change of approach by the US to one of the more difficult items on the multilateral economic agenda. Janet Yellen, the Secretary to the Treasury, commented that such a reform would not benefit only the US, but also have global implications.

So, those are five pointers of the change of style – and, in some cases – of a rethink of US policy. There are others, but these five serve our purposes. The more fascinating evidence is not about international commitment, but the decision about building back America. The tremendous infusion of funds that the first Biden package contained – added to the ambitions of the infrastructure rebuild – show that one of the most important things for the international community is Biden’s view that a stronger America is more able to deal with international complexities than a weak America.

The last four years of dealing with the US have made its friends and allies aware that there is an ever-present and strong current of “America First”.

His intentions to invest such huge sums in the US rebuild, even if he does not achieve all he wants because of Congressional pressures, will have significant international spin-off. Take, for instance, the International Monetary Fund’s view of potential growth in the US economy – 6.4% in 2021. This is the highest of any advanced economy and comes after a 3.5% decline in 2020. The spillover effects for the rest of the world through regrowth in the US itself will help – the IMF characterises them as “sizeable” and “positive”.

Let us not get overwhelmed by optimism. These are lights at the beginning of the tunnel, not at the end. We know on trade liberalisation, for instance, that the Biden administration is not going to take up where the last Democratic (Obama) administration left off. There is a distinct coolness to their remarks on the Comprehensive and Progressive Agreement for Trans-Pacific Partnership (CPTTP). The US still maintains steel and aluminium tariffs – on ”security” grounds – on European Union countries and New Zealand. There is a lot of talk about protecting American industry and American workers, let alone protecting the US agricultural sector. A commitment to reform of the WTO in broad terms may not lead to outcomes that favour all members. The complexities of the politics in Washington will make life complicated for the Biden administration. The APEC trade ministers’ (virtual) meeting in early June may give us a clearer picture of the direction of travel.

And two other factors are in play. The first is China. The bilateral relationship is complex and will become more so, given that the new administration has said it’s the major international issue it faces. Any fallout from the bilateral will flow on to the multilateral (hence the Biden approach to talk to friends and allies first).

The second factor is harder to quantify, but equally important. The last four years of dealing with the US have made its friends and allies aware that there is an ever-present and strong current of “America First”, so the Trump years are not necessarily an aberration, but part of a pattern in US international behaviour that goes back a long way. And may come back again. That leaves a degree of uncertainty whether what can be achieved with Biden might be undone by another administration.

Show Comments
Previous Article
South Korea on North Korea: Keep on keeping on
Next Article
No surprise: Spying from space is a good thing