South Korea on North Korea: Keep on keeping on

Moon Jae-in wants diplomacy to work with Kim Jong-un and is determined to push ahead. 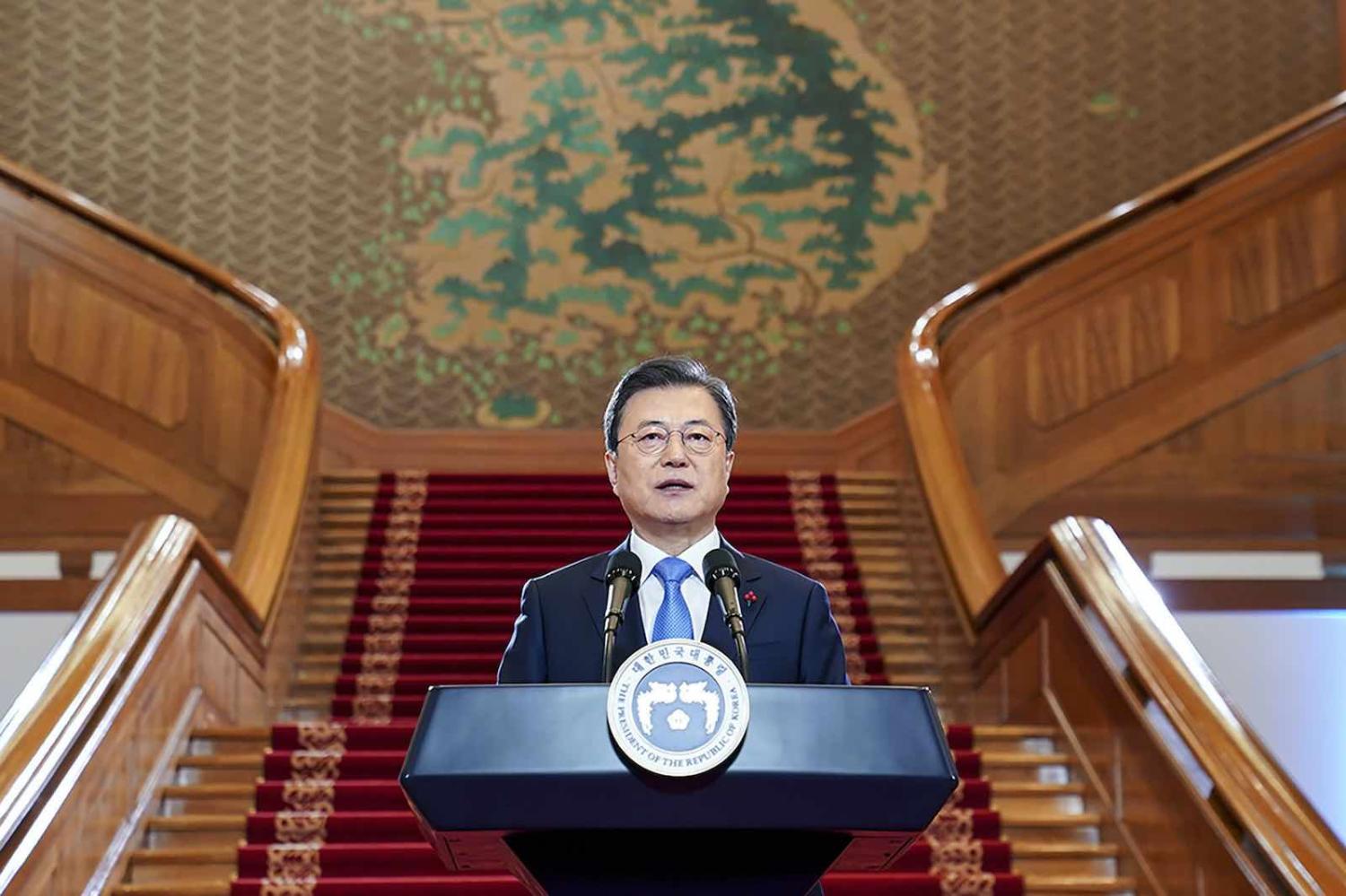 South Korea’s President Moon Jae-in’s policy of engagement with North Korea copped a triple whammy in the past two weeks.

After months of deliberation, the Joe Biden administration affirmed that the US President would not meet with North Korea Chairman Kim Jong-un, a clear policy break with the Donald Trump administration.

North Korea also signalled its intention to withdraw from the 2021 Tokyo Summer Olympics, which deprived Moon of a pathway to resume North-South and US–North Korea dialogues.

Even worse for Moon, his ruling left-leaning Democratic Party lost the mayoral elections in Seoul and Busan by a landslide to the conservative People Power Party. The mayor of Seoul is often considered to be South Korea’s second-most powerful elected official after the president. Experts see the elections as a referendum on the Moon government and a harbinger for the 2022 presidential election. If the Democratic Party loses the Blue House to a conservative candidate, it will spell the end of Seoul’s policy of engagement.

Despite these setbacks and calls to focus more on domestic issues, the Moon government is still committed to bringing diplomacy back on track. During the trilateral meeting among national security advisors of the United States, Japan and South Korea, the country’s national security advisor Suh Hoon emphasised the importance of a policy of engagement in the denuclearisation process. Seoul even desires to improve its ties with Tokyo despite a dip in relations for the past three years to better persuade the United States to resume talks with North Korea.

South Korea’s response to the North’s first ballistic missile test in a year was also restrained. Moon used the provocation to urge Washington and Pyongyang to go back to the table. The South is also using diplomatic pressure to get the North to participate in the Summer Olympics. It is not surprising that Moon’s perseverance is seen by some to be more delusional than rational.

To understand Moon’s perseverance, however, it is important to go back to Moon’s motives behind his push for engagement with North Korea starting in 2017. To Moon, engagement with the North was never a short-term project or one to be scrapped because of short-term hindrances. As an aide of pro-engagement former president Roh Moo-hyun, Moon well understood the limits of short-term engagement, or engagement that did not significantly change the status quo and was reversible. Roh’s opening of the Kaesong Industrial Complex in 2004 was a major achievement, yet such a legacy was reversible.

Moon thus wanted to establish a long-lasting “peace regime on the Korean Peninsula” that would fundamentally change inter-Korean relations for years to come. At the heart of this plan was a declaration of the end of the Korean War and the replacement of the armistice with a peace treaty. The transformative logic is clear: engaging North Korea as a neighbour is better than engaging it as an enemy.

Such an irreversible legacy would outlast Moon’s presidency and set the basis for his successors’ policy towards the North, regardless of their party affiliations. This can avoid the cyclical ups and downs in inter-Korean relations whenever the Blue House changes its political hue.

Recent setbacks will not impede Moon’s long-term plan. Instead, his government sees setbacks as evidence that engagement is not working well enough, rather than it is not working at all. The former merits more efforts, while the latter demands a policy reversal. If Moon fails to revive inter-Korean relations by the end of his term, he still wants to maintain an expectation of future engagement with the North to prevent relations from totally collapsing, to set the conditions for a breakthrough, and to hedge against a conservative successor.

Most notable is his administration’s bid to co-host the 2032 Olympics with North Korea or to use a North Korean railway to send both North and South Korean athletes to the 2022 Beijing Winter Olympics. A video room for inter-Korean talks is in the works and expected to be finished by April. Seoul also plans to donate excess Covid-19 vaccine doses to the North and pledges to build a joint response system against infectious diseases. Future South Korean presidents can adopt these initiatives with ease.

Importantly, even in the absence of a peace regime, Moon will try to lock in the existing framework of engagement with the Biden administration and Moon’s successors. The Moon government’s determination to preserve the 2018 Comprehensive Military Agreement with North Korea despite the North’s many violations will hopefully keep the agreement intact for future South Korean presidents.

Moon will also seek to create diplomatic momentum between the US and North Korea under his watch to ensure that after he is gone, engagement will continue. This is why his government persuaded Biden to leave the diplomatic option open and wished North Korea to participate in the Tokyo Olympics. Moon finds some degree of domestic support for his agenda as more than 40% of South Koreans think persuading the US to lift sanctions is important to implementing 2018 summit agreements with North Korea.

Time is not on Moon’s side, as he has one year left in his term. North Korea is less likely to be interested in talking to a lame duck president. The pandemic also makes it difficult for Moon to score any late diplomatic victories. Still, Moon will keep pushing for diplomacy to ensure that inter-Korean relations will not go off the cliff in the years after his term ends.

Previous Article
Russia’s Asia diplomacy
Next Article
Light at the beginning of the tunnel?

Taiwan's diplomatic allies, Trump takes on Iran, and anti-gay laws in Singapore: The week that was on The Interpreter.
Stephen Blank 13 Oct 2017 13:01

Compounding crises have forced Kim Jong-un to break old habits. It may be a sign of new opportunity.