A deadline warning came and went, illustrating the constraints on Kim Jong-un even as he keeps all options on the table. 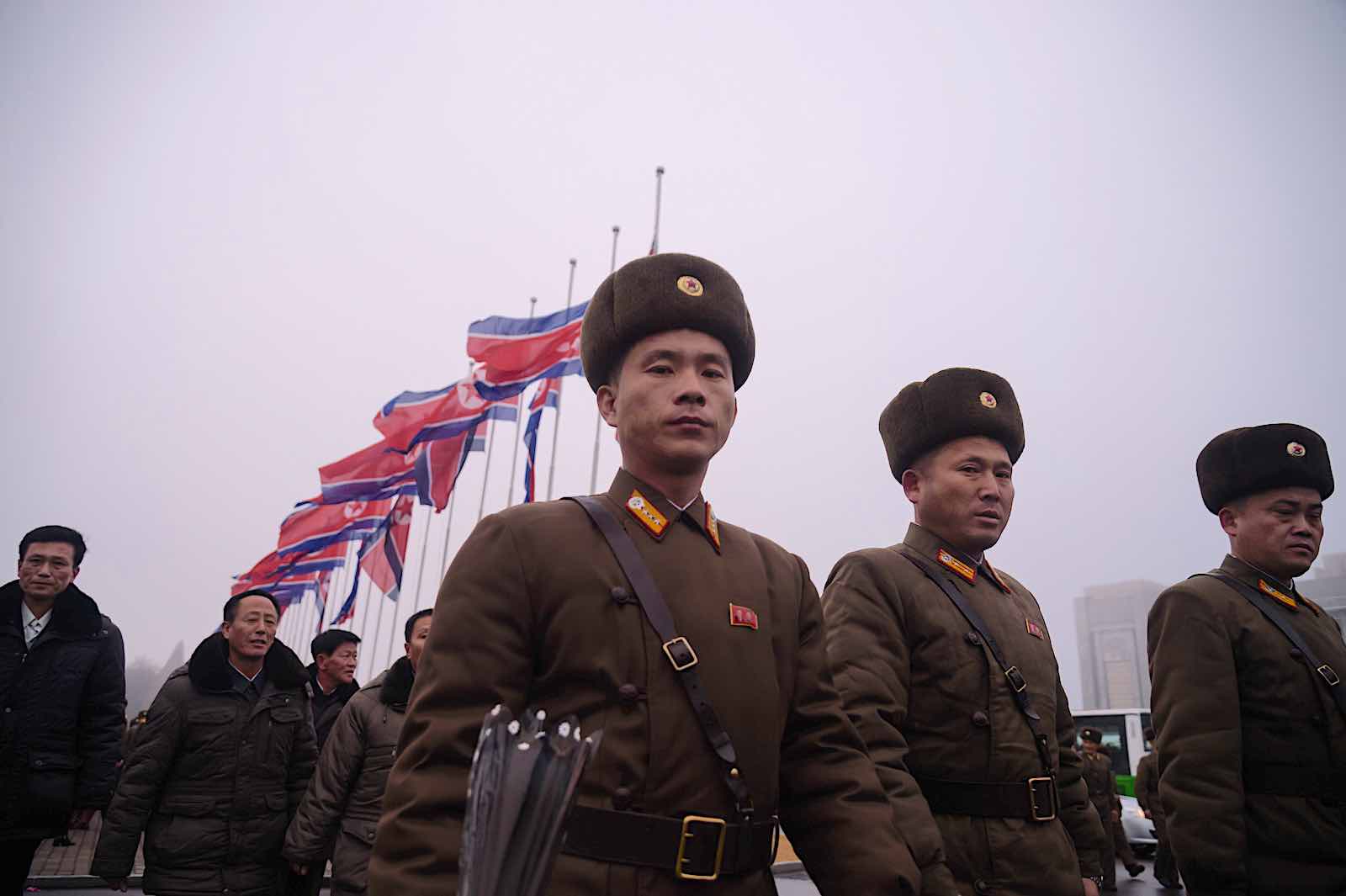 Christmas and New Year came and went without a bang on the Korean peninsula, even though North Korea had warned of a “Christmas gift” for the United States and the horrendous consequences of missing its arbitrarily set “end-of-year” deadline in the months before. Despite its series of missile launches and harsh rhetoric since April, North Korea kept silent from mid-December to 1 January. And instead of chairman Kim Jong-un delivering the annual New Year Address, this year the country released a report of the North Korean Workers’ Party Plenary meeting in lieu of Kim’s speech to detail the country’s policy for 2020.

The plenary meeting report also fell short of North Korea watchers’ expectations of Kim’s “New Way”. Contrary to the hyped fear that North Korea would launch an intercontinental ballistic missile on Christmas and return to nuclear and long-range missiles testing once the deadline expired, North Korea kept the negotiation option with the US open into 2020.

Kim Jon-un still wants to stay on Donald Trump’s good side to maximise his odds for a favourable arms control deal as the President is distracted by impeachment and a re-election campaign.

Kim’s apparent restraint did not come without a cost. Pyongyang said it would continue developing its nuclear deterrent to counter US threats and warned of unveiling a “new strategic weapon.” North Korea also prepared itself for prolonged economic sanctions due to Washington’s “hostile policy” and stalled talks. Kim pointed at US–South Korea joint drills and Seoul’s procurement of modern weapons as the rationale for him to get rid of the self-imposed nuclear and long-range missile moratorium.

North Korea’s 2020 “New Way” in many aspects serves as a signal of continuity rather than a major change in policy. In the absence of the US relaxing its “all-or-nothing” demand, North Korea will not be granted any sanctions relief soon, and not bounded by any commitment to limit its nuclear and missile production.

The important questions to ask are why the North let its deadline lapse silently, and why it is still invested in diplomacy despite its threat to end negotiations by the end of 2019? The answer is simple. North Korea has no other choices but to stick to engagement. To lower what may be termed the audience costs, Kim has to present North Korea’s 2020 policy in general and ambiguous language.

North Korea cannot resume long-range missile testing at the moment for Kim’s self-declared moratorium helped him approach China and Russia, as well as to undermine the US “maximum pressure” campaign. China and Russia are putting pressure on the US to lift some United Nations sanctions. They also support Kim’s effort to blame the US for stalled denuclearisation talks. Beijing is also preparing to send food aid to North Korea, even though there is not a food crisis in the country.

With South Korea, Kim needs South Korea’s President Moon Jae-in’s help to put pressure on the US to relax its grip on inter-Korean joint economic projects, and to cancel military exercises. Moon has advocated inter-Korean reconciliation more than any of his liberal predecessors did, at the expense of his own ties with Washington. North Korea testing a nuclear device or a long-range missile would certainly throw a wrench into Moon’s peace process.

Moreover, Kim still wants to stay on Donald Trump’s good side to maximise his odds for a favourable arms control deal as the US President is distracted by impeachment and a re-election campaign.

North Korea’s structural restraints are filtered into the plenary meeting report in ambiguous language. As negotiations with the US remain murky and prospects for a breakthrough in inter-Korean relations are dim, Kim cannot commit himself to a specific course of action at the cost of his credibility.

Consequently, Kim did not directly disparage Trump or his southern counterpart Moon, even though he blamed the US and South Korea for the lack of progress. The absence of South Korea in the report does not mean that Kim has totally bypassed Moon, but rather Kim does not want to contradict his statement last year denouncing Moon’s role as a mediator and shut down his last chance of engagement with the US in case 2020 talks bear little fruit. By not mentioning the South, Kim keeps all of his options on the table in the New Year.

Moreover, the reference to a “new strategic weapon” and an end to the test moratorium is open to different interpretations and subject to US future attitudes. Like the end-of-year deadline, Kim never explicitly said North Korea would automatically resume nuclear or ICBM testing. Instead, he kept Washington preparing for the worst by signalling that North Koreans would tighten their belts to pursue a reliable nuclear deterrent. This way, Kim could increase his leverage and shift the blame for stalled talks onto Washington while not limiting his domestic and international leeway.

North Korea’s New Year message, though ambiguous, should be read from an optimistic viewpoint. The fact that Kim did not carry out any major provocations in the past weeks, contrary to earlier predictions, is a sign that there is still hope for negotiations and a revamp of inter-Korean relations in 2020. Regardless of Kim’s threat to resume testing, the moratorium holds as long as Kim wants. Trump needs to realise this opportunity to limit North Korea’s nuclear capability before it is too late.