He has spoken so favourably of Kim Jong-un that Moon has been criticised for acting as North Korea’s foreign minister. 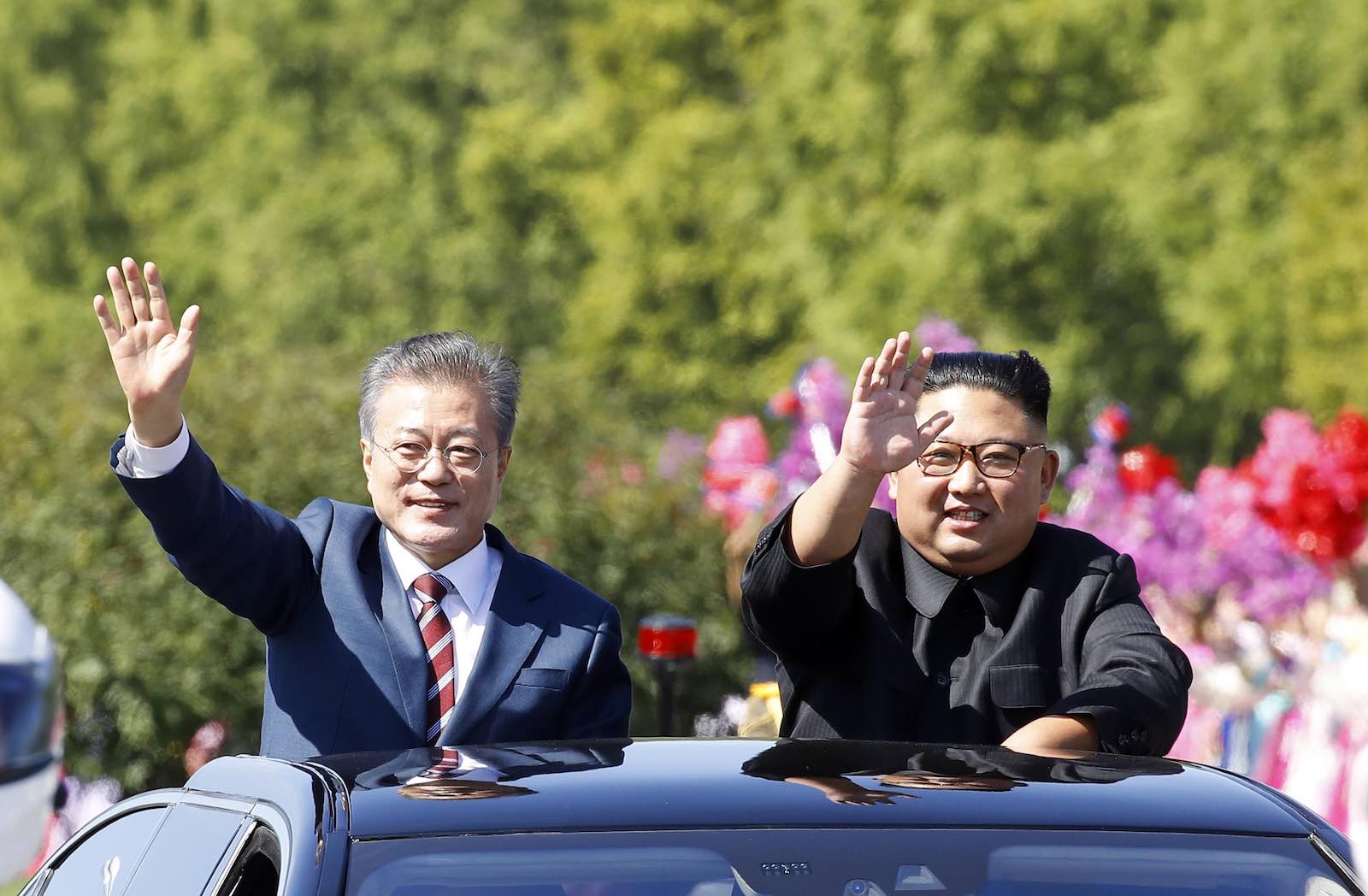 South Korean President Moon Jae-in is changing South Korean foreign policy. He has allowed Seoul’s relationship with the United States and Japan to deteriorate while betting heavily that North Korea would embrace his détente effort. This risks isolating South Korea, and the conservative pushback here in Seoul against Moon’s left-dovish foreign policy initiatives has been vociferous.

Moon’s leftist coalition has long sought improved relations with North Korea. Unlike the South Korean right, which adheres to a tough, traditionalist anti-communism regarding the North, the left here is more nationalistic. It reads North Korea as a brother Korean state which has lost its way, radicalised by the horrific American bombing campaign during the war, US and UN sanctions, extreme isolation, and so on.

The core argument of Moon’s détente effort – like that of his liberal predecessors from 1998­ to 2008 – is that North Korea will temper its behaviour, or even become a partner to South Korea, if we bring it in from the cold. So the traditional approaches of sanctions and containment favoured by the US, Japan, and the South Korean right are actually making the problem worse. A U-turn is necessary, and Moon has pursued this vigorously. No South Korean president has ever been this dovish and solicitous of North Korea before. The South Korean right is filled with conspiracy theories that Moon is a pro-Pyongyang Marxist.

The flip side of this rapprochement with Pyongyang is drawing greater distance from the Americans and, especially, the Japanese. The contrast with the South Korean right is again quite sharp: the right here is quite pro-American and is willing to work with Japan while still debating thorny historical issues stemming from Japanese imperialism last century. On the left though, these are core issues. The American relationship is hotly debated, as the US is often blamed for supporting repressive dictators in pre-democratic South Korea. And there is sneaking suspicion that the US military presence here manipulates South Korean foreign policy, a neo-colonial critique one frequently sees in South Korean movies.

Regarding Japan, the left here is downright ideological. Rather than grudgingly cooperate over shared North Korean concerns, Moon’s coalition wants a confrontation with Japan over historical issues. Ideally détente with North Korea would improve the South’s position too. Both Koreas cooperating would more effectively pressure Tokyo over the war, and South Korea would not need Japanese assistance on intelligence gathering or anything else if intra-Korean peace were at hand.

Moon has spoken so favourably of Kim Jong-un, North Korea’s supreme leader, that he has been criticised for grovelling and acting as North Korea’s foreign minister.

For most of South Korea’s history, the left has been unable to pursue these goals. First, the dictatorship until 1987 obviously constrained these preferences. Since then, the popularity of the US alliance, combined with US hostility to this foreign policy program, has constrained Seoul. Moon is the first South Korean president to really push this re-orientation. He is South Korea’s third liberal president, but his two predecessors from 1998–2008 never went as far as Moon has.

Moon has also gambled on this détente effort to draw a much tougher line on Japan than his predecessors. He unilaterally withdrew South Korea from a pact it signed with Japan to resolve the “comfort women” issue, deeply alienating Tokyo and Washington and provoking debates about South Korean credibility. When Japan hit back with trade restrictions, Moon doubled down on ideology in language, which shocked almost everyone outside of the leftist milieu in South Korea.

Moon then withdrew South Korea from an intelligence-sharing pact with Japan – the General Security of Military Information Agreement (GSOMIA). GSOMIA allows South Korea and Japan to directly share information on North Korea, rather than trading through the US as a third party. The US has long wanted South Korea to do this, and Japan finds the pact valuable too. Curiously, Moon’s own government even admitted that value by using GSOMIA sharing several times in the months after Moon declared South Korea’s intention to leave.

At the same time, Moon openly resisted US President DonaldTrump’s demand for a much higher South Korean contribution to joint defence through the “Special Measures Agreement” (SMA), which governs ROK–US burden-sharing. Trump’s demand is indeed exorbitant, but a conservative South Korean president would likely have handled it more quietly and agreed to an increase. It is not clear at the moment if the Moon government will do the same.

In short, Moon has pushed a mini-revolution in ROK foreign policy. He has aggressively sought a breakthrough with the North, weathering conspiracy theories and accusations of appeasement to do so. Banking on that, Moon has taken a hard line on both Japan over GSOMIA and the US over SMA in the last few months.

This is a pretty heady, pretty risky mix. It leans heavily on an inter-Korean breakthrough to offset tougher relations with traditional allies who share South Korea’s values – democracy, pluralism, liberalism, markets. Relying on North Korea for anything is, of course, a gamble, and North Korea has, indeed, been unreliable throughout the recent détente. This, in turn, raised the costs of a tough line on GSOMIA and SMA, especially at the same time.

This is likely why Moon pulled back on GSOMIA in the end. At the last minute, South Korea did not, in fact, withdraw from GSOMIA. Moon likely realised that he was overextended: he was simultaneously tangling with the Americans and the Japanese – which was also activating deep conservative domestic resistance – while hoping for a breakthrough deal from the North which still has not come.

In the end, something had to give, and blinking on GSOMIA was likely deemed to be a tolerable concession to the Americans to improve South Korea’s position in the more important SMA fight.

Moon blinking over GSOMIA illustrates the tough bind of the leftist foreign policy reorientation sketched here. It assumes North Korea can be made into a reliable, good-faith partner; without that, Seoul is thrown back, once again, on the US and Japan. And there it is again today.