With Pyongyang ramping up its missile testing, it’s unclear whether they’re looking for a deal or a provocation. 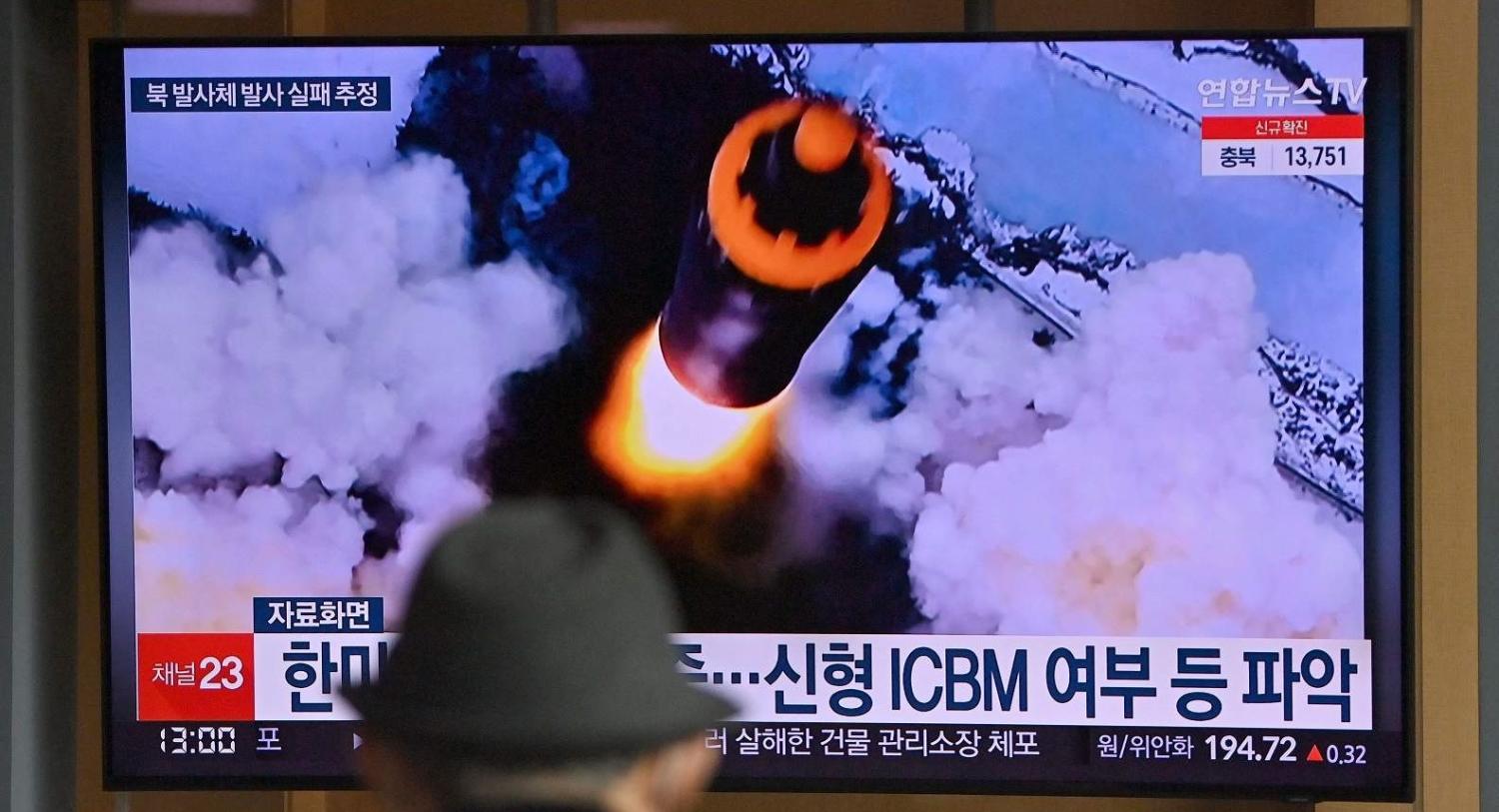 After North Korea conducted a spate of missile tests in January, it was argued that the country had ended its self-imposed 2018 moratorium on testing intercontinental ballistic missiles (ICBM) and possibly also nuclear weapons. Even the UN Secretary-General claimed that a test on 30 January had violated the moratorium, although the Hwasong-12 was only an intermediate-range missile with markedly lower distance capacity. However, one thing is certain: North Korea is measuring the limits of its moratorium. Ten days before the 30 January test, it had announced that instructions were issued to “reconsider” unilateral trust-building measures and “promptly examine” the issue of restarting all suspended activities.

Clearly, something is happening inside Pyongyang, but the language used by North Korea so far suggests it has made no decision on the party narrative.

In October last year, North Korea revealed a new ICBM, much larger than its previous two versions and at some point needing to be tested. The US Department of Defense argued that this very ICBM was used covertly as a launch vehicle in what North Korea declared was testing for military reconnaissance satellites on 27 February and 5 March. This, the US contended, must have been in preparation for a full test of the missile. The South Korean government by 14 March reportedly believed it could happen within days, which it did with another test on 16 March. But the launch failed, or was intentionally aborted, and no public information has yet been released on the type of “missile” used.

Clearly, something is happening inside Pyongyang, but the language used by North Korea so far suggests it has made no decision on the party narrative. In fact, it appears to signal that there is a volatility that may worsen in North Korea’s “preparation for a long-term confrontation with the US imperialists”. Any restoration of its nuclear test site or use of ICBM technology for launching satellites might be exactly that – preparations to conduct an actual ICBM test if no deal can be reached.

North Korea used the same approach in 2020 when it pressured South Korea to stop anti-North activists sending leaflets across the border. In May of that year, the North Korean leader’s sister Kim Yo-jong issued a statement that the action had to stop or it would prompt Pyongyang to take retaliatory steps. Indeed, North Korea took action two weeks later, televising the destruction of the Inter-Korean liaison office in Kaesong that had opened not even two years earlier. But this was only a symbolic retaliation as the office had not been in use for some time. The other options Kim Yo-jong had raised would have been painful for both sides: formally cancelling the inter-Korean economic project of the Kaesong Industrial Zone already dormant since 2016 or the September 2018 inter-Korean military agreement. Hours after the liaison office was destroyed, South Korea’s Ministry of Unification announced that legislation would be introduced to parliament to ban the anti-North leaflets, which likely led to Kim Jong-un a week later officially “suspending” plans for unspecified military actions targeting the South.

Finding a mutually agreeable compromise between the United States, South Korea and North Korea will not be easy and its framing as “concession” or “bait” will not help.

This sequence of events during 2020 looks surprisingly similar to North Korea’s behaviour this year. While the possibility was raised that the red line of an ICBM or nuclear test could be crossed, the leadership opted for a missile test just below that line on 30 January. But media reports have continuously stressed that an ICBM test is not a matter of if, but when. That the 80th birthday of Kim Jong-un’s father on 16 February passed without any provocative events was attributed to the country’s deference to China, which was hosting the Olympics that week. Now analysts look to the 110th birthday of his grandfather on 15 April. But there is also the 90th anniversary of the founding of the Korean People’s Revolutionary Army on 25 April, with other dates important to the North Korean leadership scattered throughout the year.

While precautions such as US Air Force spy planes sent on reconnaissance near North Korea in January, or B-52 bombers called to Guam on 16 February to show America’s “commitment to the region” might only marginally antagonise and not further escalate the situation, neglecting diplomatic solutions surely will do so. At least, this has been continuously stressed by North Korea. For US policymakers, this puts them in a tough position in which they need to break out of a cycle of provocations, sanctions and tests. Politicians might not be willing to look for a compromise when they believe it will be derailed even in its early stages by an ICBM test, while bureaucrats are less likely to propose diplomatic solutions or even consider them in these circumstances. Public opinion, too, may not favour compromise when it is shaped only by alarmist reporting.

Finding a mutually agreeable compromise between the United States and North Korea will not be easy and its framing as “concession” or “bait” will not help. Eventually, this approach might become a self-fulfilling prophecy where not talking ends in more conflict and the very thing both sides wanted to prevent. Maybe the West needs a high degree of tension to justify such a compromise. Hopefully, this time North Korea’s alleged strategy of provoking the United States into negotiations will work.

Unfortunately, the South cannot escape the North’s shadow. When the North falls apart, the world will look to South Korea to clean up the mess.
Daniel Flitton 4 Jan 2018 08:00

Highlights from The Interpreter on the challenge of North Korea.
Edward McCann 20 Sep 2021 20:00

The Canadian PM pivoted towards the Asia-Pacific, but has struggled to find tangible success.