New foreign investment rules, nuisance tariffs and supply chains are all under scrutiny by the Productivity Commission. 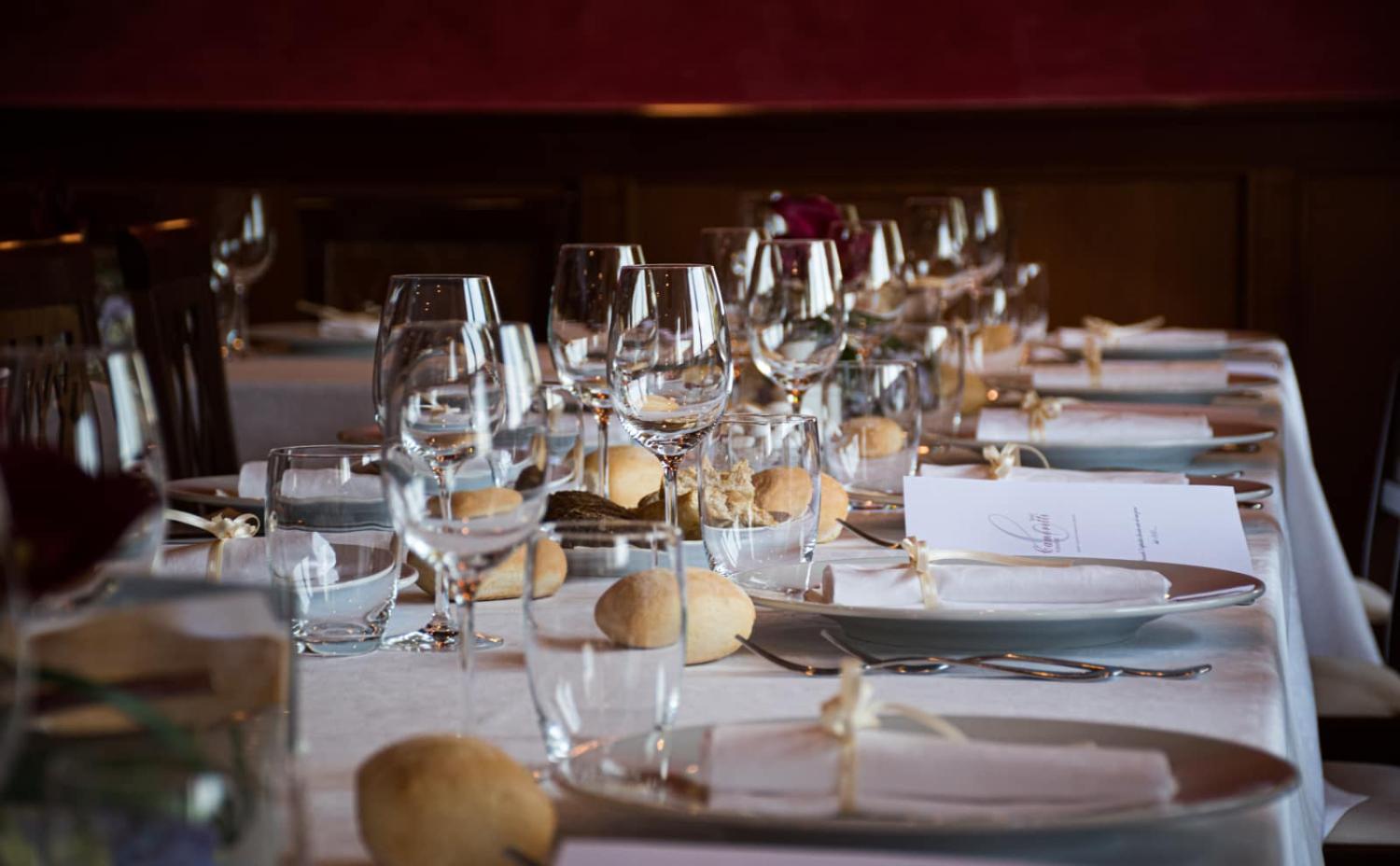 Here’s an interesting context for considering whether the Australian government struck the right balance in development aid last year by spending more money buying a regional mobile phone company than it spent globally on health in a pandemic.

Comparing the US$1.33 billion support for Telstra’s purchase of Digicel Pacific with the $1.124 billion (up from around $700 million pre-pandemic) spent on health aid is, of course, not a strict like-for-like calculation. But as the Productivity Commission notes in a new report, smartphones are now much more ubiquitous round the world than flushing toilets. So perhaps there might be more strategic leverage for Australia in backing the new technology option in its aid choices.

Or perhaps not. The United Nations Sustainable Development Goals suggest 1000 children a day die from preventable water and sanitation-related diarrheal diseases. Meanwhile, some economists think modern information technology is delivering less of an economic efficiency dividend than older infrastructure breakthroughs such as electricity.

This research only reinforces the reality that trade negotiations have moved well beyond import restrictions on goods.

This comparison is inspired by the Productivity Commission’s release of the first stage of its five-year inquiry into improving the functioning of the Australian economy. The inquiry is mainly about domestic efficiency and innovation. But a more productive domestic economy has a big bearing on the financial capacity of the government to spend more on external security, from defence to aid.

And the Productivity Commission has a little recognised record of shining a light on the opaque corners of international engagement everywhere from defence procurement to trade negotiations. And last week, three separate reports continued this.

As the new Albanese government moves to secure its own trade deal legacy from the last remaining opportunities in Europe and India, the Productivity Commission has tried to reframe Australia’s century-old tariff debate. In a special research paper, it says that previous trade deals have meant a decline in once ubiquitous tariffs on imported goods to around an average 5 per cent levy on about 10 per cent of imports, which raises only about $1.5 billion in revenue each year or 0.3 per cent of federal revenue.

As a result, the old arguments about tariffs causing significant distortions to the economy pursued by the Productivity Commission’s forerunner agencies since the 1960s are no longer valid. Instead, the new argument is that tariffs are becoming relatively more expensive to collect for government and manage for business for little revenue gain.

When Labor manages to clean up the last significant bilateral “free” trade deals, this cost ratio will only increase. Productivity Commission research suggests the administrative and compliance cost per dollar of revenue for government and business is already between 59 cents and $1.57. But the implementation of agreements with Britain, India and Europe will slash revenue by a third and thus raise the cost of it to as high as $4.81 per revenue dollar.

In the end, consumers of imported goods are bearing these costs in the form of higher prices. They may also be bearing the cost again in a secondary sense as taxpayers if the so-called nuisance tariffs are actually a net cost to government.

This research only reinforces the reality that trade negotiations have moved well beyond import restrictions on goods. But it will be interesting to see whether the Albanese government accepts the logic of this research when it is so highly focused on relying on new forms of foreign tax revenue as a key source of money to rein in the budget deficit.

To tariff or not

The real cost of tariffs is not the sort of thing that trade negotiators or politicians like to highlight when they talk up the benefits from new bilateral deals.

Nevertheless, it needs to be acknowledged that tariff negotiations even over the typically lower rates these days might still provide a form of ice-breaker for the tougher and more economically significant wrangling about new trade issues such as common standards, competition rules and local content.

Building on the tariff research in its annual review of trade assistance, the Productivity Commission concedes the need for a better understanding of the role that tariffs might still play as leverage in the various opaque phases of negotiations. For example, the previous government emphasised that tariff reductions played a big role in opening the way to the broader liberalisations in the British trade deal. However, the Commission argues that it is increasingly common for countries to negotiate new or revamped trade deals without using tariffs as negotiating levers. It points out how Australia now uses its foreign investment regime as a carrot for other countries in trade negotiations with a lower screening threshold for countries that sign a deal. And retreating to old basics, it argues:

Australia’s experiences in the 1980s and 1990s have shown that unilateral tariff reductions make an overwhelmingly positive and material contribution to the domestic economy, without preventing Australia from participating in both multilateral and bilateral trade agreements.

The price of security

Australia’s de facto crackdown on Chinese investment under the guise of new Covid-era foreign investment rules was again raised as a grievance during the appearance by China’s Ambassador Xiao Qian at the National Press Club this week.

Pointing to limits on companies including Huawei, he rather stridently argued: “That’s a huge disruption to the normal business relations between our two countries. And these actions have been sending very negative messages to the people in China and they’re not happy, to be honest.”

But the Productivity Commission’s annual review of trade and assistance has taken a more dispassionate approach to the little reported tightening of investment rules that began in 2020, concluding it will still take some time to assess the impact.

It seems reasonable to expect that these changes will alter, at least at the margin, the overall value and/or composition of inbound investment over future years, relative to what otherwise would have been the case.

In 2020, the Morrison government led the world in requiring the approval of all foreign investment in a bid to head off panic sales to opportunistic foreigners as the pandemic hit. Then it revamped this hasty action with a substantial broadening of the national security test and retrospective powers for the Treasurer to undo foreign investments.

When some politicians are prone to making comparisons with the 1930s in terms of strategic uncertainty, the Productivity Commission warns of a parallel between the “fortress Australia” period on inward economic policies in the 1960s.

Australia’s historic dependence on foreign investment actually shifted significantly in 2013, when it became a net exporter of equity investment, although it remains a net importer when debt is taken into account. But the bigger picture issue here is whether the major tightening of the way foreign investment is assessed will be a disincentive to what is a key source of new ideas that can help end the recent slump in productivity growth. As the Productivity Commission puts this:

And just as the Albanese government has imposed its own doubling of fees on foreign investors to boost its budget revenue, the Productivity Commission has calculated that in 2020–21 foreign investors were charged $85.6 million in fees for investment application services from the Treasury, the Australian Taxation Office and the Foreign Investment Review Board, which actually cost only $36.1 million.

International trade and investment slots into the Commission’s matrix for improving productivity growth alongside openness to foreign workers as forces for increasing the diversity of the economy.

Its interim report The Key to Prosperity says that lingering pandemic-related constraints on the movement of goods, capital and people will potentially impede productivity growth at a time when it has already been slowing for two decades and thus narrowing the options for overall economic growth.

And as the Albanese government backs more support for domestic manufacturing, the Productivity Commission warns that “building supply chain resilience (and redundancy) might be attractive to some firms, but will almost certainly increase costs, and prices faced by consumers.”

At a time when some politicians are prone to making comparisons with the 1930s in terms of strategic uncertainty, the Productivity Commission warns of a parallel between the “fortress Australia” period of inward economic policies in the 1960s and today’s momentum towards reshoring.

It provides an important lesson in the economic (and cultural) costs of turning inwards, which is relevant in a world where external threats – threats to national and cyber security, critical supply chains to name a few – seem to abound. Chief among these costs are that it can create powerful, often mutually reinforcing, avenues for rent seeking that are difficult to unwind once created.

This is an interesting contribution to the debate about defining national security when Defence Minister Richard Marles and his predecessors seem to be tilting more towards purchasing a new submarine fleet from a foreign supplier. That would tend to reverse fortress Australia thinking by pursuing a faster, cheaper route to defence acquisition over building national manufacturing capacity.

Pakistan’s economic prospects are clouded by the precarious future of its most critical asset - its young people.
Wu Shang-Su 18 Nov 2020 06:00