I was twice an enemy to al-Qaeda’s leader, both near and far. His influence in seeding militant Islamists was profound. 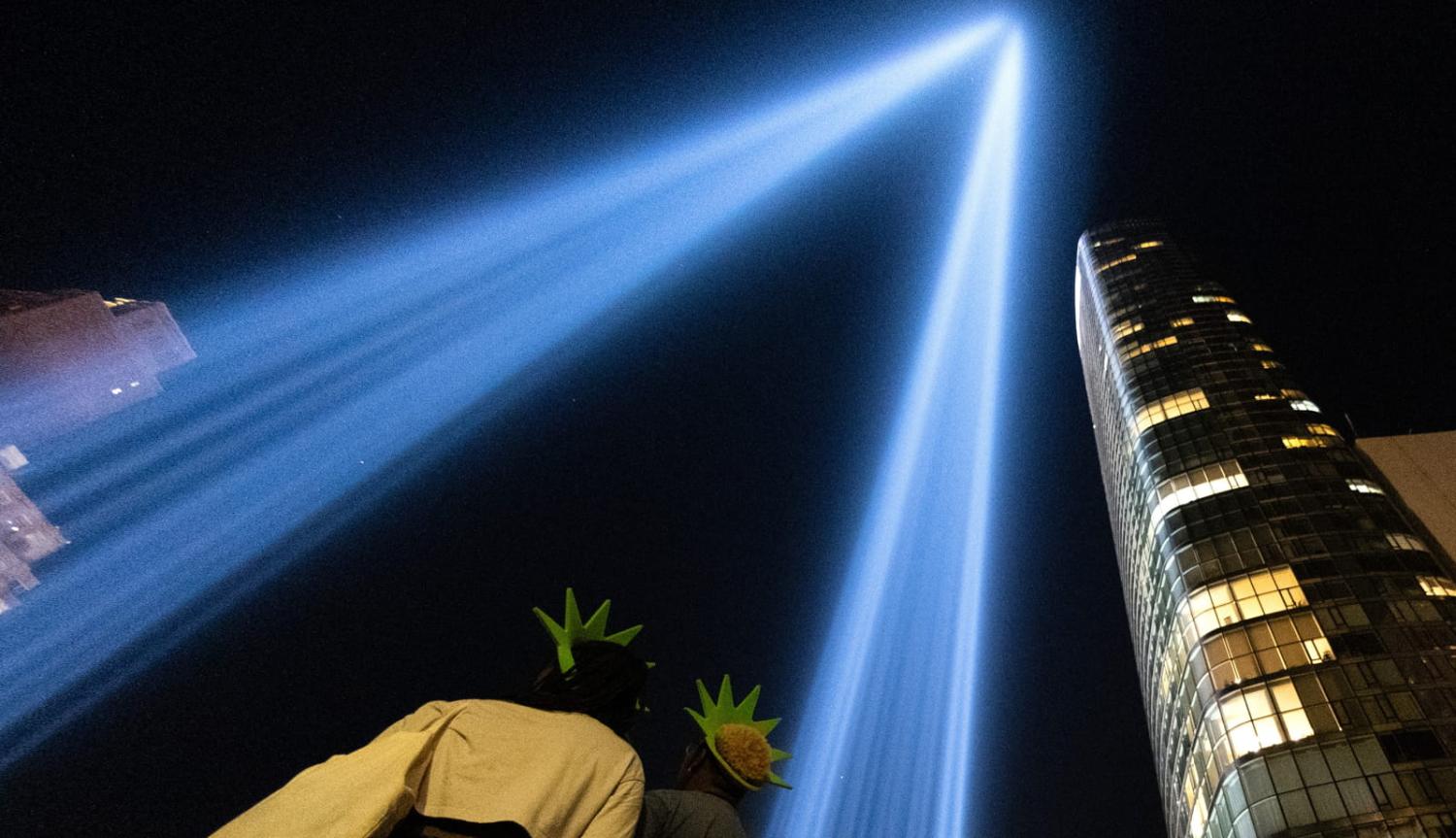 News that al-Qaeda leader Ayman al-Zawahiri was killed last week by US precision drone strike caught me by surprise. Zawahiri has been a fixture of the jihadist scene for decades, surviving imprisonment, torture, war and life on the lam with a US$25 million bounty on his head. It was widely believed that Zawahiri was gravely ill. I honestly thought he would cark it before he was ever killed or captured.

His death spurred a flurry of analysis and debate about what his presence in Kabul reveals about Zawahiri’s influence and what’s next for al-Qaeda.

For me, Zawahiri imparted a very personal legacy.

Zawahiri grew up and lived in the same suburb of Cairo as my mother’s family – Maadi. At that time, Maadi was a quiet suburb away from the hustle and bustle of central and Old Cairo. It was where I was born and spent my early childhood, and I often visited in the 1980s and 1990s after my family migrated to America. It was also where Zawahiri first clandestinely organised and began his militant jihad. Why my family left Maadi and immigrated to the United States had a lot to do with the then burgeoning Islamist militancy in Egypt that Zawahiri helped create.

To understand why, we have to go back a few decades to the Egyptian revolution of 1952 and Egypt under Gamal Abdel Nasser. Nasser, a nationalist and anti-colonialist, was Egypt’s first indigenous leader after thousands of years of foreign rule. But he was also a ruthless dictator who cultivated a cult of personality, entrenched the dominance of the military in Egyptian affairs, and crushed any political activism that threatened his rule – especially that of the Muslim Brotherhood, Egypt’s oldest and most influential Islamist organisation. The Muslim Brotherhood, who had first helped Nasser overthrow the British-supported monarchy of King Farouk, later in 1954 attempted to assassinate him, realising that Nasser’s vision for a secular nationalist Egypt clashed with their objective of Islamist governance.

Nasser banned the Muslim Brotherhood and executed Sayed Qutb, the movement’s leading Islamist intellectual, whose ideas helped form the ideology behind Salafi jihadism. Nasser thought that would put an end to Islamist activism in Egypt. But Islamist militancy would later remerge under Nasser’s successor, Anwar Sadat.

Sadat had at first acquiesced to Islamists in a bid to shore up his political standing. Unable to effectively manipulate the forces he had unleashed, they would soon be responsible for his demise. Unlike the earlier attempt on Nasser, Islamist militants successfully assassinated Sadat in 1981 during a military parade.

Zawahiri and many other extremist Islamists deliberately grew sectarian fissures in Egypt to serve their political and ideological agenda.

Zawahiri was both deeply influenced by these events and a key figure in them. He was enmeshed in the Egyptian militant Islamist scene from its early days. Frustrated with the Muslim Brotherhood’s chastened, incremental approach after the failed assassination attempt against Nasser, he agitated for and engaged in militancy. Zawahiri was imprisoned and tortured for his suspected role in the assassination of Sadat and was a leading figure of the Egyptian Islamic Jihad movement – a group that would later combine with Osama bin Laden and form the backbone of al-Qaeda.

After Sadat’s assassination, Zawahiri and many other extremist Islamists were eventually killed, imprisoned or driven out of Egypt. But before they were, they deliberately grew sectarian fissures in Egypt to serve their political and ideological agenda. They influenced Egyptian society in a way that made it untenable for our family and many like us to remain – a family from a religious minority, Copts, that was vilified by Islamists like Zawahiri and his ilk – and risk violence when we would return to visit.

Muslim neighbours with whom we were formerly close became estranged the more they became influenced by this ideology. When my family would go back and visit Egypt in the 1990s – at the time a high-water mark for jihadist attacks in Egypt, often the work of Zawahiri’s Egyptian Islamic Jihad – there were certain areas in Maadi, Cairo and other parts of Egypt that became no-go zones.

Long before Islamic State was to target Middle Eastern Christians, Zawahiri and Egyptian Islamic Jihad (and its related organisation Jamaat al-Islamiyya) used this tactic. Discrimination and violence against Copts increased as they became proxy targets of jihadists and Islamists in their attempts to destabilise the Egyptian state. Many of my family members and friends were discriminated against, physically harmed and even killed.

When we talk about al-Qaeda targeting the “near enemy” and the “far enemy”, it was not only a strategic imperative for al-Qaeda. It had, and has, personal ramifications for many of us. I was impacted by both formulations of Zawahiri’s enemy targets.

When Zawahiri focused on the “near enemy”, it meant our suburb of Maadi, my country of birth, the one we left because of sectarian tensions cultivated by violent Islamists like him. Before al-Qaeda unleashed its violence on the world, it first did so via its precursor organisation in Egypt.

There would be no al-Qaeda without Zawahiri.

When Zawahiri later set sights on the “far enemy”, it was our adopted country of the United States, the place we went to escape those realities, that became the target. I saw and felt the impacts of how each – the United States/West as well as Egypt/Middle East – responded to the jihadist provocation in ways that had massive, detrimental blowback against their own societies.

For one, it led to growing polarisation and Islamophobia in our new home. Now it was our Muslim friends and neighbours, who were generally viewed as an unremarkable if maybe exotic minority group to most Americans, who suddenly became harbingers of danger. They then faced instances of shunning, intolerance and injustices – same as our family and religious minorities did in Egypt.

Zawahiri’s legacy is complicated. Many dismissed him as old, uncharismatic, unfit and unable to lead al-Qaeda after the death of bin Laden – allowing room for the rise of Islamic State that proved more violent and destabilising. He did not achieve the goal of a global caliphate, but in triggering the “global war on terror” by attacking the far enemy, he seriously weakened the United States, at home via reduced trust in institutions and democracy and growing polarisation, as well as its global standing.

There would be no al-Qaeda without Zawahiri. Zawahiri was a “man of history”, not the type to be celebrated, but one whose actions had enormous impact geopolitically, and for many of us, personally.

Previous Article
Economic diplomacy: No free lunches for national security
Next Article
India and Russia: friends for a reason, friends for a season

<p>From Bollywood to cricket heroes, stars can do much more than simply encourage people to vote.</p>
Michael Beltran 13 Jul 2020 10:00

A modernisation plan and now Covid-19 threaten a vivid cultural symbol and the livelihoods that go with it.
Madeleine Randell 4 Feb 2019 15:30