Delhi plays a delicate balancing act between self-interest and historical friendship. And it’s all about oil and gas. 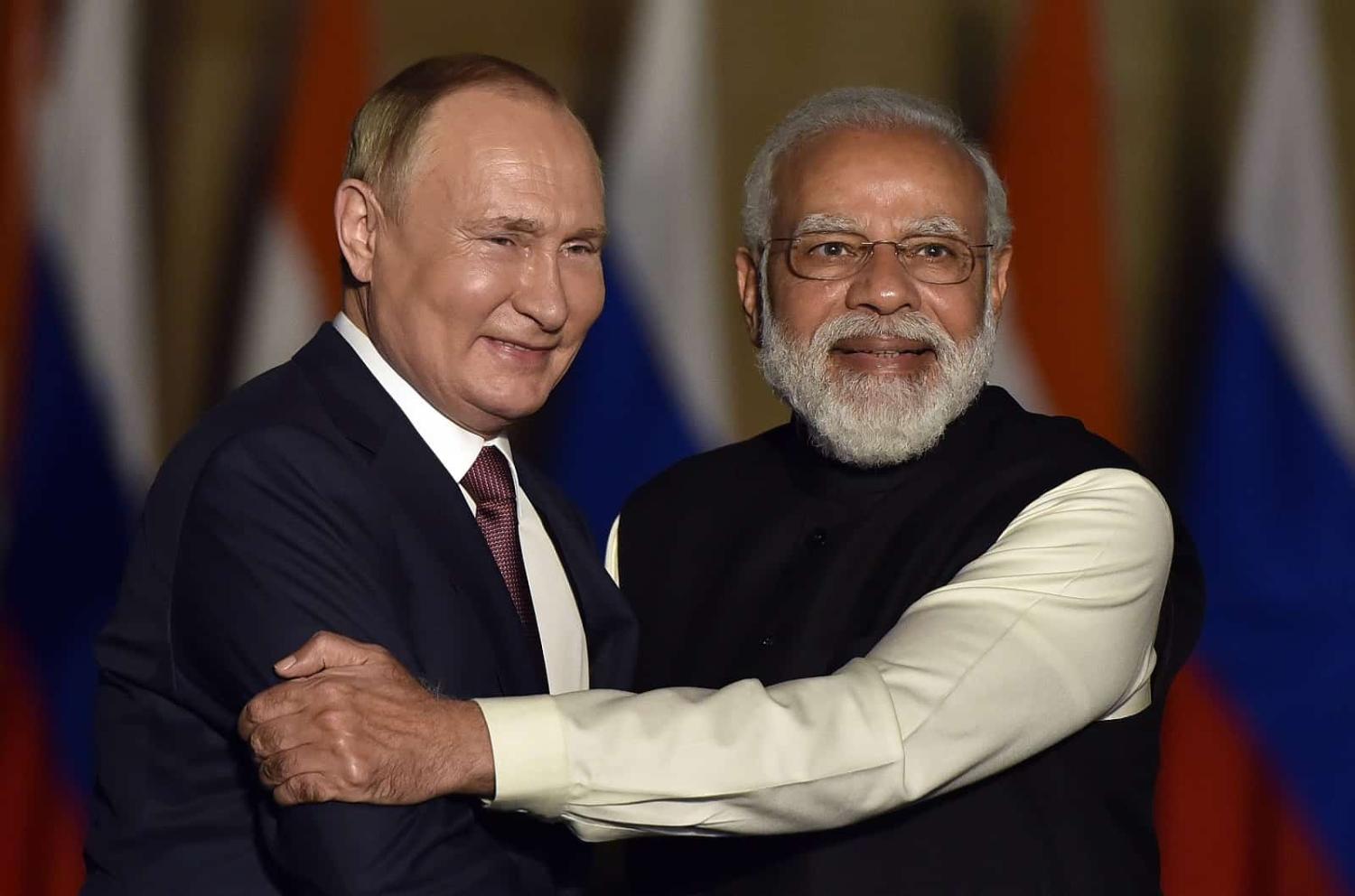 If your friend’s friend is an enemy, does that make your friend a frenemy? In the milieu of Mean Girls, it most certainly does. In the context of efforts to cast Russia as a global pariah, the West is finding its limits with some nations stubbornly insisting on keeping their other relationships buoyant, even if there’s a cost. India, in particular, has insisted on neutrality to allow it to keep trading with Russia, and, after much effort to convince Delhi otherwise, the West has given way.

India, along with China, has been buying up Russia’s cheap oil to the tune of one million barrels per day.

At issue is India’s continuing economic relationship with Moscow, particularly around booming oil purchases and now fertiliser sales. The United States and its allies’ “burn book” sanctions regime insists that countries work to isolate Russia in protest over President Vladimir Putin’s war in Ukraine. But in an anarchic world order, impelling partners to do your bidding is tricky business, and India has been increasingly showing its independent streak.

India, along with China, has been buying up Russia’s cheap oil to the tune of one million barrels per day. The oil is directed towards its ever-thirsty domestic market – but also its own exports of refined products such as petroleum and diesel, which are very nice earners indeed. Meanwhile, fertiliser trade is also rising, with India importing 7.74 million tonnes of Russian fertiliser in April–June.

With many other buyers stepping away from Russia or reducing their purchases, India and China are now being purposefully linked to the war in Ukraine, described as the war’s financial backers.

It’s a description that India has already lashed out over, with Foreign Minister S. Jaishankar in June insisting that India was merely looking out for itself and was being unfairly targeted given that European countries were continuing to buy Russian gas, and limits on oil markets such as Iran and Venezuela were limiting access to oil reserves. “Is buying Russian gas not funding the war?” said Jaishankar, referring to European gas purchases. “It’s only Indian money and oil coming to India that funds it, but not the gas coming to Europe? Let’s be a little even-handed here.” His tone of defensiveness, verging on belligerence, was notable.

Prices for Russia’s oil exports sank earlier this year but are now on the rebound, thanks to the strong demand from India and China – now the top buyers.

India’s move to capture Russian oil cheaply is a bold and opportunistic one. Despite a general acceptance that the world will never really be able to stop trading with Russia, there have been plans put in place by the European Union, the United Kingdom and the United States to phase out imports of Russian oil, as well as limit gas and coal. But with a heavy dependence on these energy sources – the European Union relies on Russian gas for about 40 per cent of its gas needs – it is fairly clear that the sanctions can’t really be stringently enforced.

Prices for Russia’s oil exports sank earlier this year but are now on the rebound, thanks to the strong demand from India and China – now the top buyers. At the same time, economic sanctions are easing as the West realises that falling into line won’t happen easily – even among themselves.

It could well be considered a win for India. Confident, unwavering and unwilling to kowtow to Western demands – however morally reasonable they are – and shameless in operating in total self-interest. It might even be considered a signpost on India’s path towards great power status.

But warning bells sound. India is meant to be an ally (small a) in the quest to ensure a rules-based order exists in the Indo-Pacific. How can it be legitimately considered one, given it is helping prop up the economy of a murderous regime? Its move to capitalise on cheap oil hasn’t just put it at odds with major powers, it has put it in proximity to China and Pakistan – both of which India sees as enduring threats. Detaching from your gang of friends – in this case, the Quad, the United Kingdom and the European Union – in favour of hanging out with your enemies is a peculiar move, but such is the reality of pursuing an unaligned stance.

India is growing in importance as a strategic partner across the globe. But its conception of itself as a great-power-in-waiting and its current level of power should not obscure the fact that, as is almost always the case, self-interest comes first, despite its participation in fresh partnerships. Tempering expectations and treating the relationship with caution is the way to go. As they say, keep your friends close and your frenemies on a long, stretchy leash.

Ankara and Moscow are in an unusual power play where the Kremlin turns a blind eye to actions that aid its adversaries.
Philip Citowicki 26 May 2022 13:00

The film makes us think about the way in which civilisational differences can lead to new forms of artistic expression.