Labor faces a dilemma over nuclear-powered subs and the non-proliferation regime. An old partner might offer an answer. 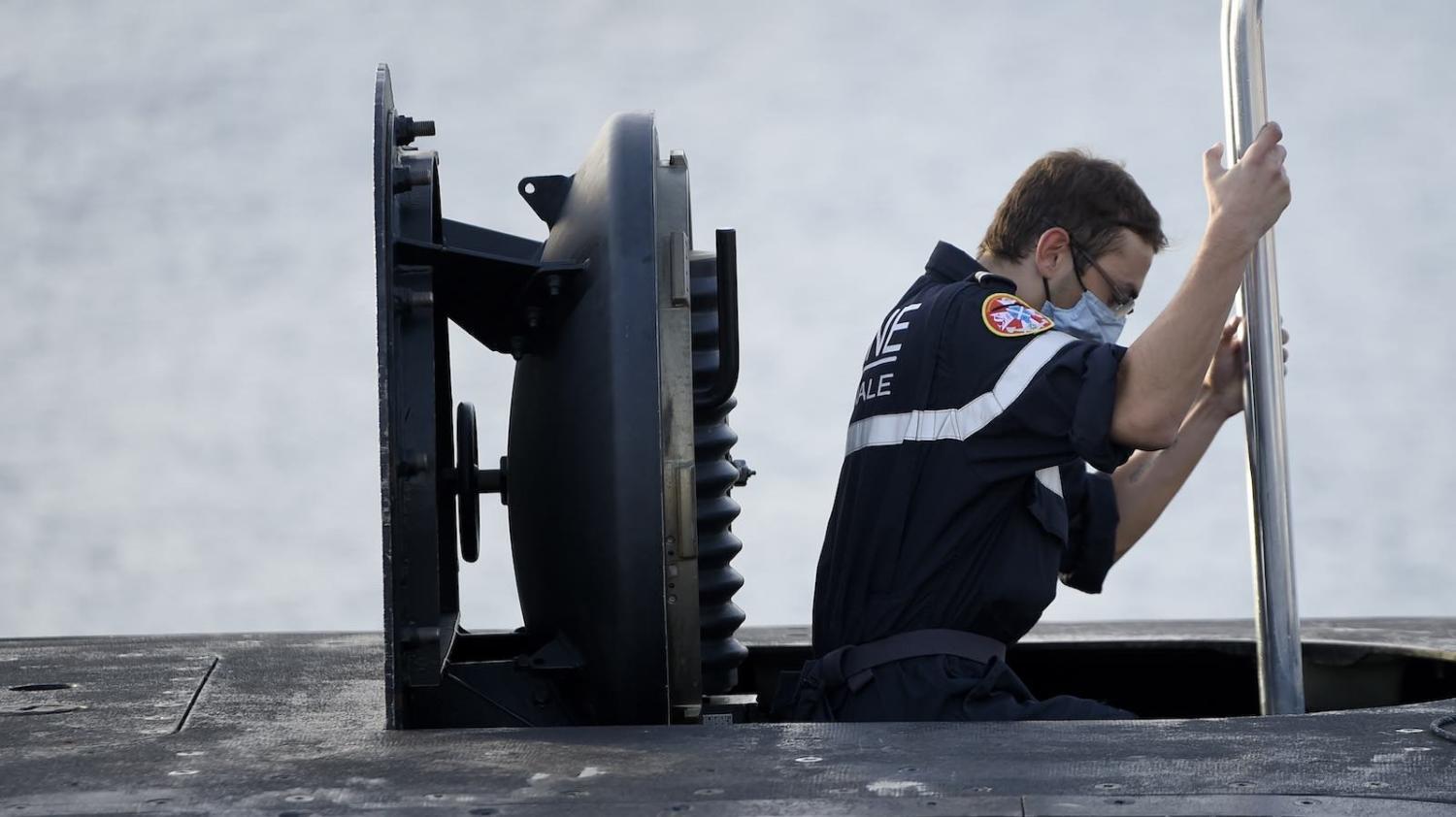 However, Albanese also knows that buying submarines fuelled with tonnes of highly enriched uranium (HEU) – enough for hundreds of nuclear weapons – would wreck the non-proliferation regime that his party has long supported. As the UN’s watchdog agency explained last year, Australia would be “taking material away from inspectors for some time – and we are talking about highly, very highly enriched uranium.” The agency cannot say so publicly, but this means it could not detect diversion quickly enough to prevent proliferation.

US and UK submarines use uranium fuel enriched to 93 percent, identical to that in their nuclear weapons. Australia would be the first country without nuclear weapons to acquire nuclear submarines, but Iran already has cited AUKUS as justification for its own production of HEU ostensibly for naval purposes. More countries will follow.

Albanese has three possible ways out.

First, after conducting a formal review, his government could determine that conventional rather than nuclear submarines would better protect Australia’s national security. Conventional submarines not only can be quieter but are less expensive, so Australia could buy more of them, thereby enhancing coastal defence. Although conventional submarines cannot stealthily cruise to the South China sea, the Prime Minister could cite that as a feature not a bug, since it would avoid gratuitously antagonising a nuclear-armed superpower. Domestic opponents, however, might accuse Albanese of flip-flopping on AUKUS or undermining defence-in-depth.

A second option would be to ask the United States for nuclear submarines fuelled with low-enriched uranium (LEU), which is unsuitable for nuclear weapons. If Australia pursued this LEU option, and continued to eschew domestic enrichment of uranium and reprocessing of spent nuclear fuel, it could eliminate the proliferation risk from its nuclear submarines – thereby setting an exemplary precedent for other countries.

China and France use only LEU fuel in their nuclear submarines, and the United States has funded research and development of LEU fuel for its own Navy every year since 2016, when the Obama administration submitted a report to Congress declaring that such fuel might work. Last month, a Congressional committee approved an eighth straight year of funding for the program. Biden administration officials told me last month that Australia and the United States have recently discussed the LEU option and that the US government is contemplating whether LEU fuel is feasible for AUKUS submarines. However, the US government cannot yet tell Australia if or when it could supply LEU submarines.

I travelled to Paris last month to ask French government and industry officials about the technical and political feasibility of France selling LEU-fuelled nuclear attack submarines to Australia. Technically, it appears that France not only could provide Australia with LEU submarines but could do so faster than the US or UK could supply HEU versions. France has a single production line for nuclear submarines, which is currently dedicated to producing the country’s entire Barracuda-class of attack submarines by 2032. After that, France plans to convert the line to produce its next-generation of ballistic-missile submarines, already in final design.

However, if Australia and France reached agreement, this line conceivably could instead continue to produce attack submarines, for Australia, with the first arriving around 2035. That would be a decade earlier than Australia’s Defence Minister Richard Marles recently predicted that the United States could provide a first nuclear submarine to Australia, in the mid-2040s. The UK option likely would be even slower because the Royal Navy has decided to truncate production of its current Astute-class nuclear attack submarine due to reactor safety issues, and does not anticipate producing its next class of attack submarines even for itself until around mid-century.

Under a contract with France, Australia could share in construction because French nuclear submarines are produced in modules that are subsequently welded together. This would help satisfy Australian political concerns about support for local industry, and the simultaneous manufacture of separate modules in each country would expedite production. France has extensive experience with such joint production of submarines – manufacturing conventional models with Brazil, Chile, India, and Malaysia – whereas the United States never has attempted it.

French submarines are equipped with refuelling hatches, so the time needed to remove the used fuel and insert fresh fuel is only about a week.

France also could incorporate the US combat management system, produced by Lockheed, into LEU submarines for Australia to facilitate interoperability with the US military. Indeed, France previously had agreed to do so for conventional submarines under the deal abandoned by Morrison, but it would be easier with nuclear submarines since the combat system is designed to use the higher level of power provided by a nuclear reactor.

One difference with France’s LEU submarines is that they require refuelling each decade, unlike US submarines that contain enough HEU fuel for the 30-year life of the ship. However, such refuelling would cause little inconvenience and no proliferation risk or industrial burden for Australia, since France could perform the work at Toulon as it does for its own attack submarines. French submarines are equipped with refuelling hatches, so the time needed to remove the used fuel and insert fresh fuel is only about a week. Preparatory work, including removing the reactor’s steam generator, lengthens the process to as long as four months. Australia’s submarines would also need to transit from the Pacific to France and back, adding another two months.

Thus, refuelling would require Australian submarines to be out of service for about six months every ten years. That downtime would be relatively minimal compared to the midlife maintenance that all submarines undergo, including US ones, typically requiring at least two years. Nor would reliance on French refuelling reduce the “sovereignty” of Australian submarines, as some claim, any more than relying on US software updates for the combat system or US hardware upgrades for mid-life maintenance.

Of course, a prospective French deal would need to overcome some hurdles – political, bureaucratic, legal, and financial. The French government never has exported, or even permitted formal negotiations to export, the nuclear submarine technology it considers a crown jewel of its military. Exporting nuclear submarines would require a high level of bilateral trust, which Morrison shattered and Albanese would need to rebuild.

Incorporating the US combat system would also expose signatures of French nuclear submarines to the US military, so Paris and Washington would need to repair their own AUKUS-induced rift. The French Navy also might be reluctant to delay construction of its next-generation ballistic-missile submarines just to co-produce Australian attack submarines, which could prompt calls for construction of a second production line entailing significant capital costs that Australia might need to help finance.

Both the US and France generally refuse to take back other countries’ radioactive spent fuel, which is typically illegal and always politically unpopular.

France and Australia also would need to address legal issues, such as which country would regulate reactor safety, assume liability risks, bear responsibility for repairs, provide nuclear training to personnel, take title to the fresh fuel, and pay for infrastructure to handle the used fuel that is highly radioactive. AUKUS submarines would face similar challenges.

One difference might be the long-term disposition of radioactive waste. Both the US and France generally refuse to take back other countries’ radioactive spent fuel, which is typically illegal and always politically unpopular. Unless the US enacted an exception, Australia under AUKUS would need to dispose domestically of the tonnes of radioactive spent nuclear fuel removed from the submarines after 30 years. By contrast, France intends to reprocess used naval fuel to concentrate the high-level radioactivity, so Australia would receive a smaller volume and mass of nuclear waste, as it does when its spent fuel from the Lucas Heights research reactors is reprocessed in Europe. Interestingly, the French Navy has not yet started reprocessing its own spent fuel, so Australia might not have to take back its radioactive naval waste from France for a long time.

Albanese recently reiterated his commitment to the AUKUS deal, which entails broad trilateral military cooperation to enhance Australia’s security. However, that does not preclude complementary arrangements with other longstanding allies, and this month France and Australia pledged to “forge a new defence relationship” to “intensify security co-operation.” If the US and UK inform Australia that they cannot provide submarines fuelled with low-enriched uranium, but Albanese seeks a nuclear Navy that avoids fostering proliferation, his only alternative would be French LEU submarines. He could call it “AUKUS+1.”

Previous Article
What Vietnam can learn from Thailand’s fight against illegal fishing
Next Article
Economic diplomacy: The Pacific beats ASEAN for nervous investors

How the ABC can avoid tuning out the Pacific

When it comes to a comparison of economic performance, Australia comes out ahead of Canada.
Peter Layton 3 Dec 2021 06:00