How can Australia reset relations with China?

Two past PMs offer their perspective on a diplomatic breakdown and how to put the pieces back together. 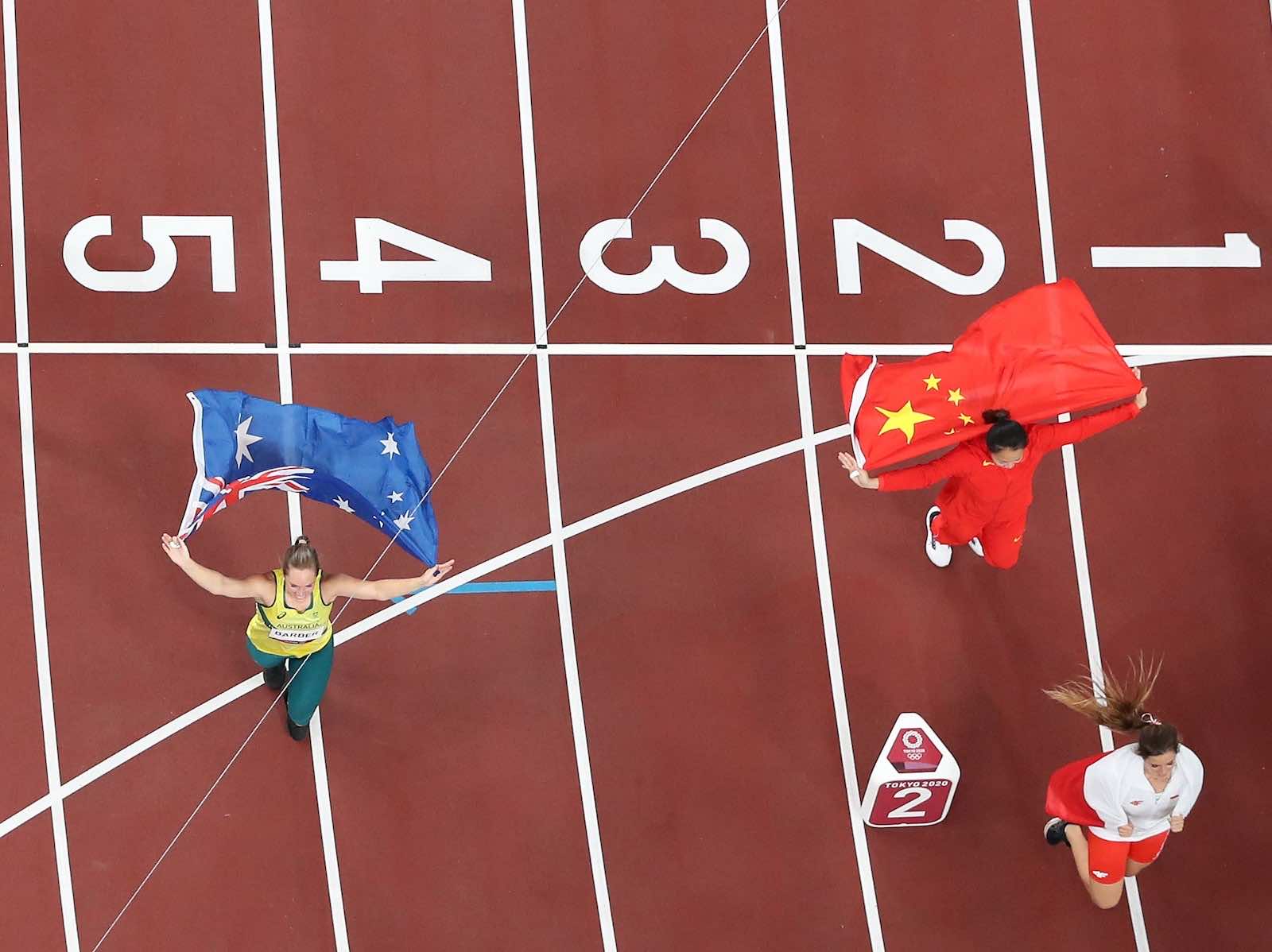 Australia-China relations appear caught in a well-charted downward spiral. In the past year alone both countries have lodged complaints against the other with the World Trade Organisation and a freeze on high-level diplomatic relations remains in place. China has slapped tariffs on key Australian exports, while the chattering classes have unhelpfully stoked fears of a regional war.

Canberra needs a new pathway to navigate an increasingly complex relationship. Even with trade sanctions, China remains Australia’s biggest trade partner. But China will also continue to rise in military and economic power in the contested Asian region.

So what can Australia do – if anything – to reset the relationship?

Recognising that the sharp bilateral tension of the past year hasn’t sprung from nowhere, it’s useful to gain perspective from key players who have previously had a hand on the levers of power. So at a La Trobe University event on Tuesday evening, former prime ministers Malcolm Turnbull and Kevin Rudd offered their assessment of why the relationship had soured and what chance there might be for a recalibration.

First, to look to China. Rudd argued that since 2012, under President Xi Jinping’s leadership, China’s domestic and economic policy has shifted away from the private sector and closer to the Chinese Communist Party. This, coupled with a resurgent Chinese nationalism, has led to an increasingly assertive approach to regional and global affairs aimed at protecting its national values and interests.

Turnbull also laid the blame for the deterioration at the feet of the “assertive and aggressive” policy under Xi, singling out China’s massive military build up, its defiance of international law, and its mostly counter-productive “wolf warrior” approach to diplomacy.

The strategic competition that now defines relations between China and America also has implications for Australia, particularly as both former leaders strongly advocated Australia’s alliance relationship with the United States. Growing tensions among the great powers in maritime disputes and over Taiwan have the potential to draw Australia into regional disputes. These tensions are not limited to security policy, but also include other foreign policy issues such as human rights and the international economic policy settings of trade, investment and technology.

As Turnbull would have it, from “Australia’s point of view you cannot win”, creating issues for just how much Canberra can do in order to reset this crucial relationship without compromising its own interests. The main weaknesses he identified in Australia’s current approach or strategy towards China related largely to tone and rhetoric, and the use of the China threat in efforts to win domestic political advantage. Turnbull expressed concern that stoking fears of China – and conflating the CCP with the Chinese community ­­– could harm social cohesion and multiculturalism in Australia. And Rudd, in particular, took aim at Australia’s sharpened political rhetoric against China.

The key message appears to be that Australia should not get caught up in what Turnbull describes as “declaratory, rhetorical overdrive”.

Lowy Institute polling since 2018 shows that attitudes towards China have declined dramatically as “trust and confidence in China have hit rock bottom”.

Politics unavoidably played a role in the discussion. While Turnbull was careful in his critique of the Morrison government’s China policy, Rudd was blunt, arguing that by choosing to be US President Donald Trump’s “best buddy on everything”, Prime Minister Scott Morrison had undermined ties with China.

Times change. Rudd and Turnbull acknowledged that the strategic environment has shifted since their governments were in power. Australia is dealing with a changed China. But both also agreed that to improve the bilateral relationship, Australia should “talk less”.

Australia should avoid what Turnbull described as “ill-judged” “drums of war” language and to take domestic politics out of China policy. When asked about the prospect of conflict in the region, Turnbull referenced Taiwan and the ANZUS Treaty: “If the United States were involved in a conflict in the Pacific, we would be bound by ANZUS.” On how to reset the bilateral relationship, Rudd thinks Australia should “work with Taiwan and the United States … towards an end point which is a new strategic joint framework” so that Australia doesn’t “end up tripping into by accident a crisis like war”.

As human rights abuses in Xinjiang continue, Turnbull argued that “we should not turn a blind eye to human rights abuses anywhere in the world.” But he tempered expectations. “We won't change China and China won’t change us.” Sanctions, such as Australia’s recent agreement to Magnitsky-style human rights sanctions and travel bans are helpful, but Australia needs to recognise that the bilateral relationship goes beyond trade. There are limits to the effectiveness of sanctions in preventing human rights abuses, and addressing flagrant violations requires multilateral cooperation.

Climate change is a key area of collaboration for Australia, China and US relations. With the Intergovernmental Panel on Climate Change’s Sixth Assessment Report warning of a rise in the Earth’s temperature above 1.5 degrees within the next two decades and in the lead up to the Glasgow Climate Change Conference in November, Turnbull says that “everyone in the world has to act”. As relations have worsened, “areas of trust have been diminished”, and the US and China will need “to identify boundaries” to collaborate on climate change.

A final takeaway? The key message appears to be that Australia should not get caught up in what Turnbull describes as “declaratory, rhetorical overdrive”. That might put a different complexion on the 14 grievances list handed to Australian journalists, for example. According to both Rudd and Turnbull, Xi is focused primarily on Chinese domestic public opinion. So policymakers should recognise that China’s Australia policy is more about China than it is Australia.